Come and check out the latest from Privateer Press. Some creepy, eldritch horrors lead the way with Infernal minis, and then check out the new Mon-Poc!

The Infernals might be up to no good, but you’d better believe their miniatures look all kinds of amazing. Grab a couple of solos, or dip into Monsterpocalypse now with the new G.U.A.R.D. units. Come check them out! 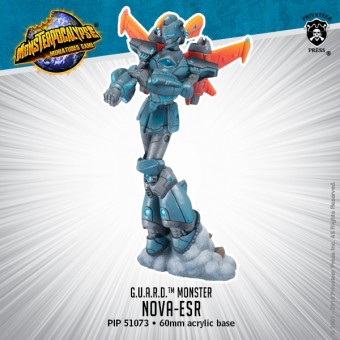 While most of the sentinels of G.U.A.R.D. are bulky and heavily armored, Nova ESR (Extreme Situation Responder) was built to be fast and nimble. Incorporating advanced engines and boasting an impressive range of articulated movement, Nova’s pilot can often avoid incoming attacks entirely. Nova ESR has been outfitted with an impressive arsenal of ranged firepower to exploit her maneuverability. The current pilot, Astrid Iverson, qualified for this assignment after testing off the charts for both reaction speed and situational awareness. 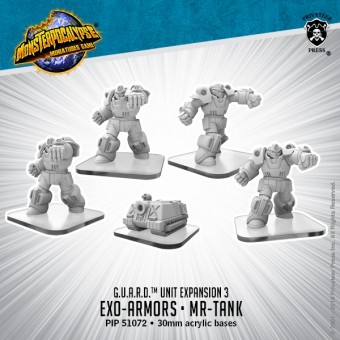 G.U.A.R.D. has proven its facility at manufacturing powerful mechanized warriors. In addition to the larger “super mech” weapons platforms, it has unleashed a large number of smaller exo-armors to assist in flexible ground support. These mechs are extremely durable, being all but immune to explosions in their vicinity. While some of G.U.A.R.D.’s weaponry was based on preexisting designs, the heavy Monster Response Tank was created specifically to assist in encounters with gargantuan Monsters. The focused firepower of MR-Tanks exceeds all previous developments, enabling these machines to potentially damage even the greatest of Earth’s threats. 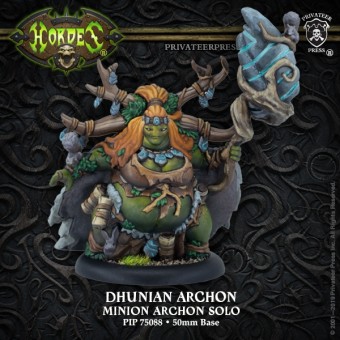 Dhunia is the goddess of life itself, of Caen, of the seasons, and of the cycle of birth, death, and rebirth. The boons Dhunia has bestowed upon her chosen peoples are many, but she rarely interacts directly with mortals. That her archons are now manifesting more often is confirmation of the dire peril facing Caen. They bring with them the god-mother’s wrath. The manipulation and theft of souls is particularly loathed by these archons, and they ruthlessly punish those guilty of such actions, drawing on the power of nature itself. 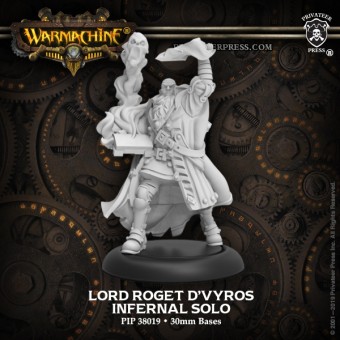 An arcanist who becomes an infernalist can seize a leadership position among the cults, attracting others into their pacts. Lord Roget d’Vyros is an example of one who has risen to such a position. A former member of the Order of the Golden Crucible, Roget is glad to have put that group behind him and now openly serves his new masters. His arcane skill was once mediocre, but he has achieved harmonic exaltation with the infernals, able to augment their strength and to borrow their greater magic to employ as his own. 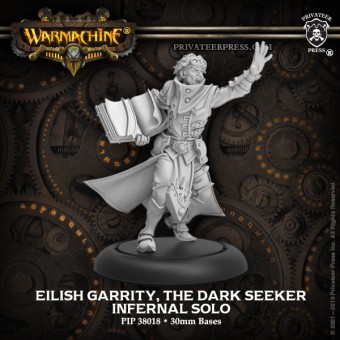 Nowhere is the potential scope of infernal corruption more evident than with Eilish Garrity, the once affable arcanist of the Black River Irregular mercenaries. Eilish still sees in the mirror the man he once was. When speaking to outsiders, his charm can return, allowing him to present a smiling face to those who, moments later, are overwhelmed by his magic and offered to his infernal masters. He is addicted to power, with a thirst for hidden knowledge that has taken him down a path to disgrace and degradation. He greedily accepted the forbidden lore that was offered him and, in doing so, damned himself beyond redemption.