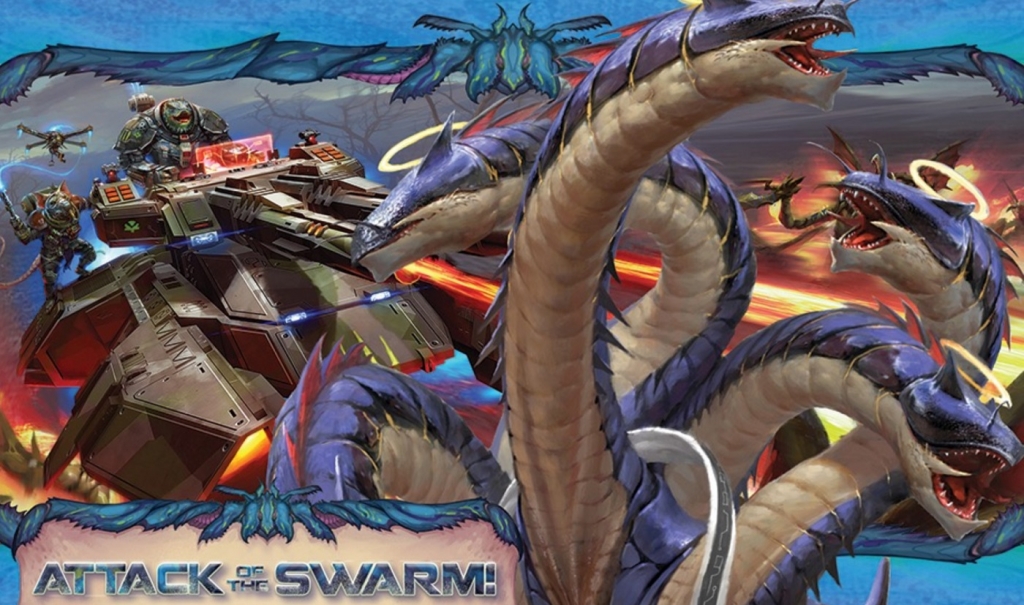 Having been beset by the all-devouring Swarm, a veritable Flood of all-devouring life, a group of Starfinders has gone to strange lengths to take on the monstrous core at the heart of the Swarm. From venturing deep into the mental labyrinth of the hive-mind, to securing a holy relic that can fight the ascended creature leading them, the Starfinders must now take on the divinity of the god-host, if they are to survive the final attack of the Swarm.

Starfinder Attack of the Swarm: The God-Host Ascends – $24.99 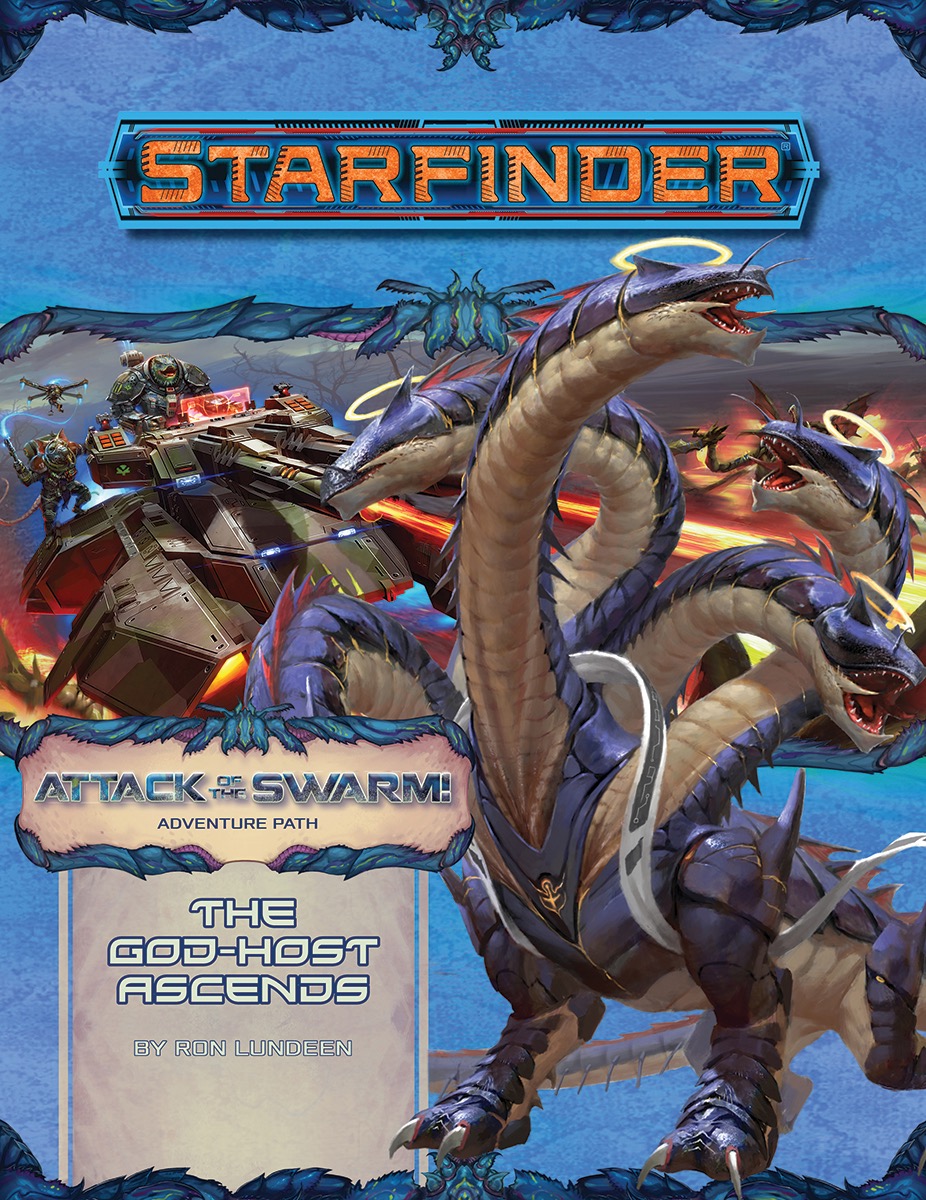 The heroes have sent the Swarm into disarray, but the entity called the God-Host still stands on the verge of completing its plans. To ensure an end to the threat, the heroes at last return to their overrun homeworld—but this time with the might of an entire military behind them! Only by finally defeating the massive God-Host can the PCs break the will of the Swarm army and bring peace back to Suskillon!

“The God-Host Ascends” is a Starfinder Roleplaying Game adventure for four 11th-level characters. This adventure concludes the Attack of the Swarm! Adventure Path, a six-part, monthly campaign in which the heroes fight back against a ruthless and nigh-unstoppable alien invasion. This volume also includes an article on continuing the Adventure Path’s story with new threats, an assortment of new military vehicles, and a selection of new Swarm monsters and other deadly threats.

Each monthly full-color softcover Starfinder Adventure Path volume contains a new installment of a series of interconnected science-fantasy quests that together create a fully developed plot of sweeping scale and epic challenges. Each 64-page volume of the Starfinder Adventure Path also contains in—depth articles that detail and expand the Starfinder campaign setting and provide new rules, a host of exciting new monsters and alien races, a new planet to explore and starship to pilot, and more!