There’s news out in the rumorsphere about the Dark Angels and the next volume of Psychic Awakening.

The next volume of Psychic Awakening is named  Ritual of the Damned and includes the Dark Angels, Thousand Sons and Grey Knights. Here’s the latest rumors of what it contains:

“I’ve been told DA get a new primaris character who’s focused on character killing. We’ll see I guess! Shame not to get a new Azrael model”

via Chapter Master Valrek on B&C

I got sent some information regarding the next part and I think it could end being the model for this part of the Awakening. I was sent the summary of two unleashed stories for Ritual of the Damned.

The Piercing Eyes and shows that the GK are monitoring the Planet of the Sorcerers and its surface activity. It also shows how the TS are prepared for this, blah blah.. and has some beautiful written descriptions of the surface nature of the planet and what it looks like. Magnus knows they are coming and apparently makes it known during the GKs’ prying

Features a guy named Lazarus who is a DA Company Master. He was wounded trying to thwart some Thousand Sons and has crossed the Rubicon. The Dark Angels were called upon by the GK– apparently things are so bad they need backup. They mention that this Lazarus fellows’ sword is one of the instruments to bring retribution to the Thousand Sons for also sacking their secret rooms within the Rock

Lazarus was is the now the Captain of 5th Company after Balthazar died. He had a whole segment dedicated to him in the Dark Angel White dwarf on how he hates the Thousands Sons etc, so it connects him to this. I wonder if he will be the model for this event.

Some quotes from the stories featuring Lazarus:

– The sorcerer glanced over at Lazarus, a contemptuous gaze and disdainful scoff his only reply before his vision return to the prism and his ritual continued”
– “Lazarus renamed the blade ‘Enmity’s Edge,’ and with it the Dark Angels would have their Vengeance”
– “Kindle the fire that burns within you, nurture it into a searing fury, and bring down retribution upon Magnus and his sorcerous legions for the destitution they have brought upon our Chapter” 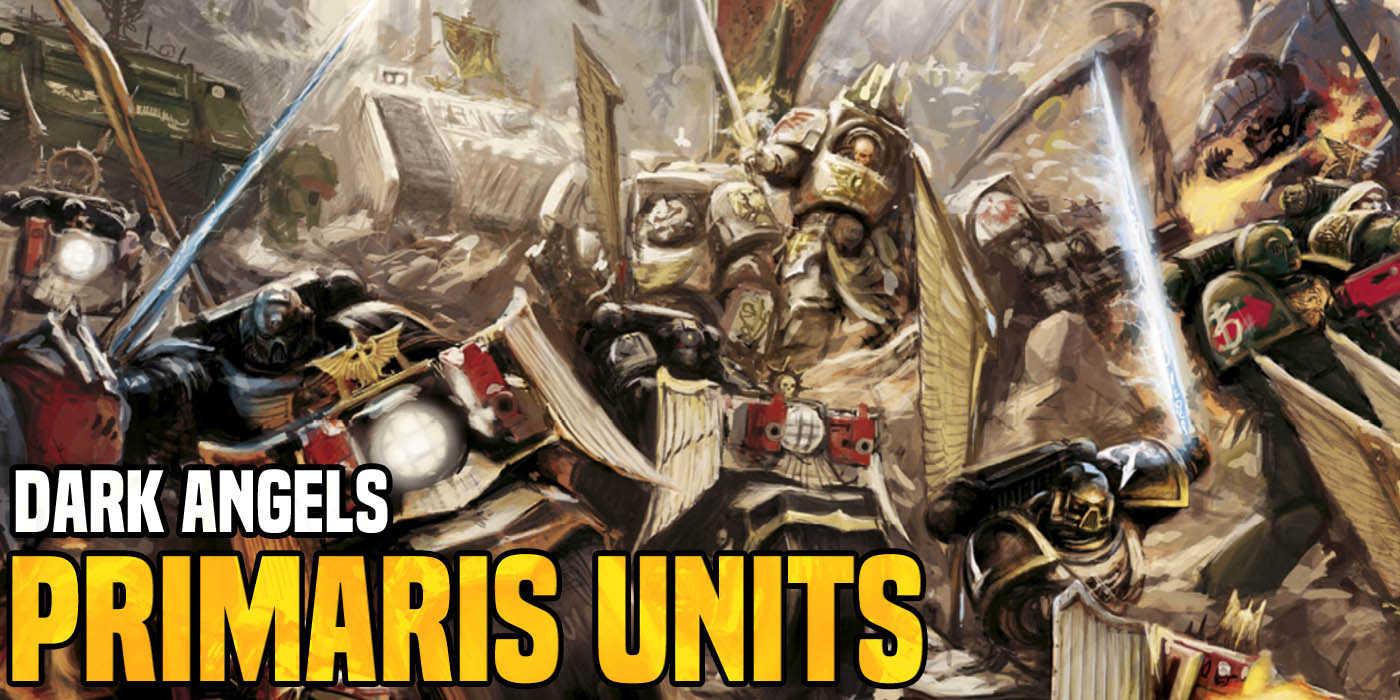 The rumor consensus is that DAs are getting a Primaris Lazarus as a new character. We’ll have to wait and see just how much love the Dark Angels get, but I’m sure they will get the same treatment the Blood Angels saw in Blood of Baal. Meaning a full update for their codex to bring them into line with the new Space Marine codex, and hopefully that new character to boot. While I have my fingers crossed for this rumor to pan out – I’m really hoping for something serious to buff the Grey Knights who need the love much, MUCH more.

~Standard caveats apply, but let’s hope all three armies get help in PA:4. Have at it!