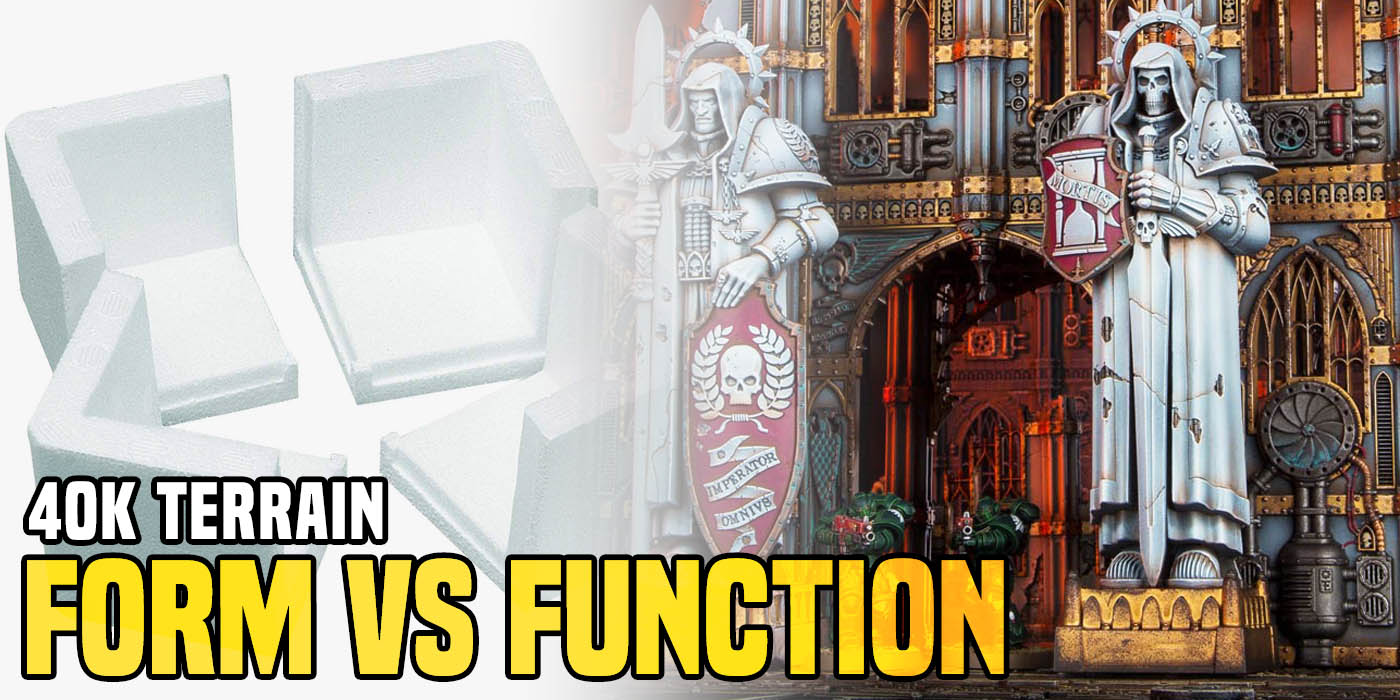 Adam, from TFG Radio, ready to start the new year with talk about terrain design in competitive 40K.

We are currently witnessing an increase in  tournament attendance. As I have mentioned before, this increase in activity has caused a number of events to have a large number of players at these events. They have even caused the number of events themselves to grow. This rapid growth in both the people and events can result in a strain to the resources that some tournament organizers have available to them. The apparent need for some tournament organizers to reach a large number of players as soon as possible has caused some issues within the community. In the last couple of years we have seen plenty of examples of tournament organizers that maybe reached a little too far and, as a result, fell short of a lot of player’s expectations in a number of areas. One of these areas was in the quality of the terrain for these events. In the rush to get as many people to play in an event, the terrain for those events suffered. There is currently a discussion among many tournament organizers as to the quality of terrain for the tabletop. They mainly fall into two camps, one that is about the immersion of the game, and one that is more about the functionality of the terrain. 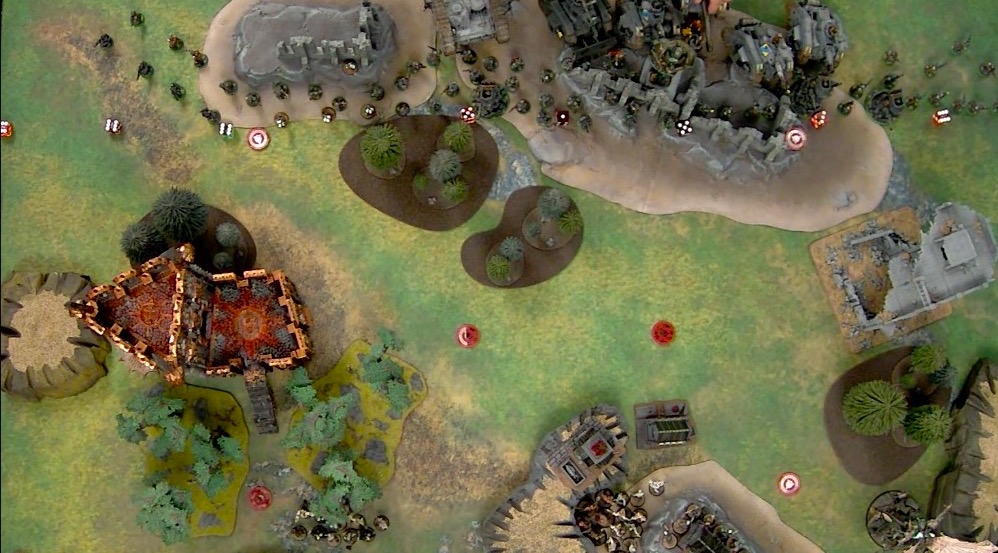 On one hand we have tournament organizers that like their terrain to be somewhat immersive as well as functional. These are tables that have a theme, where the mat and terrain match. Each table may not be different but there are a number of tables that have the same theme or feel. These are usually the tournament organizers that 3d print all kinds of different terrain pieces to suit whichever table they are supposed to be on. This can sometimes allow a tournament to have a unique take in that each table can be different, or even allow a tournament to have special rules, or missions, just for those tables. Although people are playing in a tournament, lets be honest, not everyone has a shot at the top spot. Many people are there just to roll dice and meet new people. By having pieces of terrain that give you some type of immersion many times brings an added sense of fun to the game as, while competing in a tournament, two players can weave a story while their armies battle it out. Some downsides are that there may be parts of a terrain piece that models cannot stand on, or have to use wobbly model rule a lot, and that there may be parts of a terrain piece that seems to be of no use at all. Cost can also be an issue for some organizers but there are ways to mitigate it. 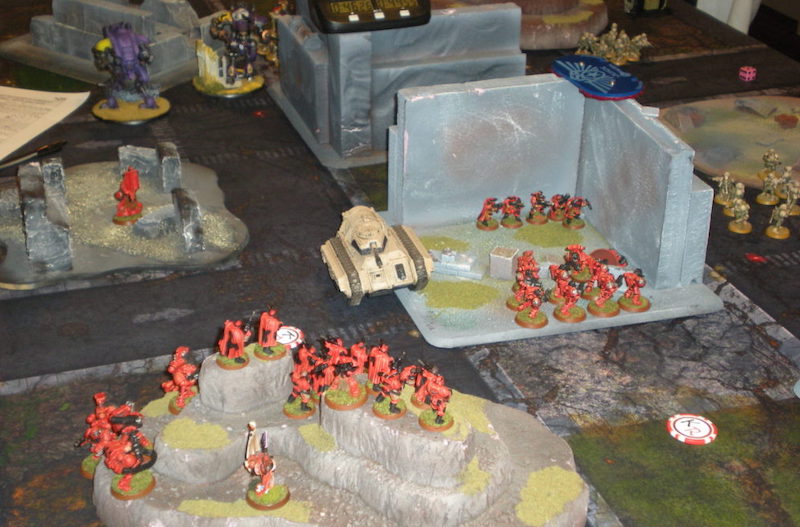 On the other end you have table that may not look the best but they perform the job they are designed to. Many times they are usually made of paper or MDF board or some other type of cheap material. They are easy to build and many times very easy to store when not in use. They allow for easy set up and can easily be used to have tables that are uniform throughout. They are very easy to paint, if they are painted at all. They are easy to design and are usually designed with the stability of the various models in mind, so you usually do not have an issue with wobbly model syndrome. Many newer tournament goers like this style of terrain, where they perform the function that they are intended, and are not bothered by the aesthetic of the terrain being less than pleasing. Some issues with the terrain is that it is not as nice to watch for those that are not familiar with competitive 40K or for some that  are familiar with it. One person described it as not having any “heart” when he sees these types of tables. The issue of uniform tables causes the games to become boring and static since, once the tabletop puzzle has been solved, then playing on the same table set up all the time gets boring, which is added to the fact that you probably already know what’s going to happen. For some it’s fine as they just want to get games in and are not concerned how good it looks. If you’re looking for something low cost for your table, these would work fine.

~That’s all for this week. I hope you enjoyed the article. For myself, I am an old school Games Workshop tournament player so I prefer the immersive terrain for my tournaments. What do you think? Let us know in the comments below!