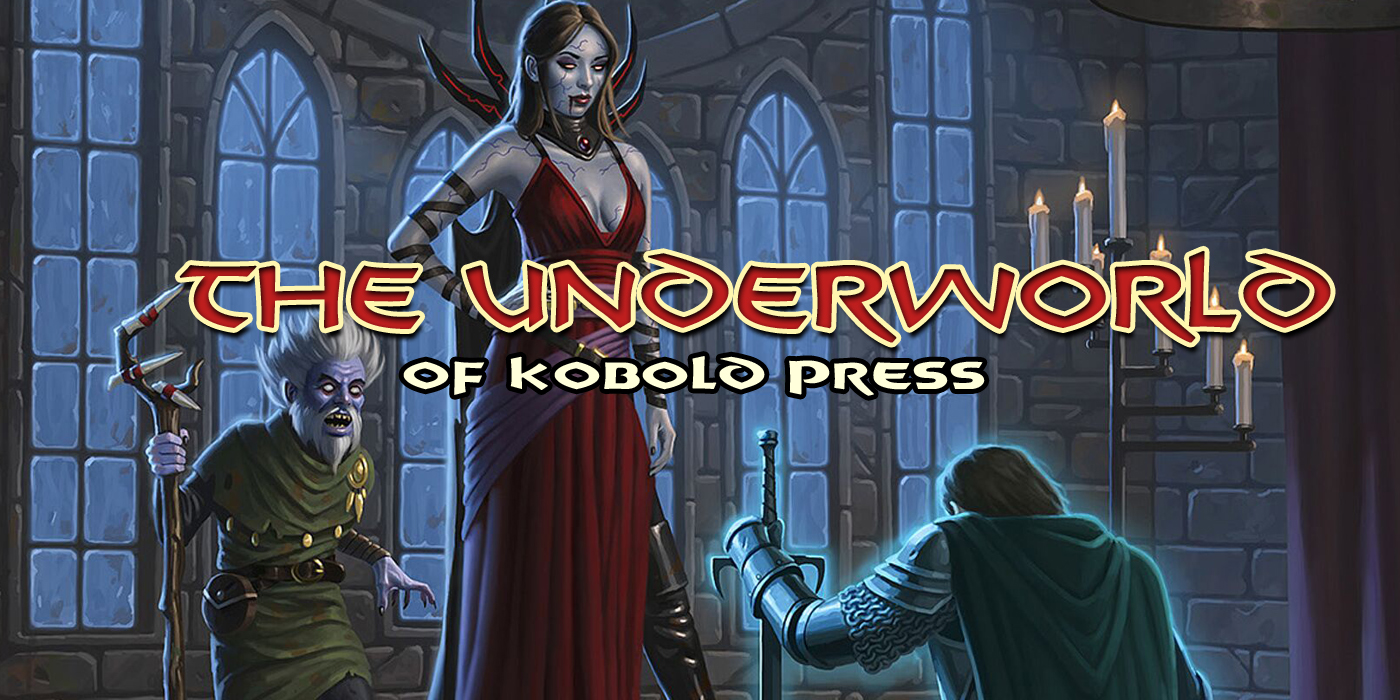 Three new books are poised to take you deep into the Underworld, where dead kingdoms rule and horrific new adventures await.

You might recall Kobold Press’ big Underworld campaign from last year’s Kickstarter. Well the books are starting to roll in, and churning deep beneath the world, amid kingdoms of drow and vampires and ghouls, adventure beckons. Come and take a look at what sorts of things await you in the Underworld as we preview three books from Kobold Press’ 5E campaign for the Underworld. 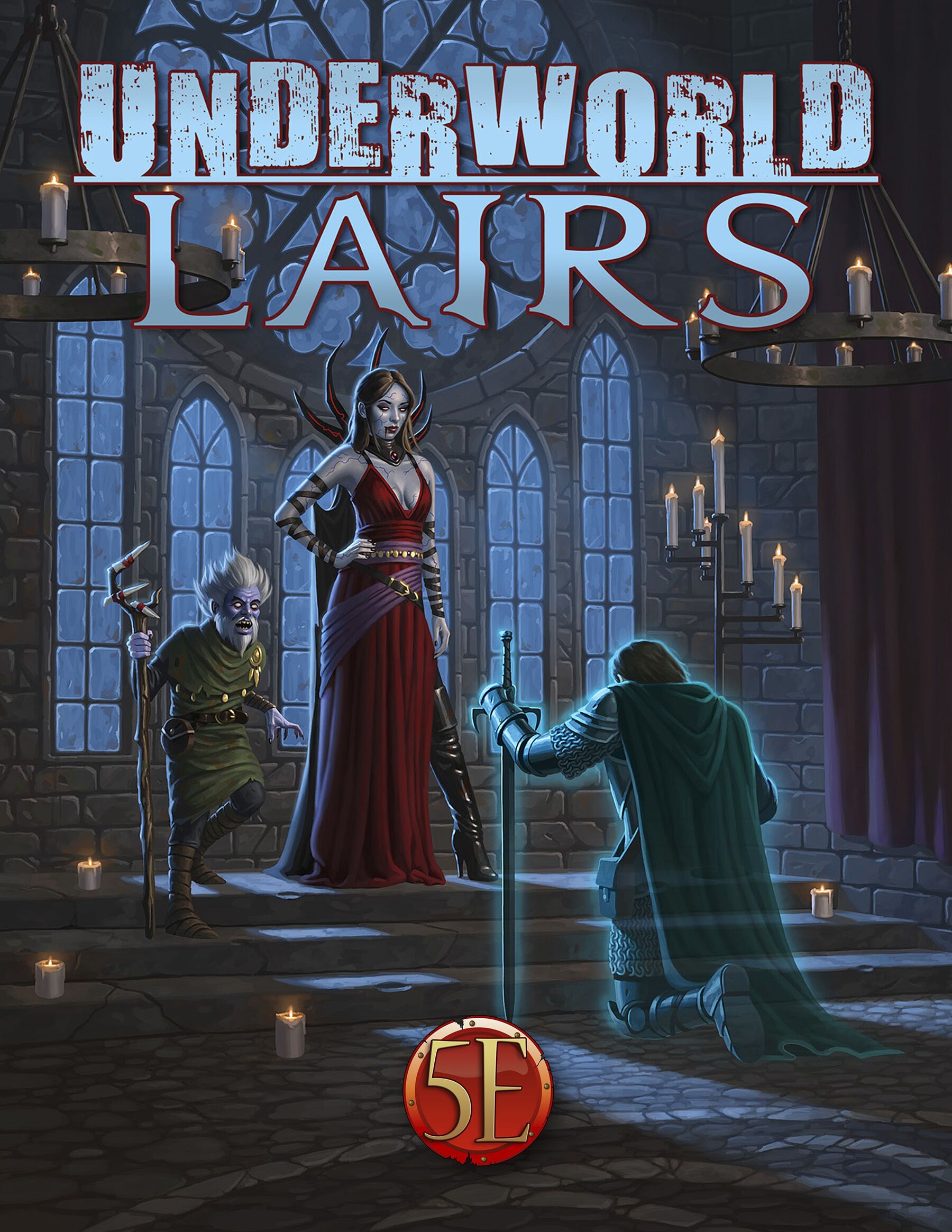 Darkness, discovery, and new means of death lie within the Underworld…

Inside, you’ll find these eerie environments: an encampment of the nearly extinct drow defending an Underworld entrance; a cathedral lit by the eerie green glow of thousands of candles; a powerful lich inhabiting the corpse of a giant petrified worm…plus much more.

This standalone, single-map adventures for characters of levels 3 to 14 will challenge players with strange societies such as derro and darakhul, fantastical locations like the Skullcap Forrest, or an outpost of the Ghoul Imperium, and powerful opposition like a clan of cave giants known as the Sunseeker tribe.

Use these as a stop along your campaign or a single, standalone session. Whether a party of heroes or those of…flexible moral fiber, they will enjoy the struggle and triumph of these Underworld Lairs. That is, unless the cave dragon adds them to the foundation of his ziggurat of bones. 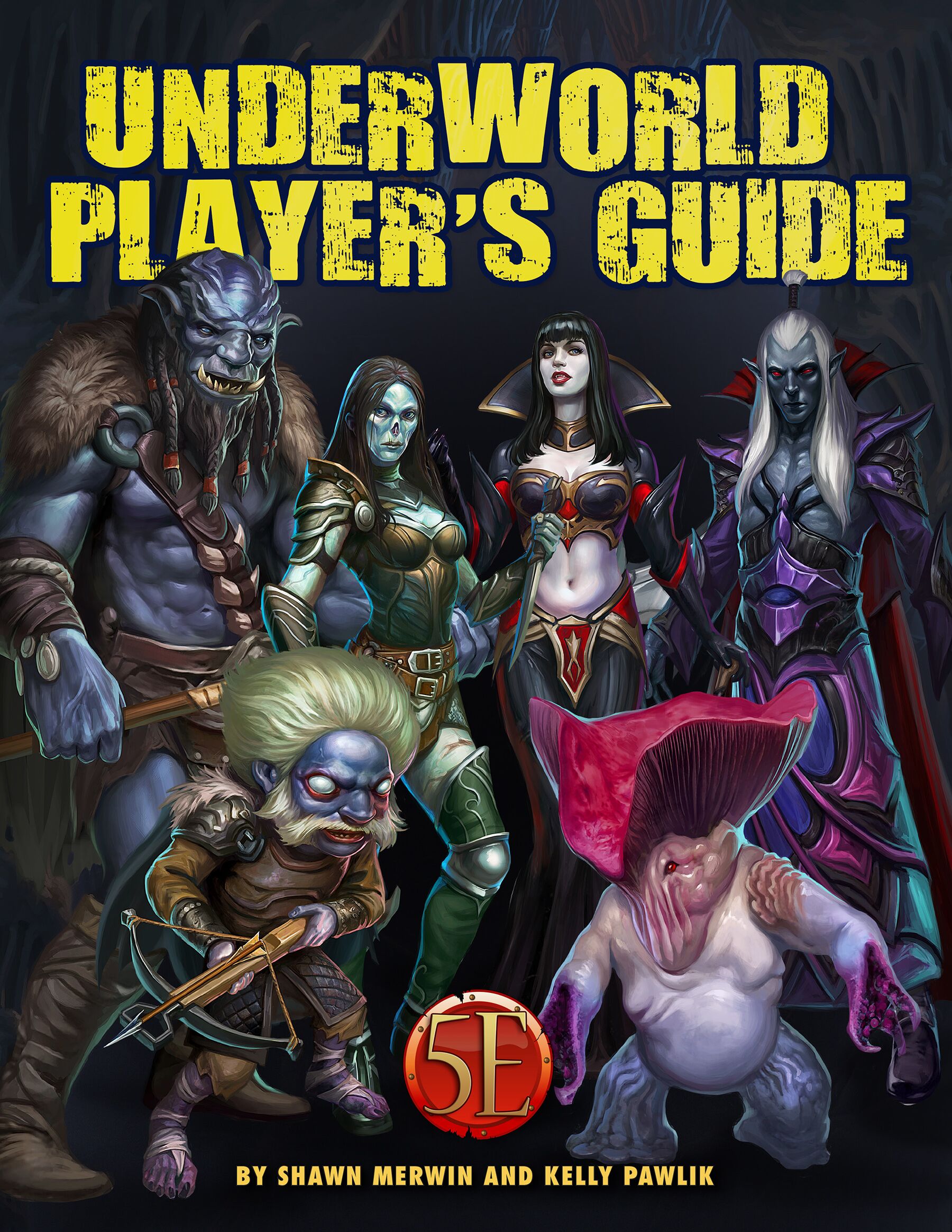 Not all heroes wear shining armor…

The undead, ghoul bat drops like rotten fruit, startling a bandit. Sent from the shadow, the creature keeps its master from being noticed. The hidden darakhul ranger draws an arrow dripping in death on a gnarled black bow.

This book provides character options well beyond the norm. Inside, you’ll find eight playable races and options for the 5th edition of the world’s first RPG, including: mushroom folk, deep trollkin, the nearly extinct drow, and many more. These new options draw upon all new backgrounds as well, such as the Siwali Embalmer and Ghoul Imperium Deserter.

Uncover new Underworld sub-classes that fit your new character like a body in a tomb:

● Herald of the Ebon Star Roguish Archetype
● Grave Binder and White Necromancer Arcane Traditions
● Primal Path of the Sarastran
● Imperial Hunter Ranger Archetype
● And many others!

Empire of the Ghouls 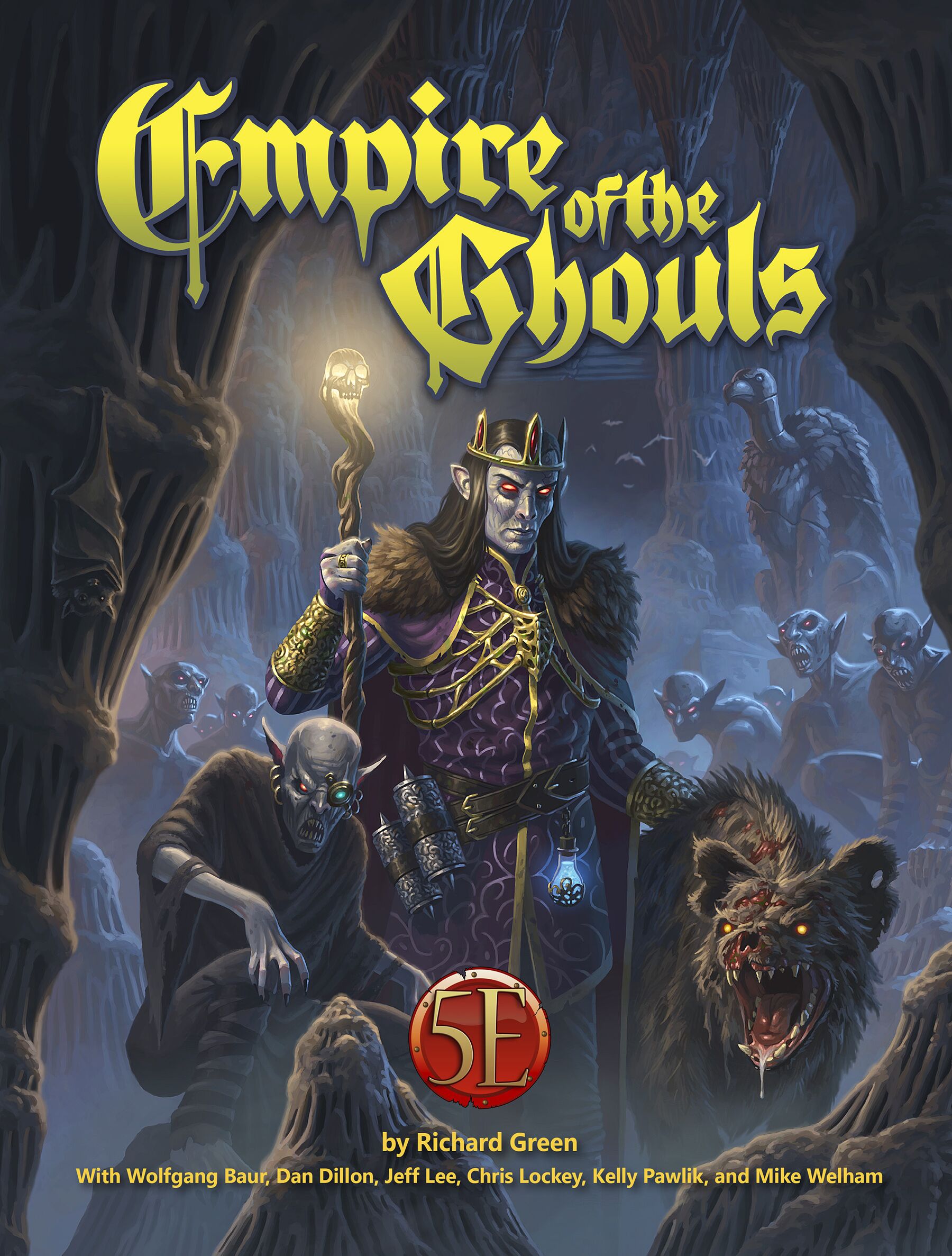 Dark motives and darker alliances in the darkest of times…

Citizens of Zobeck have gone missing, and tensions are growing. The catacombs beneath the urban abodes may have answers, but what lurks in them may not enjoy your company. Also, rumors swirl of an unholy marriage between blood thirsty factions. As haunting dreams and prophetic utterances swell, the danger becomes clear that such a union would be catastrophic.

The machinations of the ghouls swirl beneath the surface of the world, leading it closer to destruction. Who will uncover and stop these foul workings? Will your adventurers have the fortitude and ambition (or the greed and cunning) it takes to put a stop to (or take advantage of) these dark movements?

Inside, you’ll find a complete adventure for characters level 1–13 in the 5th edition of the world’s first RPG. You’ll also find a gazetteer detailing the Ghoul Imperium in the depths of the Underworld—complete with map!—and appendices filled with new cults, creatures, magic items, and NPCs.

All of these are slated for pre-order in March, with release dates near the end of April.