Strap in folks, we’re taking a look inside the upcoming Dice and Miscellany accessory, Laeral Silverhand’s Explorer’s Kit, which features eleven dice, a double-sided map of the Sword Coast and Waterdeep, and special cards that feature Laeral Silverhand’s “key insights on characters, locations, and lore from across the Forgotten Realms.” Each of these cards features a gorgeous piece of art, as well as lore meant to inspire and invite adventure and exploration. But what exactly are the key locations, characters, and lore you’ll be learning about? Glad you asked, let’s take a look.

In a weekly roundup, D&D’s Comms/PR maestro, Greg Tito, unveiled the new Explorer’s Kit, even going so far as to open it so folks could get a look at everything inside. And while we won’t see every single detail outlined in this video, you do get a glimpse of all 20 of the special cards included in the kit. Let’s take a look for ourselves and see what they are. 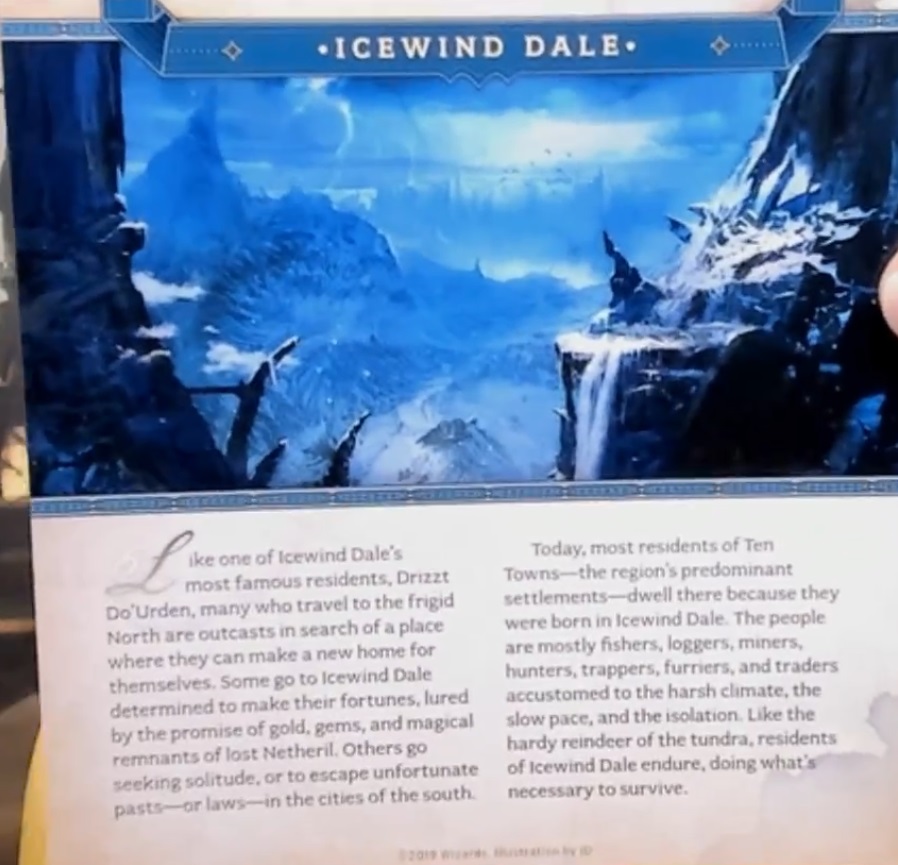 There’s a bit about Icewind Dale, which is more descriptive of the place than anything else. And I suppose that’s the key–these cards aren’t there to necessarily hold your hand and take you through each fantastic location discovered, they’re there to set the mood and the tone for these locations. Reading the card, you might never now that Bryn Shander is the capital or that White Dragons ruled at one point, but that’s not what it’s trying to do. This is everything you need to get the feel of Icewind Dale right. You get:

And that’s enough to play in Icewind Dale. The rest is just details. Presumably every card gets at least this much attention for their particular subject matter. Subjects like: 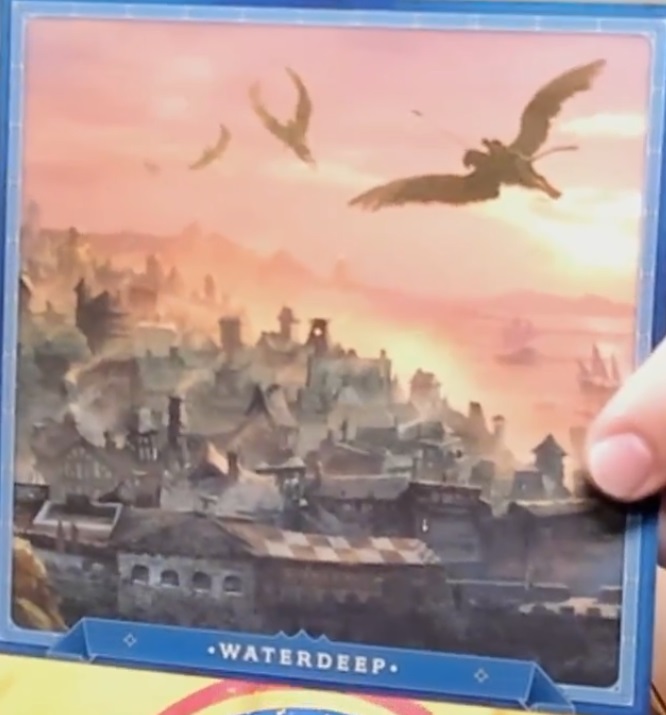 Okay this one’s a gimme, because it’s not only Laeral Silverhand’s home, where she rules as the only open lord, and there’s a double-sided map that features the city on one side. Still, it’s a start. 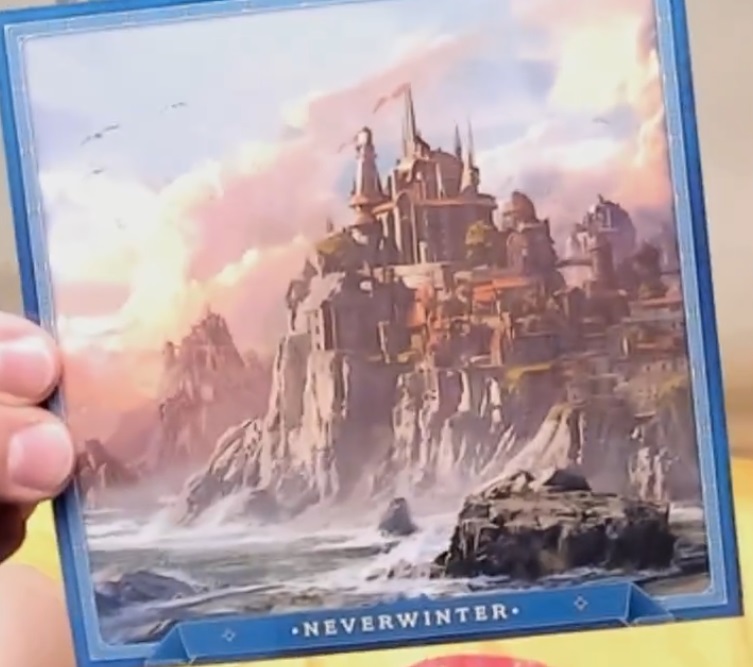 Actually it looks like a lot of things from the last three adventure books or so have some kind of presence. All of the major cities on the Sword Coast are represented here. 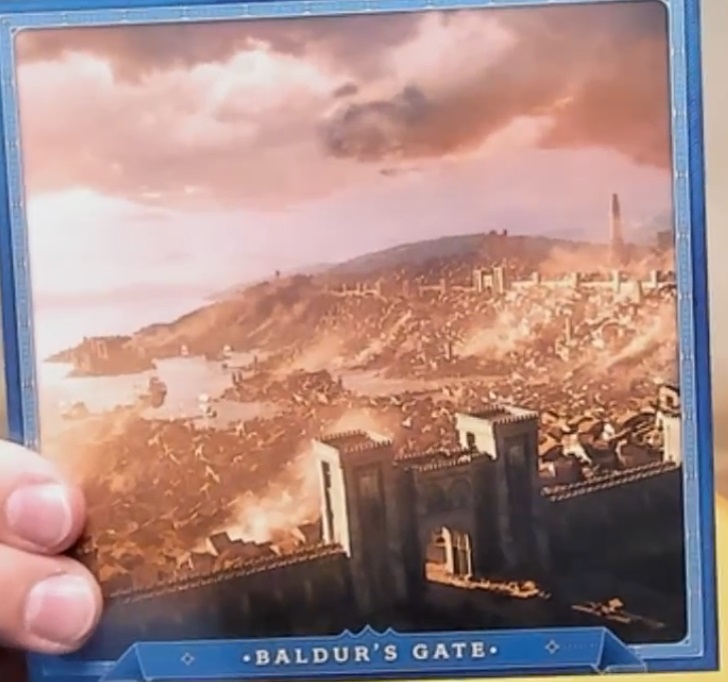 This art appears to be lifted from the Baldur’s Gate 3 trailer from Larian studios. But the Sword Coast cities aren’t the only ones here. Look across the seas at Port Nyanzaru, taken straight from the Tomb of Annihilation book. 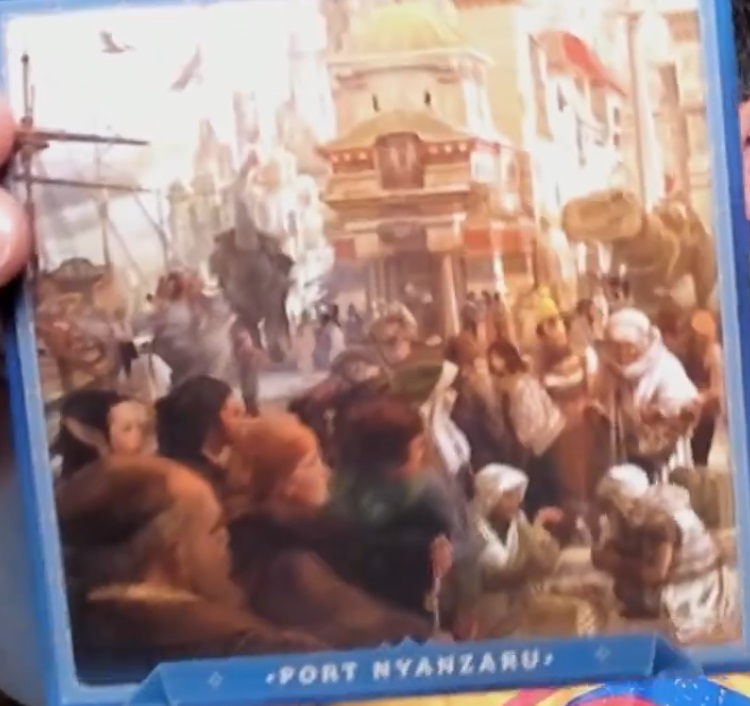 Or find yourself a good book to read at Candlekeep, straight out of Baldur’s Gate: Descent into Avernus. 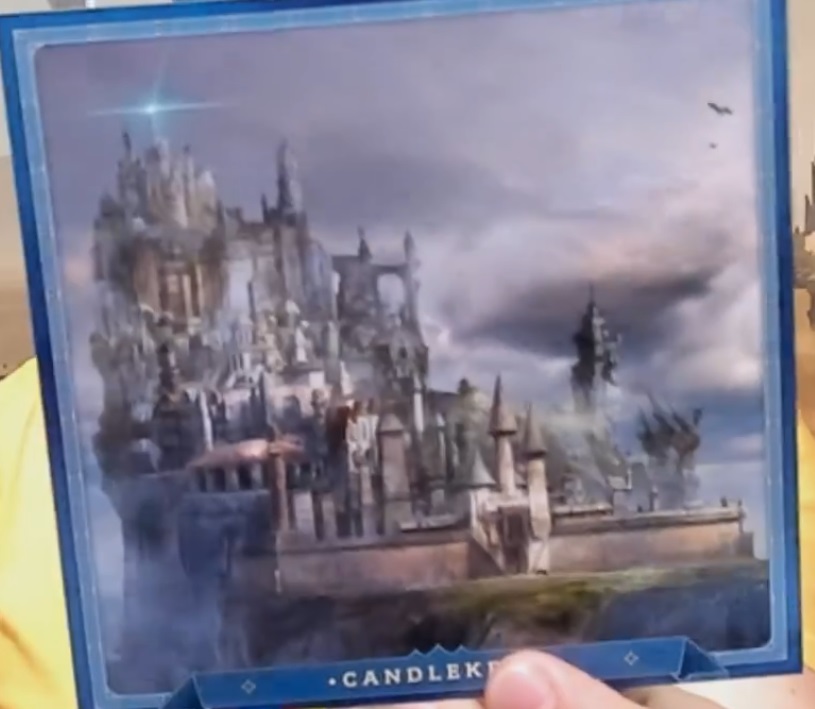 That’s it for cities and other locations–now let’s take a look at the different NPCs featured in the set. There’s a few famous faces, like Drizzt Do’Urden 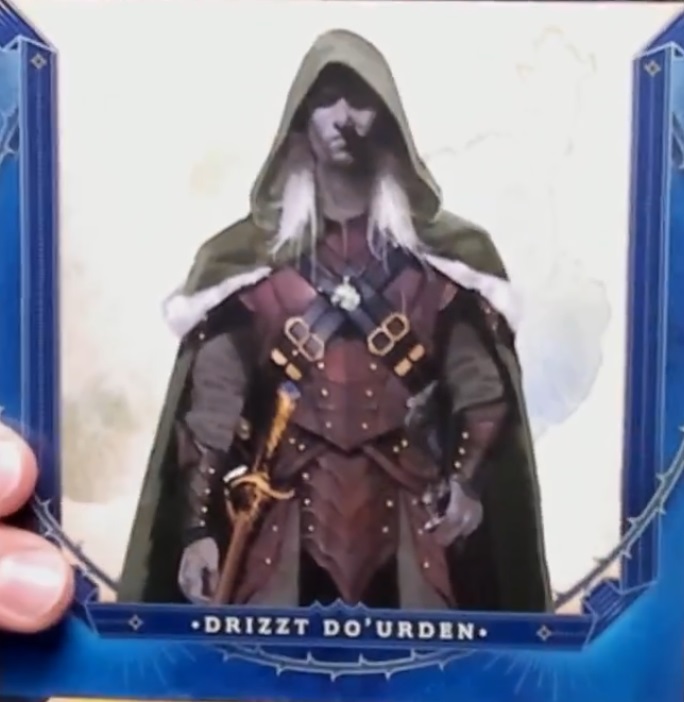 And newer NPCs like Vajra Safahr, the newest Blackstaff in service of Waterdeep. 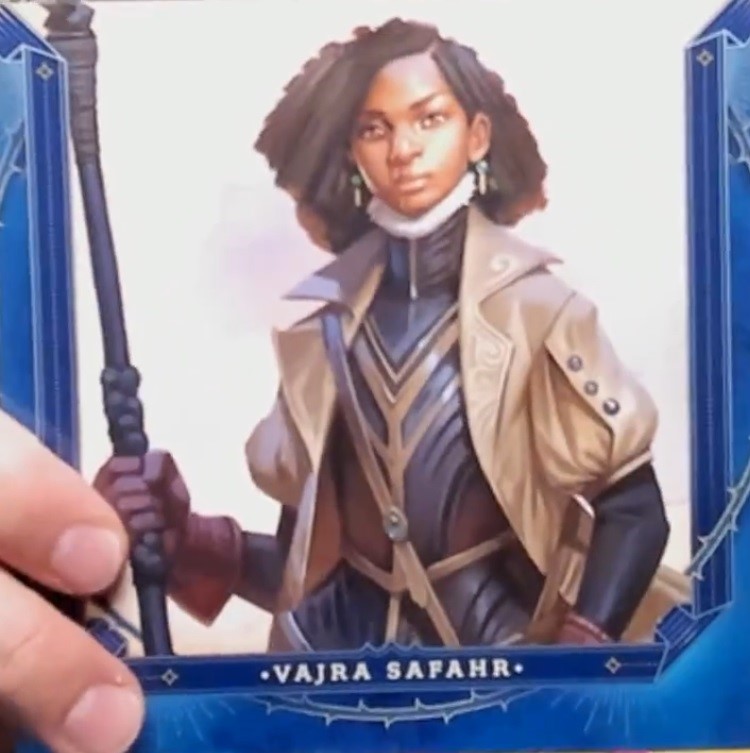 Along with Safahr, you will find all the old familiar Waterdhavians, including Mirt the Moneylender: 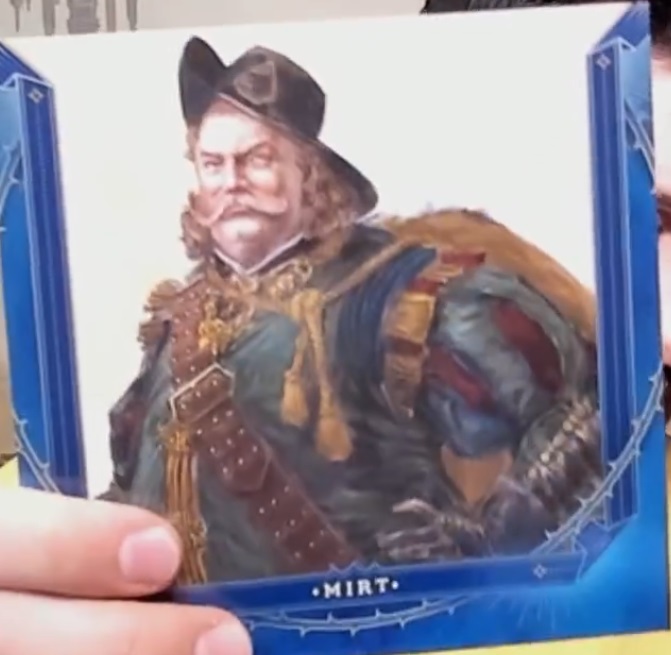 And his good friend Durnan, who runs the Yawning Portal out of Waterdeep. 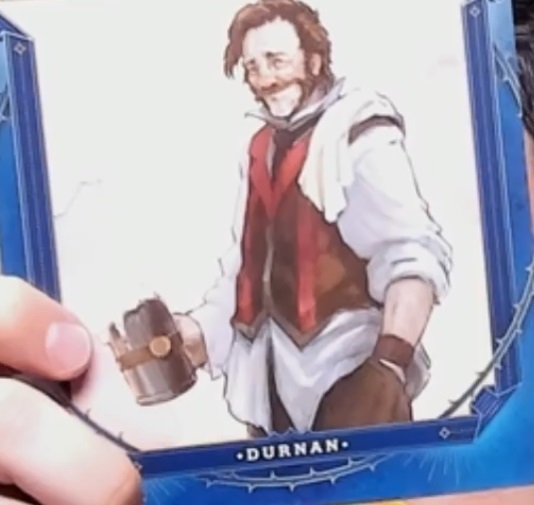 Perhaps you’d care to learn more about Laeral herself? Well she’s got a card. 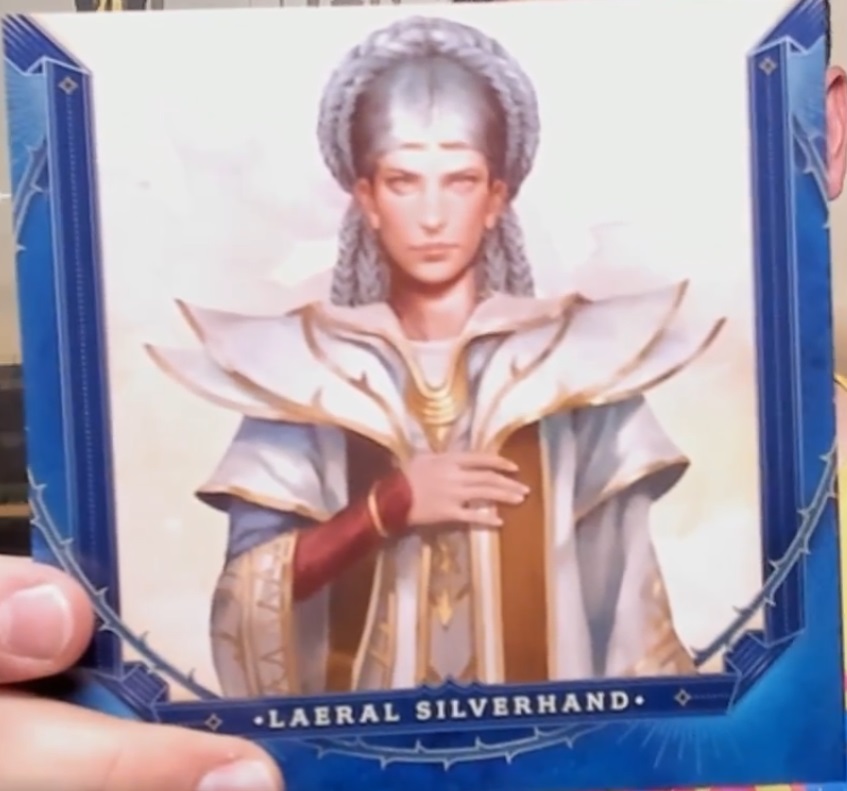 And, separate from whatever blurb is on the back of that card, you’ll also find a note from Laeral Silverhand. 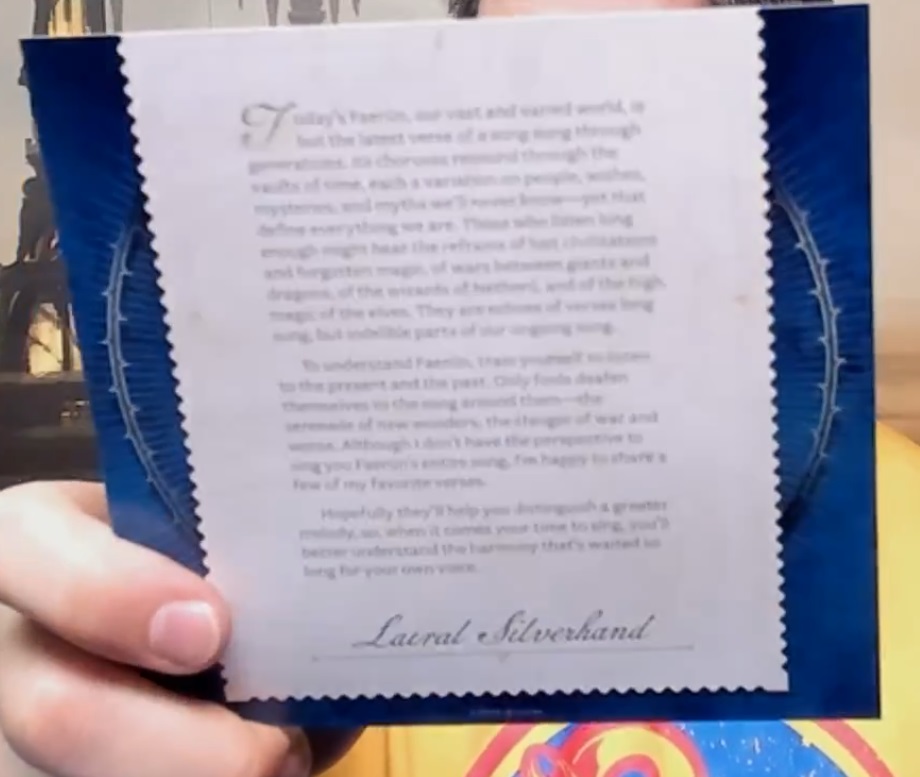 And most of the cool villains from Waterdeep: Dragon Heist, like my favorite drow, Jarlaxle Baenre. 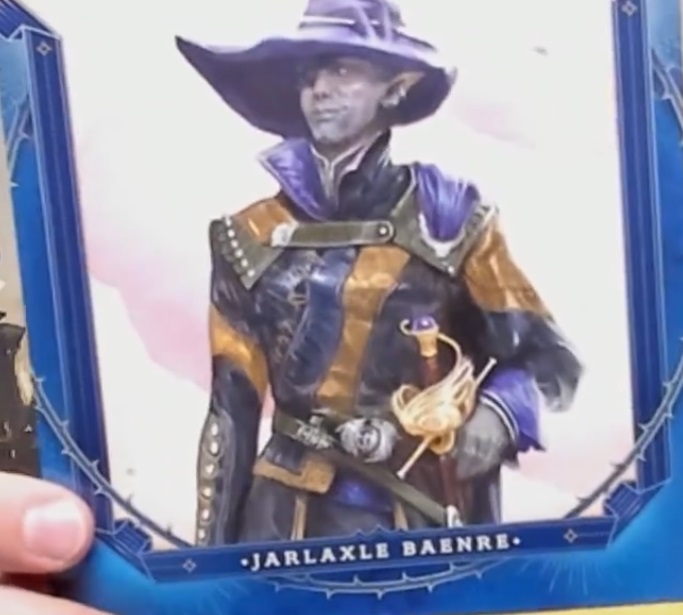 Or the blue beholder that broods over the underworld of Waterdeep, and the only being capable of penning a guide to everything, the Xanathar. 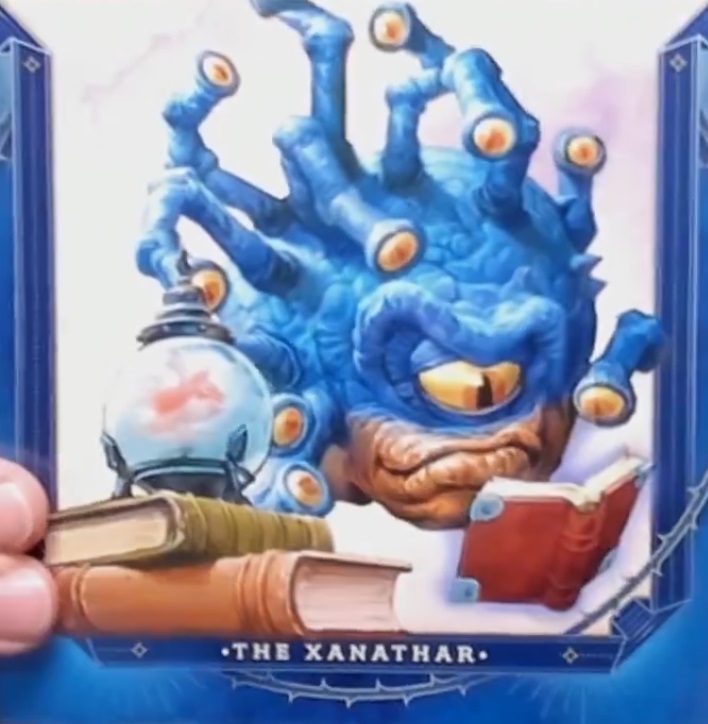 Or the only wizard brave enough to stand up to a high-level party: Halaster Blackcloak. 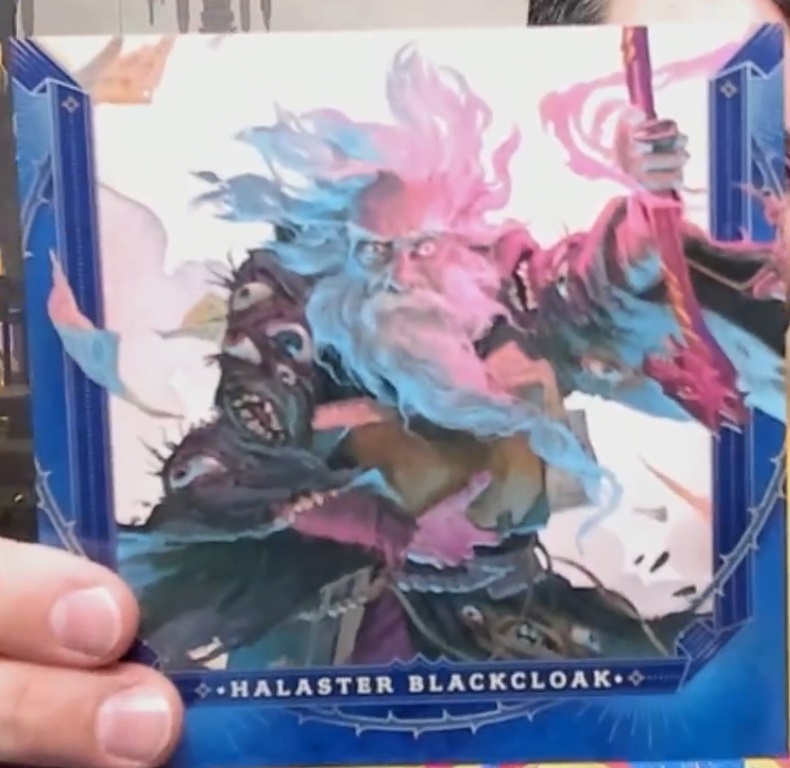 Finally, there’s Dagult Neverember, who mostly just stole a bunch of money from the city before disappearing who knows where, leaving most of it protected by a gold dragon until adventurers get their hands on it. 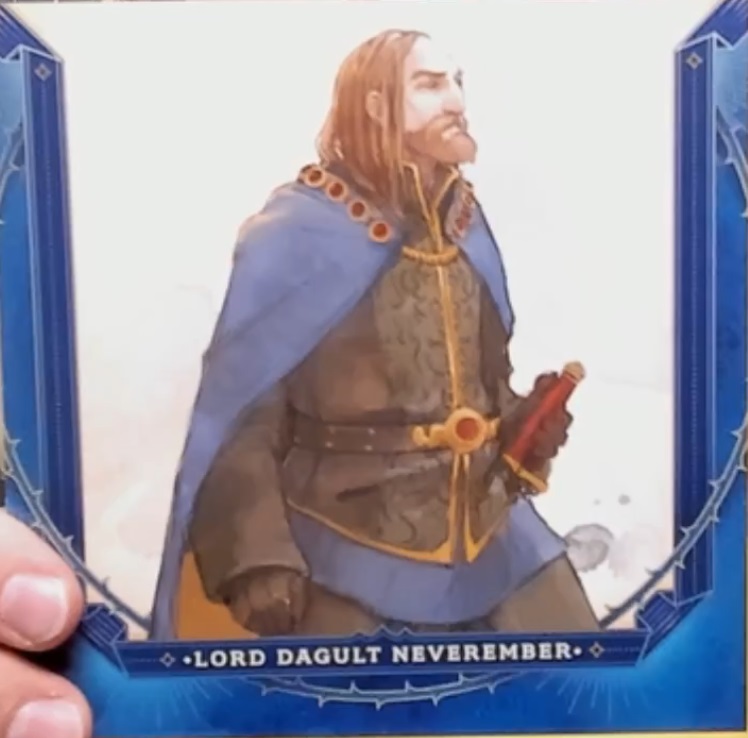 Finally, from Baldur’s Gate: Descent into Avernus, Grad Duke Ulder Ravengard, who has been maintaining a tenuous peace among the various factions of Baldur’s Gate. 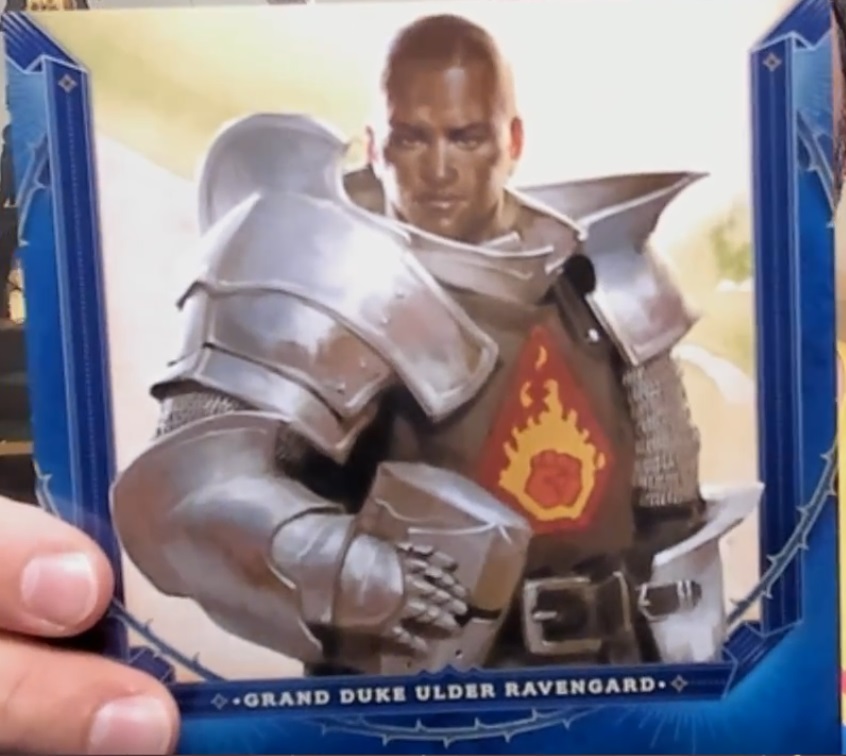 Speaking of factions and Baldur’s Gate–even the villainous cults are getting an entry in this pack. Here’s the Cult of the Dead Three, a bunch of murderous cultists who worship murder gods and when they start doing things in the open, you know things are getting real bad in Baldur’s Gate. 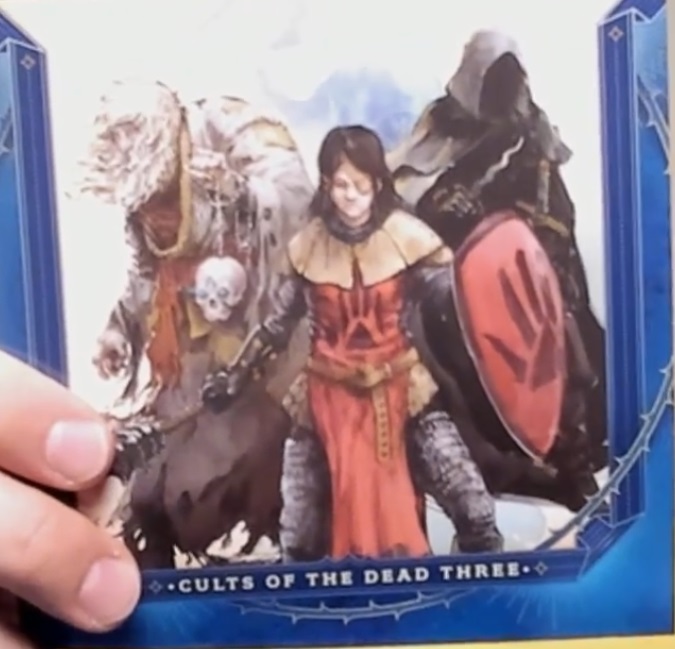 Or maybe the Zhentarim, who are definitely evil but no one can really prove why. 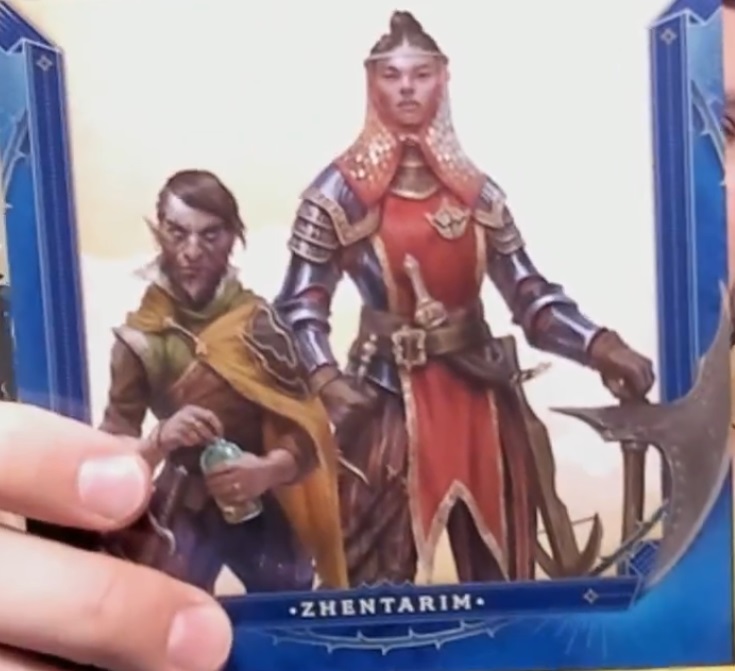 Finally, the Harpers, who are for heroes. 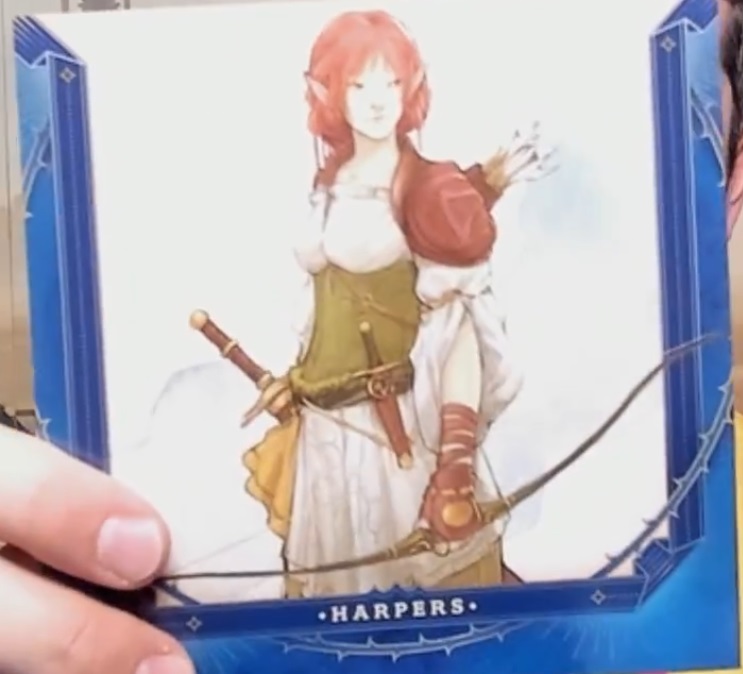 At any rate, that’s a representation of the last few years of adventures right in one kit. Are there clues to the next book? Or is it just a new way of looking at old material? We’ll find out soon.