Pimpcron: Kickstarter Made Buying a Hobby 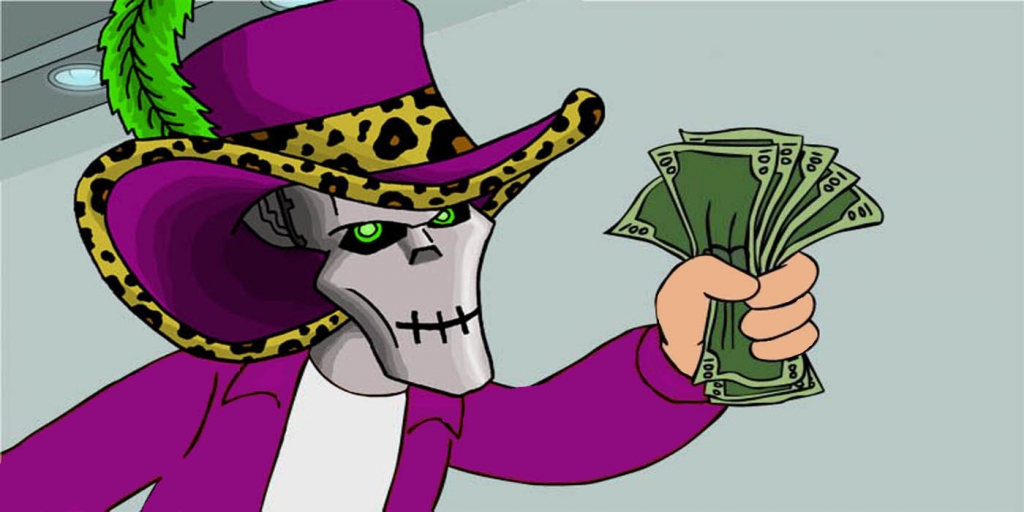 Pimpcron is both confused and irritated again.

Happy New Year! It’s that time again where everybody complains that the past year was “terrible” and they have such a bad life. It’s a time where everyone sets goals that could have been set at literally any point in the last twelve months but weren’t. A new year is also time for the aspirations of a new you but with the same assertiveness and follow through that made you terrible last year. This time of year is also a time when people look at their piles and piles of Kickstarted games and swear that they will play some of them.

Kickstarter: What Is It Really?

Like so many other revolutionary things, Kickstarter is up there with the Cotton Gin and Model T. This may sound dramatic, and it IS! Muahahahaha. 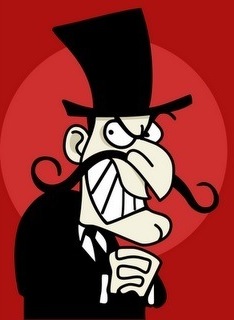 Kickstarter has revolutionized the gaming industry by making it easier than ever for small companies and individual people to raise money for projects. And given our primal urges for new miniatures and games as seen below, we all know that gamers have no choice but buy every single little thing that even grazes our fancy. Seriously though, thanks to Kickstarter, it has never been easier to make your dream a reality through crowd sourcing. That is a new thing that did not exist over a decade ago.

The problem with Kickstarter though, is that everybody funds these things, and nobody plays them. I have a friend that we call Bliggity Blam Steve, and he is single handedly responsible for at least 10% of Kickstarter sales each year. If someone ever thought about submitting something to Kickstarter, he has a copy of it. When I go to his house and he loves to show me all the boards games, card games, and miniatures games he has Kickstarted, but has never played. I am both horrified and impressed. I had previously made the mistake of letting him talk me into going in together on Kickstarters. Projects that he never bothered to assemble to play. 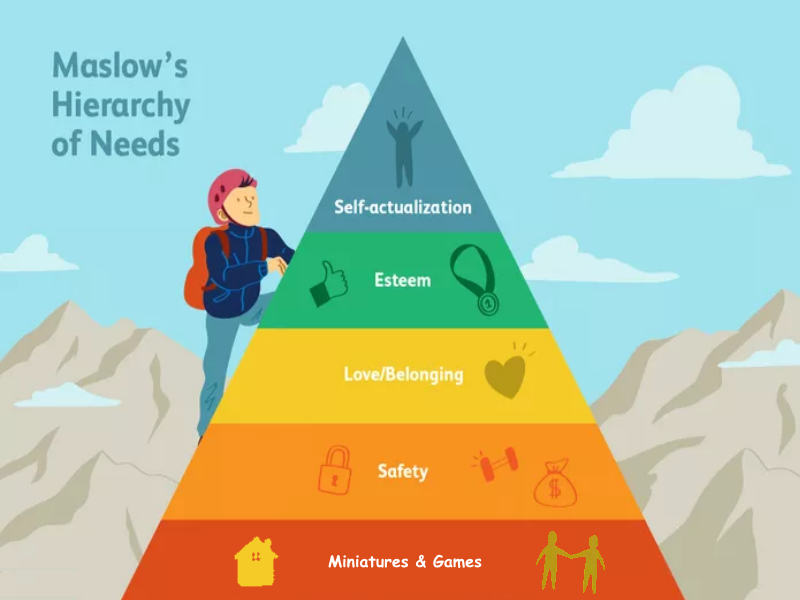 So now I have several Kickstarters that collect dust. Or at least they did before I created the skirmish Brutality that uses 28mm models from any genre. Actually, that is the key reason why I created it; to use the models from games I never used.

Have We Lost Our Way?

You know, when this hobby first started it was about playing it on the cheap. Your models were cheap and there was no such thing as codex creep. Even games such as historicals that might require lots of models often used a small scale such as 15mm to make it cheaper to play. Terrain was made by hand out of trash and recycled into hills, bunkers, etc. I know that when I first started making my own wargames in the late 90’s (before I discovered Warhammer) I would make an entire game with $20 worth of supplies. Back then I would scoff if something cost me $50. 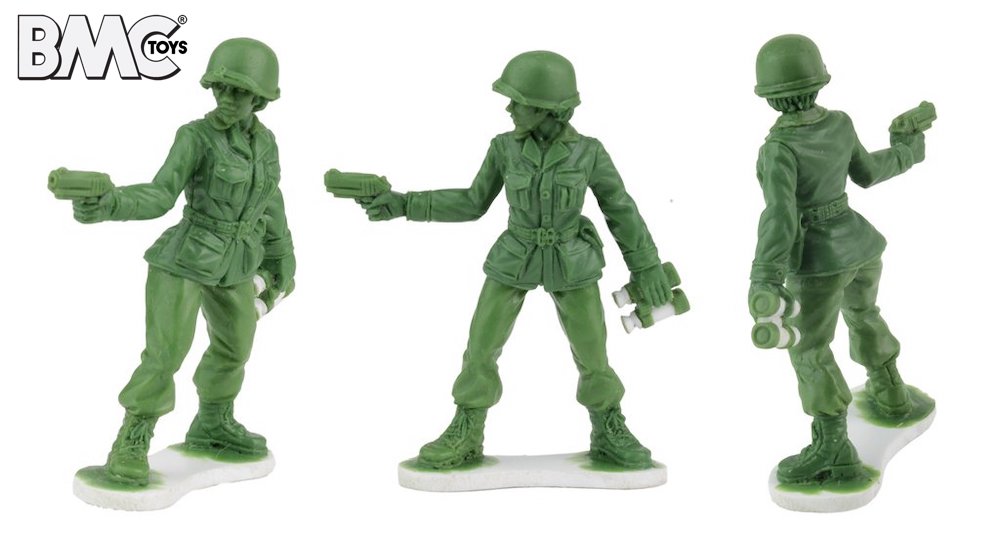 Not lying, my first skirmish wargame was a team of blue army men versus a team of red.

Now Kickstarter has helped push us even further down the rabbit hole of compulsive spending. When I walk down the shelves of Kickstarted games that Bliggity Blam Steve owns, most of these games have beautiful models. Crazy monsters and very details designs. The casts look great, and most boxes come with tons of models. It’s almost become the paradox in Jurassic Park. We have the technology and ability to fund all of these amazing games but no time or interest to play them.

It’s like we asked if we could put game production into high gear, but we never asked if we should. There is a part of me that wonders just how many tons of plastic and cardboard sits around the world thanks to Kickstarter, and just collects dust. Sure, the indy game designers make some money, but its actually a weird kind of purgatory they get put in. They fund their dream game and then have nobody play it. I can tell you because I am an Indy game designer, the number one thing you want is people to play you game.

Is Kickstarter The Devil?

Okay, this is going to sound weird, so bear with me. Here is a rundown of similarities and differences that Kickstarter and Satan have in common.

So as you can see in the very scientific chart above, Kickstarter may very well be the Devil.

How Many Games Have You Kickstarted But Not PLayed? I’m at 5. 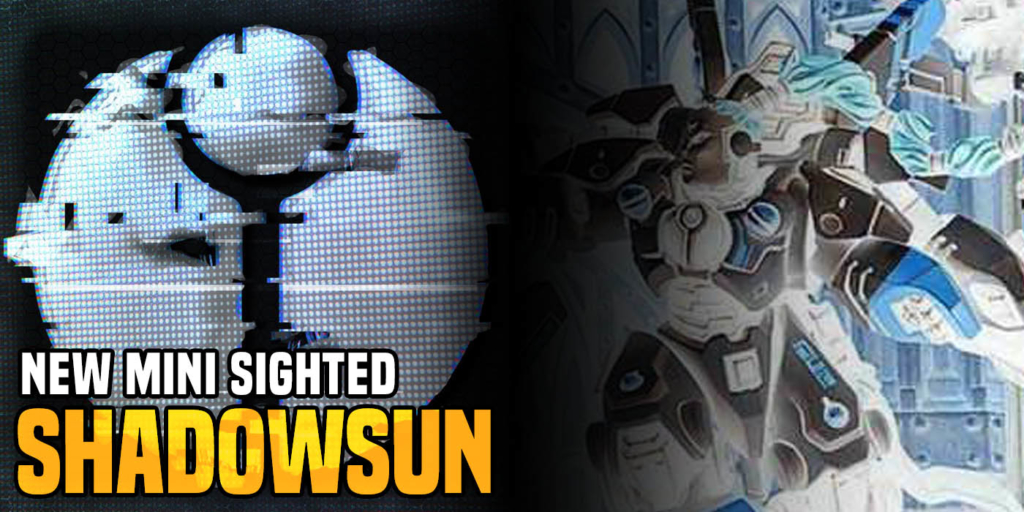