Technically Retro: An In-Depth Look At “Settlers Of Catan” – Does It Still Hold Up? 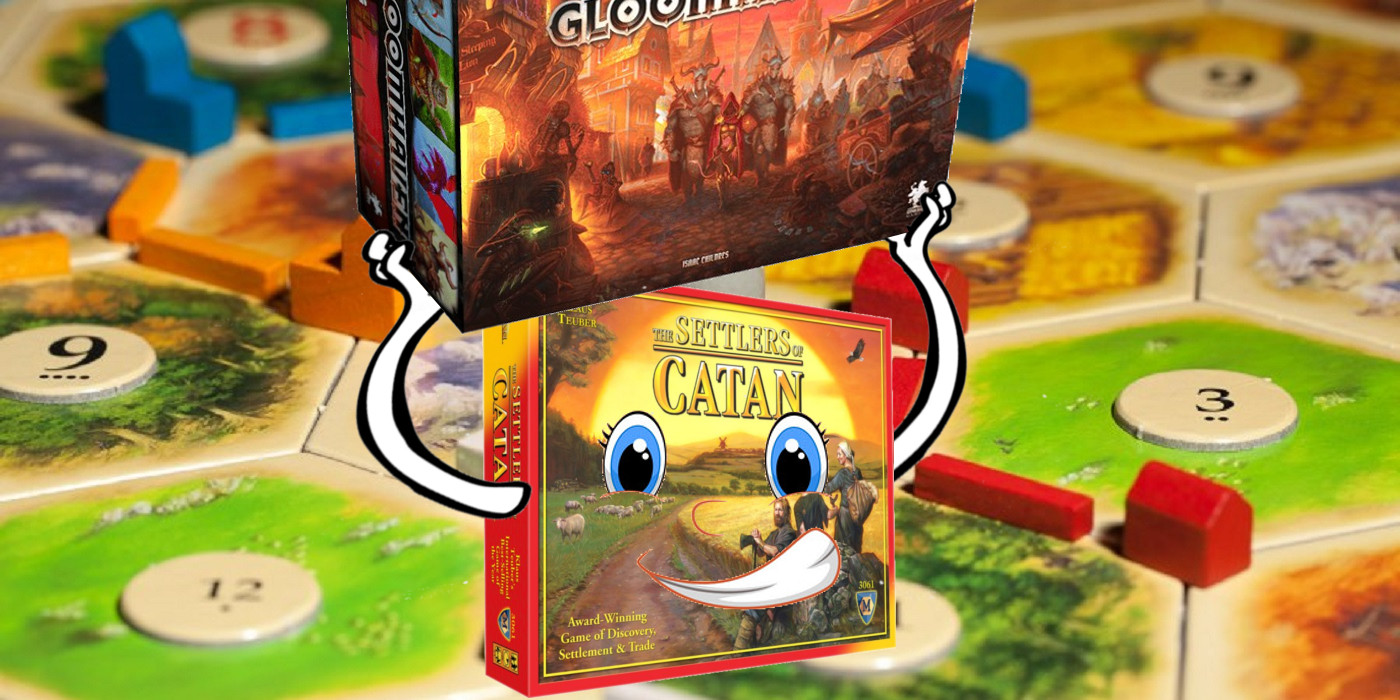 Everyone knows “retro” is defined as anything from at least 25 year ago. So in honor of its 25th anniversary, we find out if Catan is still any good.

That’s right! Settlers of Catan came out in 1995, which officially marks this as its 25th anniversary year.

And say what you will about Settlers of Catan, but it’s the Friends of the board gaming world. 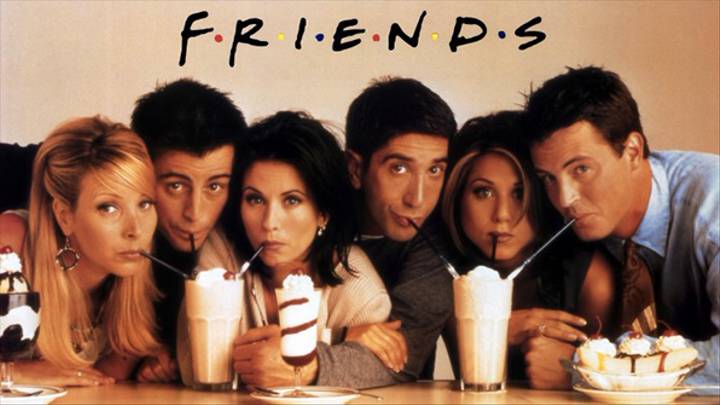 No, actually, I meant that as a good thing.

When it came out, EVERYONE loved it. It was revolutionary. With no sarcasm intended, it was perhaps the most influential piece of media within its medium. Still, it’s been a while and time wears on us all. Everything Friends did has been done again…and again… and again. Some better, most worse. But given enough time, everything gets replaced with something newer and better.

The same is true for Settlers of Catan. It brought board gaming to the mainstream world. Until then, board gaming was for kids or those wargamers who were a little too into World War II. I’m looking at you Stable Abe.

Before we can rightfully decide of Catan still holds up, let’s review what it is.

Settlers of Catan is a competitive economic game with dice rolling and resource management mechanics. The goal of each player is to be the first to 10 Victory Points. Points are gained through building settlements and cities, through spending resources. 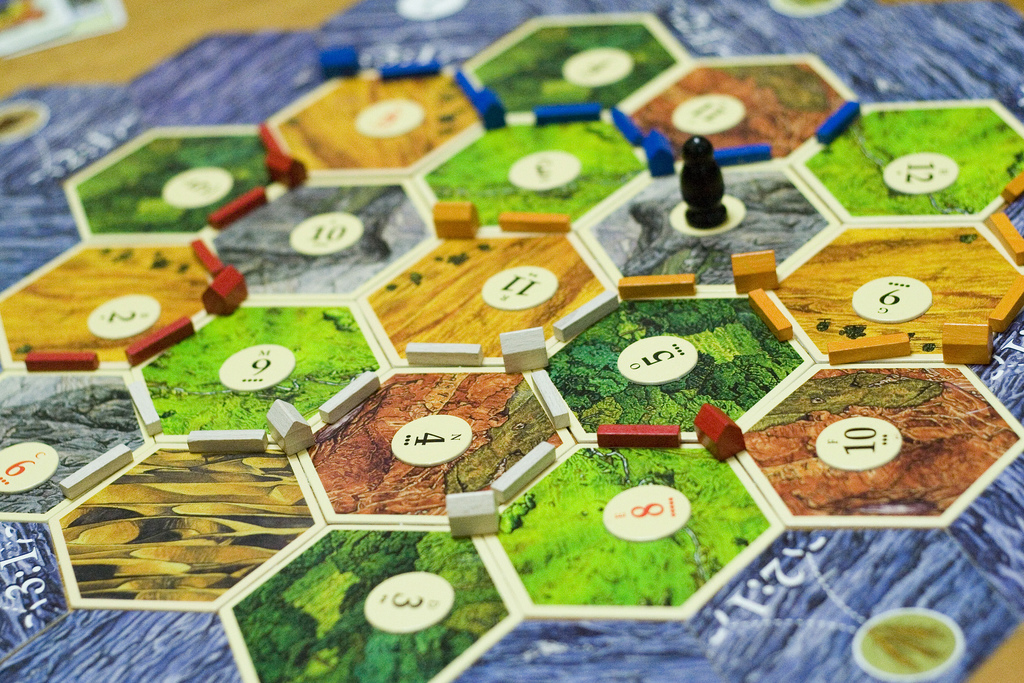 On each player’s turn, they roll two dice which determines which hexes of the map produce resources. Any player with a settlement or city on those hexes will gather resources. Unless the robber is stationed on that hex, who prevents whichever hex he’s on from producing. The robber can be moved to any hex anytime a player rolls a 7, which also triggers all players holding more than 7 cards to discard half of their cards. 7s are pretty bad.

Finally, during each players turn, they are allowed to trade resources with the active player. The trading becomes a big part of the game as any one player is unlikely to have access to all the resources they need, especially during the early game.

Let’s start with praising Catan for things is does well and mechanics it innovated and did things no one had done before. We’ll run through the list as you’d encounter them, playing a game for the first time.

Unlike Monopoly, there’s no singular board to unfold and lay out. There are these tiles you lay out in a wild hex grid. But you can put them in any order you want, same with these tokens that go on top. So, before you even start playing, the game is different from the last time you played.

Gathering Resources Outside Your Turn

Even when it’s not your turn, you’ve got things to do, cards to draw, plans to make. Since you draw resources during every player’s turn, you’re always engaged. Plus you’ve always got to be ready for the active player looking to buy up some of the resources you have. There’s never a turn where you’re not engaged with what’s going on.

No Tokens To Move

Unlike SO many games before, there’s no token to move. Rolling the dice doesn’t determine how many spaces you move around the board. In this game, the whole board is on your mind at once, rather than the upcoming 12 spaces.

Catan isn’t a race to the end. It’s not first to collect all the money. It’s not the last player standing wins. It’s earning points. Who ever heard of such a thing? Points in a board game? Suddenly, you’ve got to be paying attention to what everyone else is doing. Like, close attention. You never know when someone might sneak a victory out from under you if you’re not looking close enough. 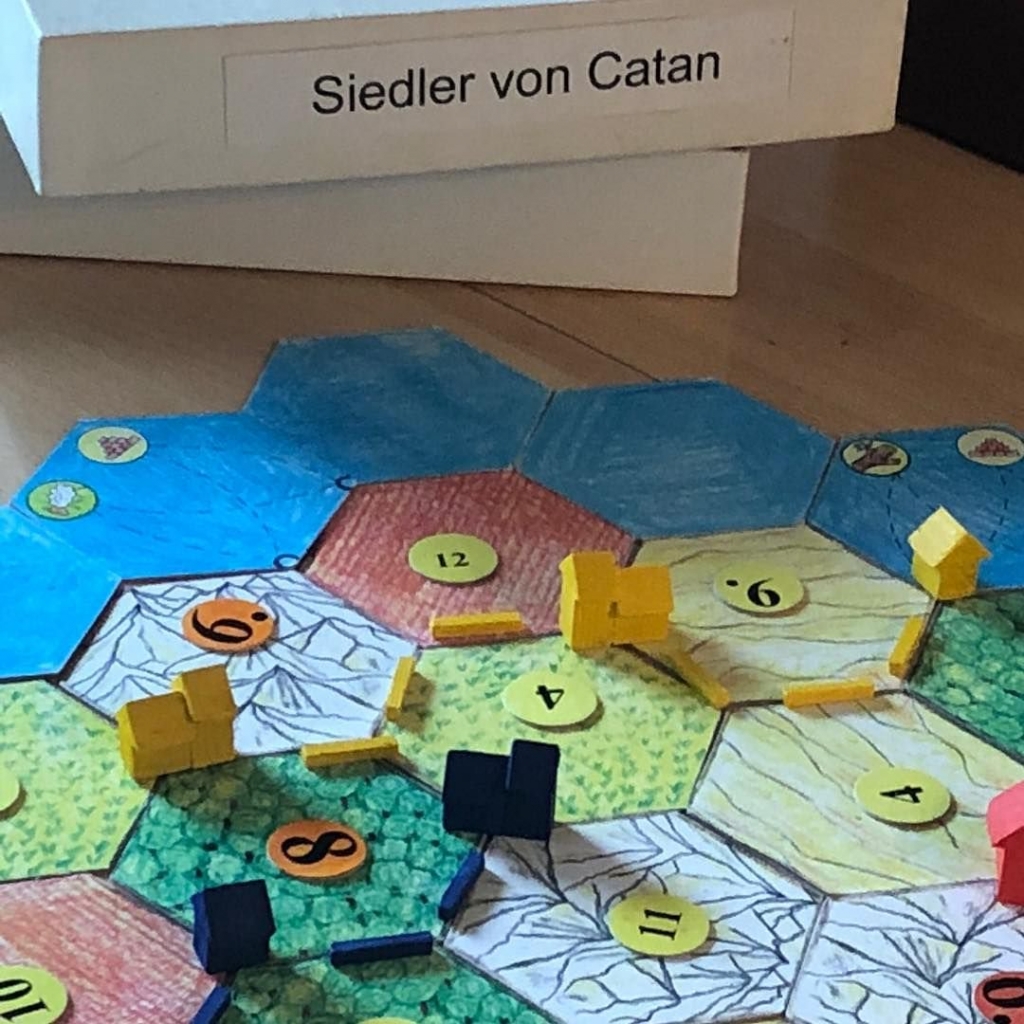 Pictured: Where it all began.

All of these things, and many more were new and exciting for the time. It can be easy to look at things like victory points or not having a token to move now and be nonplussed, but modular boards didn’t really exist 25 years ago. Space Hulk, sure, but that was still a very niche audience. Catan brought these mechanics to the forefront of the gaming world with an approachable theme and a light weight gameplay which appealed to a wide audience.

For Every High, A Low

Let’s cut to the chase. There are plenty of things where Catan falls short. Mostly in the implementation of the resource gathering mechanics. Here’s a few stand out issues.

Difficult To Plan Your Turn

Since your resources are in constant flux from gathering during everyone else’s turn and potentially trading them away, it’s difficult to plan your turn. This leads to a lot of lag during each turn. “They’re willing to trade my wheat for a sheep, but I need that wheat to build my city. But if I get that sheep and roll a 5 on my turn then I’ll be able to build a new settlement. But do I want to risk that? If I trade the wheat and don’t roll that 5, then my next turn is a bust. Hmmmmmmmmmmmmm…………….” You get the idea.

We’ve all played Catan with that one person. “No. Why would I trade my wood to you? That’s only going to help you. I don’t want to help you.” It’s frustrating and counter to the spirit of the game but there’s nothing you can do about it. If that player doesn’t want to trade, you can’t make them. Even though they’re monopolizing that forest with an 8 on it and the other forest has a 12.

Similarly, we’ve all been here. “PLEASE!!! Roll a 9….I just need that 9 and I will be able to build a road AND and settlement AND upgrade it to a city! ….SEVEN!!!! ARG!!!!” It feels unsatisfying and frustrating when you’re not doing well for something you have no control over. You’re mad but you have no one to be mad at, so you’re just mad. And that’s not fun. 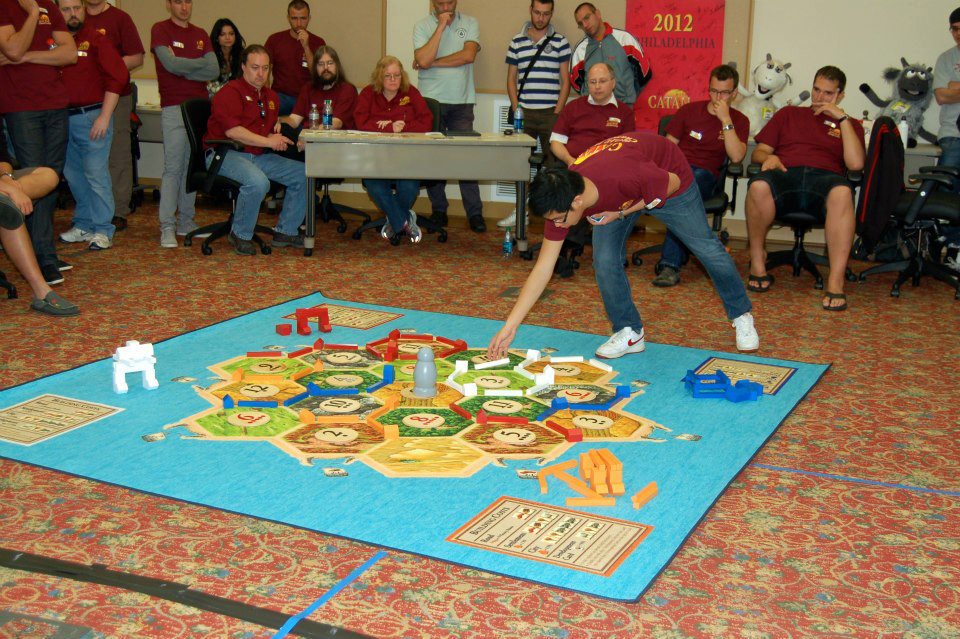 From the Catan World Championships

Admittedly, many of these issues are fixed in expansions. Cities and Knights offers city wall improvement to increase your hand size, so you’re rarely sitting on too many resources looking for something to build before the dreaded 7. The Special Building Phase (where all players can build between any turn) of the 5-6 player expansions is something my gaming group adopted for every game since it makes the game so much better overall.

Still, these only highlight the issues the core game has, since they were directly addressed by these expansions.

I honestly hate to say it.

It laid the foundation for so many games and it did so many things which were new and exciting for the time and did a fantastic job of it. No game will ever be as influential on the whole.  But that’s the point. Since it came out, so many other games and followed in its footsteps and did what it did, but better.

I can not speak more highly about Settlers of Catan‘s influence and impact on board gaming and a whole, but overall it does not hold up well today.

What do you think? Does Catan stand the test of time? Will it forever be a mainstay game on your house? Or did you donate it years ago?
I want to hear your thoughts. Let’s discuss in the comments.