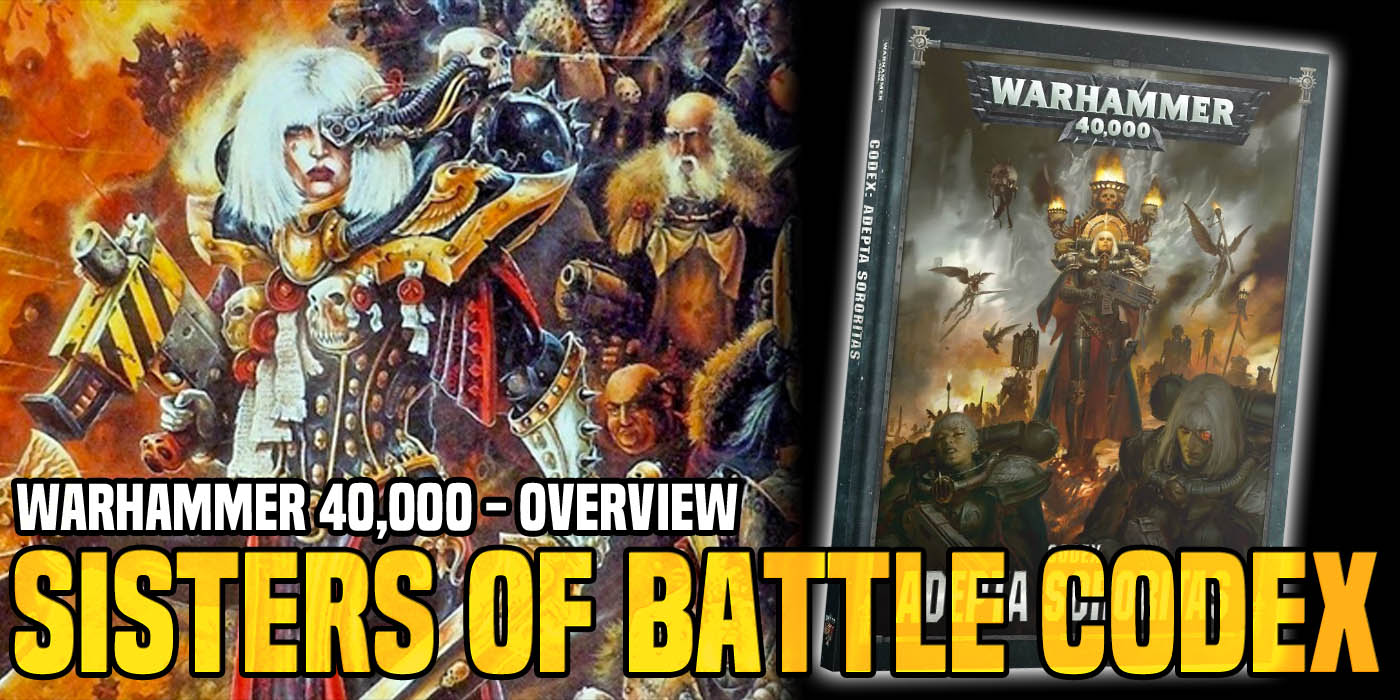 The Sisters of Battle Codex is heading to pre-order this weekend. Is it different from the Special Edition? Let’s find out.

Codex: Adepta Sororitas actually did come out in 2019…if you got your hands on an Army Box. How different is it? Pretty much just the cover.

Didn’t We Do This Already?

Yes actually. Back in November. It’s the same 112 pages from the previous version…just with a different cover. This cover is ALSO different than their Limited Edition version that is also going up for Pre-Order this weekend: 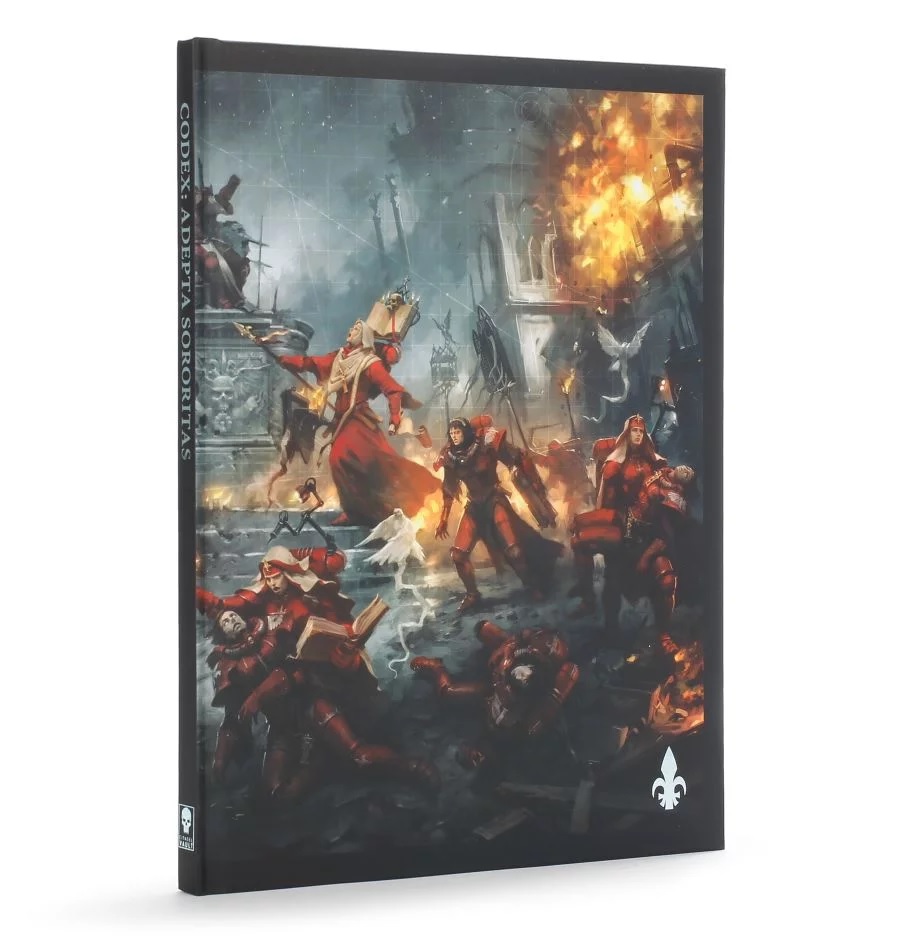 I guess this makes this the first edition of Warhammer 40k where the Sisters got three codex releases in the same version. Sure, the insides are identical, but the covers are different. So, just like how the Sisters were technically released in 2019, they do technically have 3 different codexes. 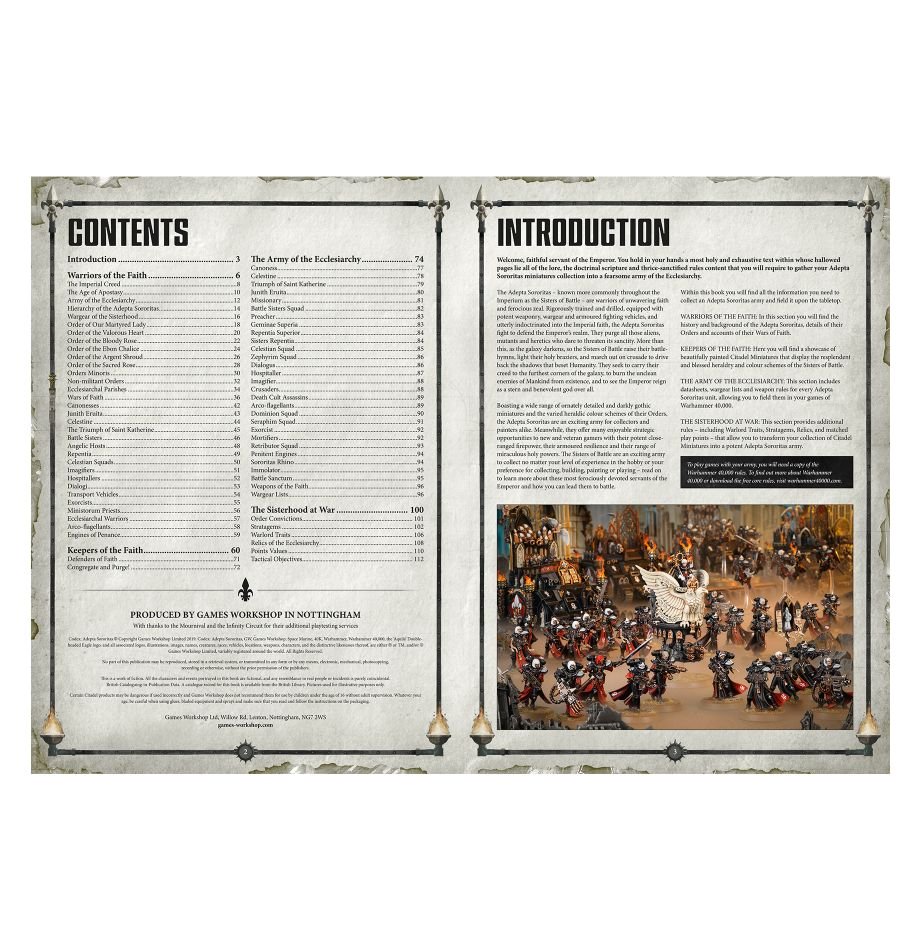 All you really need to know is that the Sisters have their own Miracle Dice System that allows them to basically get “pre-rolled” results for a limited number of dice and then use those dice for different rolls during the game. They can generate these dice in different ways – here is a handy sheet that GW made that lists the most common ways: 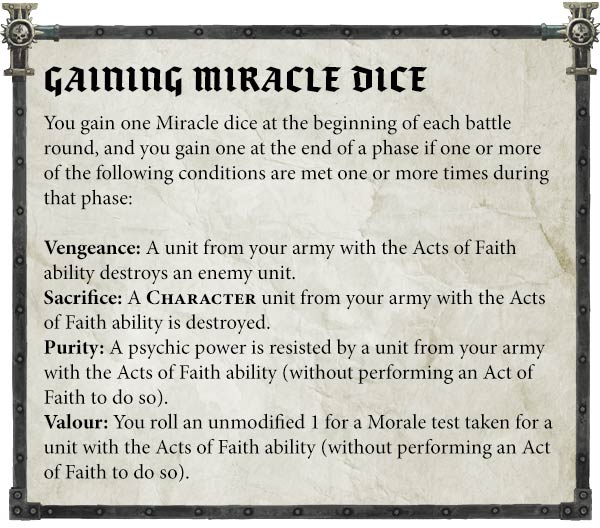 They also got some new units and we’re sure to see more of those released very soon. We already got a look at the new Saint Katherine Model as well as the standard Sisters of Battle squads. It is actually really neat that we’re finally getting plastic Sisters! 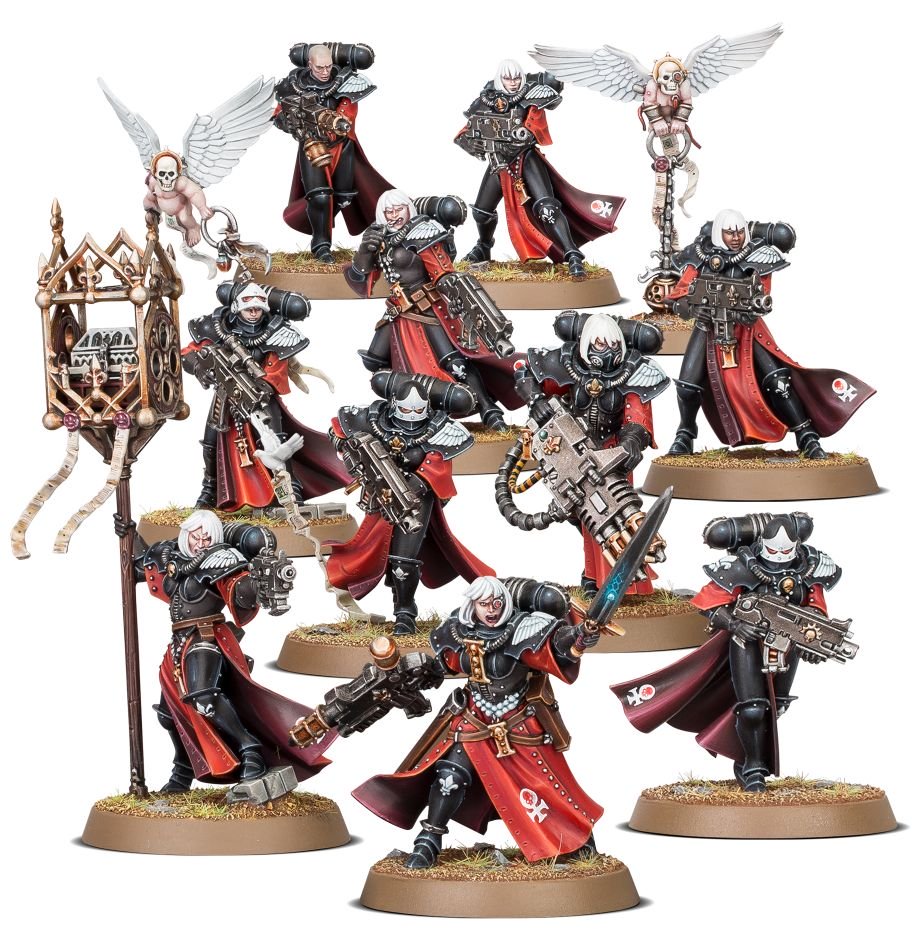 And they aren’t entirely mono-pose!

There isn’t much to say about this book that hasn’t already been said when the Special Edition came out a few months ago. At least this time you’re going to get access to a ton of awesome miniatures to match. 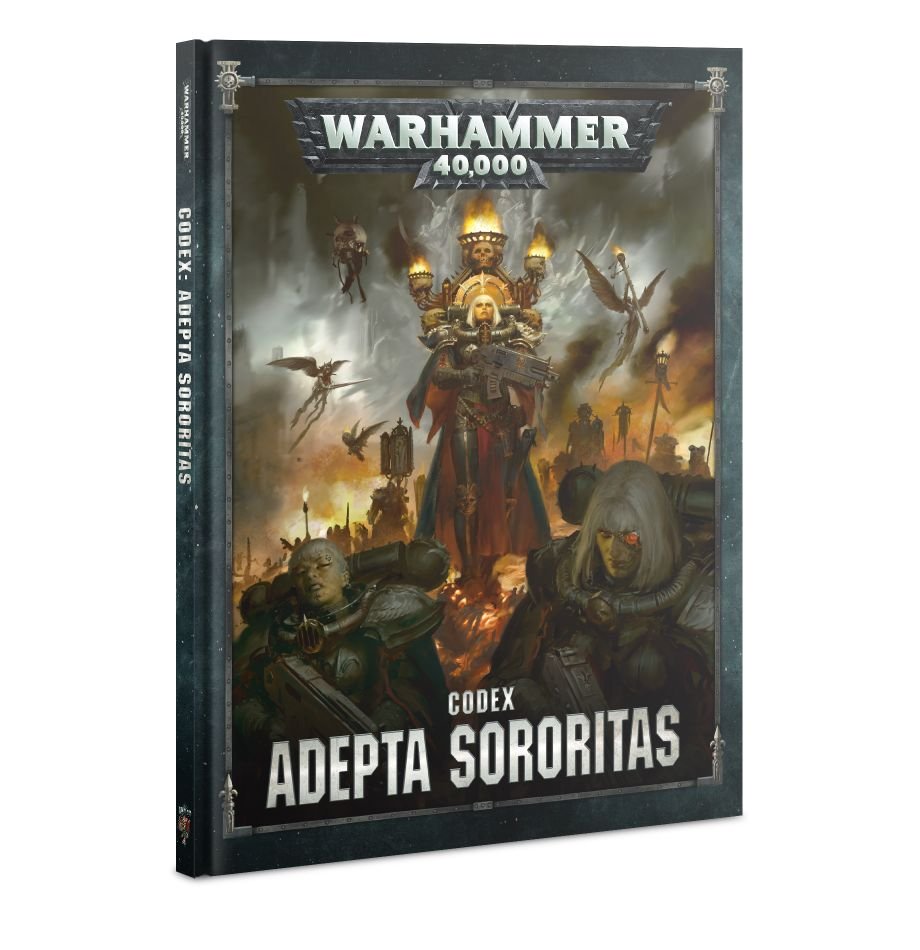 The Adepta Sororitas are the military arm of the Ecclesiarchy, taking the fight to the faithless with holy fire and fury. Inside this 112-page hardback codex, you’ll find everything you need to field the valiant Sisters of Battle, plus thrilling lore and art to inspire your own collection.

Inside this book, you’ll find:
– The history of the Adepta Sororitas, with a look at how these holy warriors annihilate the enemies with bolter, melta and flamer
– An Adepta Sororitas bestiary with background details for every unit and Character featured
– A showcase of stunningly painted Citadel miniatures
– Rules for Adepta Sororitas units that are available to every Order
– Stratagems, Warlord Traits, Order Convictions and Relics of the Ecclesiarchy that define the ways that the Adepta Sororitas wage war
– And more!

It’s happening! For real this time.

Author: Adam Harrison
Writer, Editor, Texas Native, and Austinite for 15+ years, Adam covers all things Tabletop Gaming. Which includes Warhammer 40,000, Age of Sigmar, D&D, Board Games and everything else that involves dice, boards, cards and a table. A hobbyist, player, and collector of miniatures and games, Adam's current obsession are his Death Armies for Age of Sigmar, his Blood Angels and Tyranids for 40k, and his ever growing Arkham Horror: The Card Game Collection.
Advertisement
Games Workshop Miniatures Sisters of Battle - Adepta Sororitas Tabletop News Videos Warhammer 40k
Advertisement