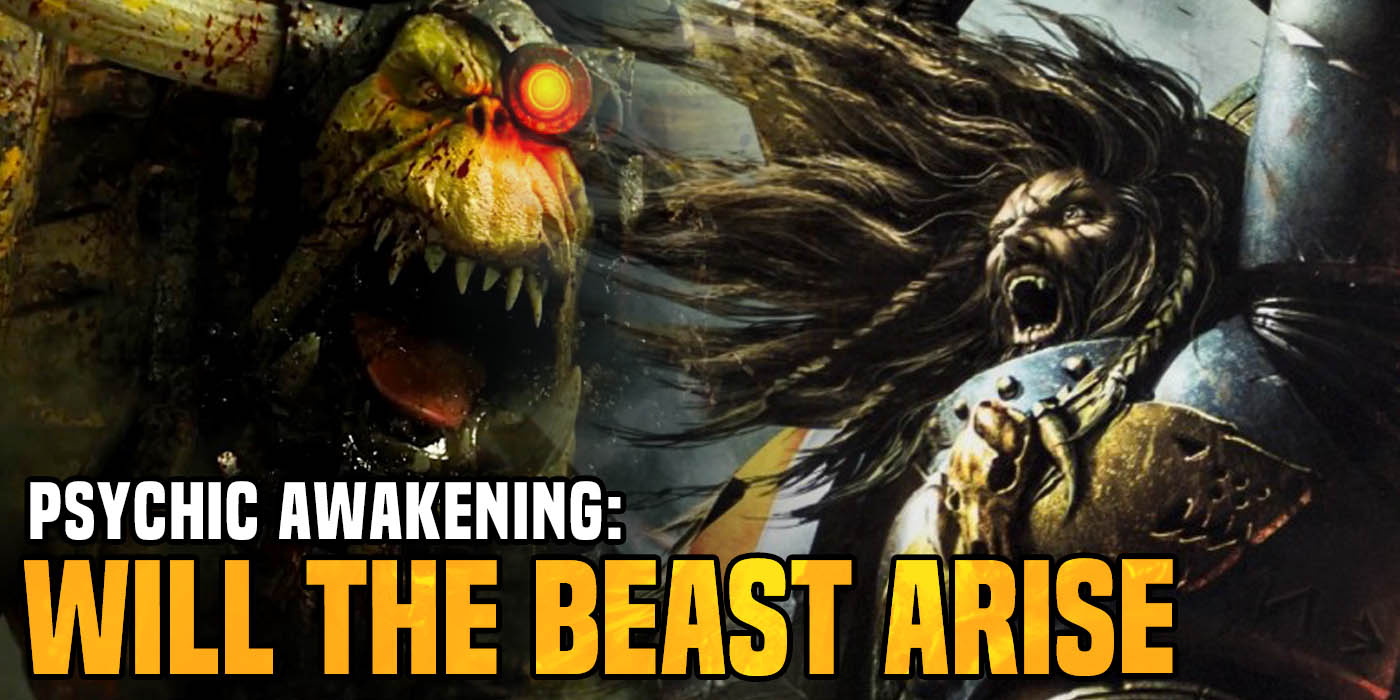 Goatboy here again and it looks like we get Space Wolves versus some Orks in the next Psychic Awakening book. Let’s Talk about both armies.

I wonder if there is another race shoved in there as we are still holding out for some Death Guard love.  Heck it could make sense to throw them in as they are throwing around a giant stank fleet thru space.  But until we get some kind of confirmation we just have to sit and wait for our Nurgly goodness.  So instead of pining for gross Grand Daddie to come and save us form the doldrums of unlife lets talk a bit about the Orks and the Space Wolves.

We know Orks will have some new plastic models as we were shown some bits and pieces of Ghazghul and I bet you we might get a new Weirdboy.  It is the other left over piece of non plastic Characters we are missing and would fit into the whole – Psychic Awakening for the Ork race.  With that in mind let’s think of what the Orks could do with all this crazy Latent WAAAGH energy?  I bet we see a whole plethora of new spells to help fit into the Orky nature.  They might be locked into Clans or just extra spells with higher WC costs to entice players to have as many green skins around them.  I could see that as something interesting as we see some WC 10-11 spells with ludicrous effects getting blown out of the mind of a crazy Warp Head.  Heck maybe they will have something where they can throw the mortal wounds off to some nearby Orks to ensure they continue their wrecking ball of green destruction.  It’s these things I think feel really interesting and I hope we get some rules in this direction. 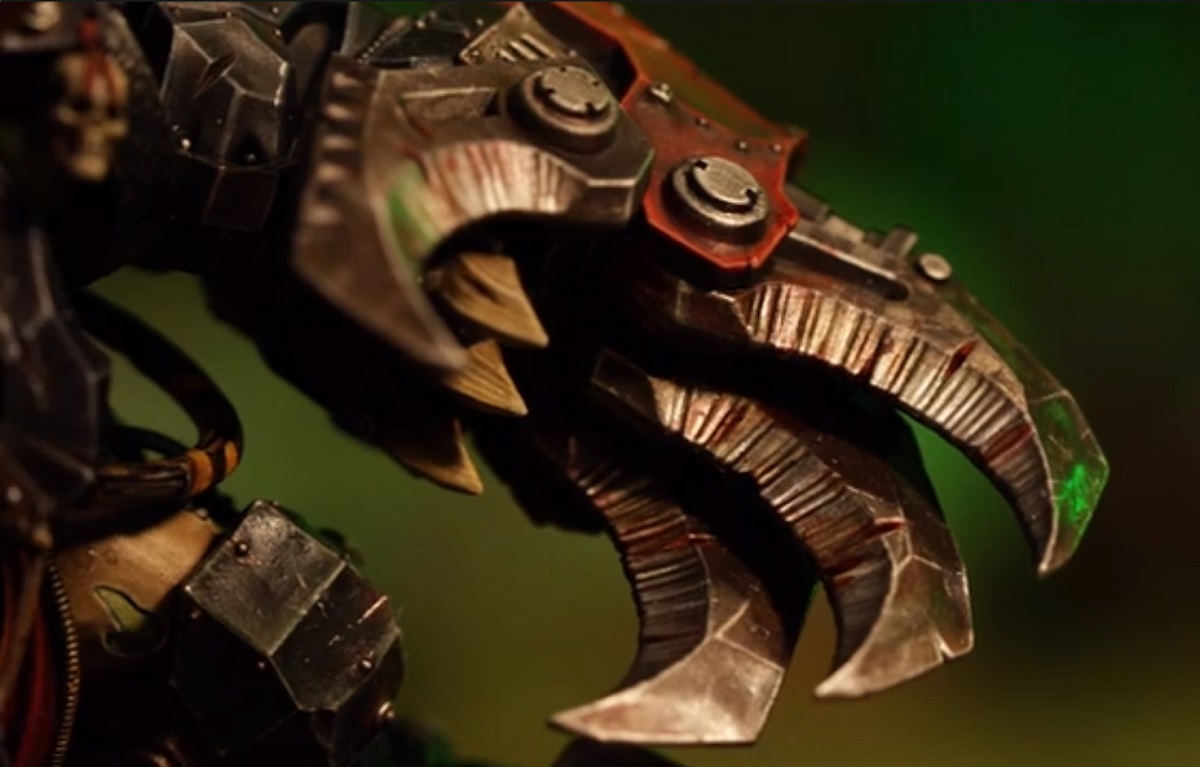 On the opposite side we have the new Avatar of Gork or is it Mork?  Ghazghul will be an absolute beast.  I bet he gets some kind of Primarus treatment ala Abbadon and the other better charaters we have now.  I don’t think his points will change beyond the new addition of a friendly banner bro and I am sure a set of new and experimental Orky upgrades.  Depending on how the build him out he could follow suit like Shadowsun and be available for all the Clans as he units them all. 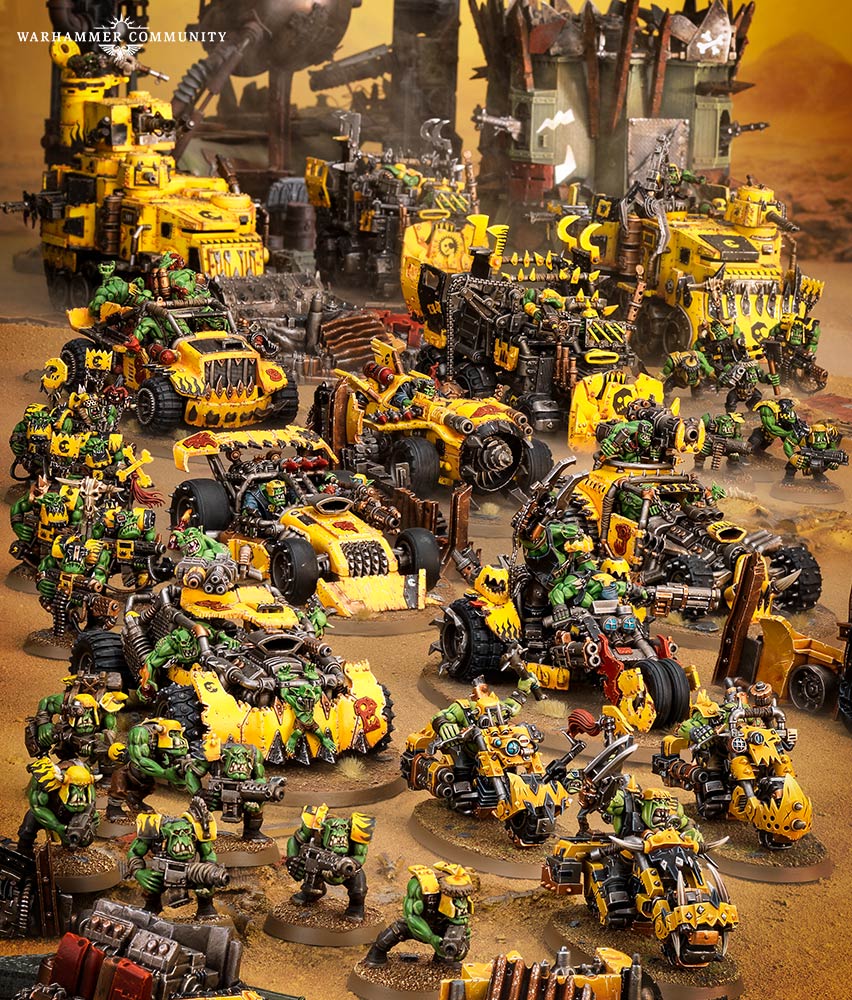 Speaking of Clans you know there will be a build your own option.  I wonder if some of the other Clan abilities will get broken out so you could have some things like +1 to charge for other mixed options or at least some neat abilities.  I thought the Clans for Orks were pretty well set up and balanced so this addition could be very interesting.  Beyond all of this their Stratagems should reflect the overall WAAAGH nature of the Orks with a bigger influence on utilizing the mob mentality and probably introducing a whole slew of crazy jerks.

On top of that lets hope for some more Relics that people want to take, a even weirder shokk attack gun, and if they wanted to pull the trigger on an endless type spell they should do it here.  The Foot of Gork running around the table top would be amazing and especially if they make a giant green glowing foot model.  I don’t think that will happen but I can always  dream. 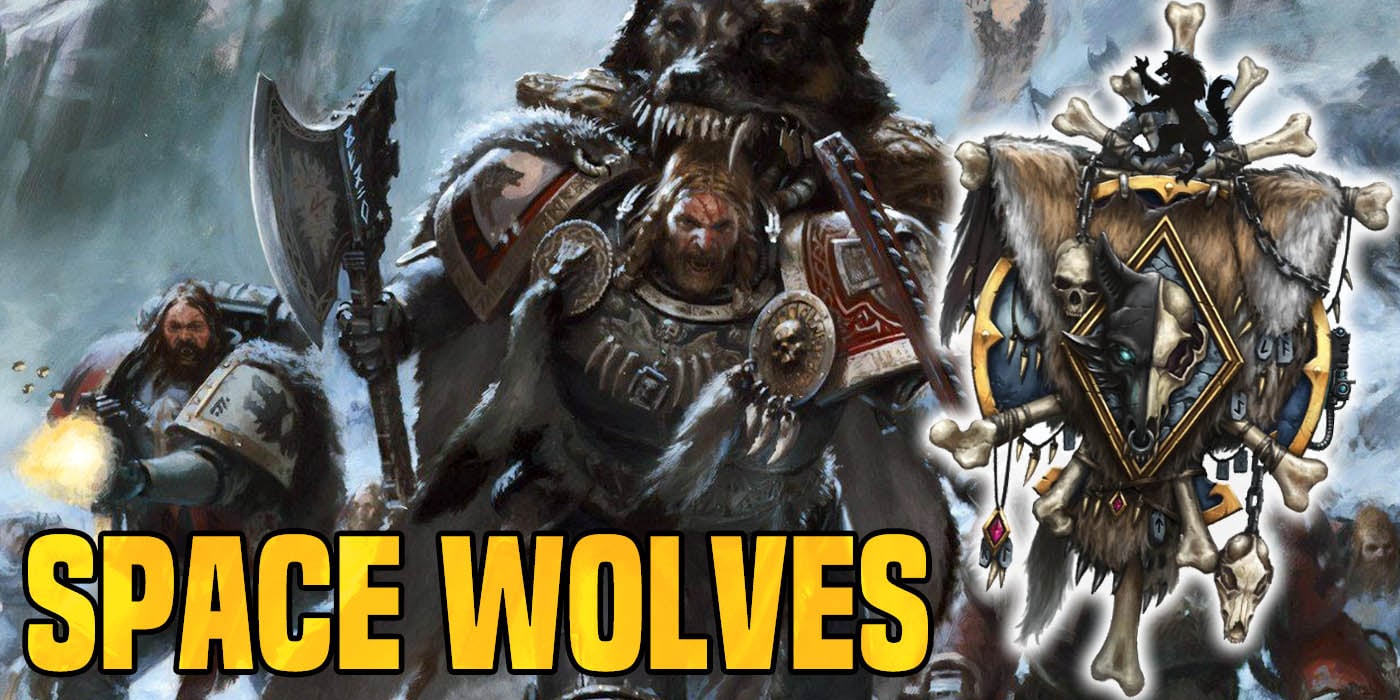 The other side of this book will have the Space Wolves.  I really hope we see some new upgraded Characters coming for them as Ragnar is looking long in the tooth.  If he crosses to Primaris and gets a new model would could have an awesome story set up.  Heck I just want to see Space Wolves pushed up as it feels like they really got left behind when all the Marine stuff kept coming out.  I expect their update to fall into the same line like the Blood Angels and Dark Angels.  They get a bunch of added on rules (Transhuman for Wulfen seems pretty good), a sweet doctrine sadly locked into the Assault phase, and maybe some very interesting Prayers/Litanies to try and utilize.

Heck it is the Litanies that could be really cool if they pushed them into neat directions.  This army used to be about Hero Hammer so having a few guys sing some praises that cause all kinds of crazy things to happen would be amazing.  Heck make them all blizzard related and set up multiple directions they can go into.  I think the whole Blizzard idea could be neat as the the old days with Njal was pretty powerful and created a unique army to play with.

Now unlike Marines who have the ability to make their own Successor chapter you could have the Space Wolves create their own little “chapter” like mini rules.  They pick some cool leader traits that cascade to the army and lets you make your own gang of Space Puppies for the Emperor.  This could even make me pull out the goats, rebase some of them, and get ready to take over the universe for the grand Goat and all his pale faced monsters.

I don’t think will see new Psychic spells beyond a few Blizzard bulk related thoughts.  It could be interesting for each Wolf based spell they cast it starts to generate some kind of frosty atmosphere to utilize.  Its one of those rules we haven’t seen nearly as much yet as we see in AOS and I think 40k could be ripe for it.  I talked about how the Death Guard should have something akin to this to get the feeling of the slow grind to death and introducing this rule here would make the Space Wolves unique enough to just not be a bearded version of Space Marines.

If there has to be a 3rd army in here and if it isn’t Nurgle then the only other true thought would be to shoehorn in the Necrons as a weird army both other armies are fighting on top of.  If there is a Planet Ghaz wants and they end up waking up a Tomb World would make for an interesting set of rules.  It gives you the ability to throw in some unique stuff for the Crons – build your own Dynasty, updated C’Tan powers, and maybe a few more powerful stratagems.  I doubt we would see an updated set of characters even though a few of them are in Finecast beyond maybe the main “bad” guy getting redone.

Who knows what it will be but we know it is coming quick.  Of course I will jump on it, right up some stuff on each section of the release, and get to list building as usual.  I won’t lie there is an Ork army I want to do and depending on how the rest of my year goes I might have to pull the trigger and build this hot mess of insanity.  Let’s just say it is a ton of buggies and my desire to watch a lot of my army explode.

~What do you most want to see Orks & Space Wolves get in Psychic Awakening?