Launch your squadrons because it is time to take to the skies! We’re going Dakka Jet flying with Dakka Squadron!

The not-so friendly skies of the Grimdark Universe are about to get a lot more Orky! Dakka Squadron puts you in the pilot seat as an Ork Ace for some fast-paced aerial dogfighting action.

CHICAGO – Phosphor Games Studio in partnership with Games Workshop is excited to announce Warhammer 40,000: Dakka Squadron. Available later this year for consoles and PCs, Dakka Squadron is a fast-paced, aerial shooter where the player is an Ork Flyboy, taking to the skies to do what Orks do best – fight!

With 3rd person, action-packed gameplay and intuitive controls, players will choose a Waaagh! (or campaign) and take part in a series of missions across alien worlds.  Players will fly against insane odds, blasting away with their Supa-Shootas against enemy air forces and ground targets, while unlocking new weapons and upgrading their Dakkajets to be the most “dead killy” Flyboys in the sky.

All of the player actions revolve around fighting.  Building and crafting is for the grots. Choose an Ork Clan and customize your squadron to augment your play style. Fly Dakkajets, Burna-Bommas, and Blitza-Bommas, equip them with an array of guns, bombs, and missiles, learn special maneuvers, and unleash your dakka to conquer a galaxy riddled with ancient enemies. 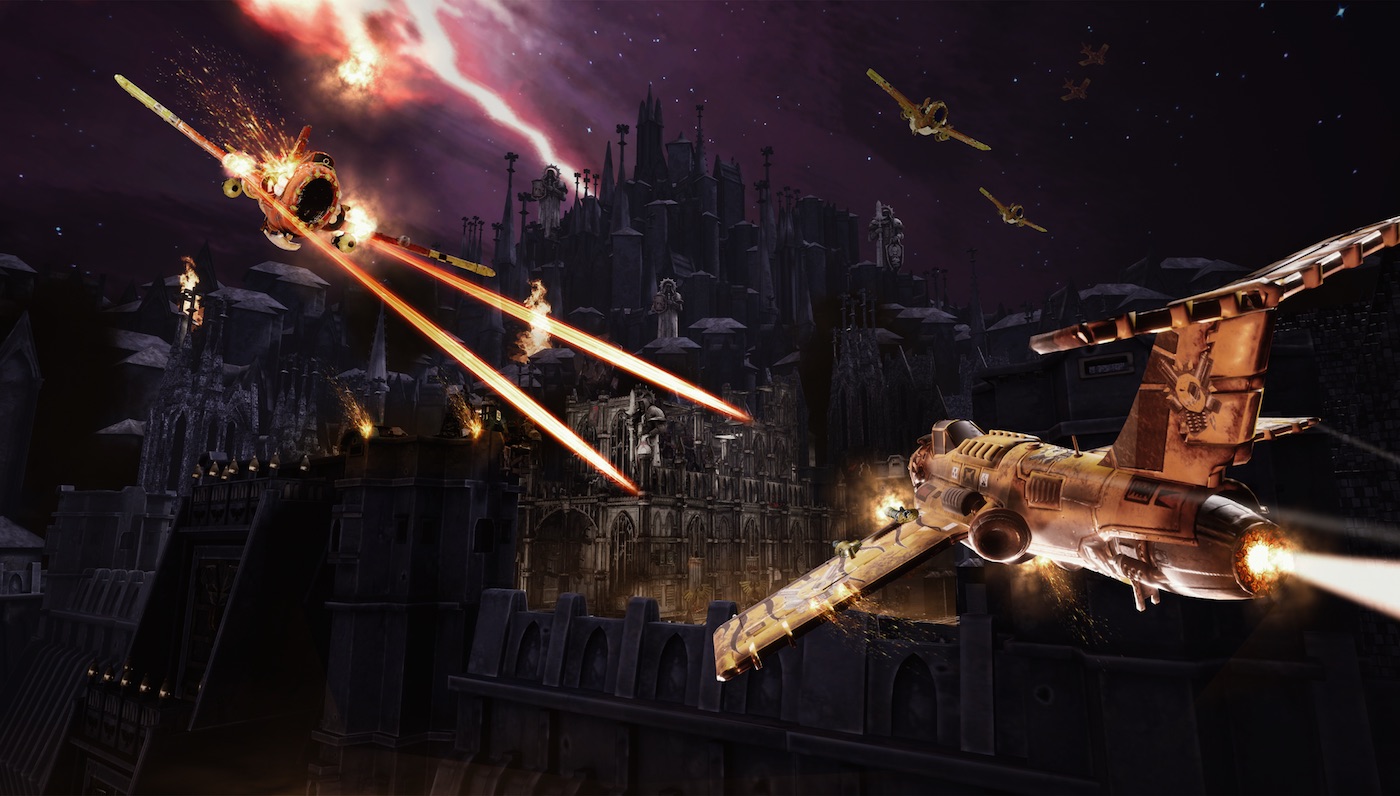 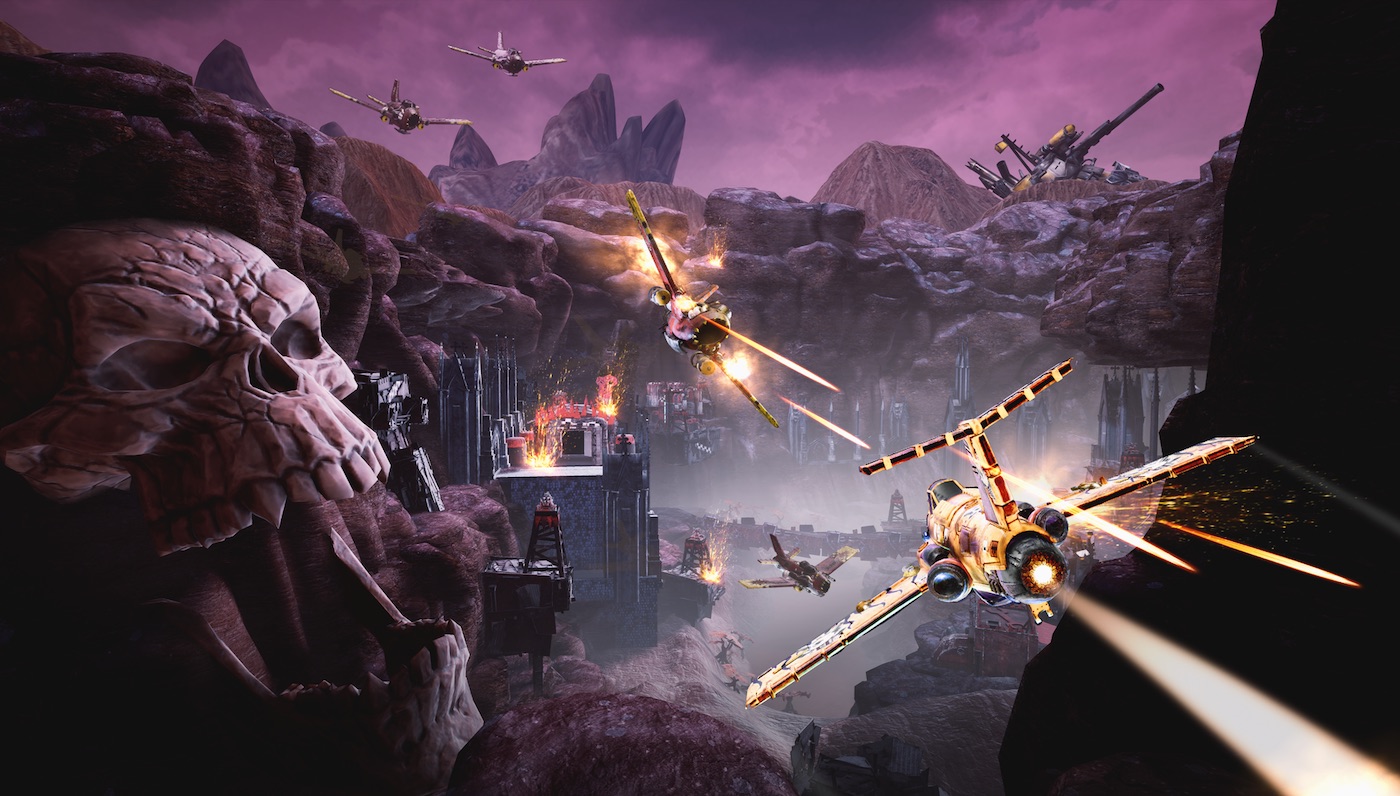 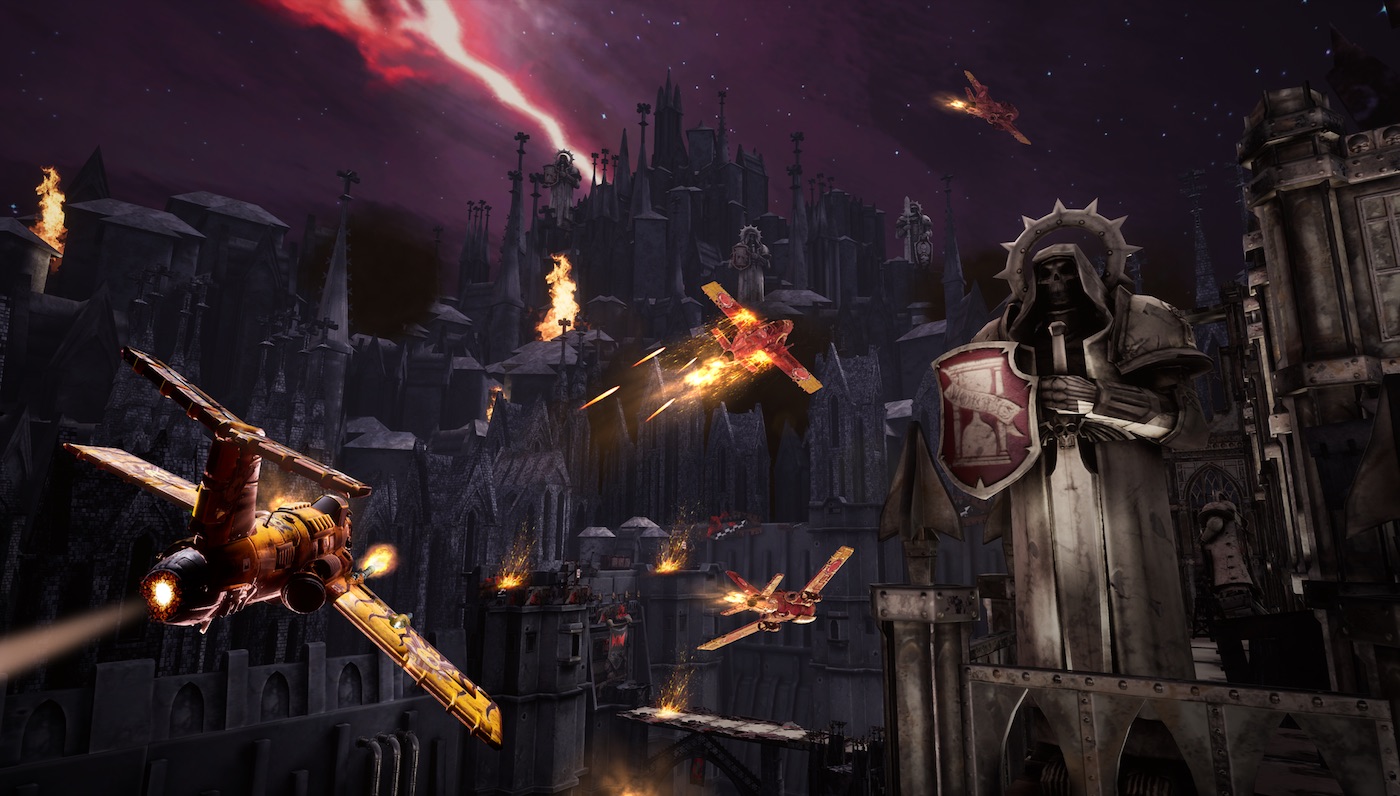 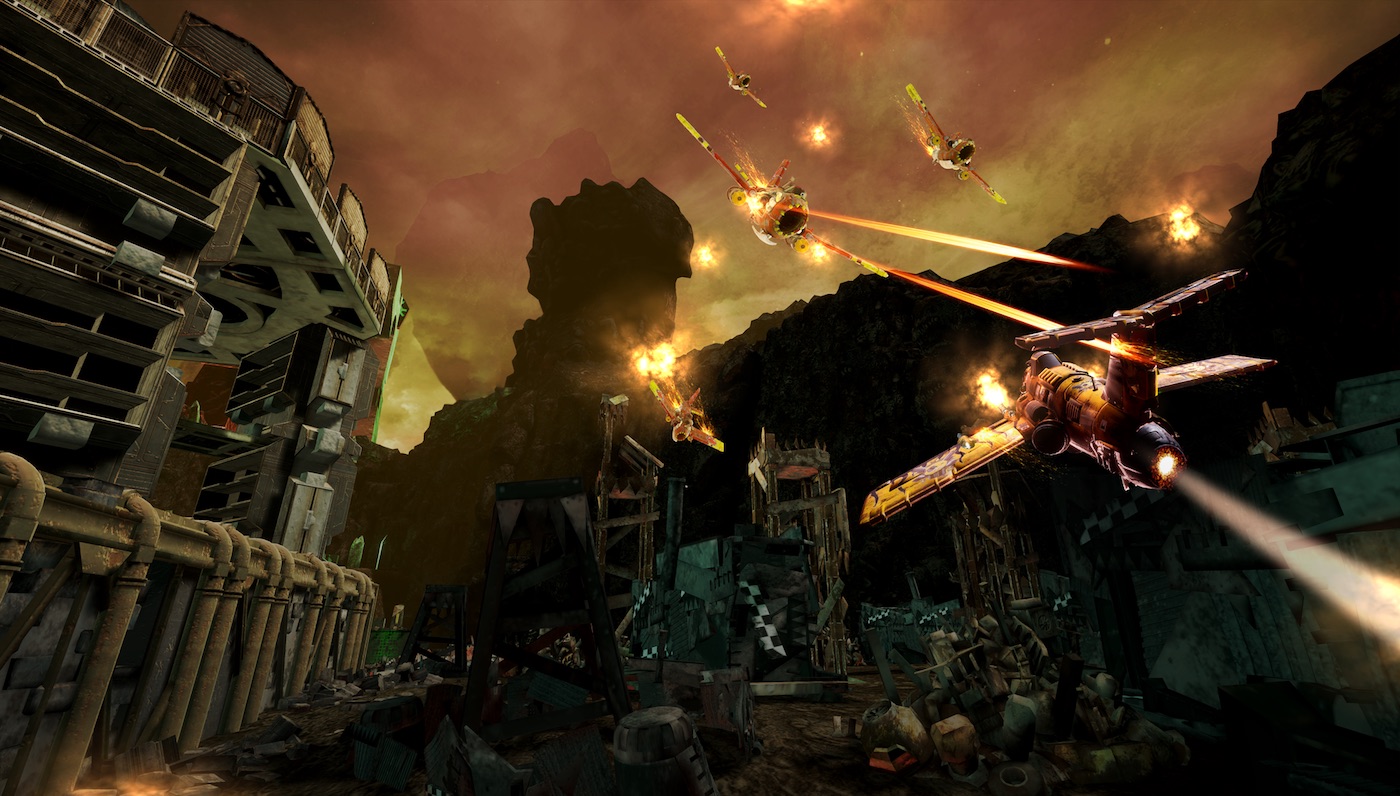 According to their page you’ll also be able to select one of five ork clans that you can be a member of. These different clans will unlock different upgrades and options along the way. 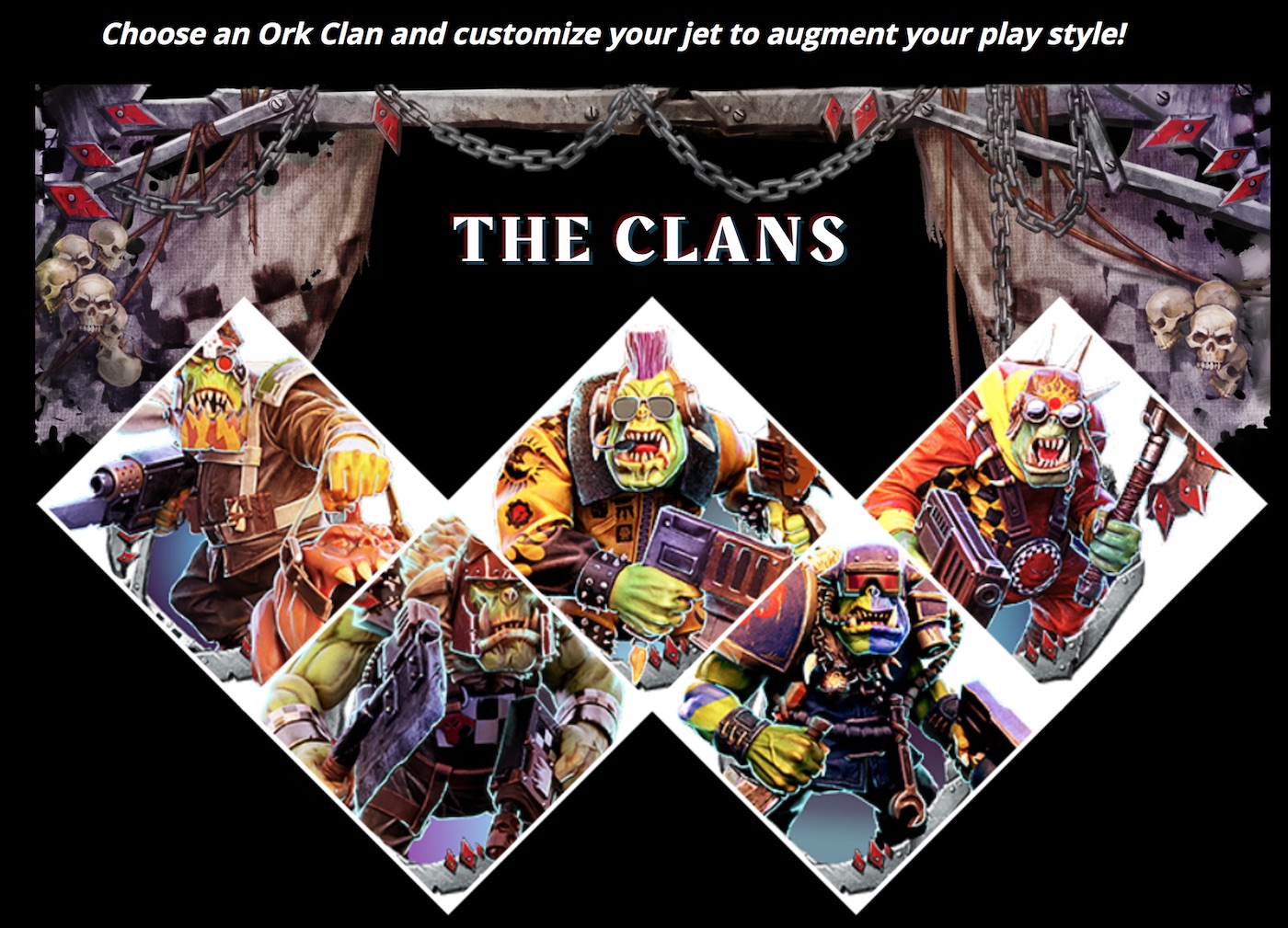 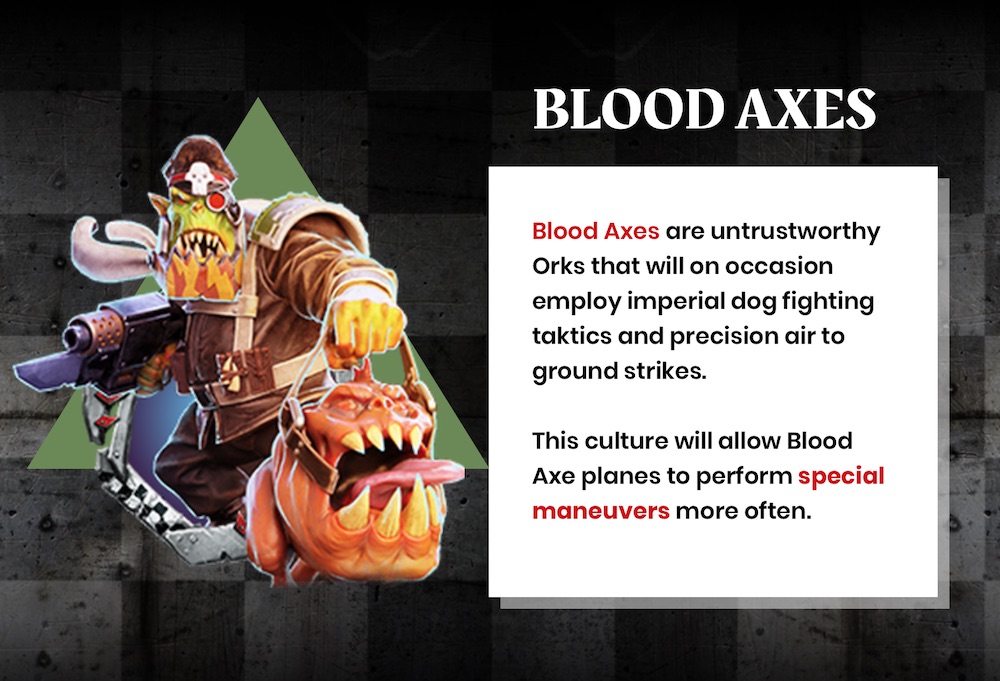 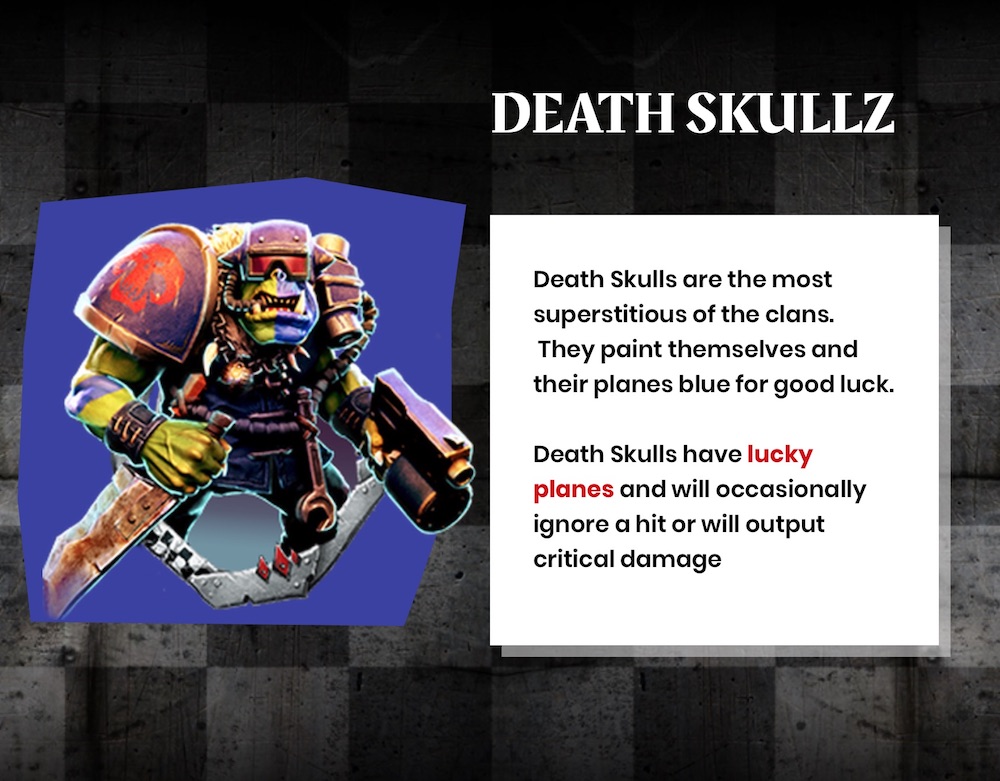 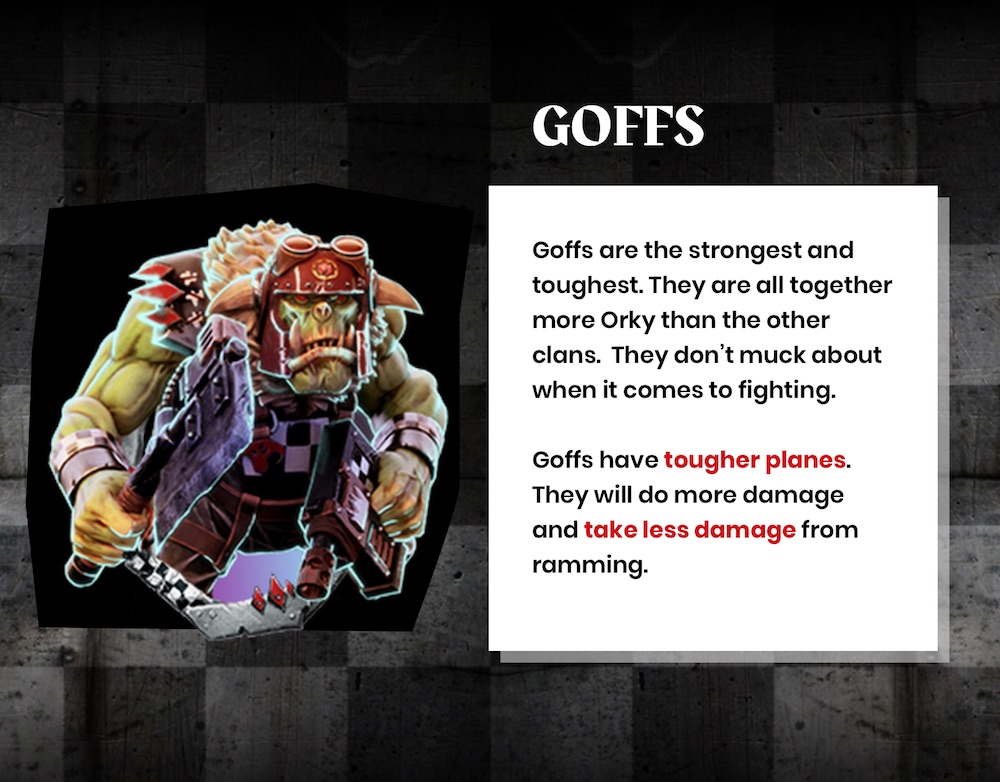 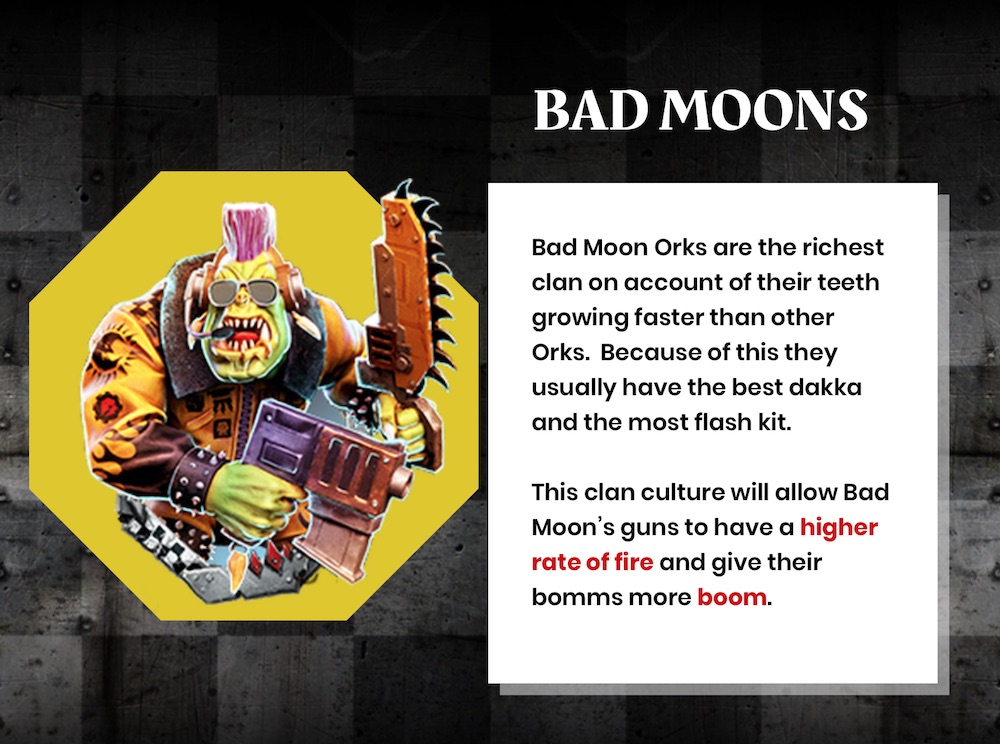 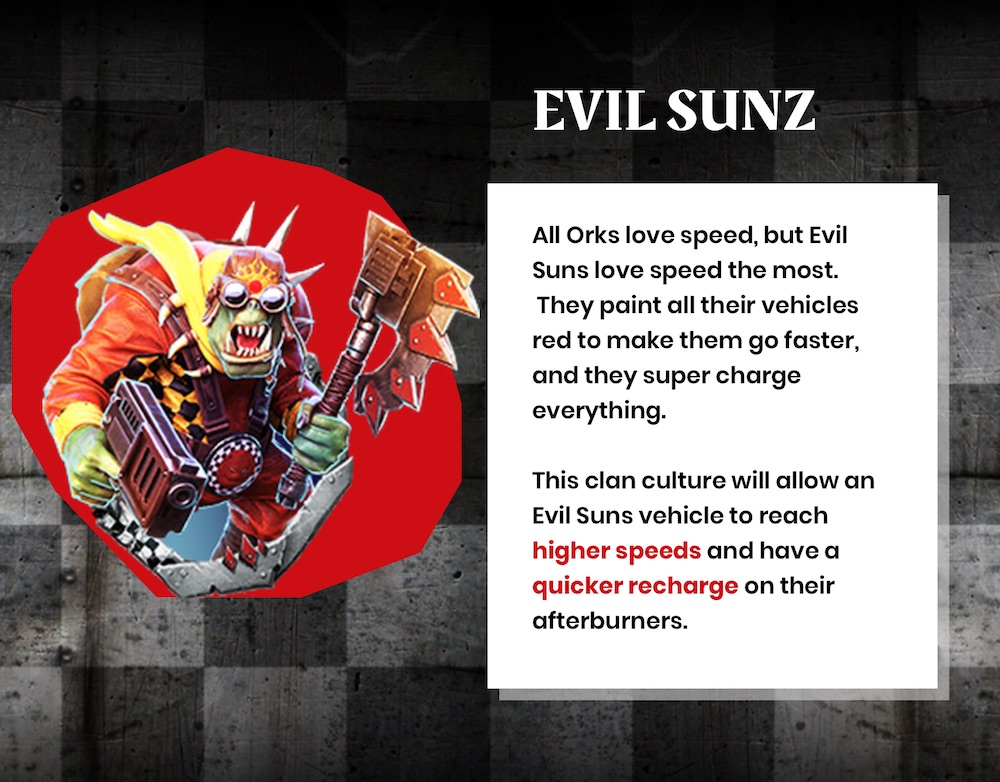 What do you think of Dakka Squadron?