Warhammer 40K: Take A Look At The New Wrath And Glory Tactical Marine

Cubicle 7 has a preview of the new tac-marines as they appear in the upcoming Wrath & Glory revised rulebook. Take a look!

Step into the Imperium Nihilus this week for a sneak peek at some of the upcoming new tactical marine archetypes in the revised Wrath and Glory. Today we’re taking a look at the battle brothers who are keeping hope alive in the Gilead sector, so come and get a dose of lore and a dash of preview as we take a look at the Absolvers chapter of the Astartes. 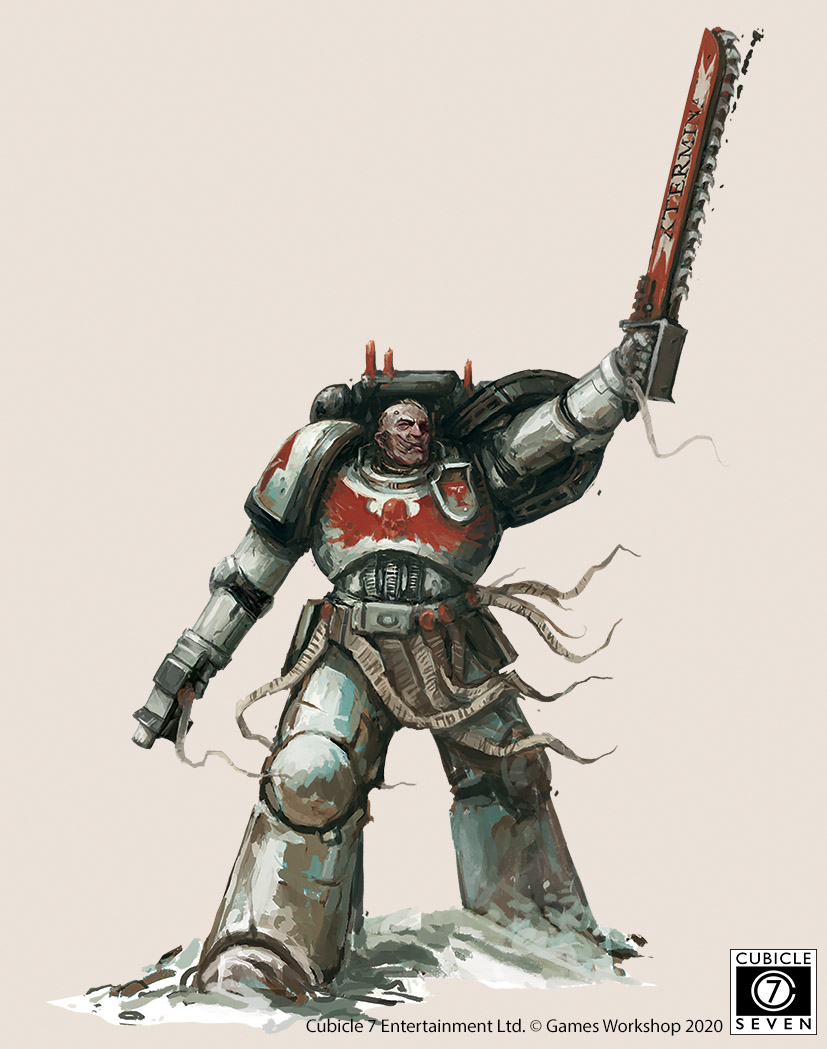 Enigmatic and dour, the Absolvers Chapter of the Astartes are based — and now trapped — in the Gilead System. Recruitment of Neophytes has skyrocketed since the appearance of the Great Rift to alleviate the burden of these stalwart warriors, oath-bound as they are to defend the Imperium’s citizens from the fell foes of the Emperor.

The citizens of the Heartworlds whisper of the righteous wrath of the Absolvers, relentless and draconian in their fight against heresy. Each noble Astartes knows they have no reinforcements; cut off from the vast war machine of the Imperium, and instructed to savour every bolt round. They have been informed that to save the many they may have to sacrifice the few.

Many Space Marines have been allowed to operate individually, lending their strength to covert operations. The Great Rift spews daemonic monstrosities into the Gilead System daily. Although Astartes-led warbands have proven more than capable of beating back daemonic incursions, there has been notable collateral damage.

Beset on all sides by warpborne evil, opportunistic xenos, wary allies, and rebellious citizens, the Absolvers rely on their faith to shield them more than ever before — after all, the Emperor protects.

Playing one of the Emperor’s Angels of Death is a unique roleplaying experience: you’re a giant, genetically enhanced trans-human with an agile mind and athletic body far superior to the ‘mortals’ you defend. You’re terrifying on the field of battle, with a brain faster than a boltgun on rapid fire. Known for your legendary ability to kill, you’re physically imposing towering over any unaugmented human.

In short, you’re as much a frightening force of nature as you are a hero in the grim darkness of the 41st millennium. The Astartes’ fierce reputation will affect every situation you find yourself in; Imperial citizens will treat you with awe and fear, your trans-human nature unforgettable in conversation.

Playing as a Space Marine means a lot of care has gone into the things that make them stand out. As you can see from the text, they’re paying a lot of attention to the trans-human nature of the Marine, placing an emphasis on what you can do with the special organisms that make all Space Marines stand out from regular humans. Whether it’s using the Omophagea to help learn the identity of a killer by eating just a little flesh to do some remembrancing.

The possibilities are limitless when you’re a superhuman supersoldier.

What will you play?