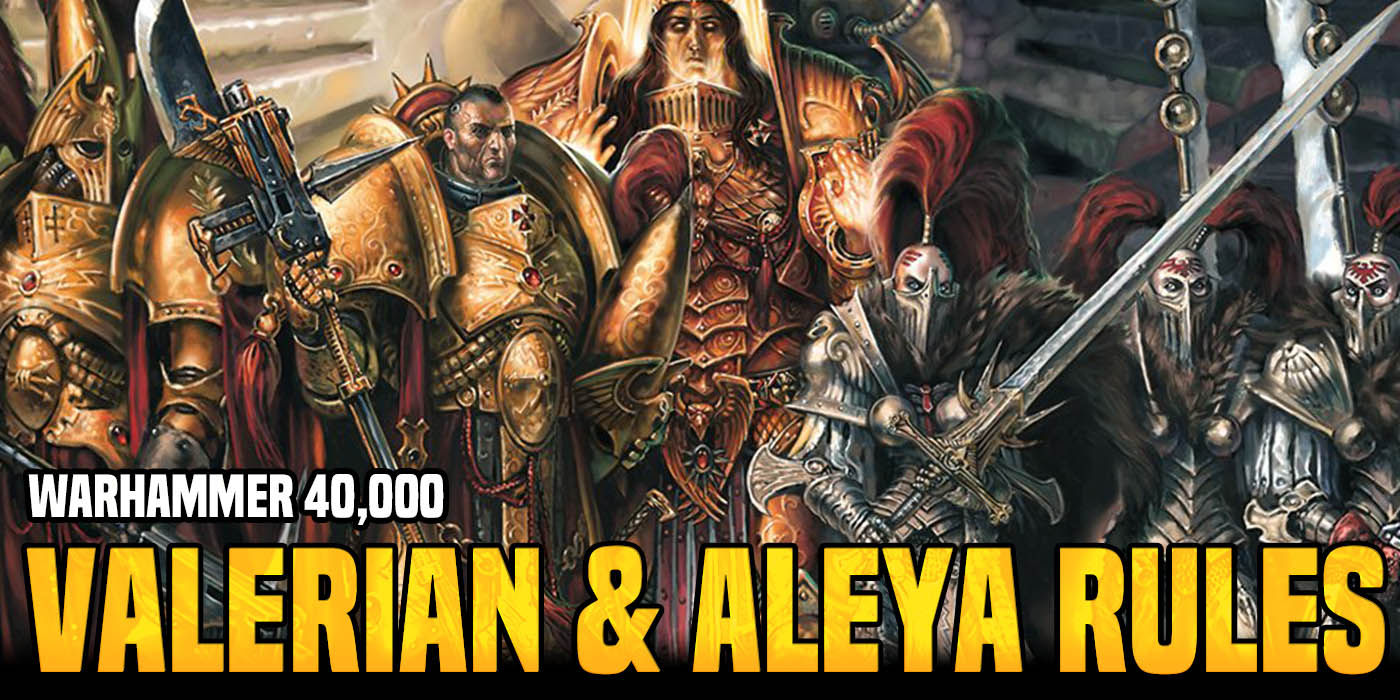 Games Workshop dropped a bunch of rules for the two new heroes of the Imperium along with a tease about the future of Psychic Awakening.

On Tuesday we saw the new miniatures revealed for The Regent’s Shadow. Today, we’re getting a closer look at their rules on the tabletop from Games Workshop – plus some exciting clues for the remaining Psychic Awakening books coming soon. Let’s tackle those rules first. 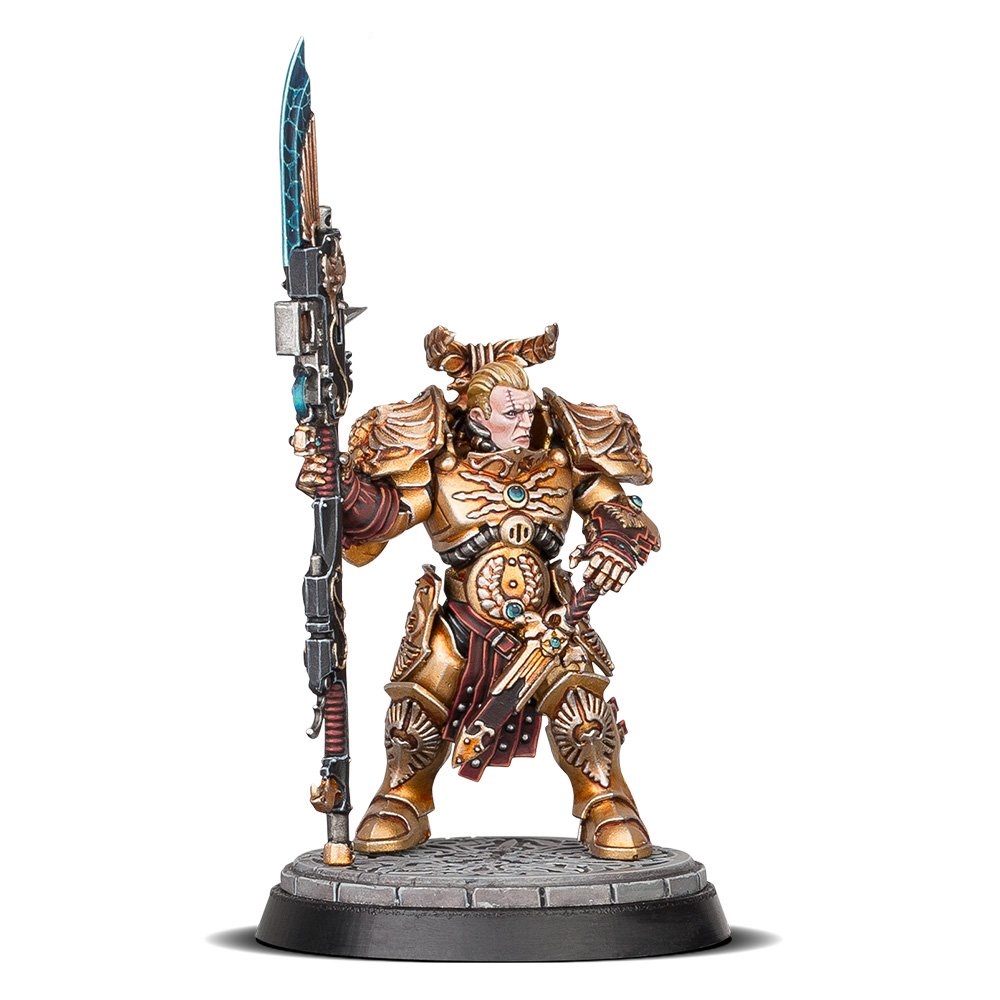 Valerian is a Shield-Captain of the Custodes so his statline is representative of that. He’s better than most other characters as befitting a Custodes:

He also wields a deadly masterwork guardian spear named Gnosis – and, much like the one who wields it, Gnosis is quite a formidable instrument of war:

Doing some quick mathhammer we’re already looking at 5 attacks hitting on 2s at strength 7 with -3 AP and D3 damage. That’s a possible 15 damage…and that’s before any other buffs are tossed his way. And speaking of buffs…

Did you want to make EXTRA sure those attacks land? Well here is Golden Laurels that allows you to re-roll the hit, wound or damage for an attack from Gnosis. Gee, I wonder what you’re going to save this one for. Probably not the to-hit roll. Why? Because he’s also got that covered:

While we haven’t seen all his key words, we’re pretty confident that he’s got the Adeptus Custodes keyword himself. He’s going to hit like a ton of bricks. 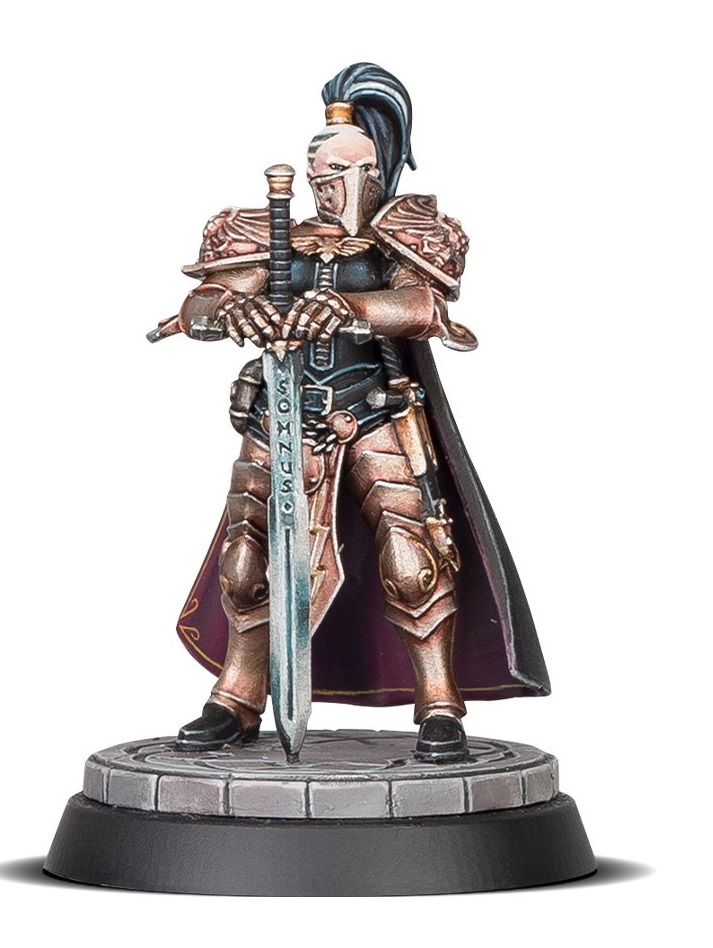 We’ve also got a better look at Aleya, the Sister of Silence. She also has the awesome responsibility of being the first Sisters of Silence Character! Good thing she’s no slouch:

She’s not a Custodes – but she’s not *that* far off. While her Strength and Toughness aren’t quite as scary, she’s still got a pretty great stat line for everything else. And her Somnus Blade should give the mightiest enemy characters a little pause when fighting her:

4 attacks, D3 Damage at 4 strength and -3 AP isn’t too shabby! Aleya can cleave a Chaos Space Marine in two with not that much luck. Plus if that heretic just so happens to be a sorcerer, well, that’s going to be even more consistent thanks to her Witch Hunter ability:

Oh, and she’s got that very nice Psychic Abomination ability that basically shuts down Psykers:

If you’re going to run Aleya, why not have a squad or two of the Sisters of Silence backing her up. Stack that Psychic Bubble up and grant them the Emperor’s Mercy (which typically involves a bolt to the head).

Talons of the Emperor & Future Hints

If you’re up to speed with all the latest rules developments in Chapter Approved 2019, you’ll notice that, by only having the Imperium Faction Keyword on their combined datasheet, Valerian and Aleya cannot currently join an Adeptus Custodes Detachment without the latter losing their Battle-forged bonus. However, you need not worry, for it won’t be long before both factions will be able to fight as one once more, when the Talons of the Emperor join the epic battles of the Psychic Awakening…

This is a pretty clear sign that Talons of the Emperor are going to get some new rules relatively soon for Psychic Awakening. Now we know it’s (maybe) not just Custodes getting new rules whenever that book comes out (post Engine War).

Who do you supposed they will be facing off against…

What do you think of Valerian and Aleya? How about that teaser? Let us know in the comments!