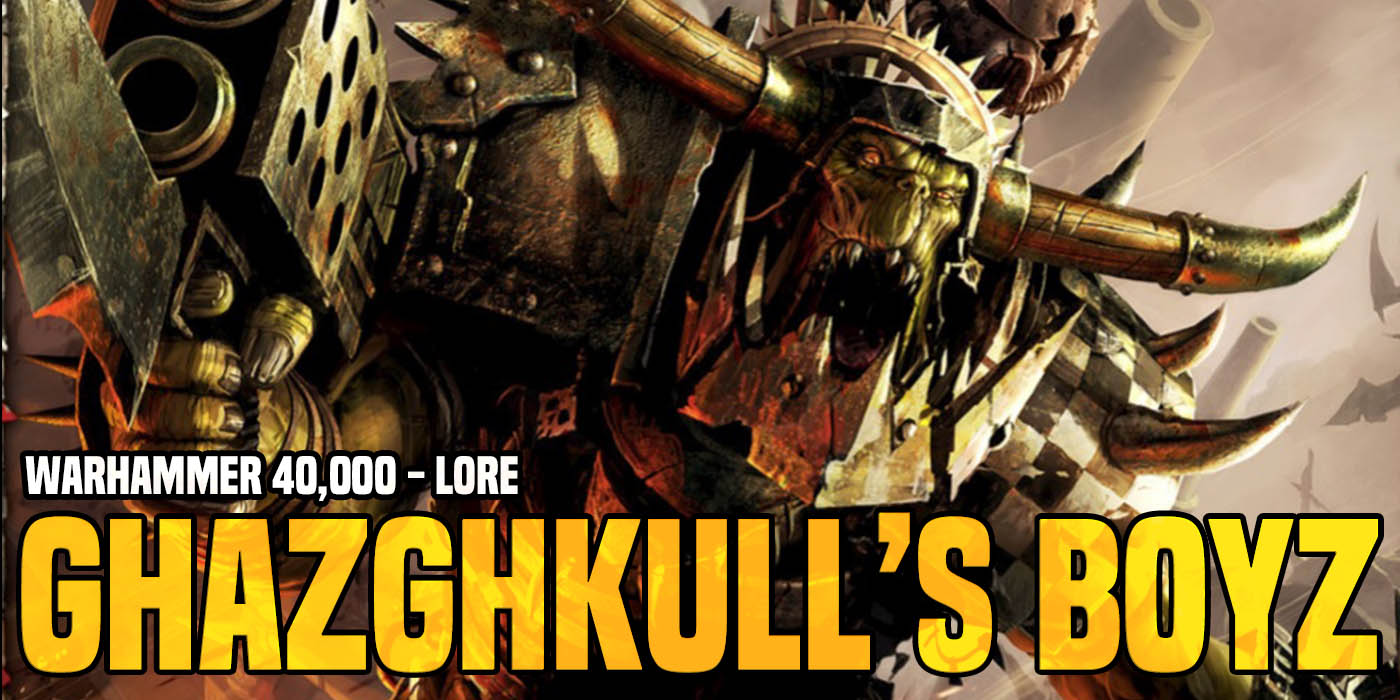 When you’re the leader of a WAAAGH!!! you’ve got to have people you “trust.” These are the ones Ghaz leans on to get stuff done.

You can’t be everywhere at once. Unless you’re Ghazghkull…but that’s besides the point. He can’t fight everyone – as much as he’d probably like that. So, he’s got some other Orks that he can count on to help him out. We wouldn’t say he “trusts” these Orks but at least they are competent. These are the Orks that get things done so Ghaz can lead-on.

“Orkimedes is one of the most infamous Ork Mek Boyz. Acting as the personal Mek Boy of the even more infamous Warboss Ghazghkull Mag Uruk Thraka, Orkimedes is perhaps most famous for his tellyporta technology which was used to devastating effect by Ork forces during the Third War for Armageddon.

Orkimedes is a mysterious figure in Ghazghkull’s army, so much so that his exact existence has never been verified. Instead, the Imperium has only encountered his handiwork on Armageddon such as up-gunned Gargants and submarines. Currently, he is one of the most actively sought-out targets by the Officio Assassinorum.”

Orkimedes has probably been tucked away working on even more Ork Tek for Ghaz. If you need it built he’s the Ork to get it done! 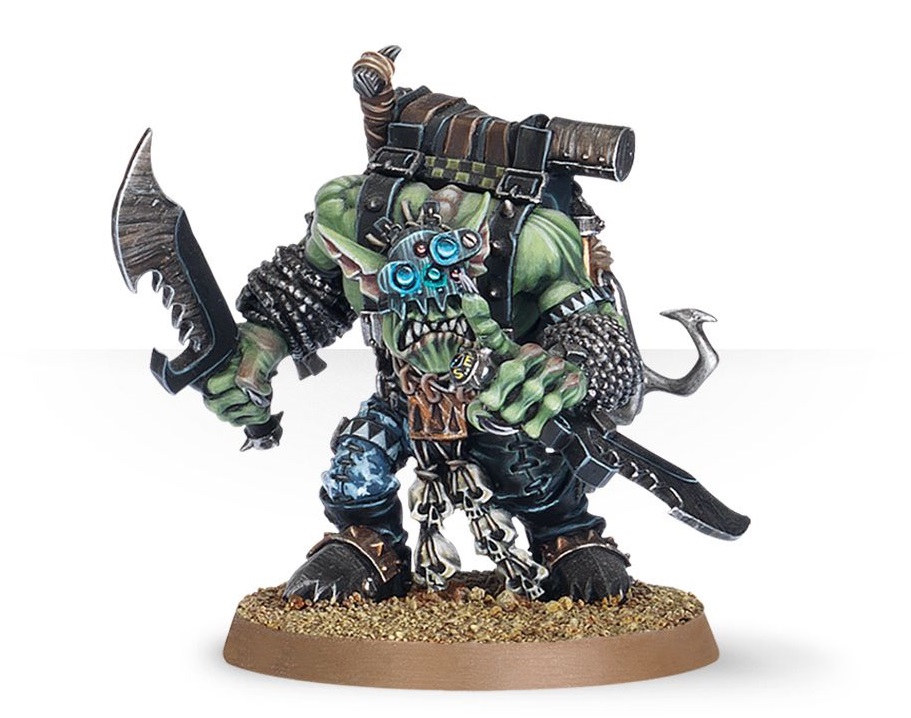 Boss Snikrot made a name for himself as an assassin and executioner for Warboss Killzkar. After ending up on the losing side of the Second War for Armageddon, Snikrot retreated in the the hellish jungles of Armageddon determined to conquer the terrain. For over 50 years, he and his kommandos have waged war in the jungles and the Red Skull Kommandos are a terror that plagues the Imperium.

After Ghaz left Armageddon, Boss Snikrot is still the one taking the fight to the Imperium – regardless of rumors of Daemonic Invasions on the planet! That’s why he’s here. 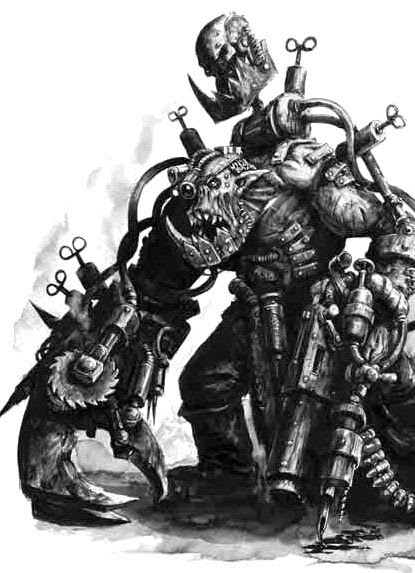 Grotsnik is, like most other Ork Painboyz, completely insane and obsessed with “serjery”. He has experimented on himself so much that he has become even more resilient (and demented) than most other Orks. His implanted bionik weapons make him a fearsome killing machine in close-combat. He is more than willing to experiment on any hapless Ork who ends up on his operating table.

Grotsnik is best known as the Dok who performed surgery on Ghazghkull Mag Uruk Thraka when the future Warboss received a bolter round to the head, replacing a large chunk of his skull with adamantium, which led to Ghazghkull’s communion with Gork and Mork and his subsequent dominance. Despite the general unpopularity of Grotsnik’s wanton surgery, no Ork would dare to harm him while he is under Ghazghkull’s personal protection. Suddenly extremely popular, Grotsnik looked at the mob of Orks waiting outside his tent and saw another great opportunity. He convinced the richest Nobz of his tribe that they too should have need for the procedure that saved Ghazghkull. What What Grotsnik didn’t tell them was that each cranium contained a portion of high explosive, and that he had a remote trigger hidden away for each of them. The work kept rolling in, and if a Nob with a metal cranium offended Grotsnik, he had no issue detonating their upgrade later.

Without Grotsnik, there wouldn’t BE a Ghazghkull! It’s a good thing he’s been running with Ghaz since day 1. 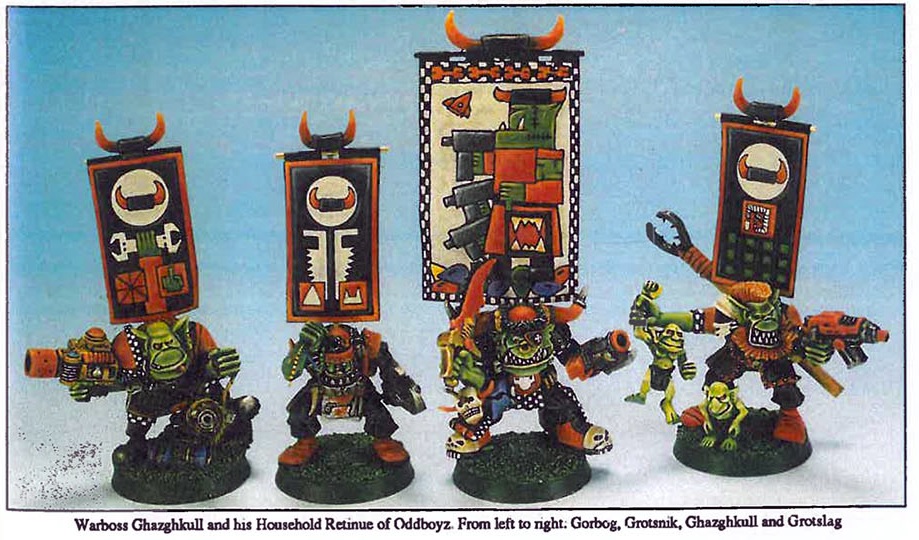 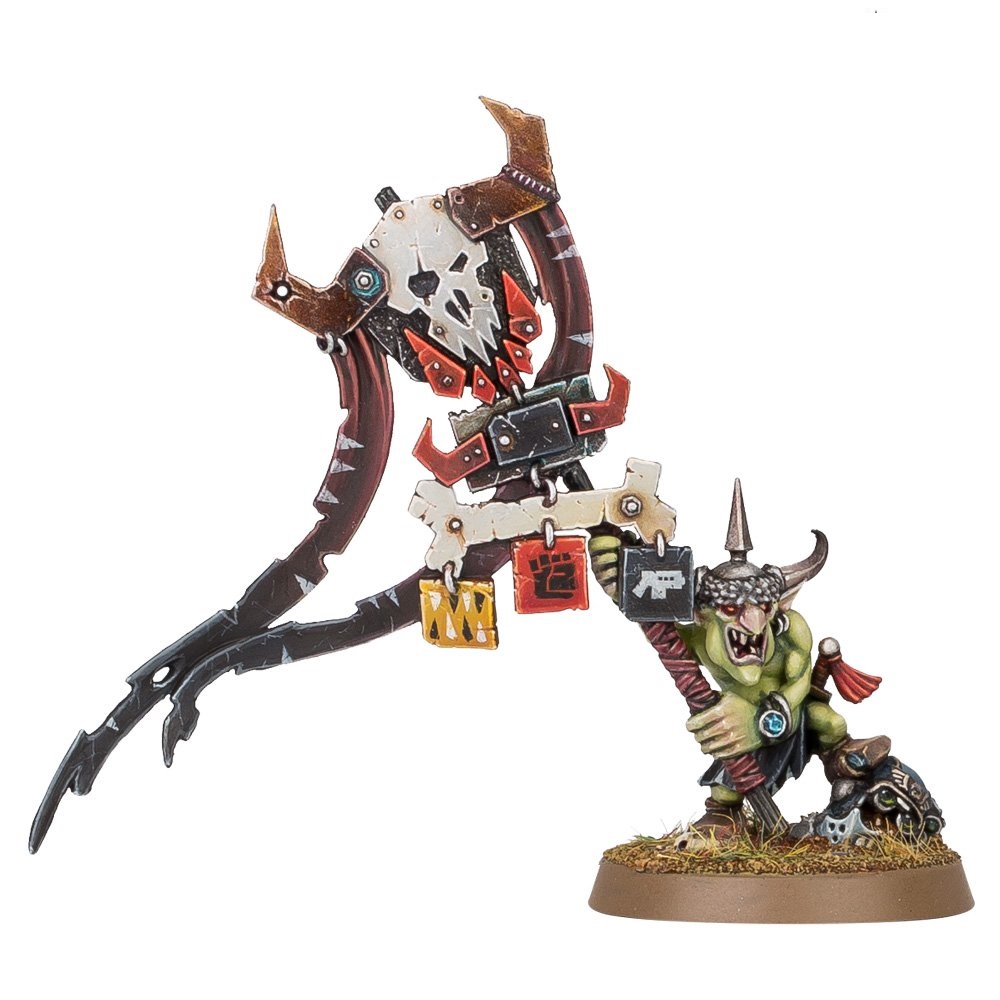 Makari, also known as Makari the Grot was an infamous Ork Gretchin. He is thought to be the luckiest Gretchin ever, surviving for nine years under the Warboss Ghazghkull Thraka before being accidentally sat on by his master and subsequently fed to a Squig. This incident may have been only rumour or Imperial propaganda, as Makari is still seen to follow Ghazghkull into battle. However, it is also possible that Ghazghkull may be “volunteering” new grots for the honour of becoming his standard-bearer.

Either this Grot really is the luckiest Grot to live or Ghaz keeps replacing him. Regardless, there has to be a good reason for Ghaz to keep him around. We aren’t quite sure what that is yet. Whatever the reason, Ghaz likes to have a Makari and that’s reason enough to have him included on our list!

Which OTHER Orks do you think should be on this list? Let us know in the Comments!