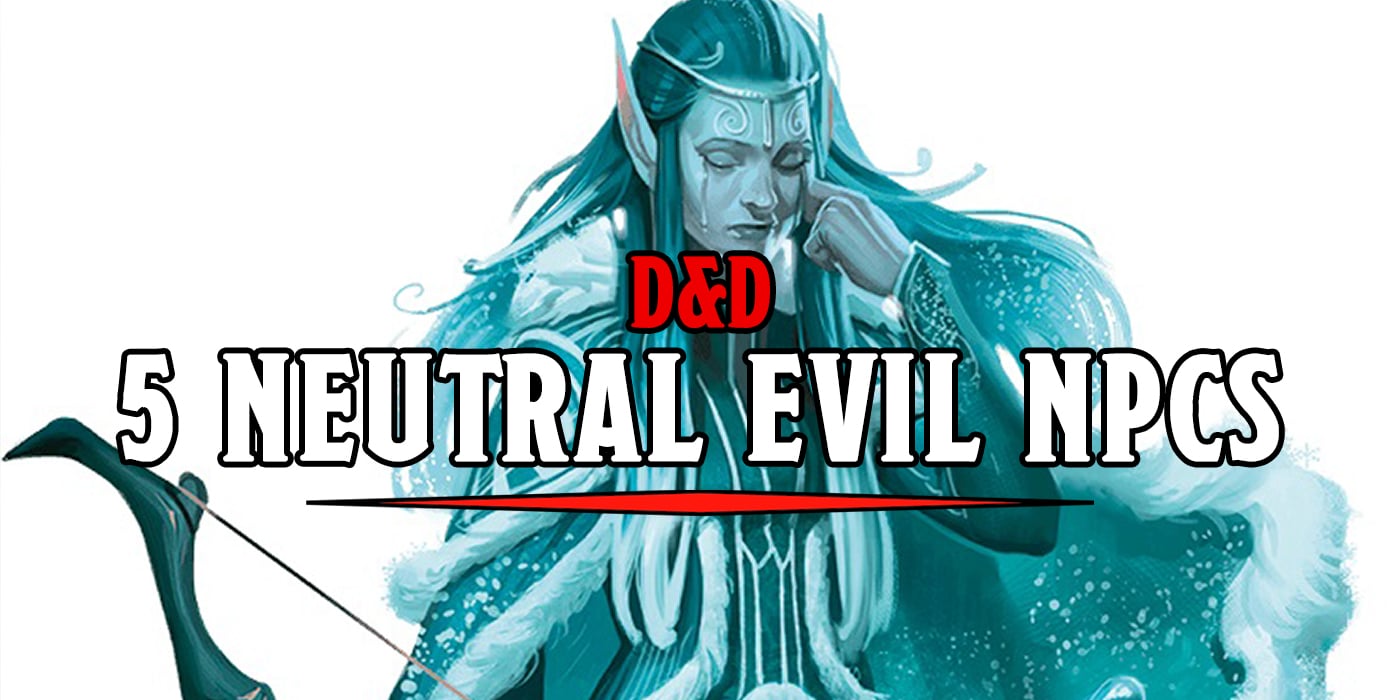 There’s no evil like neutral evil, like no evil I know. These five NPCs lean villainous, but make unlikely foils/allies for your adventurers.

When it comes to alignments, evil is often maligned. With good reason, it is, after all, evil. It’s a hard alignment to play with, as it tends to gravitate towards more selfish styles of play, since,  y’know, it’s all about being evil. You don’t go around donating to charities if you’re evil–though you might run a few yourself to try and assuage the crushing weight of your villainy. But evil characters can be such a fun roleplaying opportunity, especially when they’re NPCs that have no reason to fight against the PCs. With that in mind, here are five neutral evil nogoodniks to provide some questionable support.

Neutral evil (NE) is the alignment of those who do whatever they can get away with, without compassion or qualms. Many drow, some cloud giants, and goblins are neutral evil. 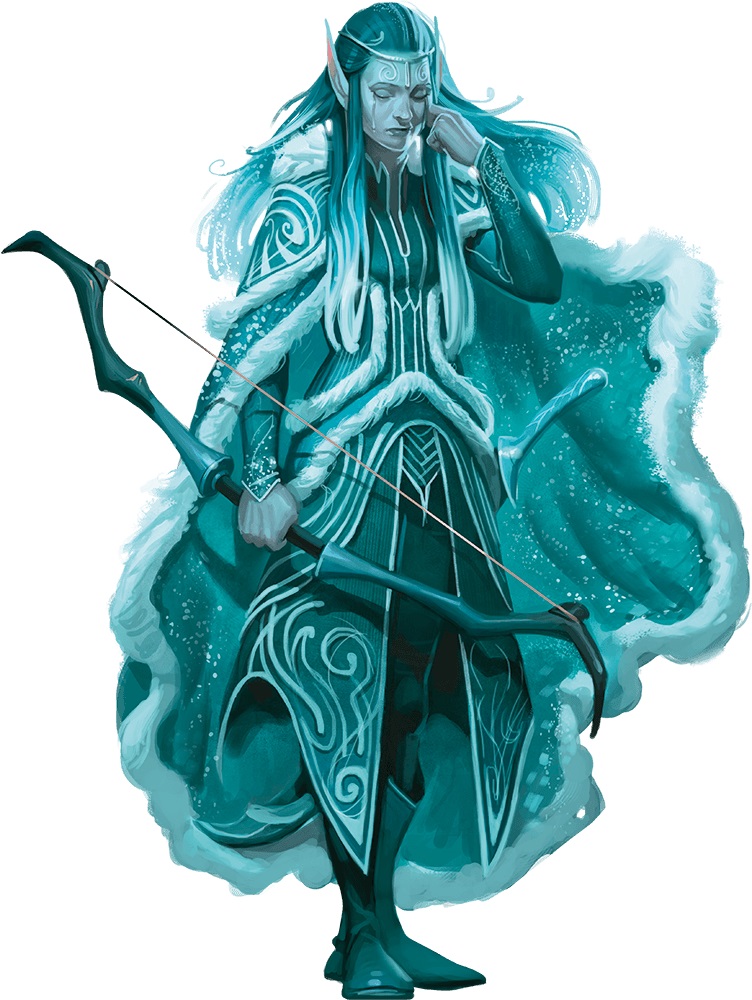 Sivias Xeln is an Eladrin Rogue who specializes in getting people and things into places without anyone asking questions. As Xeln points out, they can’t ask questions if they’re dead. Xeln is as cold and ruthless as the wintry aspect he so often wears. His approach to a job is cruel but effective. He’s unlikely to betray a client, though he’s also unlikely to risk his neck for them either–as soon as things get dangerous, Xeln will leave them to their own devices.

When the party needs to sneak into or out of a heavily guarded area, Sivias Xeln might show up as a potential ally, offering to get them where they need to go for a price and no questions asked. Xeln is a mastermind when it comes to criminal operations, and will often use alchemical concoctions to remove any “obstacles” in the way.

Aldriana Vorst is afraid of death, and that is why she has sought to master it. A human necromancer of at least moderate ability, Vorst understands that you can get so much more done when your servants don’t need to sleep or eat or even breathe. She is a powerful spellcaster in her own right, but can also make her undead minions available to a party that’s in need of an ally or other magical aid.

Especially if she believes that the party might be able to help her acquire rare magical components for her eventual ascent into Lichdom–or if you really want to get creepy, she’ll offer higher level spells cast in exchange for months or years of the character’s life. 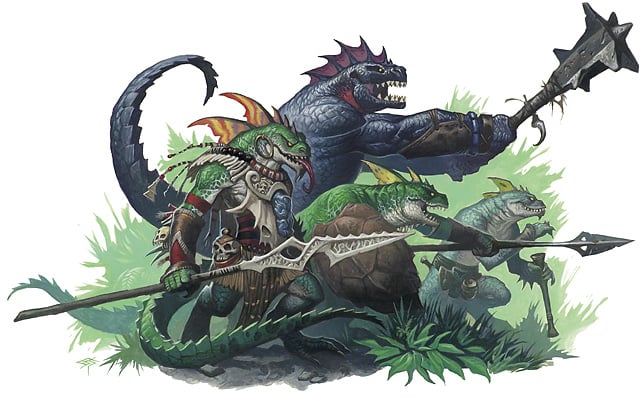 Kolvas Threx is a priest of Sess’innek. This Lizardman is one of the few true acolytes of an ancient tanar’ri lord, once worshipped by the lizardfolk in the area as a deity. Now Sess’innek has fallen into relative obscurity (in this edition at least), Kolvas works to secretly expand his lord’s influence.

Wearing the symbol of a green, clawed reptilian hand, Kolvas Threx is clearly up to something…but when not actively spreading the horrifying news of Sess’innek, he provides healing and succor and buffs to any worshippers under the belief that even working the tanar’ri’s power in the world helps it grow strong. 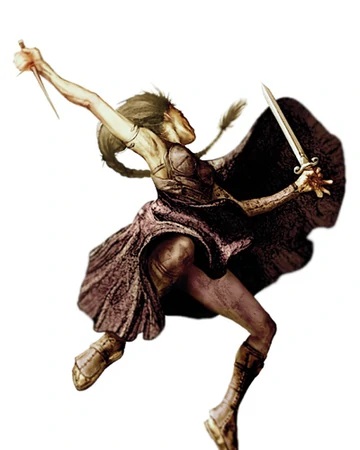 Ethram Nol is a human monk, raised in a secluded monastery and taught to wield shadow as easily as one wields a sword. This shadowy monk abandoned their monastery before their training was complete, choosing instead to venture out into the world and experience everything it had to offer.

At least that’s the official story. Few know that Ethram Nol is still working for the Hand of Gloom, an order of assassins who have helped shape political events in the local area for years. Ethram might hire the party to complete a task for them that furthers the overall goal of their masters. Whatever the case, Ethram cares only about their task, and takes little pleasure in the comforts they pretend to enjoy. 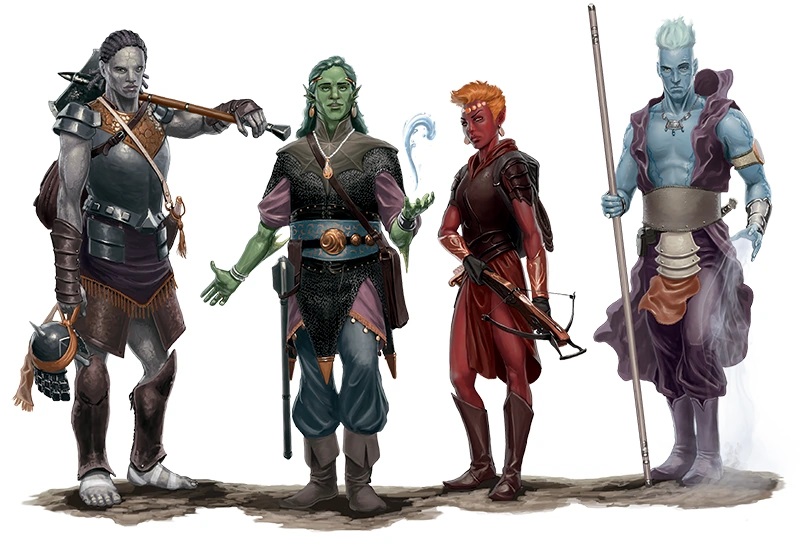 Kinla ‘The Duchess’ Grev is an Earth Genasi revolutionary who will stop at nothing to bring about the downfall of the current government wherever they are. Kinla works best as an ally to players looking to topple a tyrannical government or some other upheaval-centered goal like that.

Kinla represents an extreme commitment to the ideal, and is willing to make any sacrifice necessary to ensure that those in power feel the terror that she feels they’re due. While her methods are brutal, there’s no arguing with results.

Keep these folks in mind the next time you’re looking for evil NPCs that aren’t necessarily villains, but definitely aren’t heroes.