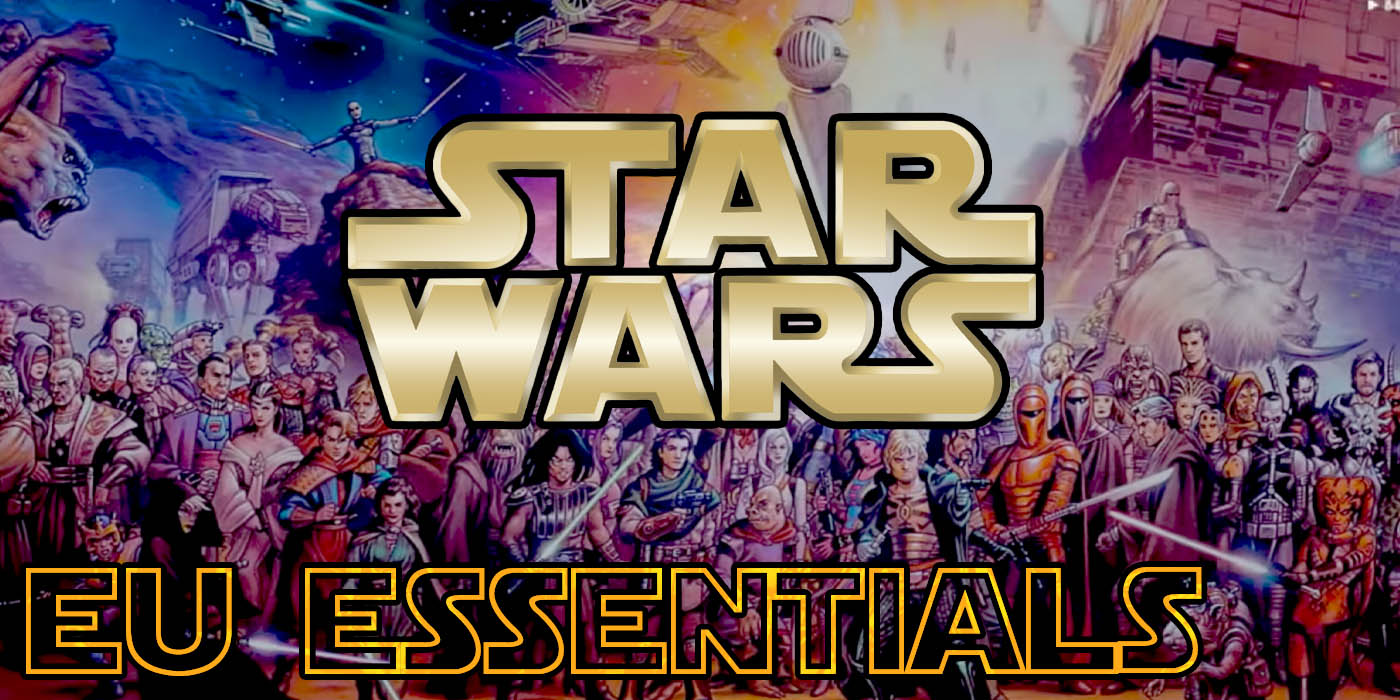 Today let’s take a look at the Star Wars Expanded Universe and how to get into it.

For years before Disney purchased Lucasfilm the Star Wars story was primarily told through the Expanded Universe, or EU, a collection of books, comics, audio dramas and games that continued and expanded on the stories from the movies. These books were published between 1978 and 2012 and represent a massive collection of Star Wars stories.

Sadly, when Disney took over they declared these stories non-canon or “Legends,” a move that made sense given their need to have creative freedom for the new trilogy but a sad one all the same. However, these books still exist and there are some great reads out there. In fact now, while everyone is stuck at home is a great time to get into the books. If you are a fan of any of the FFG Star Wars games you will know a lot of the characters here.  To help I thought I’d provide a quick primer to some of the highlights of the EU.

Note I am going to stick to novels here, and these are just the novels I consider essential, not all of them.

Mild spoilers for a bunch of older books. 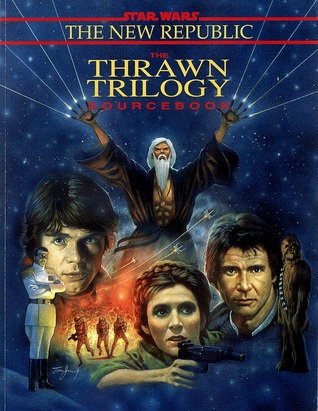 The Thrawn Trilogy, Heir To The Empire, Dark Force Rising and The Last Commander, weren’t the first book in the EU but they are the ones that really got it going. The trilogy written by Timothy Zhan is set 5 years (9ABY) after Return of the Jedi and helped revitalize the franchise, and really made the EU a thing. The books are good on their own right, and generally consider some of, if not the, best Star Wars books. They helped set the tone for a lot of what was to come and introduced a host of popular and incredible important characters such as Grand Admiral Thrawn, Mara Jade, Talon Karrde, Gilad Pellaeon, and Jacen and Jaina Solo. These are the Ur-EU books and demand a good reading. 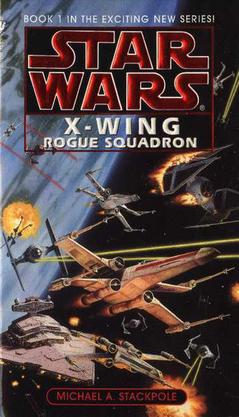 This series of 10 books primarily takes place between ABY (After the Battle Of Yavin, I.E. A New Hope) 6-12, though the latter two books go up to ABY 44. These books were written after the Thrawn Trilogy, though they take place before it chronologically are another group of foundational texts for the EU and are generally the Thrawn Trilogy’s competition for the best EU books.

The first 4 books cover the adventures of the famous and popular Rogue Squadron led by Wedge Antilles. they introduce a number of important EU charterers such as Corran Horn and Tycho Celchu. Books 5-7 cover the adventures of Wraith Squadron, while the last three books are more stand-alone though they focus back on Rogue Squadron. All of these books are great (though the 4th Book is my favorite) and feature a ton of great adventures and dogfights. They also stand out as not being focused on the core cast from the movies.

The Courtship of Princess Leia 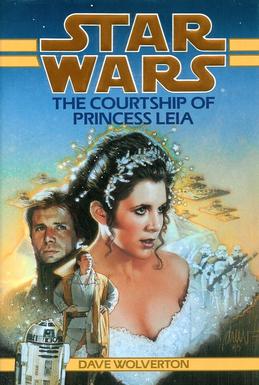 Set in 8 ABY The Courtship of Princess Leia is a stand-alone novel that focuses on, well the courtship of Leia. It’s not on its own an amazing book, though it has some good parts. It introduces a few important concepts that have big effects on the EU. Both the Hapen Consortium and the Night Sisters get their introduction here. A lot of the stuff introduced in this book has long felt important for the EU. Heck, the Night Sisters even made the jump over to canon. Oh, and Han and Leia get married. 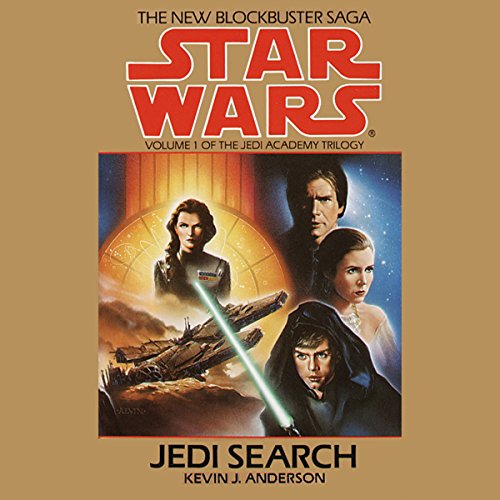 Set two years after the Thrawn Trilogy in ABY 11 the Jedi Academy Trilogy, as the name suggests, mainly focuses on Luke’s attempts to start up a Jedi Academy. This is the last of what I would consider the real foundational texts that set up the EU. Luke’s struggles to bring back the Jedi are a major storyline throughout the next 90+ novels and this is really where it kicks off. in addition to setting the stage for that adventure, this series introduces a number of long-running characters such as Kyp Durron and Admiral Daala. The Sequel Trilogy also likely lifted some plot points from here.

The Hand Of Thrawn Duology 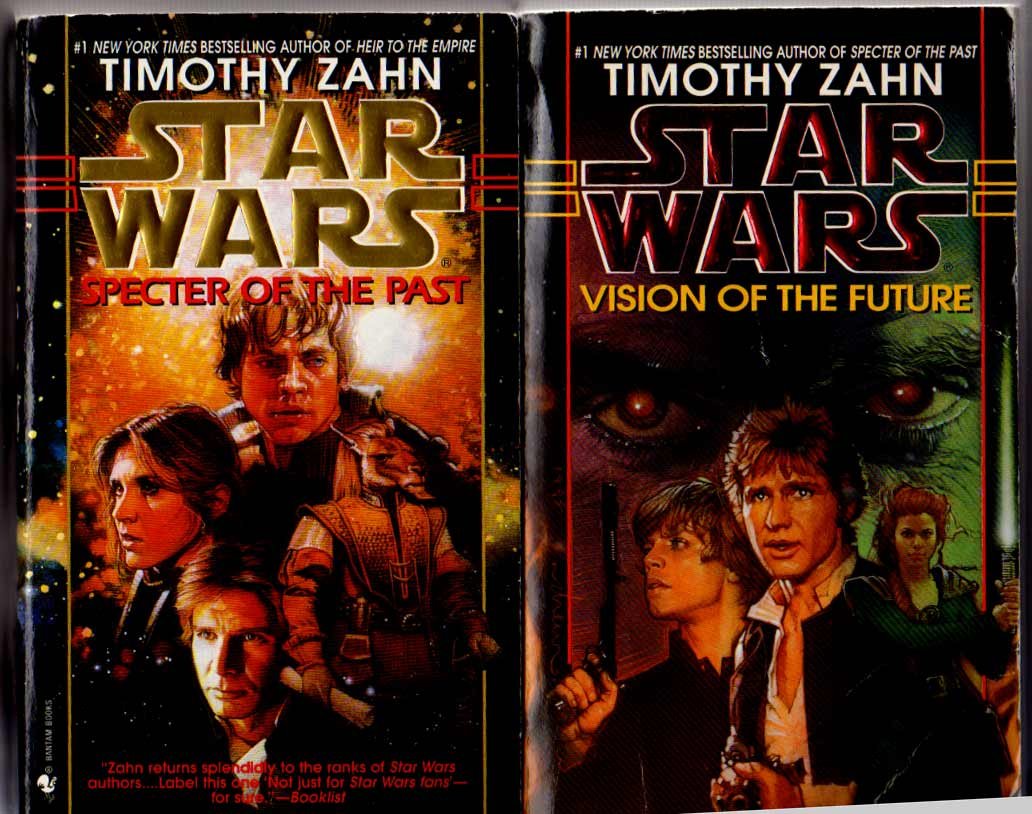 Between the Jedi Academy Trilogy and the Hand of Thrawn there are 12 more books. Those books and all the prior ones on the list cover the conclusion of the Galactic Civil War between the Empire and Rebellion (later the New Republic). The Hand of Thrawn, Specter of the Past and Visions of the Future takes place in 19 ABY and wraps up the Galactic Civil War. They are something of transitional books as they mark a shift in the EU focus from the Empire/New Republic conflict into new territory.  The Thrawn Trilogy and the Hand of Thrawn stand as bookends to the early EU. 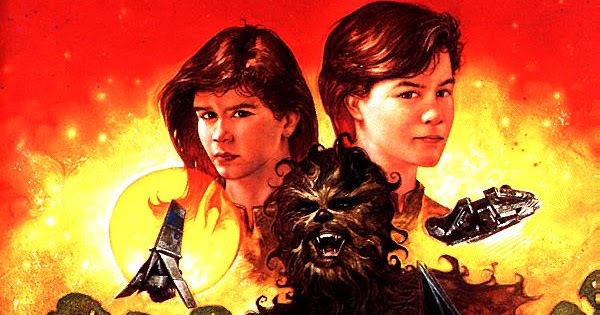 This is a series of 14 books that deal with Jedi training of Han and Leia’s three kids as well as other members of a younger generation of Jedi Knights. These are YA novels so they are shorter and aimed at a younger crowd. They remain important to the overall EU as they introduce and build up characters that are central to the later EU books. Unlike most of the early books, these focus pretty exclusively on Jedi matters. They are quick reads and decent books overall. They take place between 23 and 24 ABY and bridge the gap between the New Republic Era and the New Jedi Order Era.

The New Jedi Order is a series of 22 books taking place between ABY 25 and 29. They deal with the invasion of the Yuuzhan Vong, and extra-galactic enemy, and the war against them. This is a long and controversial series. Tonally it is very different from the early books, a lot of characters die and it deals with far more serious themes than early Star Wars books, such as death, loss, and defeat. The Yuuzhan Vong are also disliked by many. With 22 books, the quality is hit and miss. Some are pretty meh, others, such as Star by Star are real standouts. Feelings aside the series fundamentally reshaped the Star Wars setting.

The Legacy of the Force Series 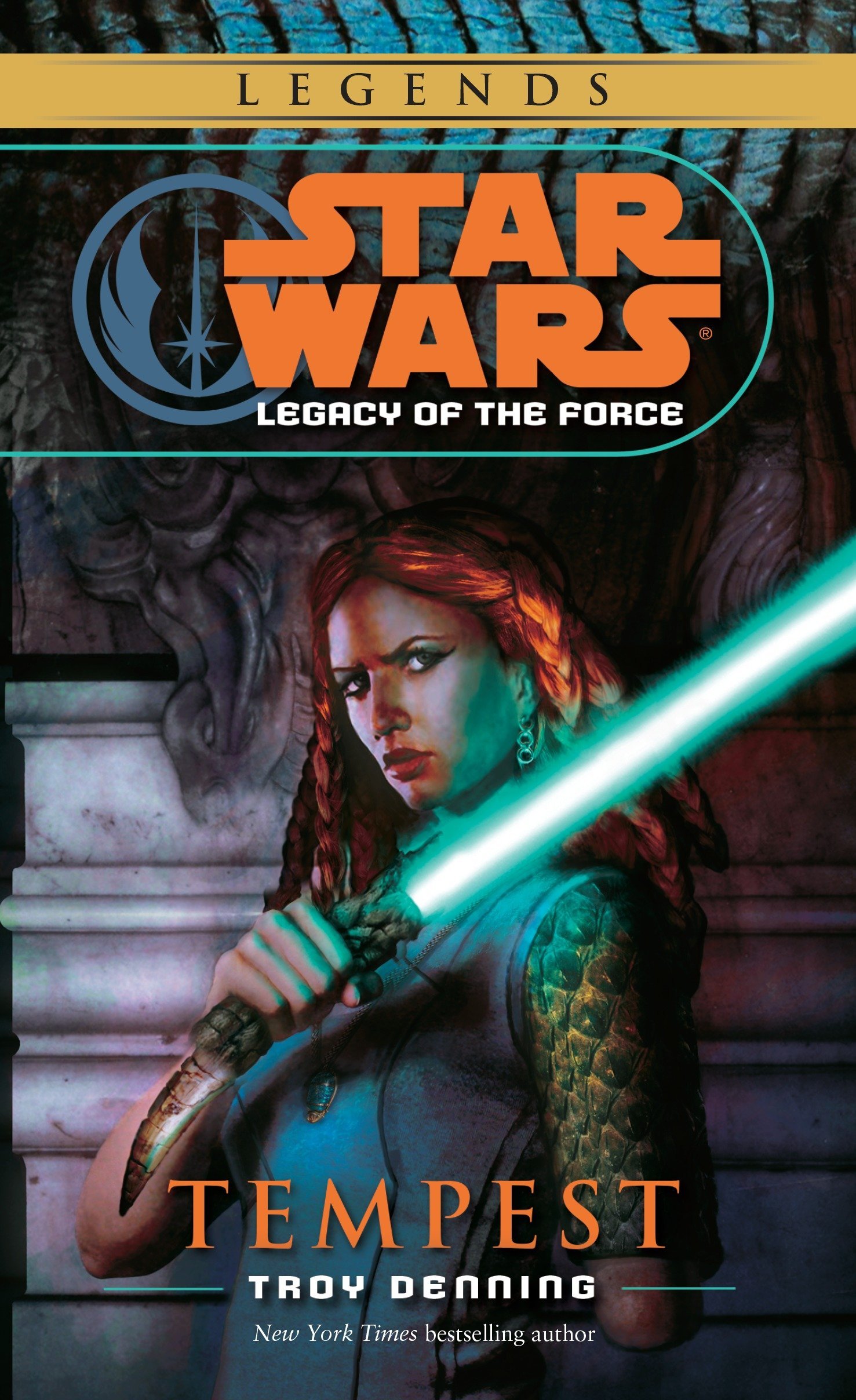 The Legacy of the Force series is the second to last of the EU series and is set between 40 and 41 ABY. It focuses on a second Galactic Civil War and the fate of Han and Leia’s children. It’s got a lot of war, tons of Jedi stuff and the Mandalorians come back in a big way. It ties up a lot of the loose ends from the New Jedi Order books and completes a lot of the arcs younger generation of Jedi, forms the Young Jedi Knight books. It’s got some solid books and if you’ve been reading along with the EU in many serves as a better ending than the Fate of the Jedi books (the final series before the buyout). 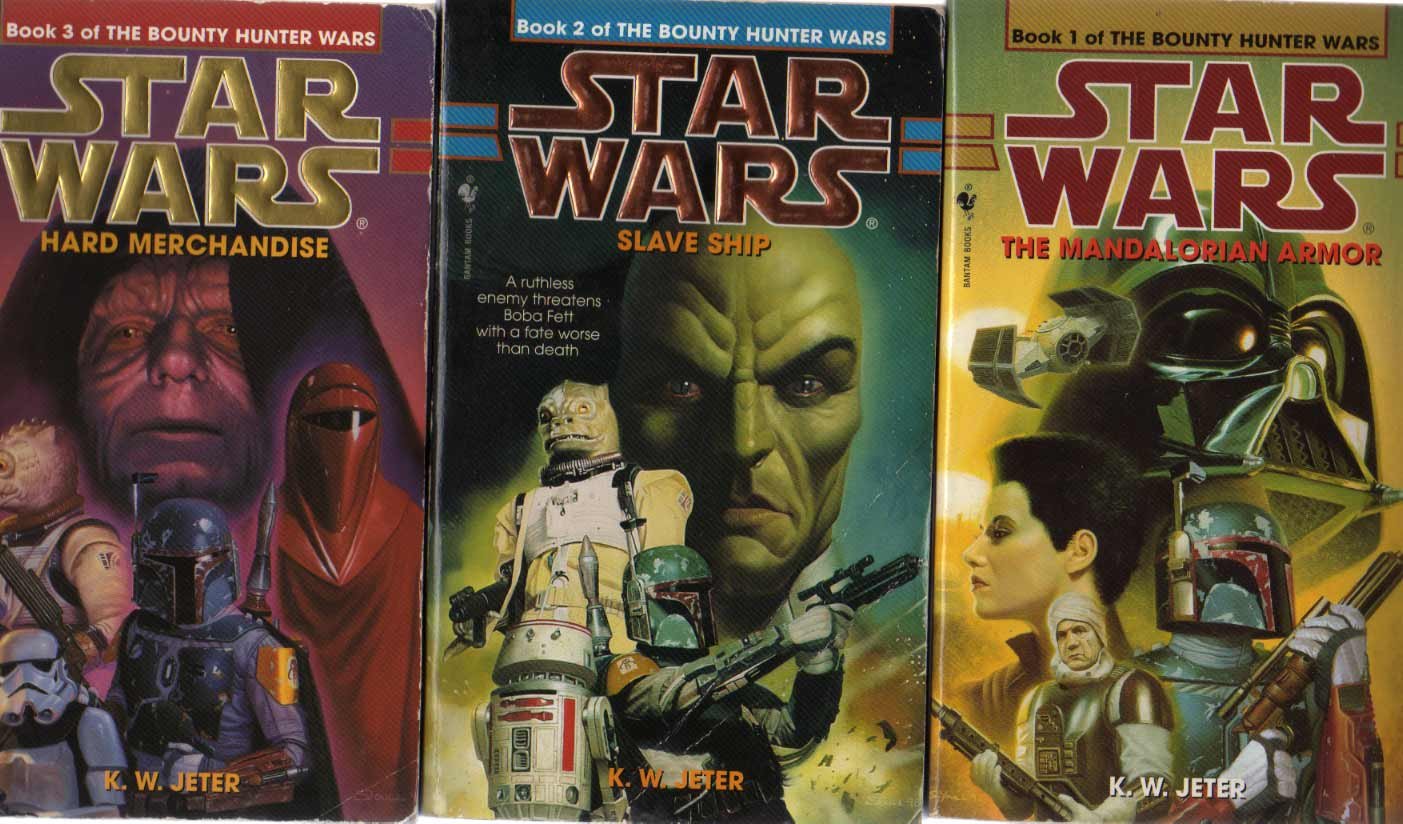 Set between 0-4 ABY the Bounty Hunter Wars series aren’t all that important to the EU as a whole, though they do introduce and flesh out some characters. However these are the books about Boba Fett, and the Bounty Hunters in general.  They show off a bunch of badass characters and a side of Star Wars you don’t normally get to see. If you like those things, or are a fan of the Mandalorian these are great reads. 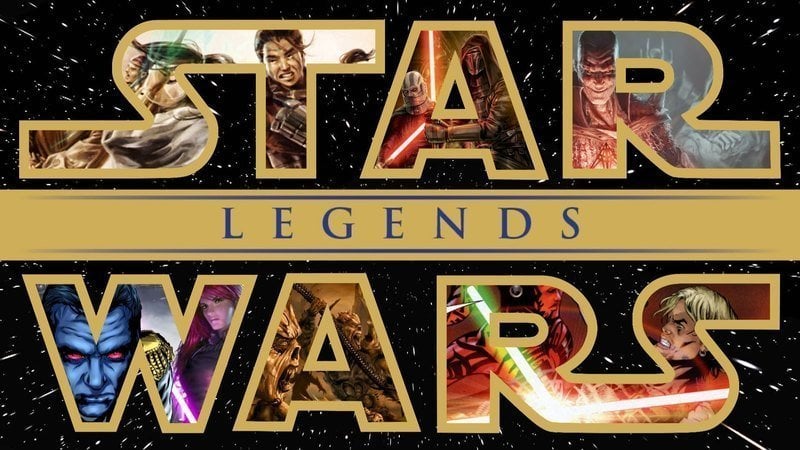 Let us know which EU book was your favorite, down in the comments!