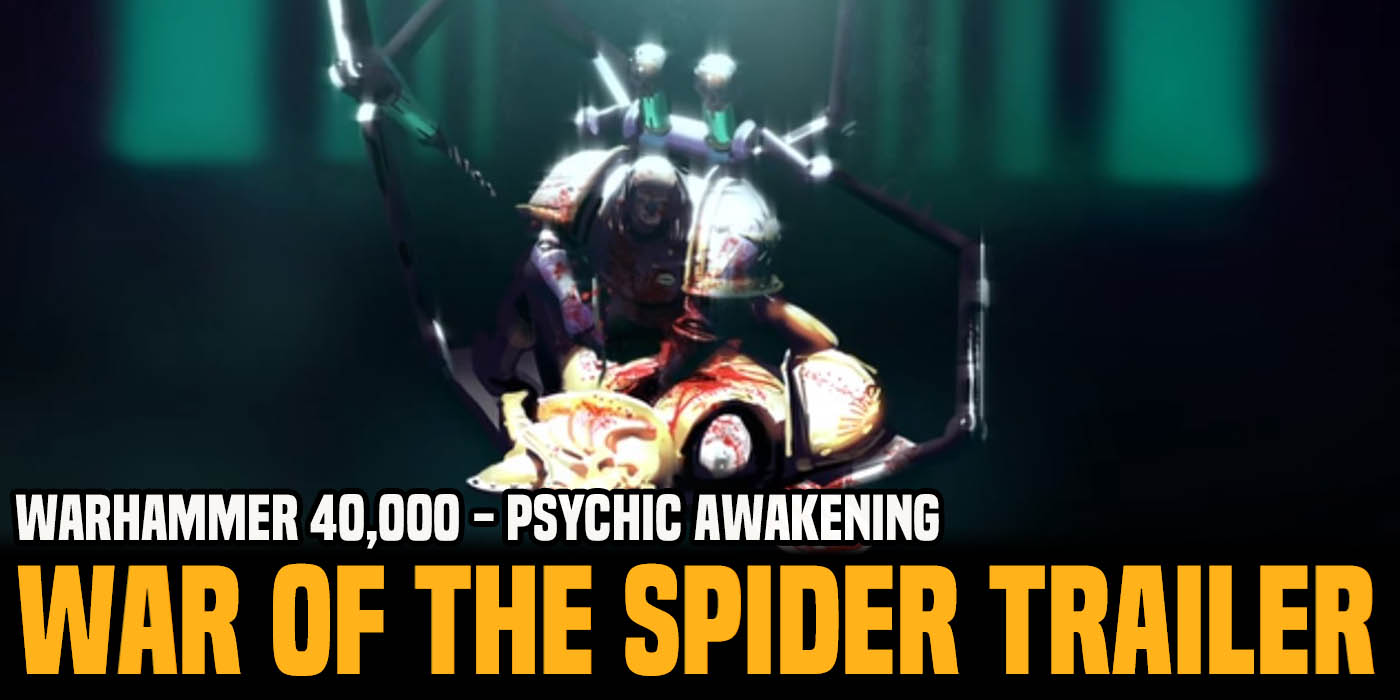 Games Workshop has a new video for the War of the Spider and this does not bode well for anyone not named Fabius Bile.

Well now, this certainly makes things a *tad* more interesting for the War of the Spider. After the short story from GW today and now this, the scale of this conflict is starting to take shape.

We knew that Fabius Bile was heading back to the Cadia Gate and now why. He wants to turn the sector into his personal Laboratory.

Yes – he’s calling Abaddon a “short-sighted fool.” I’m sure that will be fine…

And look who’s fighting now – Custodes and Death Guard. This is just further confirmation of who’s joining the fray (and who’s getting more rules).

We also get a look at a couple of Fabius Bile’s uh…allies? We have more art of those creepy servitor-thralls along with a couple Renegade Space Marines in the background. That’s neat – for Fabius Bile. But the last image we see is probably the most worrisome – for everyone else.

Is that Fabius Bile (yes) doing some surgery on a Custodian Guard (also yes)? One can guess what type of genetic material he’s harvesting from the Custodian Guard and newsflash – that’s BAD news. Anyone want to theorize what type of genetic tests he’s going to run with that quality of material to play with? Fabius Bile is on a quest to unlock the secrets of life and death. Based on what he’s gotten his hands on so far, he’s definitely cooking up something in his lab.

Primaris Chaos Marines? I’m starting to think Bile’s working on something bigger than that…