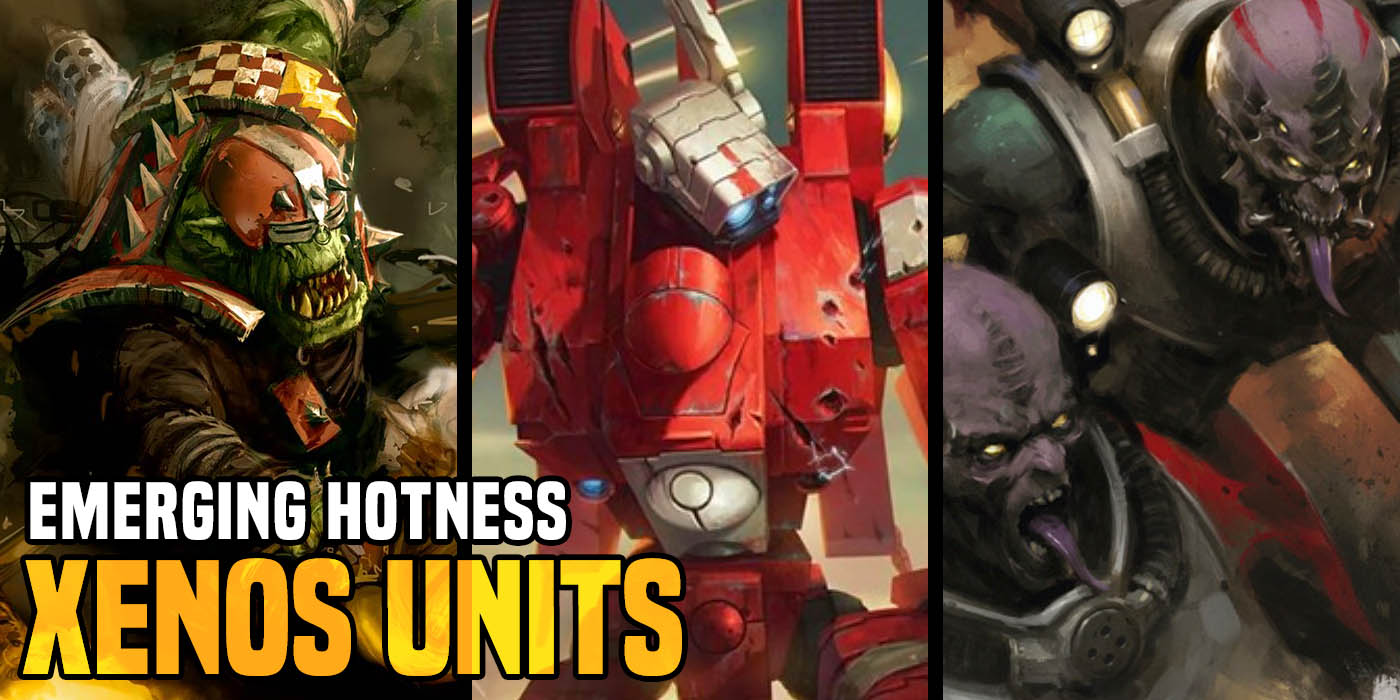 Hey everyone! Adam here to talk about what may become the new hotness for the forces of the nefarious Xenos.

Hopefully everyone is doing well and staying safe at this time. I know that there are a few places that are starting to open up so we should get some actual in person 40K tournaments going in a few weeks. As I mentioned last week, there are a number of units, or even armies, to look out for once things settle down. Last week we looked at a few units that are a part of the Imperial forces. This week we will take a look at some units that will be more prevalent on the tabletop these coming weeks, until the next meta shift, with focus on the Xenos armies. Once again, these are just educated guesses and there are a lot of units that could come forth, especially with many players playing games online. So here are a few units that I think will be making more appearances on a tabletop near you. 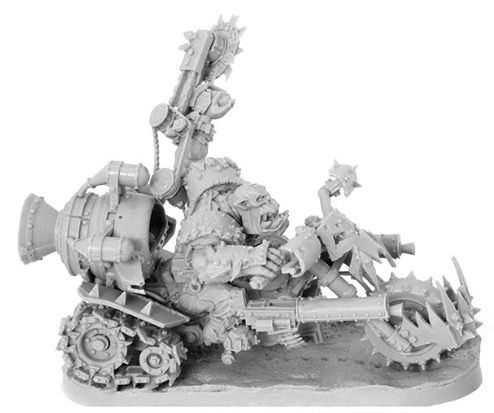 If you played against an ork army, especially as you got closer to the top tables, you would most likely see it being led by a Big Mek with a relic Shokk Attack Gun. He was almost always accompanied by two other big meks, also with Shokk Attack guns. There may have been some variation but, at the core, that is what you fought against. With the release of Saga of the Beast, there is a stratagem that buffs up the Ork Warboss on Bike. The stratagem, called “Da Biggest Boss”, gives a warboss model +1 wound and attack, and gives them a 4+ invulnerable save. This makes them a mini-Ghazghkull. Now you may wonder why not just use the actual Ghazghkull? Well for starters, the Warboss on Bike is easier to hide, because it is still under 10 wounds, actually has an invulnerable save just for him, and can actually benefit from the different clan traits. As much as I love the Ghazghkull model, and fluff, the rules for the model really make it a hard unit to use in a competitive environment. Finally, if you need to get your warboss in to the action as quickly as possible, then being on a bike gives them the reach they need to stomp on the enemy. So be on the lookout foe a lot of Warbosses on bikes in the future. 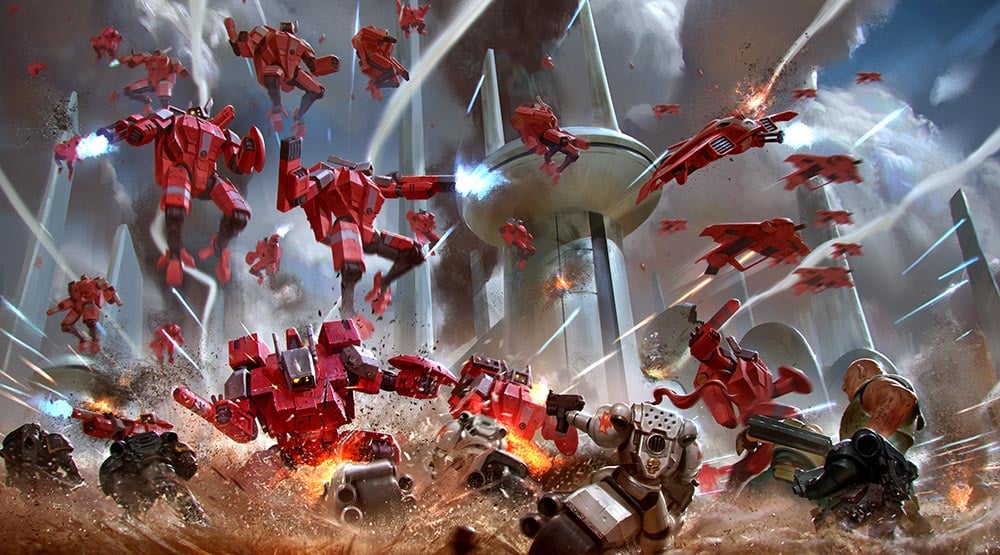 When playing against Tau you usually only see one thing, drones. You rarely see the red paint of the Farsight Enclave on the tabletop. The “Greater Good” Psychic Awakening has given that particular faction of Tau some much needed bells and whistles to help them on the battlefield. The ability to field more Commanders really allows a Tau player to bring in more hard hitting shooting units. You might even see some Crisis Suits make an appearance. I can see people building building an army around Commanders and using their mobility and access to high strength firepower to overwhelm players. Another option is to use the previously invisible Crisis Suits to create a “crisis bomb” or two and really disrupt people’s plans. Unfortunately the warlord traits aren’t too up there, but some of the experimental systems might see some use in the army. In any case, I expect to see a lot more red armies on the battlefield. Hopefully there won’t be as many drones. 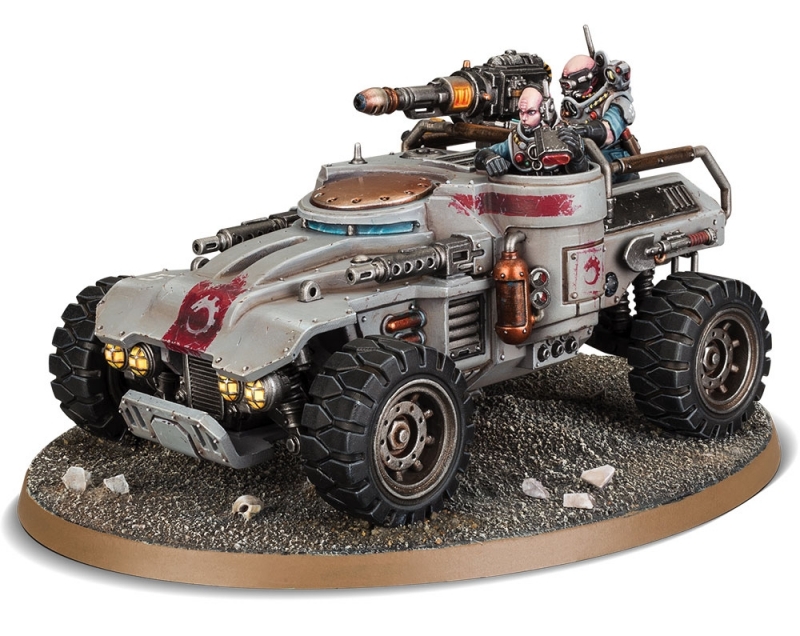 If you happened to watch this year’s Charityhammer stream, you may have seen an army list that used Ridge Runners. For those that don’t know what the unit is, the Ridge Runner is a Genestealer Cult vehicle. The current list people are tooling with has not one, not two, but 8-12 of them. They have a scout move, which allows them a 9″ move before the first turn of the game, and have good speed. You can arm them with a heavy mining laser (basically a lascannon), that hits on a 4+. This gives you a mobile platform for your heavy weapons. Now, if you have around 8 of them running around the battlefield, they can be somewhat of a nuisance, and gives your opponent a large threat overload as you still have your other units in the army. Now the downside is that they are a vehicle model so the army is an expensive one to build. That being said, I would not be surprised to see at least one army of Ridgerunners at a grand tournament near you.

~That’s all for this week. Hope you enjoyed the article. let me know what you think, and what units or armies you expect to make an appearance, in the comments section below!

Author: Adam Solis
I've been a wargamer for over 30 years. I have just about seen it all. My favorite game is Warhammer 40,000 but I will play, or at least read the rules, just about any tabletop miniature game at least once. I headed up the Warhammer 40K Judges team at the Las Vegas Open for several years.
Advertisement
Editorials Rules Warhammer 40k
Advertisement 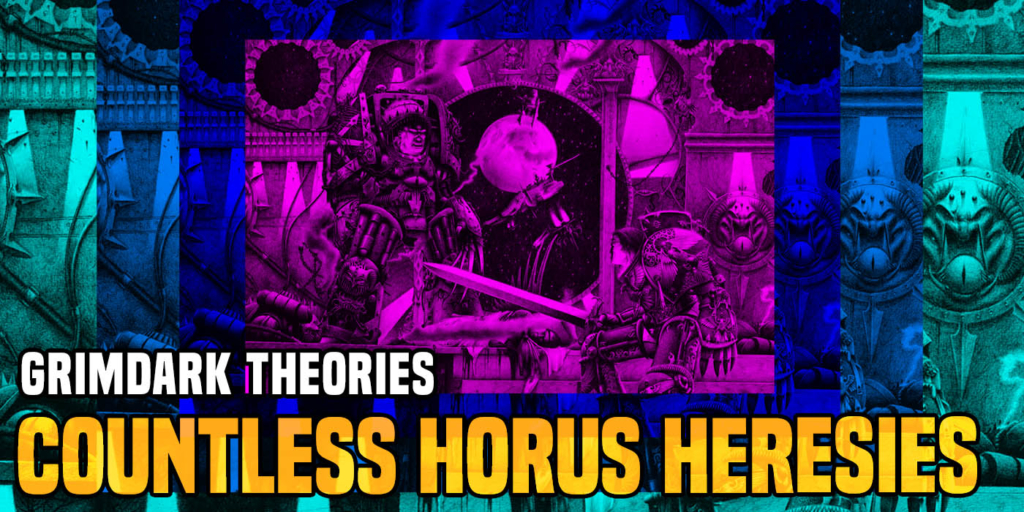