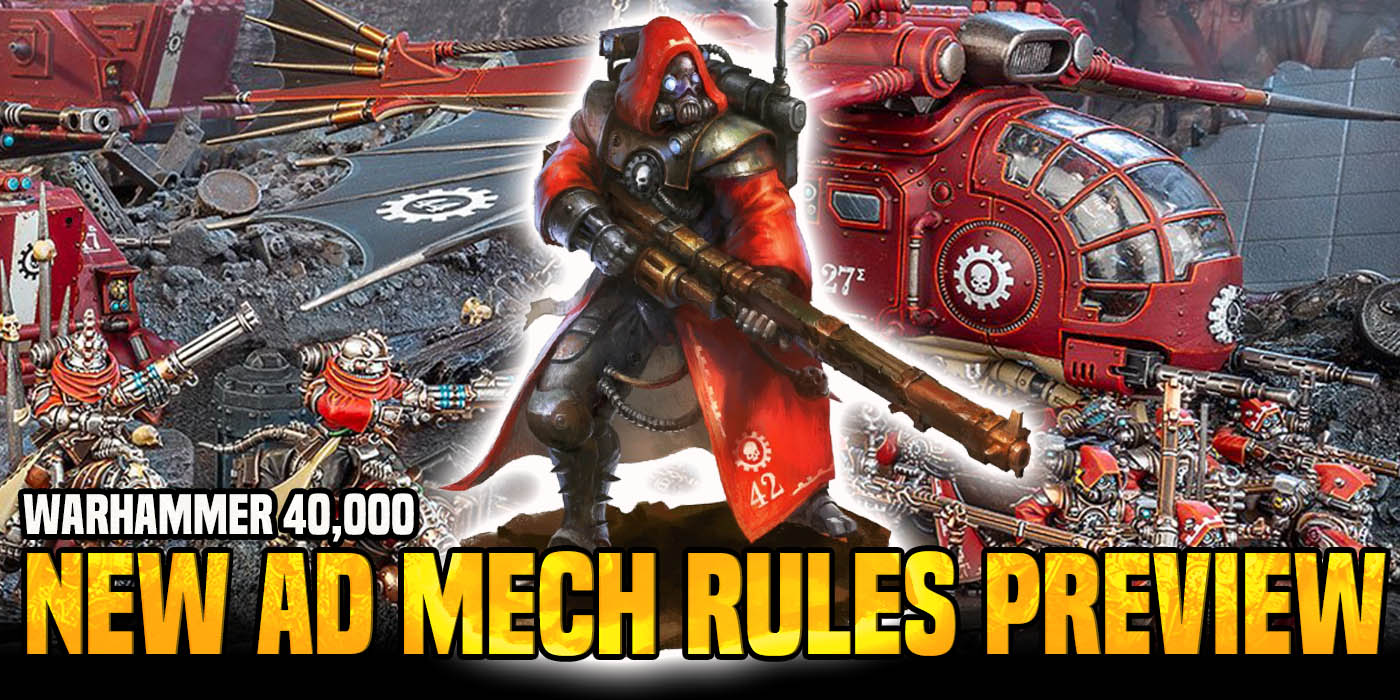 Games Workshop is showcasing some of the new rules for the Adeptus Mechanicus from Engine War. Time to get your motor runnin’!

Psychic Awakening: Engine War is on the horizon and the Adeptus Mechanicus are getting a ton of new models. But it’s not just models heading their way – it’s a Forge World’s worth of new rules, too! They are getting the Psychic Awakening treatment with new Warlord Traits, Stratagems, Canticles, wargear, and even the option to create-your-own Forge World!

“Engine War introduces the option for you to create your own forge world for your Adeptus Mechanicus force to hail from. You then get to select a primary and secondary ability to make a new dogma for your world.”

Below are just two of the new dogmas you can choose from and you can bet there are tons more where these came from:

If you’d prefer to keep playing as one of the Forge Worlds from their codex you’re not left out in cold as you’re getting access to new Canticles to use: 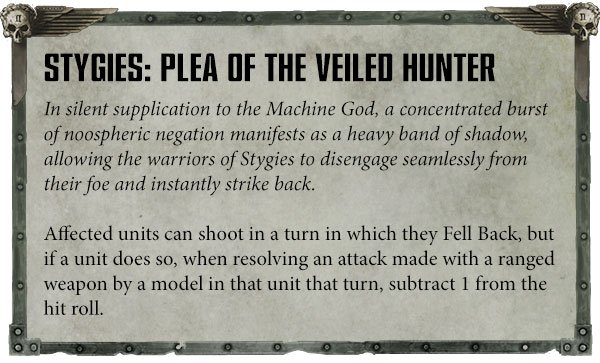 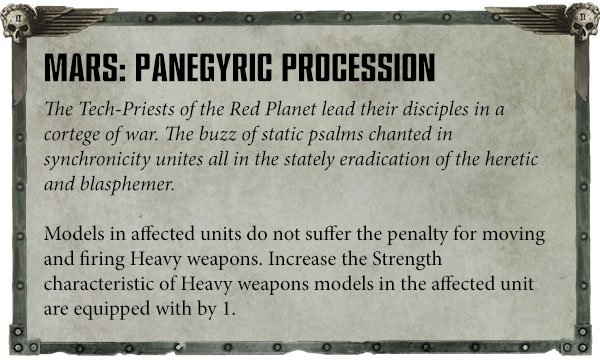 The Adeptus Mechanicus are also getting new Warlord traits that are based on one of the four Holy Orders. Each order has three abilities you can choose at the start of the turn which will open up an array of options for your army. 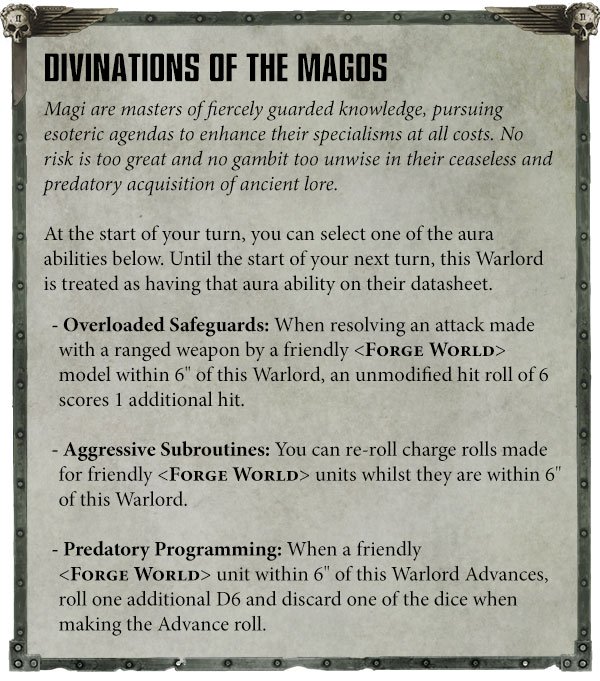 Who knew that the machinations of the Ad Mech would be so tactically flexible!

Every army has gotten a bunch of new Stratagems from Psychic Awakening and the Ad Mech are no different. Check out these two teasers: 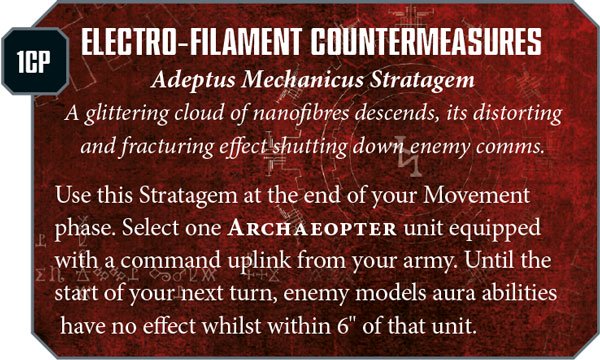 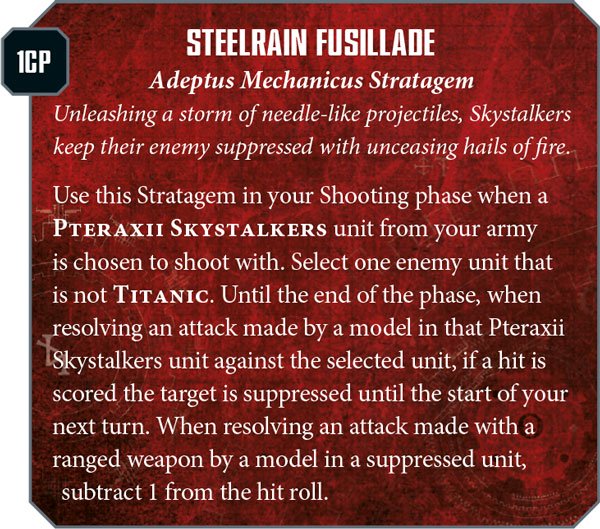 Send In The Cavalry

Notice that the Stratagems teased are related to two of the new units? Well next up were getting another look at some of the new Serberys rules.

Pistoleers is for the Sylhpurhounds and Eye of Serberys is for the Raiders. You can see each one enhances the units combat role.

And last up, we get a look at the Archaeopter’s special rules. This new flyer come in three different versions but they do have some overlapping features. One of those is the new Command Uplink:

Another is the Chaff Launcher:

Those will make for some durable support units no matter what version you choose to fly with.

The Ad Mech are getting all these rules and a new wave of models very soon from Games Workshop. Engine War is one heck of a boon to the forces of the Adeptus Mechanicus!

In the name of the Omnissiah…