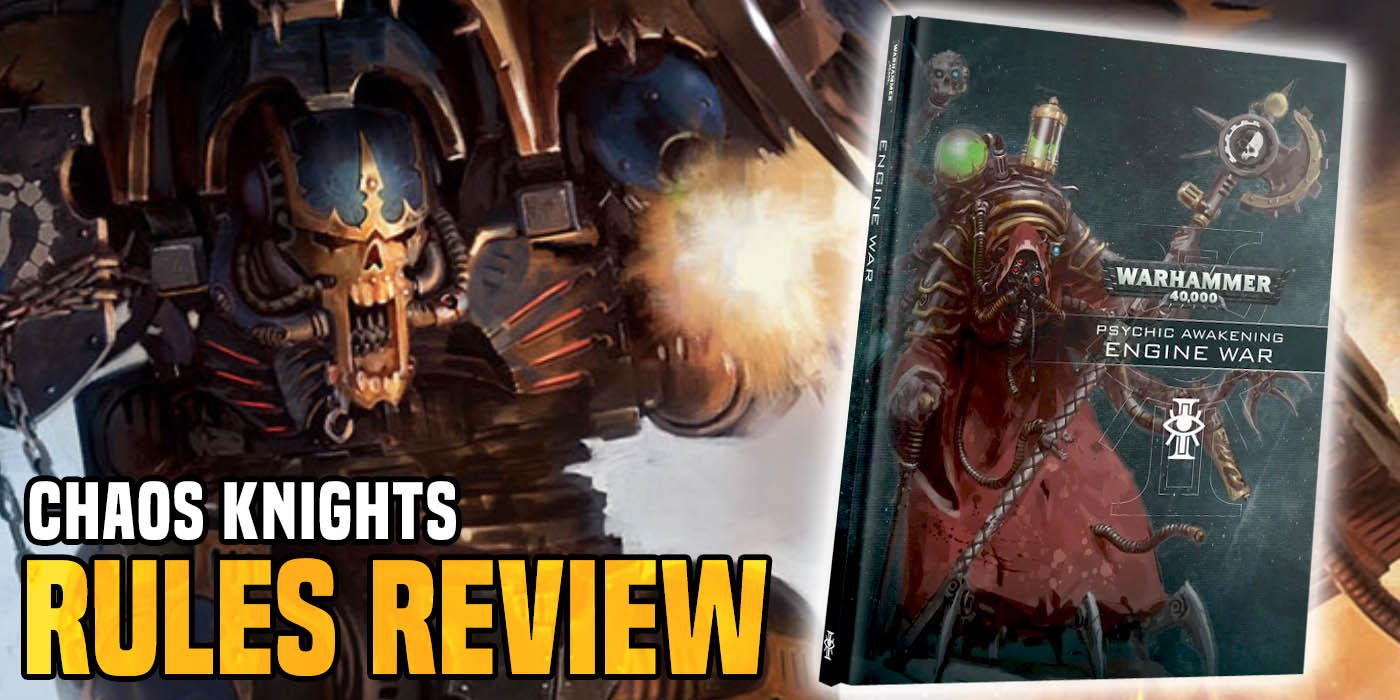 Goatboy here again with another batch of quick thoughts for the new Chaos Knight update in Psychic Awakening.

Overall I think it is a win as it is extra rules that are not just swapping out current rules.  This is a good thing as it lets your army hopefully work better with a few choices and options.  It also gives you real choice on if you want to be Iconoclast or Infernal which is a good thing in my opinion.  The current debate is still Iconoclast as the best – but there is some hope for the Infernal cousins with more speed options and other crazy damage potential.  Hell the Tyrant might be a model to look at again as I stare at my unopened one just begging to be converted to Chaos. 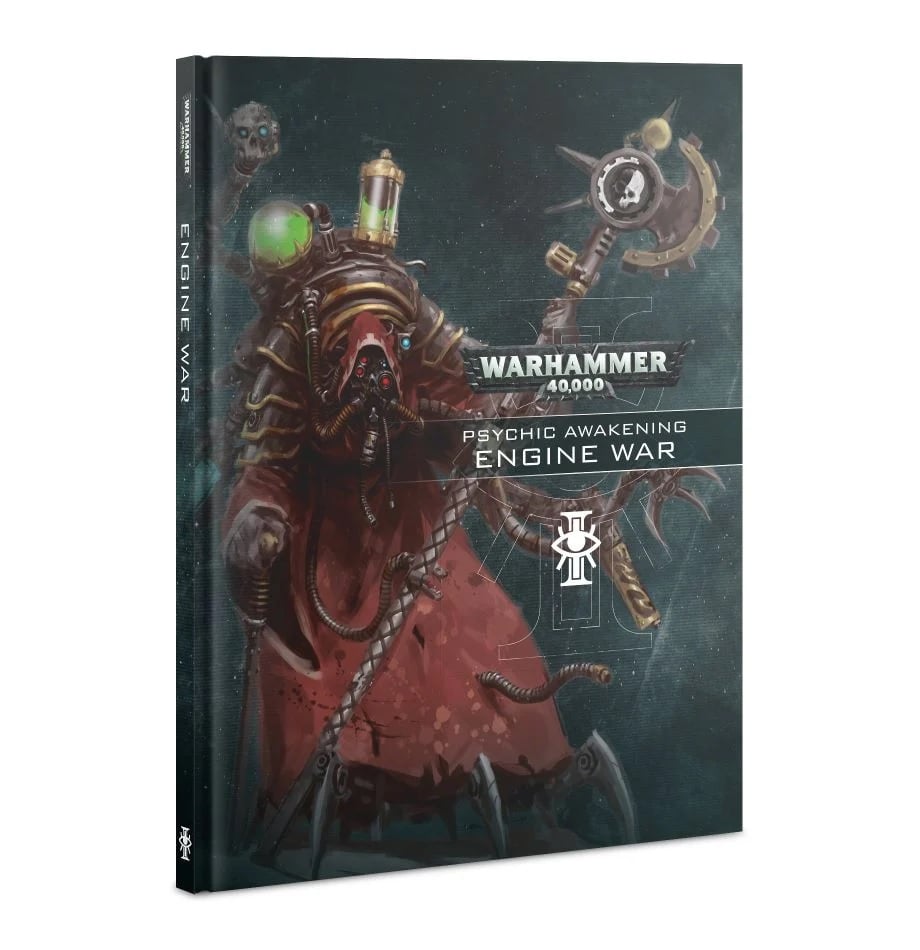 Let’s go into the good.  Chaos Knights get five new households that give extra rules to your existing army.  3 are for Iconoclast and 2 are for the Infernal households.  Each one gets a new Strat, new Warlord trait, and a relic they can pick from on top of an extra set of rules.  If you are a Dreadblade you do not get these rules – so that is kind poopy but lone wolves can’t expect to be part of a pack. 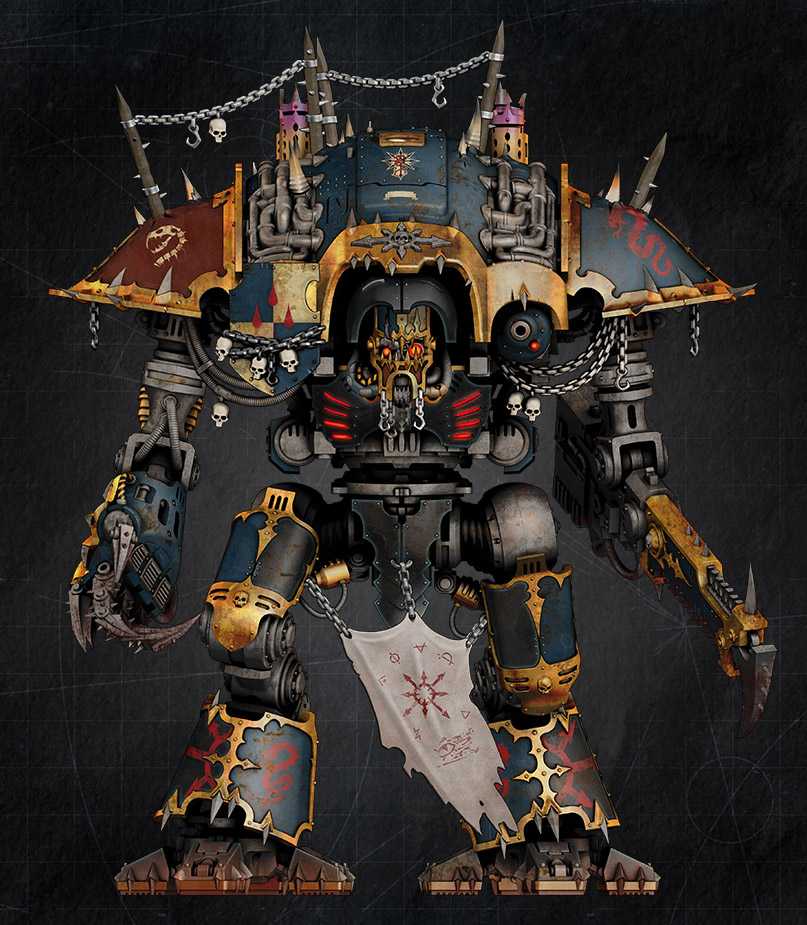 Herpetrax seems pretty good as you get an overall defensive buff with 2 wounds to each big boy and 1 wound to each little guy, a powerful warlord trait that lets your warlord come back on a 4+ without a limit of once a game, and another defensive relic that gives them a -1 to hit in close combat.  The Strat is ok as throwing out a single Mortal to all units within a inch on a 4+ for 1CP seems kinda enh.  Still it is extra sorta wounds.

Lucaris also seems good, as getting a +1 to hit when you charge with Iconoclast seems pretty dang powerful.  There were a lot of games where I shot, charged in with my Iconoclast knights, and did some tiny feet all over their hopes and dreams.  This is just amazing since you don’t need to burn a strat or give someone a Warlord trait to do this.  The Strike first power can also be amazing on a Warlord as it catches people off guard when dealing with an Assault army.   Their artifact is weird as again it replaces the double meltas on a Tyrant which isn’t the best option in this dread household.  I like the Trample them strat as you can easily move over someone after changing in and hopefully crush a random Character for the cheap price of 1CP.  It won’t be amazing often – but when it does you will love it.

Khymere seems ok as well – I think the ability to reroll 1’s to wound is good even though you can’t use Tiny Feet.  It should have been all Melee combat but I guess rerolling all those attacks could have been too good.  Who am I kidding – that would be just good and not amazing.  The Warlord traits is all dependent on if Leadership does matter in the new edition.  Of course this household’s relic is pretty awesome as the updated Flamer for the Tyrant seems amazing.  Their aura driven mortal wound Strat is actually pretty good.  It is done in the shooting phase, it is within 3″ and it causes mortal wounds on a 4+.  This household wins on the Strat and relic front. 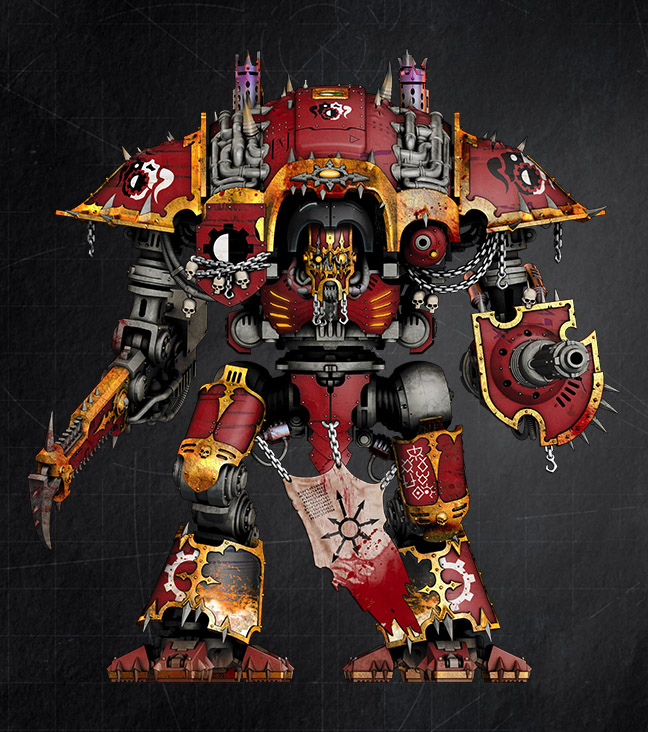 On the Infernal side we got Vextrix with the ability to reroll one hit roll and wound roll.  This is one of those secretly annoying powers especially when using a large amount of Wardogs and their lightning coils.  I like their Warlord trait as gaining an extra wound a turn is pretty good as well as their relic.  The Power Cube gives you an extra inch, an extra damage on the Reaper/Thunderstrike, and if you explode you get a +1 to the roll to see if you do it.  This could be pretty amazing for a Rampager as he rushes into battle to remove something big and nasty from your opponents army.  Their strat is a weird one as all the other options are close combat heavy but the strat lets you ignore all hit roll modifiers and ballistic skill modifiers.  Just a weird Household that feels oddly shoved together.

The final Infernal one is Khomentis where they gain an extra attack once they lose half their wounds and gain a +1 to hit after that.  They also get a 5+ FNP versus mortal wounds in the psychic phase so it is a weird household set up.  The warlord trait of a Dread Hunter is interesting too as you can declare once per game an enemy and you get an extra point of damage, reroll all hits, and reroll wounds.  A double Gatling gun knight could seriously remove a unit from the table with a ton of bullet hell.  Heck you an stack this with their relic to gain an extra AP on the enemy if needed.  The relic lets you do it every shooting phase so that Gatling hero can just go crazy if needed.  This Household is also the Wardog house as they get Encircling the Hounds for 1CP.   This is an interesting one as you gain some much needed movement for those Wardog options and allow you to hit things that might start to be hidden with the new Obscured terrain we are reading about.

Now let’s get into the Bad.  There are no default relics/stratagems for the army.  I like we get household warlord traits but we could have seriously had some extra default stratagems.  A better Relic strat or Warlord strat to match the Marines.  Some new damage potential like giving army options Death to the False Emperor.  Heck I was hoping for a way to Mark units just to give them some extra Chaos god goodness.  I like the updates we get and I think it makes the army better – I just wanted more unique things.

Finally we have the Meh and it again continues my issues with the other armies who get build your own options.  I love the ability to combine and build out options but losing the extra Warlord trait, Relic, and Strat for the army is rough especially when we didn’t get any new default ones.  I think there are some combos in there but unless we see a new change to the default strats in the rule book it will be something we rarely see.  The Vengeful Outcasts option of getting a reroll 1 to hit versus Imperium and the always counting in Cover if over 24″ away seems good.  I also like the ability to gain another attack versus units with 11 or more models as well (might be the horde rule will see in the future).  I think you can do something and build out an interesting “household” using the Iconoclast base and just go with the reroll to hits and removing the -1 AP modifiers.  It just lets you get more protection and sets up a more consistent damage potential.

I am happy with the update and think it is good overall.  It is just not as much as I wanted.  I think that is the case for a lot of this psychic awakening.  I wanted things more along the lines of the Chaos Space Marine/Grey Knight update versus getting too close to the GSC update.  I will still play them, use the new rules, and create Chaos for the tabletop.

Author: Thomas / Goatboy
Thomas Reidy, aka Goatboy, the ever-evil member of BoLS. I do arts, play 40k, and even paint a lot of stuff. I have been playing Warhammer 40K since the 1990s, and have won multiple national events including Adepticon and GW GTs. I've been writing for BoLS for 15 years. Look at my Instagram to see what I am working on - or working on for someone. I am always doing something hobby related.
Advertisement
Chaos Knights Editorials Rules Warhammer 40k
Advertisement 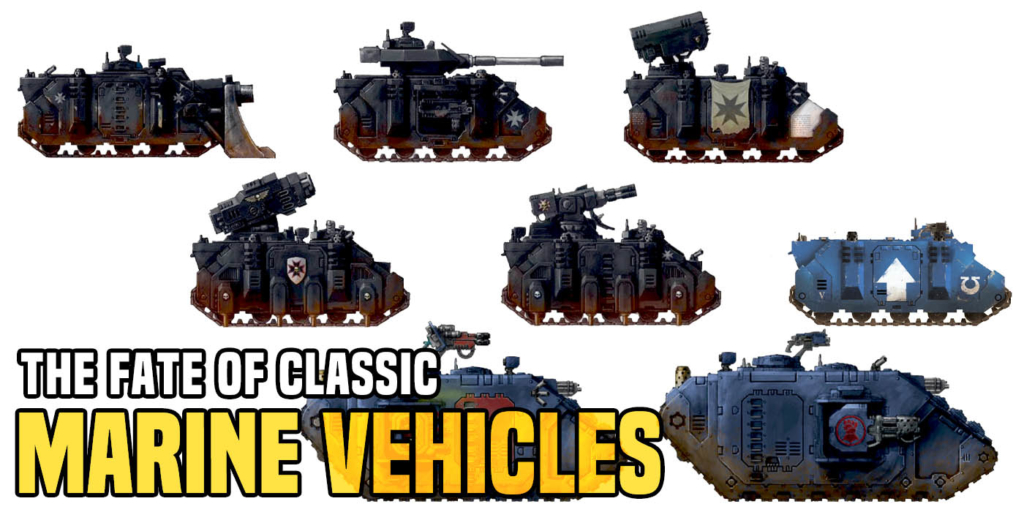