The Masters of the WWE Universe line takes MOTU retro bodies, adds more articulation, and turns them into famous WWE heroes and villains. The two franchises collide in weapons, costumes, and overall visual style. Stone Cold Steve Austin comes into the ring with fanged snakes on his fists and Hulk Hogan brings an axe and replaces his signature muscle shit for armor. The ring looks like it’s taking design cues from Snake Mountain and its multiple rope bridges and threatening snakes.

There’s no official price on this, but the last set was about $80 for both fighters, accessories, and the ring. These are all Walmart exclusives in the states. 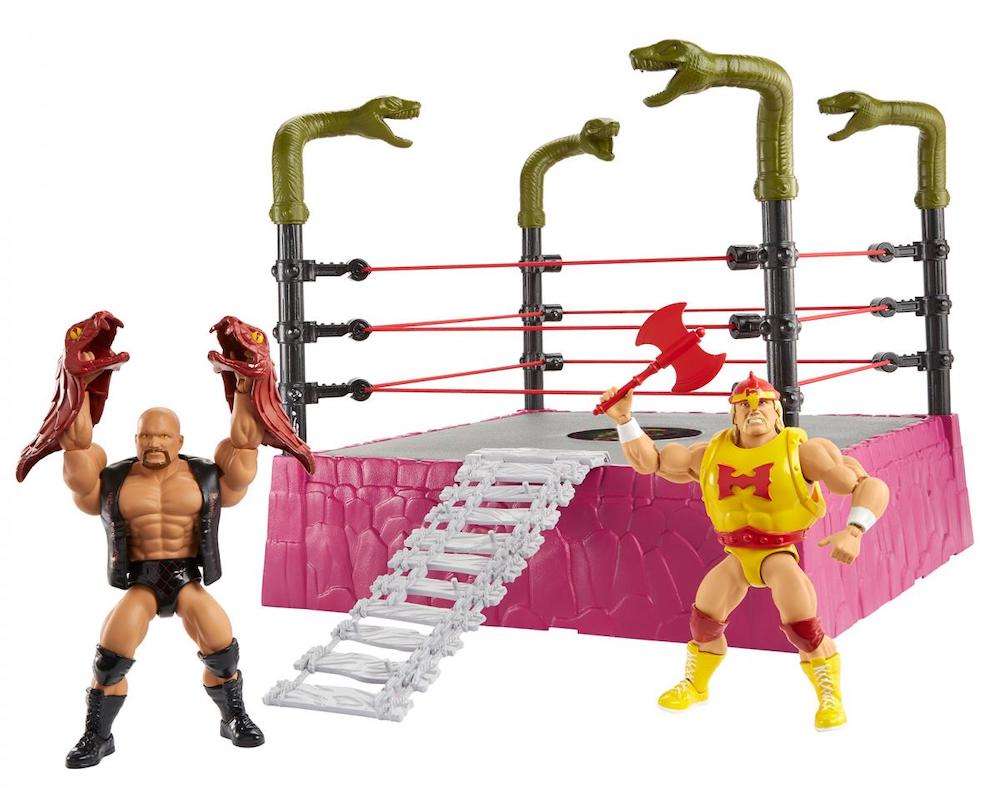 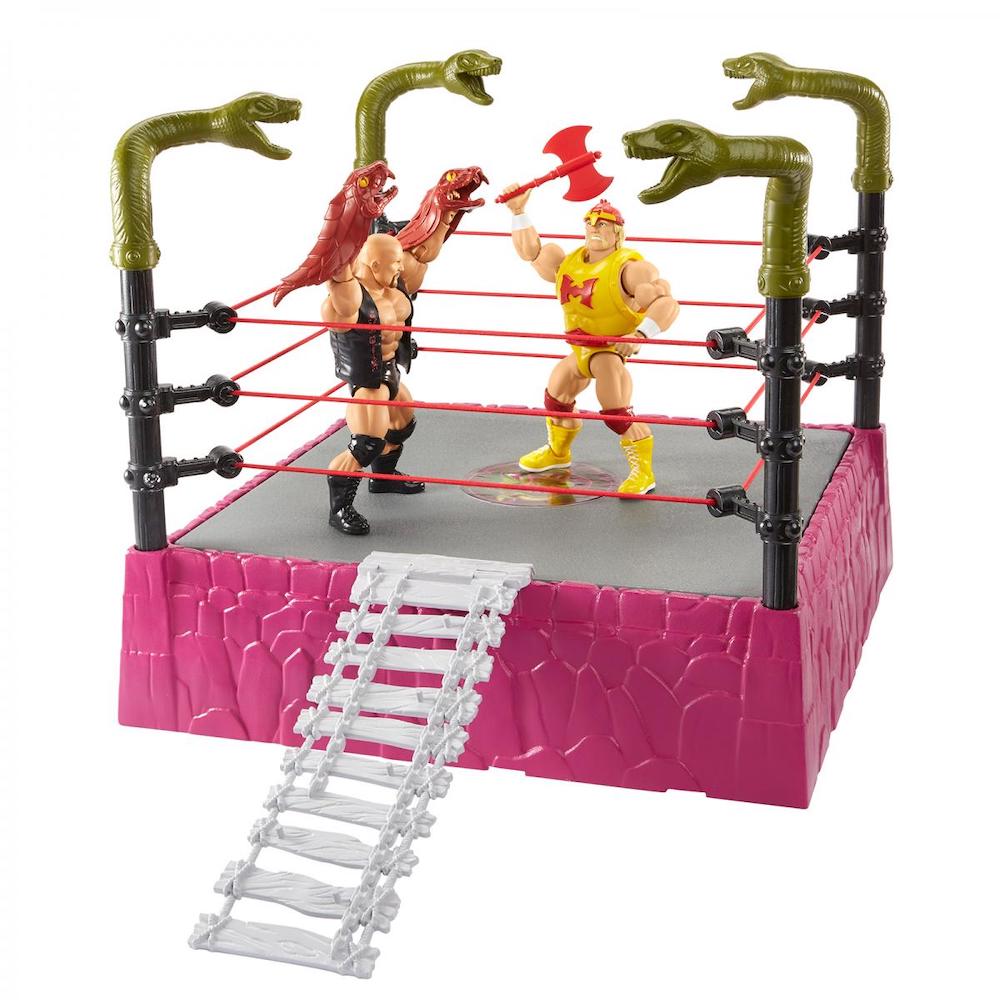 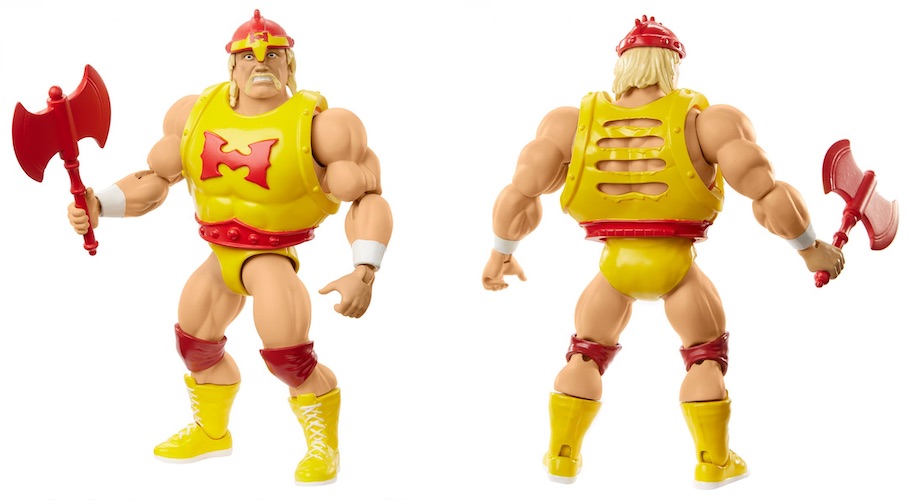 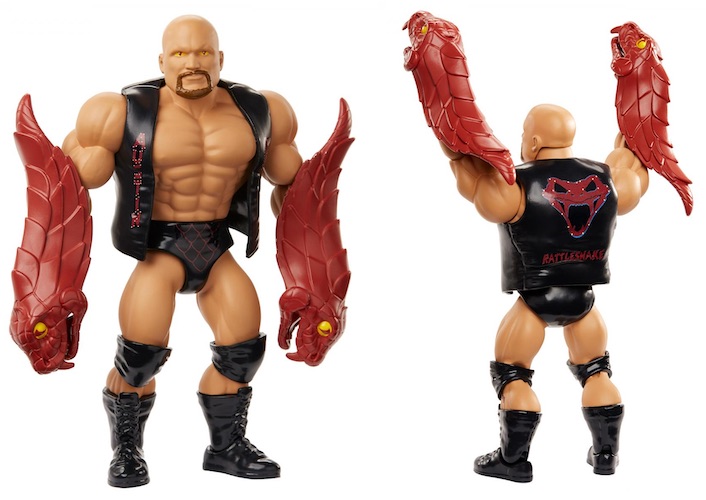 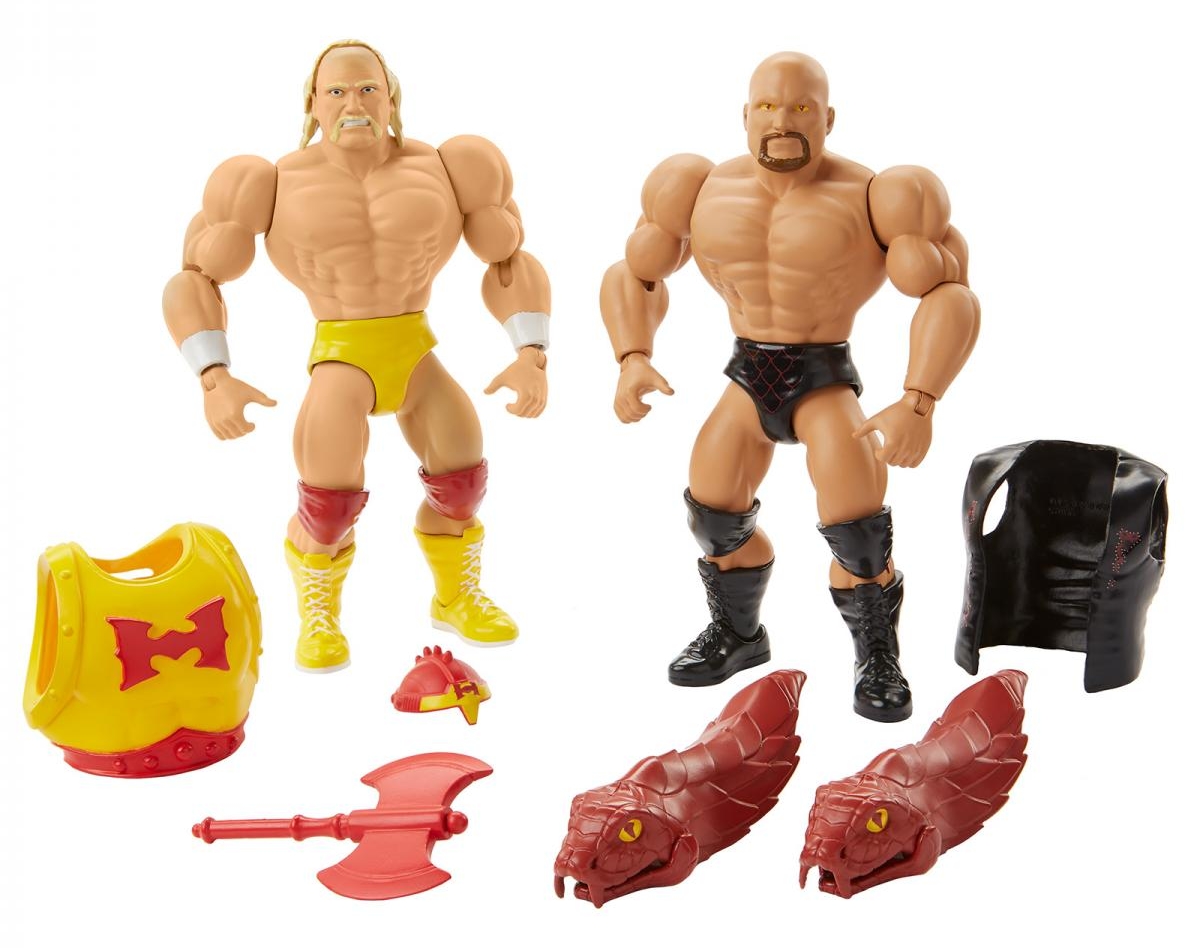