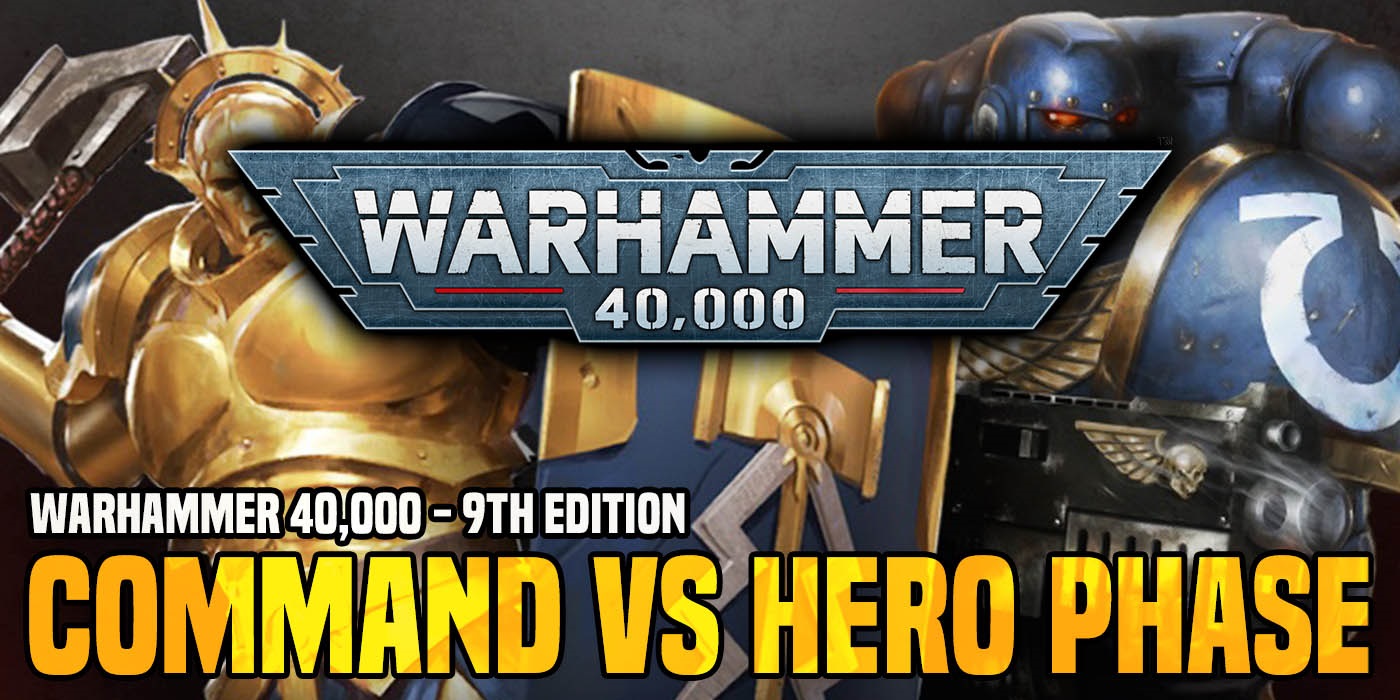 Games Workshop is introducing a new Command Phase to Warhammer 40,000 – how close is it to the Hero Phase from Age of Sigmar?

Yesterday, we finally got a good look at the new Command Phase of 40k. A lot of folks were noticing how similar it sounded to the Hero Phase from AoS. But how close is it exactly? Let’s take a look and have a chat about them both. 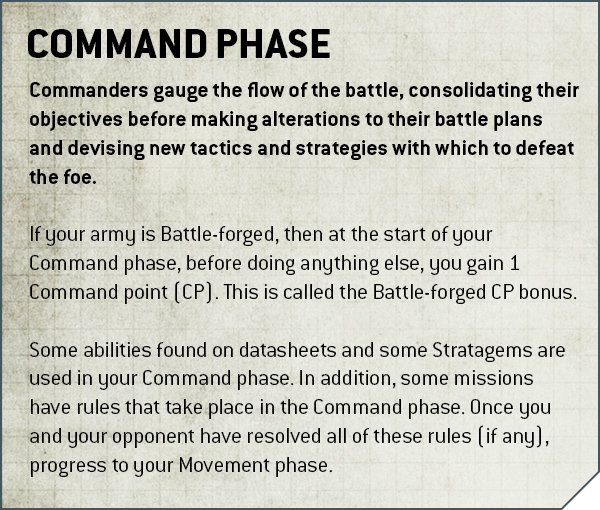 During the Command Phase Players Can: 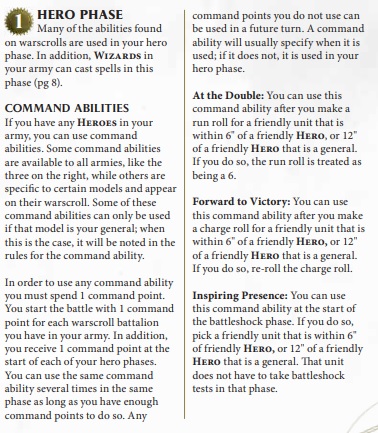 During the Hero Phase Players Can:

During both phases players will gain a Command Point and be able to use set abilities that are generic (like Stratagems or Command Abilities) or specific like the ones listed on Datasheets/Warscrolls. You can see how AoS really influenced this new phase when you look at it this way. This will probably necessitate some changes to Datasheets moving forward and some more verbage to clear up when abilities trigger from units – but I’m betting GW has a handle on that.

There are some pretty key differences as well. The first and probably the largest is the use of Psychic Powers/Casting Spells. 40k will still have a Psychic Phase and thus you’ll be able to use those Psychic Powers outside of the Command Phase. In AoS, Spells are cast in the Hero Phase – this is a big deal because you don’t get to move into range first.

Another difference that may or may not be quite as big is the new mission specific rules. Because we don’t have rules for all the missions, we’re not entirely sure how much of an impact this part of the phase will have. However, it is noted that those mission specific things will trigger before the movement phase. That means you don’t get to move into range first. I’m pretty sure that’s intentional because Games Workshop wants players to think a bit more about the missions and movement.

It’s cool to see rules transverse both systems and ideas get shared. You can clearly see how the Hero Phase influenced the Command Phase. This isn’t the first time we’ve seen rules or concepts shift from one system to the other. There is the danger that GW might end up with two game systems that are too similar – but there are enough differences between the two systems currently that isn’t really an issue. And I think GW wants to keep each system distinct and independent from the other.

That said, when one system really nails an idea or concept rules-wise then why not have it come over and get a new spin in the other system? That’s what playtesters are for and clearly GW has been tapping them to try things out. Both game systems can get better as they share ideas and concepts and ultimately that’s a good thing for the players.

What other rules would you like to see move from one system to another?