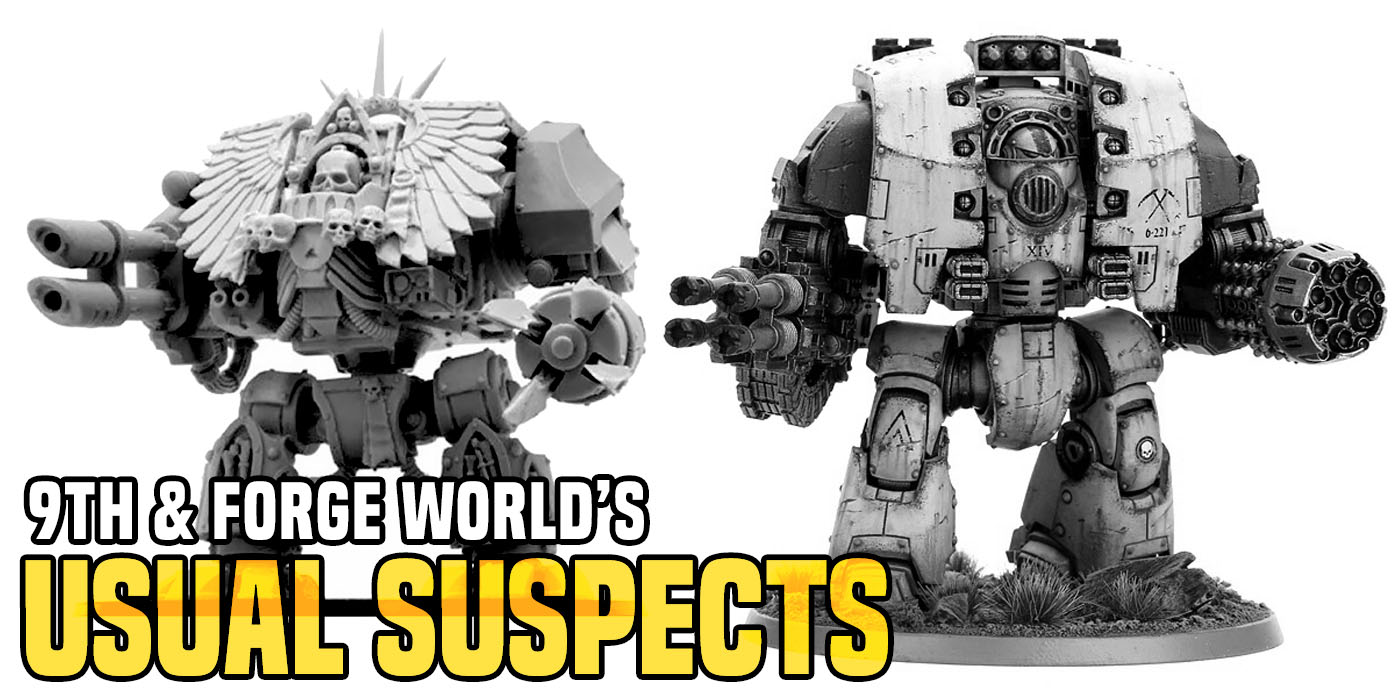 Adam, from TFG Radio, here to talk about what GW will do with Forge World’s (in)famous units in 9th Edition.

Things are certainly ramping up in the lead up to the new edition. The faction focus articles ares till going strong and we even have new stuff  that was announced recently.  As we get closer to the preorder date and now with the announcement of the Warhammer 40K app, this gives us more to look forward to. There is a lot to unpack the day the new edition is released. one of the things that has not been mentioned by Games Workshop is what happens to the units from Forgeworld. Early on Games Workshop mentioned that the Forgeworld units will also be updated along with the regular Games Workshop units. Since then we have not heard a lot. I am hoping the new Forgeworld rules drop fairly soon after. With that being said, here are some of the units that will be hit by a Forgeworld rewrite. 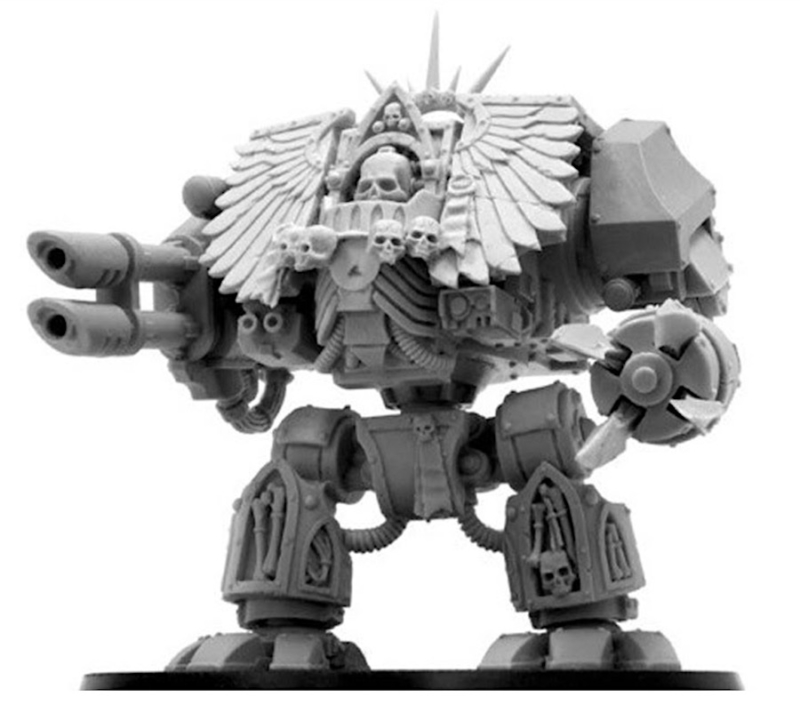 This model picked up steam leading up to the Las Vegas Open. As the rules for targeting characters were adjusted, Space Marine players started using this 8 wound character that had a good gun, good ballistic skill, and hard to target. When the Space Marine supplement books came out, there was a large spike in their usage. Even with the new character targeting rules it seems that the Chaplain Dreadnought will still see use, although that may not be the case. Games Workshop could easily adjust how the unit behaves, its stats , or points cost. Actually they could do all three to the unit. They could even change the unit’s force organization role to one that is already crowded with good choices. Once we see what Games Workshop has done to the unit will we see whether we will see this model on the tabletop or not. 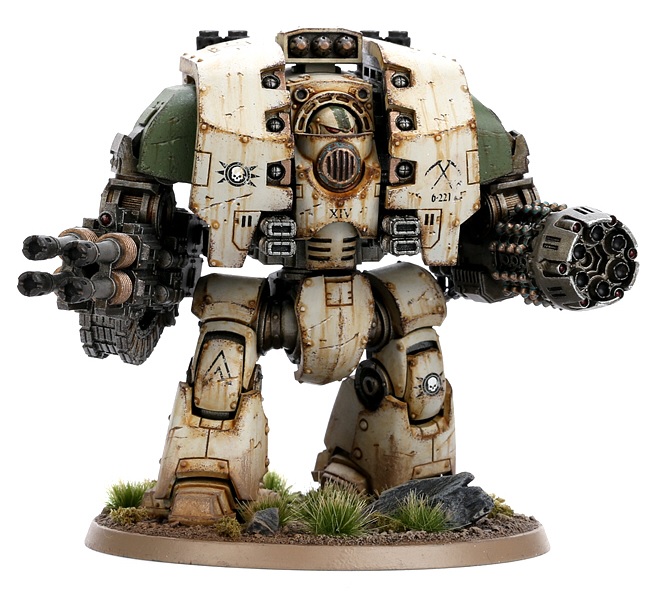 This unit made a big splash when the Space Marine supplement books were released, especially the Iron Hands book. This was a key unit in the “Broviathan” list that won this year’s Las Vegas Open. It was a very durable unit that was hard to kill and actually hit hard when in killing range. Games Workshop tried to rein the unit in but it really didn’t address other issues with the supplemental codex . Although the model was not as good after the Las Vegas Open, it was still being used in a lot of lists. Going forward, I would expect some type of points increase. This can be said for almost every model in the game but I think that the amount of increase will be much higher than people think it will be. I’m not certain as to what changes to the unit’s there could be, that’s why I think it will mainly be a points increase. I guess they could bring both the Imperial and Chaos version inline with each other but I would think Games Workshop would rather keep each unit unique for their respective faction. 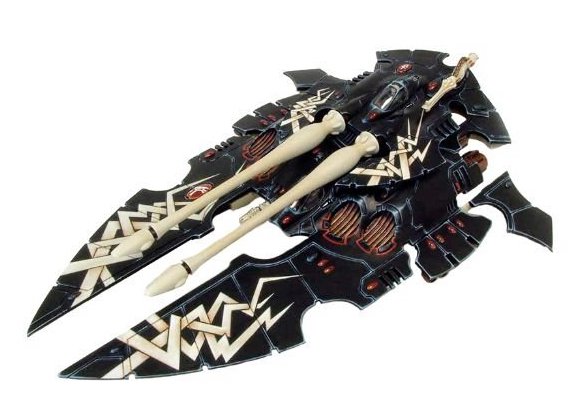 During the course of 8th edition you saw a lot of Forgeworld units being used. Unfortunately these were almost always either Chaos or Imperial units. Now, to be fair, Imperial and Chaos armies have a lot of units to choose from. This is all mainly thanks to the units that have been created for Horus Heresy and have been ported over to the current timeline. Even with that said it just doesn’t seem like a lot of the units for the Xenos armies are very effective in the game. What I am hoping in this next edition is for some of these Xenos Forgeworld units to become used more often due to the new rules or even a points adjustment to make them more viable. I would love to see Xenos models on the table again. I’m sure many of you have that one Forgeworld model for your Xenos army that you wish you could play that would also be cool looking and competitive. Things like the Gargantuan Squiggoth, Scorpion Tank, Tantalus, and Stone Crusher Carnifexes should all be making appearances on the tabletop.

Just a quick note about the elephant in the room that is Warhammer Legends. Games Workshop has said that they will continue with adding models to the Legends list. Sooner or later this will include Forgeworld units. As we all know there are a lot of units that have datasheets but the models are no longer for sale, and some haven’t been on sale for long time. Hopefully we will get a look at this new list, for better or for worse, fairly soon.

~That’s all for this week, and I hadn’t even mentioned the Forgeworld Army lists. I hope you enjoyed the article. Let me know what you think and how Forgeworld will be affected in the new edition, in the comments below.