Age of Sigmar: Top Realm Artifacts from the General’s Handbook 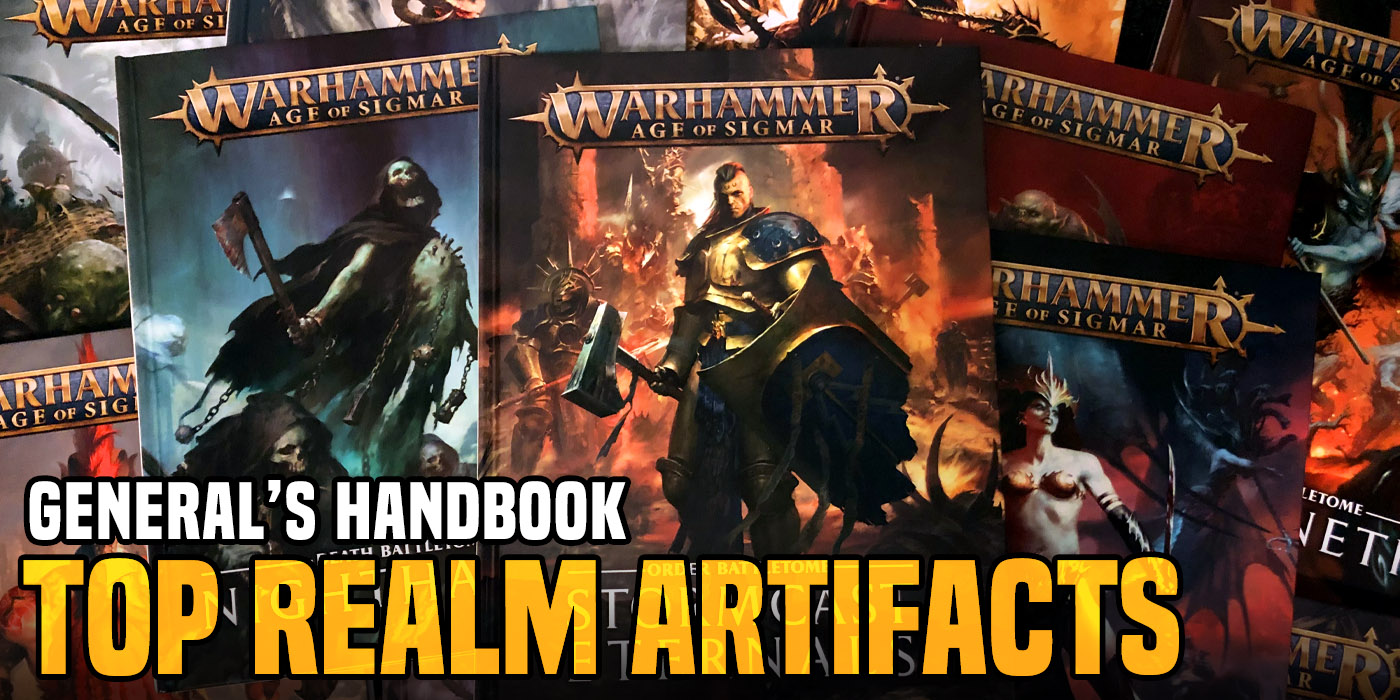 Let’s take a look at the three top new artefacts in the new General’s Handbook.

With the release of GHB2020, a lot of big changes have come to the Mortal Realms, even the Realms themselves. The massive list of Realm artefacts have been reduced to just 7, and some of the replacements are…less than stellar. However, not all the Realms suffered too terribly, so here’s three Realm artefacts that, while not quite the power of their past selves, are actually pretty ok. 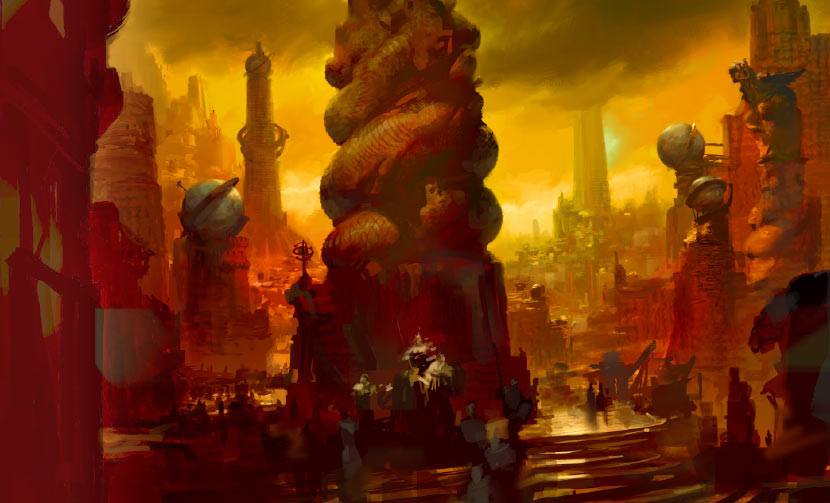 The Realm of Fire used to offer some powerful weapons and artefacts, enabling monsters to fly or a non-caster hero to throw a small fireball at their enemies. With the update, the Realm gave us a flaming sword that empowers its wielder, allowing them to score 2 hits rather than 1 on an unmodified 6 to hit. Smack this on a heavy hitter or a hero with a huge weight of attacks, like a Chaos Lord on Karkadrak or Auric Runefather, and you’ll make a walking blender your opponent would be wise to avoid. 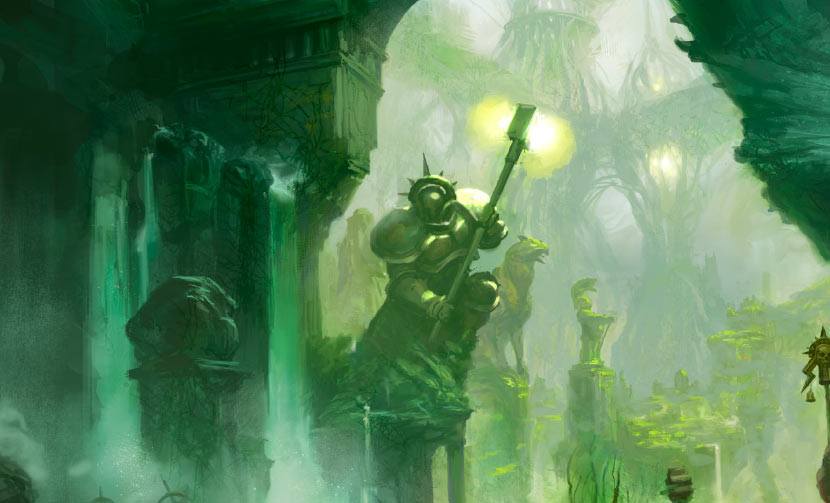 The Realm of Life has always been fairly focused on keeping your own troops alive rather than outright murdering your foes, and the new artefact speaks to that energy strongly. In your hero phase, the bearer heals a single wound, which is a great artefact to bring if you have a tough hero you want to keep trucking or a fragile one you want to protect. Bonus points if you attach it to a model that already has heals, or bring it alongside an army that can heal wounds back to their allies with magic or other rules. (Extra bonus points if you bring a Death faction from Ghyran for the memes.) 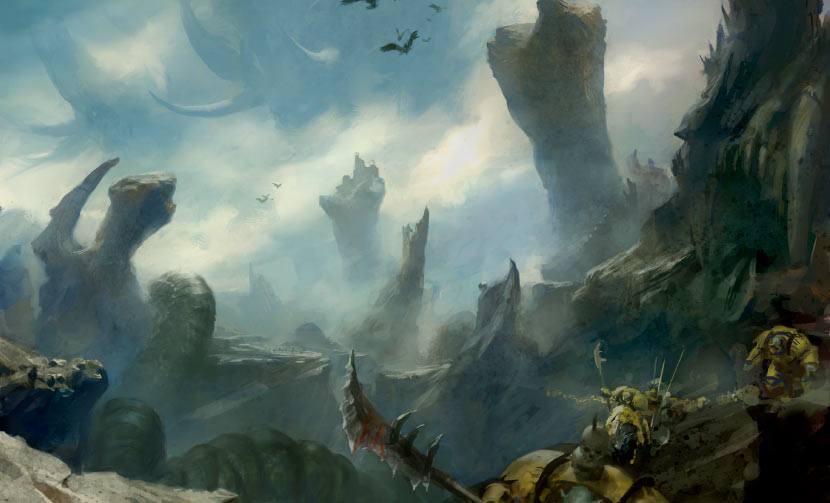 The Realm of Beasts never really had any stand out artefacts. They were all solidly midtier in my opinion, and the new artefact remains the same. However, in an aggressive army, the Torc’s ability to reroll charges can be a game changer. Bring this along in an army that gets bonuses for higher charge rolls, like Nighthaunt or Ogors, or on a hero that you REALLY want to guarantee a charge for like a Carnosaur, and you can very quickly turn a mediocre artefact nasty.

Will you be using any of the Realm Artifacts? 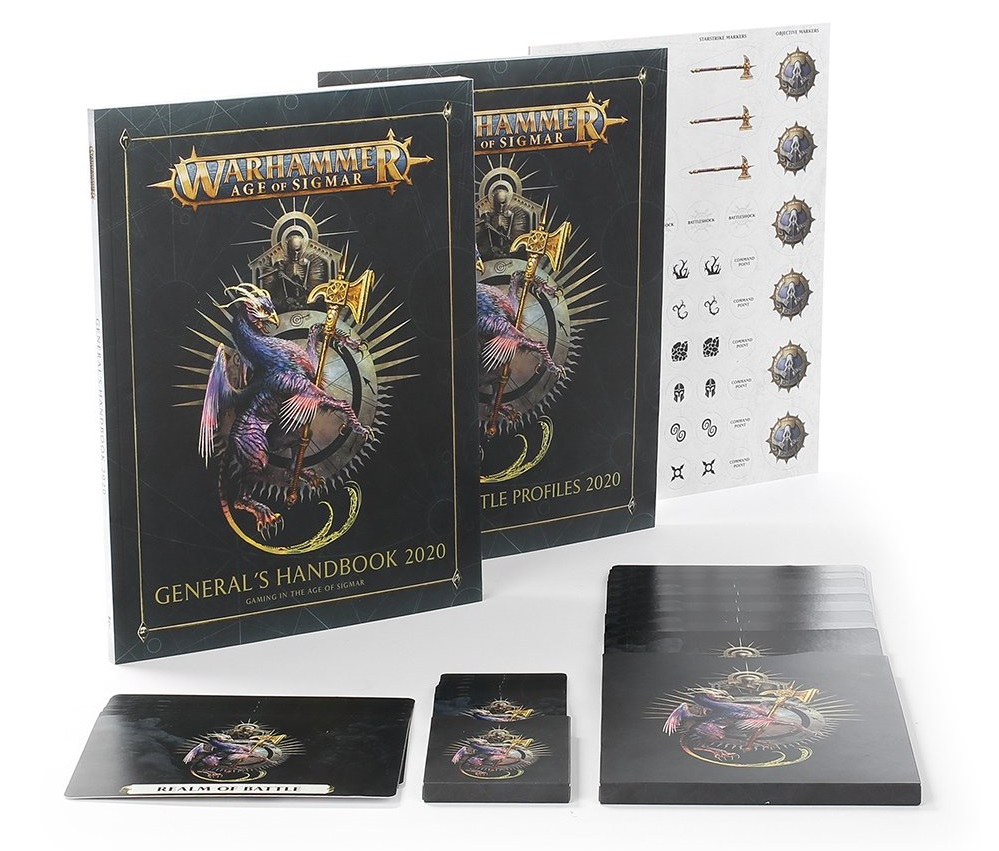