It is a week for D&D 5th Edition and other cool sci-fi fantasy properties joining up. Today it’s Numenera, by Monte Cook. The full setting ported to 5th.

Numenera is a game of roleplaying and exploration in a future so far from where we are now that it may as well be fantasy. It comes in a world that sits atop the forgotten bones of 8 other great civilizations, whose bones and advances have irrevocably shaped the way the world is. It is Earth (or something like it) one billion years in the future, long after civilizations have vanished or destroyed themselves or ascended. It tells the story of citizens of the Ninth World, who pick through technology and who strive to understand what the artifacts they find can be used for (not what they were originally intended for). And now, the world of Numenera has come to 5th Edition. 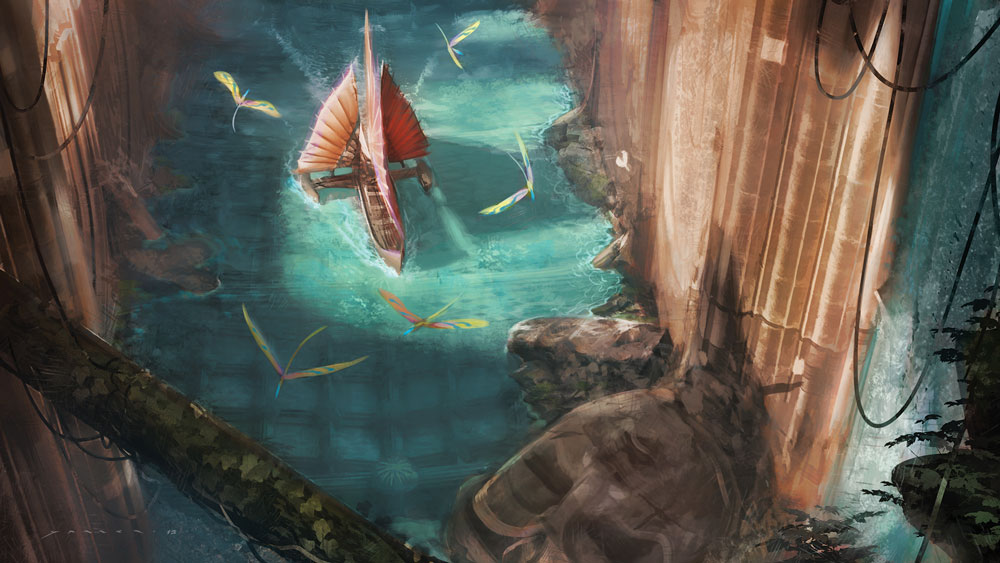 We’ve seen rules for including Numenera type content in your 5th Edition games before, but this is a wholesale port of the setting to 5th Edition. So if you want to play Numenera in 5th, just grab this and Arcana of the Ancients and you’re good to go. For what it’s worth, this feels like a great way to explore Numenera if you bounced off of the Cypher system’s rules. While the Cypher system is fun, it tends to be about mitigating penalties while 5th Edition is a lot more straightforward. I’m curious to see how well a Numenera game would work with this system, so you can bet we’ll be checking ’em out and letting you know soon. 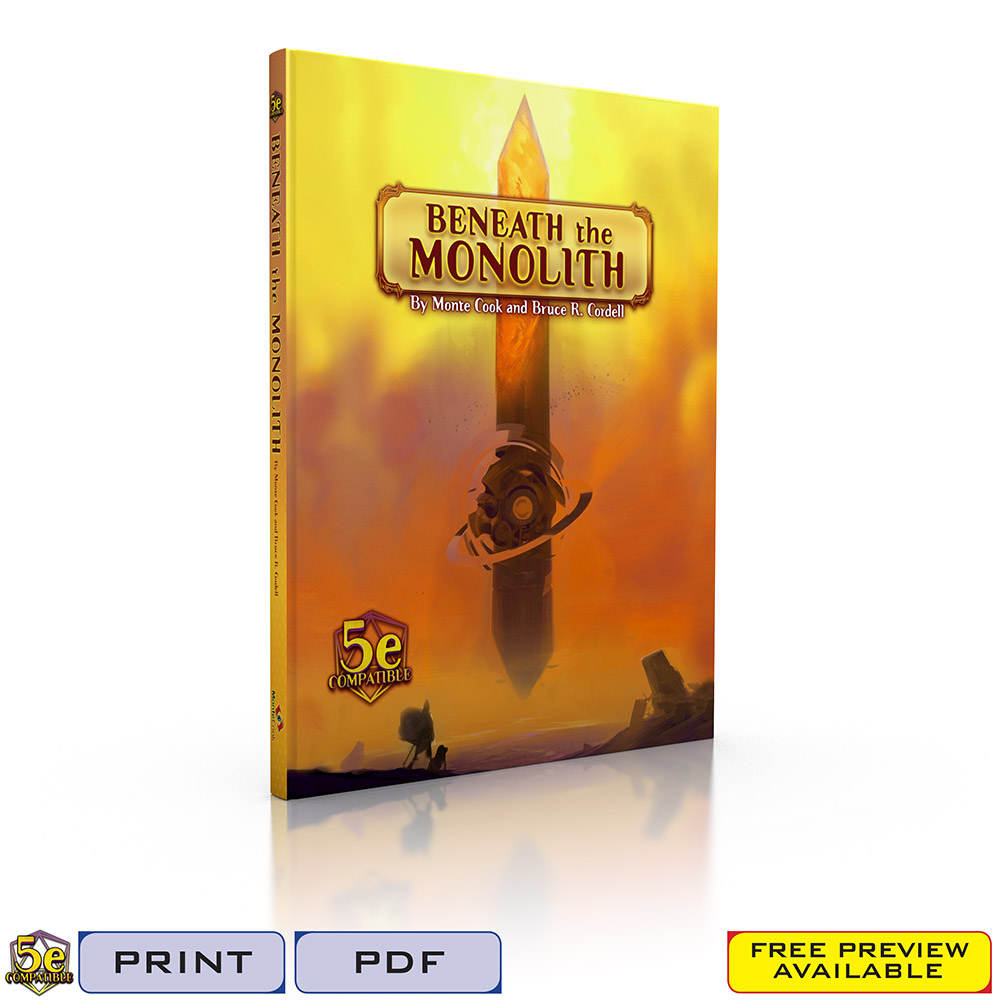 They say there have been eight worlds before ours. Eight times the people of this planet, over vast millennia, built their civilizations, reaching heights we cannot even fully imagine now. They spoke to the stars, reshaped the creatures of the world, and mastered form and essence. They built cities and machines that have since crumbled to dust, leaving only their barest remnants. 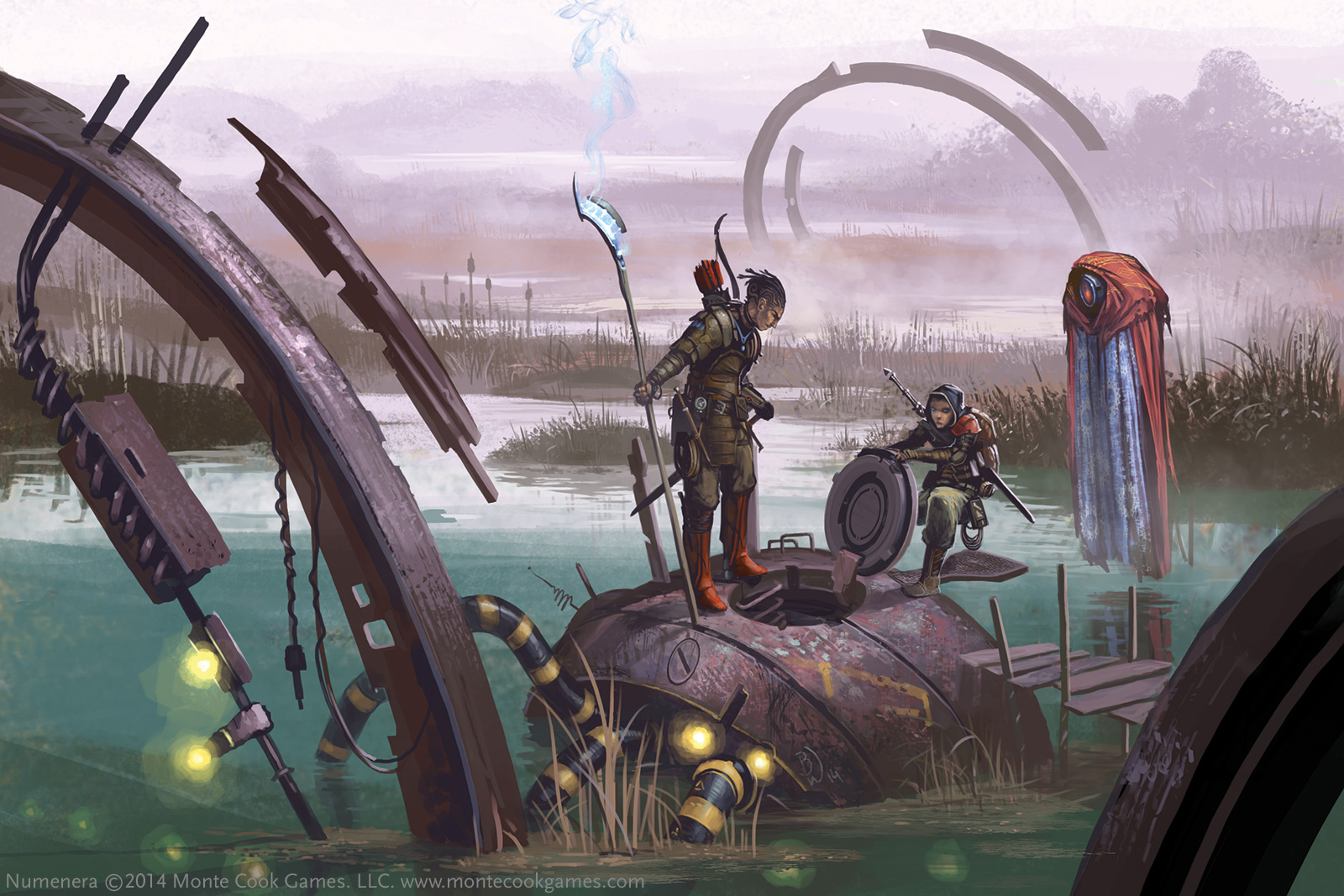 This is the Ninth World. The people of the prior worlds are gone—scattered, disappeared, or transcended. But their works remain, in the places and devices that still contain some germ of their original function. To the ignorant, these workings of the ancients are magic. But the wise know differently … 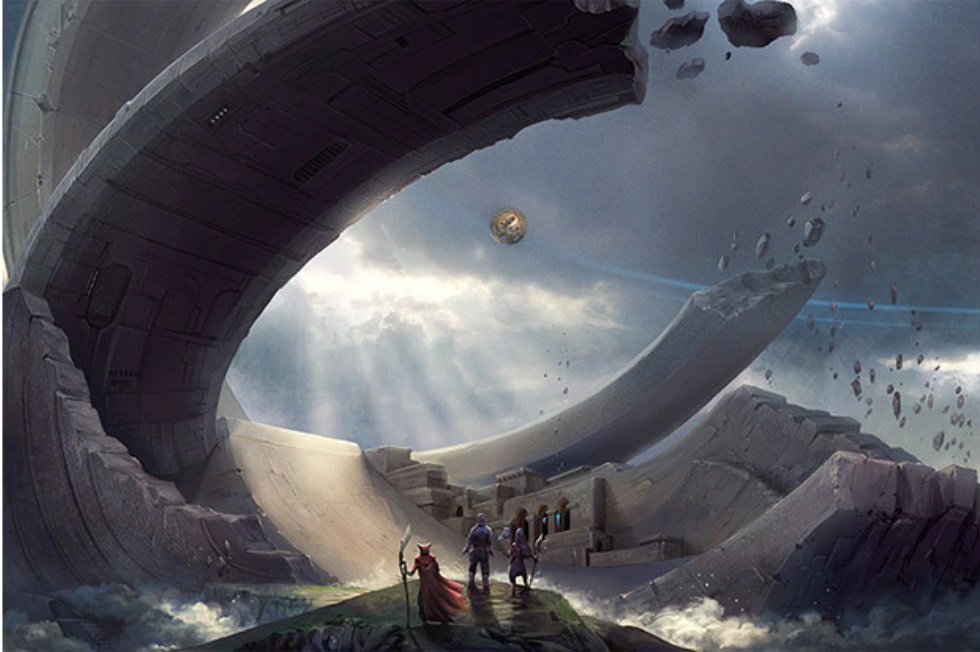 The Ninth World is the setting of Monte Cook’s multiple-award-winning Numenera RPG. Beneath the Monolith brings this critically acclaimed world to 5e. Explore the ruins of incomprehensible civilizations. Discover the numenera, ancient technologies so advanced that most people think they’re just magic. Encounter creatures weird, fierce, and dangerous. Open doors to new worlds and alternate dimensions. And, perhaps, unlock some of the mysteries of the prior worlds.

Beneath the Monolith brings the wondrous Ninth World your Fifth Edition game.

Arcana of the Ancients will help you get the most of this book. It contains loads of cyphers, artifacts, creatures, and additional content that brings a Ninth World campaign to life, along with great advice and information on running weird science-fantasy games in 5e.

RPG: GURPS Is Back With 12 PDFs in One Kickstarter 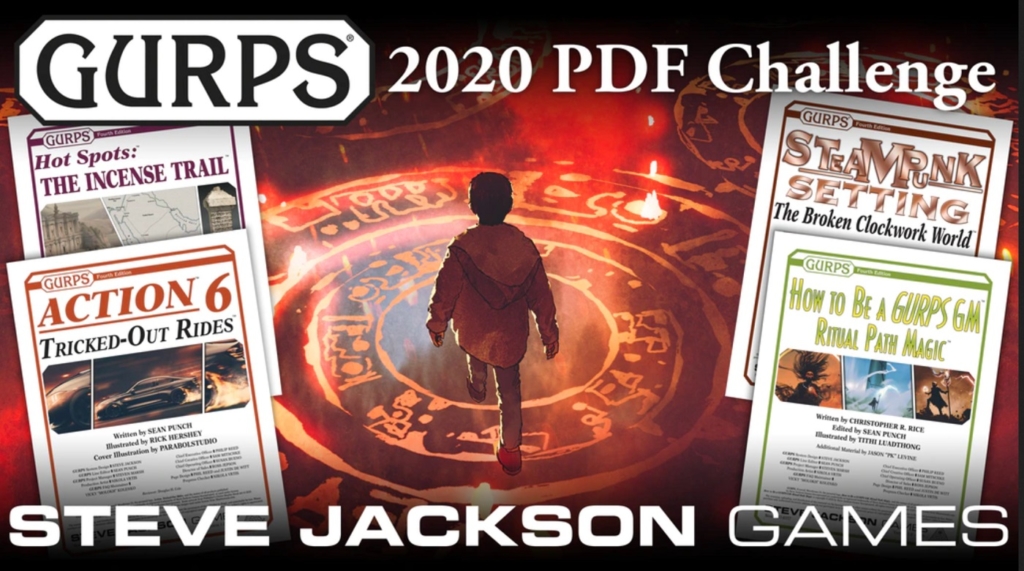