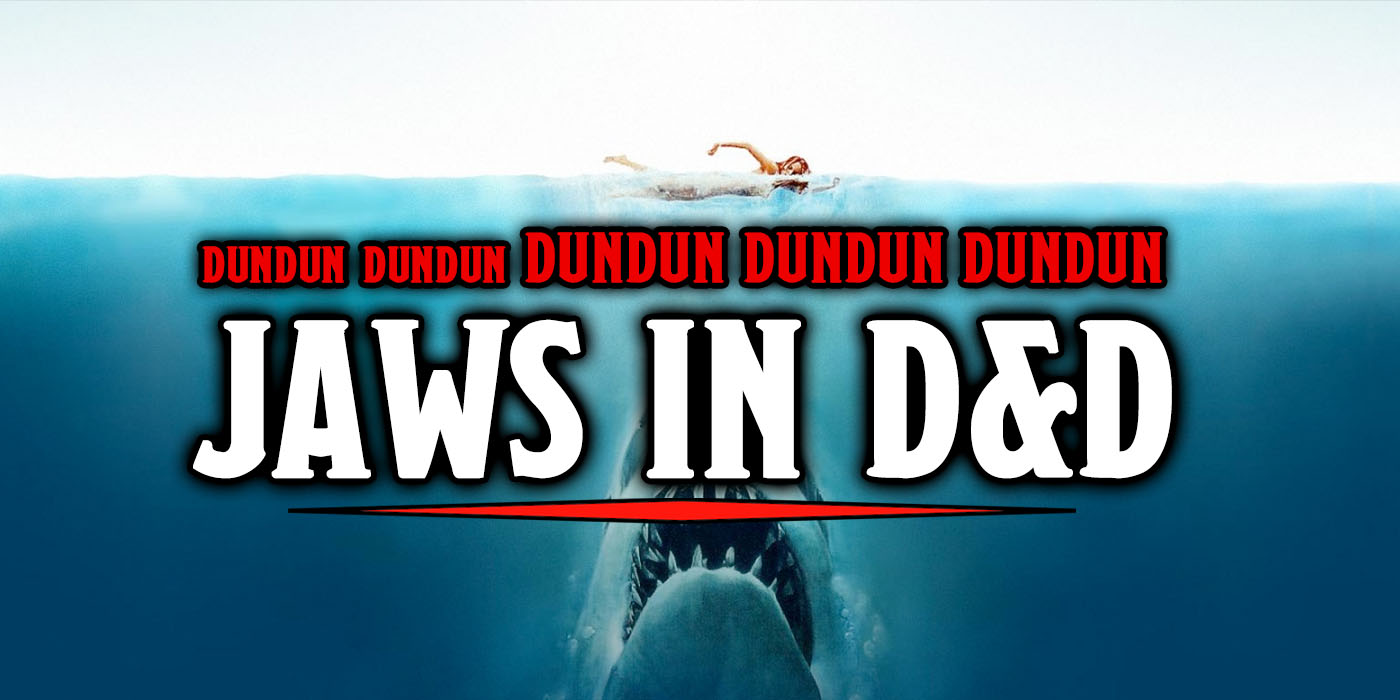 Get out of the water and tell the kids you’re going fishing, this week we’re making the characters from 1975’s Jaws for Dungeons and Dragons.
The 45th anniversary for the release of Jaws passed a few months ago, just in time to celebrate with completely harmless trips to the beach. Well, maybe not, and I know more often than not I feel like I’m living in that scene where Mayor Vaughn is declaring the beaches safe and open. It’s a classic, it’s a great movie, it’s a little more relevant than many of us would like, and I think it would make a great D&D game.

If you’ve flipped through the monster manuals, you’ll be familiar with the number of regular animals and dinosaurs that exist as “monsters” in D&D. And of course the giant shark exists. 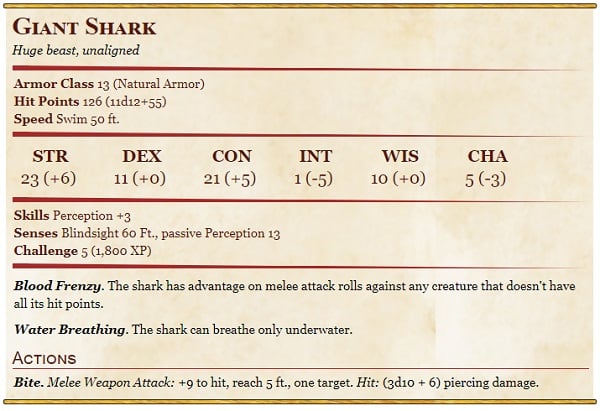 I want to critique this shark, but I honestly can’t. Blood Frenzy is a great touch, and the +9 to hit with a bite is borderline terrifying. To truly make this a final-boss-shark monster I’d boost the AC and hit points a bit, but Jaws is a shark. It bites, swims, rams, and bites again. There’s no reason to fix what isn’t wrong. Besides, the adventurers of the movie would be the intrepid heroes who go out to fight Jaws; those are the interesting characters to look at. 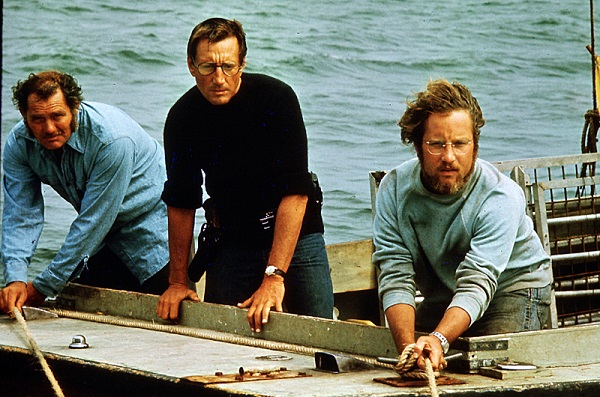 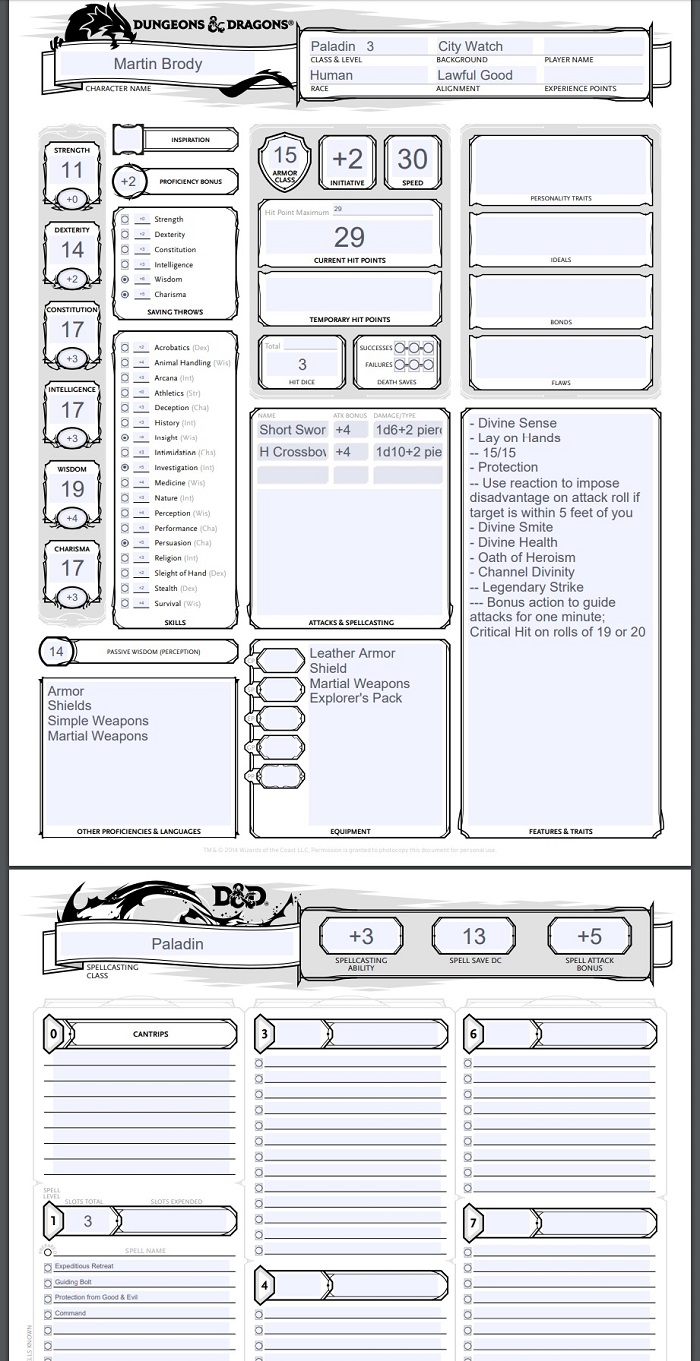 Onto the D&D character sheets. As the “every man” of the team I decided to make Chief Brody as straight forward as he comes across in the movie. A human paladin, he just wants to protect people and keep his friendly quiet island friendly and quiet. He doesn’t care much for extravagance, but that heavy crossbow will still come in handy toward the end of his journey. I considered giving him a gun of some kind, in a game with gunslingers and artificers squarely in play, why not? But in the end I thought the fantasy version of Martin just wouldn’t be that interested. Half of his spells came from his paladin oath, and the others had more to do with protection and using his voice of authority than anything else. D&D Brody doesn’t want to be the hero of the story, but he will be when you need him.

Marine Biologist Matt Hooper I was able to get a little more creative with. As a genuinely knowledgeable character I wanted to pick a race that would come with an intelligence boost. I landed on gnome in the end because Hooper isn’t always taken seriously and I thought that some of the other options would either come with an assumption of haughtiness that just isn’t him. On that same train of thought I decided on wizard because it’s a class that implies if not demands a long history of formal education and relatively low hit-points. Hooper is a squishy nerd and while he may not be the best party member in a fight, he’ll have the stats and boosts to give you all of the pertinent information the DM may want to keep secret. For spells I tried to pick a mixture of spells I thought the character would want, and once I thought may be useful, mixing attack with insight-seeking. 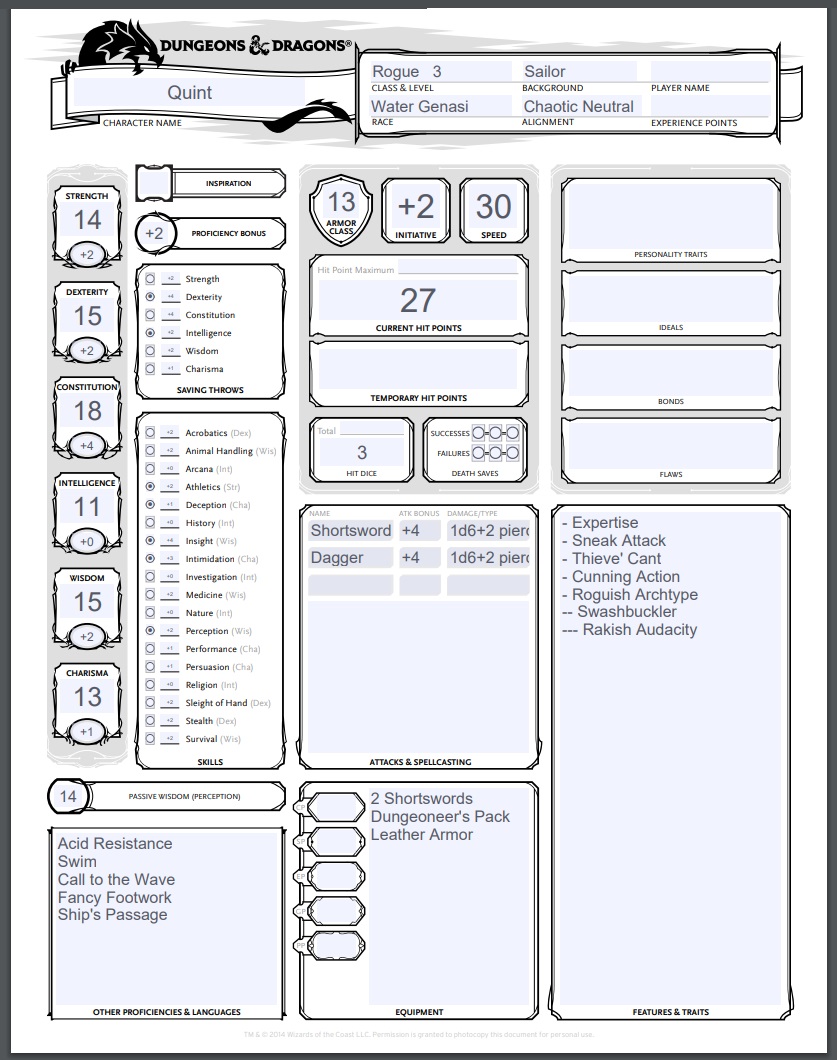 Quint considers himself a professional shark hunter, and strangely that isn’t an option in D&D. I decided on rogue swashbuckler because as far as I can tell his entire life revolves around being on his boat and fighting sea monsters, and water genasi because I’m just about 80% sure he’s better at being out to sea than on dry land. He has a level of comfort around boats and open water that is almost inhuman, and in D&D it can be literally inhuman. Like Brody, Quint is a simple man; he takes money and he kills sharks and he doesn’t need a whole lot of intelligence or charisma to do that. He’s basically the perfect character for somebody who wants to do a lot of over the top role-playing, but will coast just a little bit when it comes to encounters. And if their character dies before the end of the adventure… well they’ll roll another one for next time, it’s okay.

How would you make the Jaws characters playable for D&D? When’s the last time you saw Jaws? Did it make you trepidatious about the open water for a bit? Is the upcoming long weekend the perfect time to give this classic a re-watch? Let us know in the comments!