The Isle of Dread is covered in dinosaurs, and it’s one of the first adventures to establish wilderness adventuring rules that opened up the sandbox.

The Isle of Dread was an important adventure module. It’s similar to a classic film from the early golden age of cinema, in that everyone raves about it, and when you’re watching it you’re thinking, huh, maybe this feels a little cliched–then you realize, oh wait this movie did it first, that’s why it’s such a classic. So it is with the Isle of Dread, widely considered to be the first wilderness module for D&D. Let’s take a look. 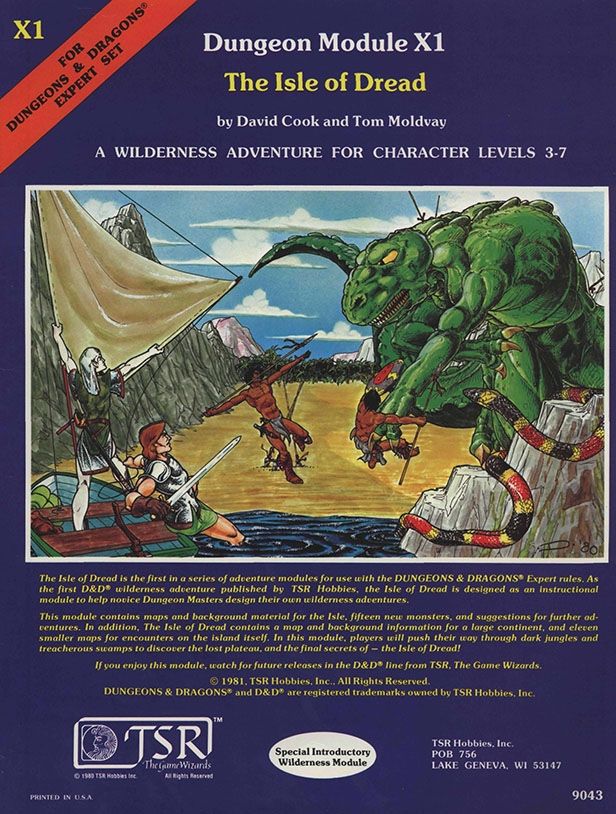 Module X-1 took players to the titular island in search of a gigantic black pearl and other buried treasure. Nothing super fancy as the motivator, just the classic go here, get the thing. But Isle of Dread immediately varies it up–the goal might be simple, but the complications are complex. Once on the island, plays will instead find the mutant, alien kopru. These beings from the Far Realms dwell at the heart of an evil temple at the center of the island.But you’ll have to find them first. 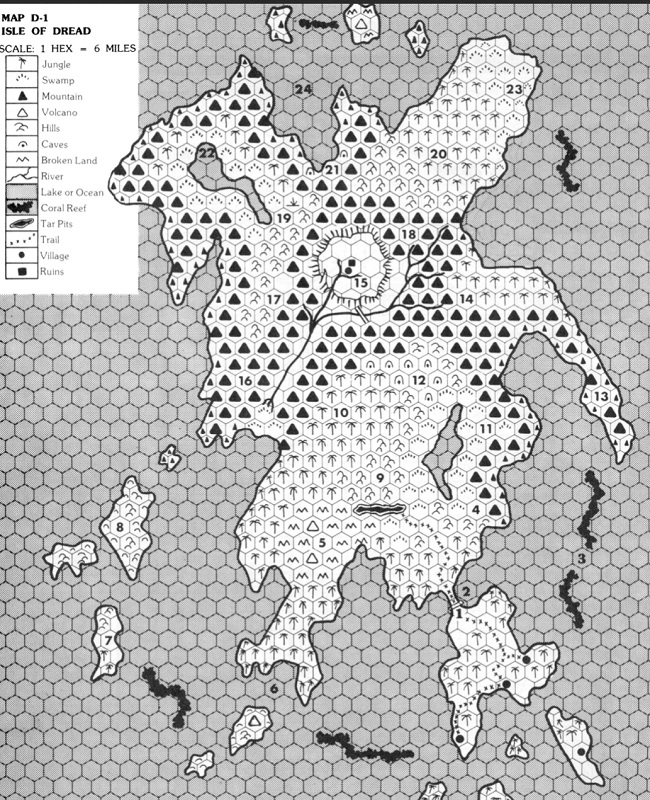 And let’s take a moment here to talk about the Isle of Dread. It’s a hexcrawl map that’s designed to be explored. If you’ve ever played in a West Marches style game, you owe a lot to the Isle of Dread. It’s map was populated with potential reveals, hazards, rewards, and encounters. All the island hits are here–pirates, giant squid, sharks, lizard men, troglodytes, and of course, dinosaurs. All of this is scattered around the island, which players start exploring after dealing with the starting village of Tanaroa and getting introduced to the Thanegioth Archipelago which would eventually blossom into a place in Mystara. 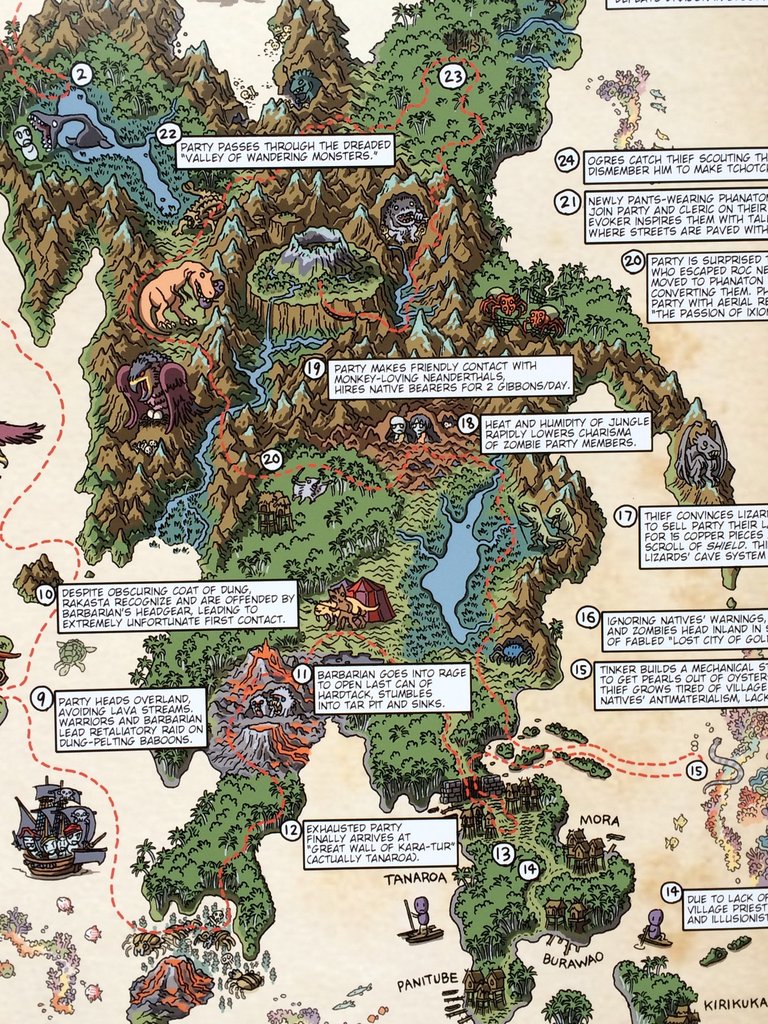 Anyway, the Isle of Dread did a lot for Dungeons and Dragons. It, and the other modules in the X series, brought eXploration and wilderness travel into focus in the game. Because of it, you get modules like the Temple of Elemental Evil and the Tomb of Annihilation. It might not reinvent the wheel, but it certainly gave it places to go. So if you’re looking for exploration done well–check out the Isle of Dread.