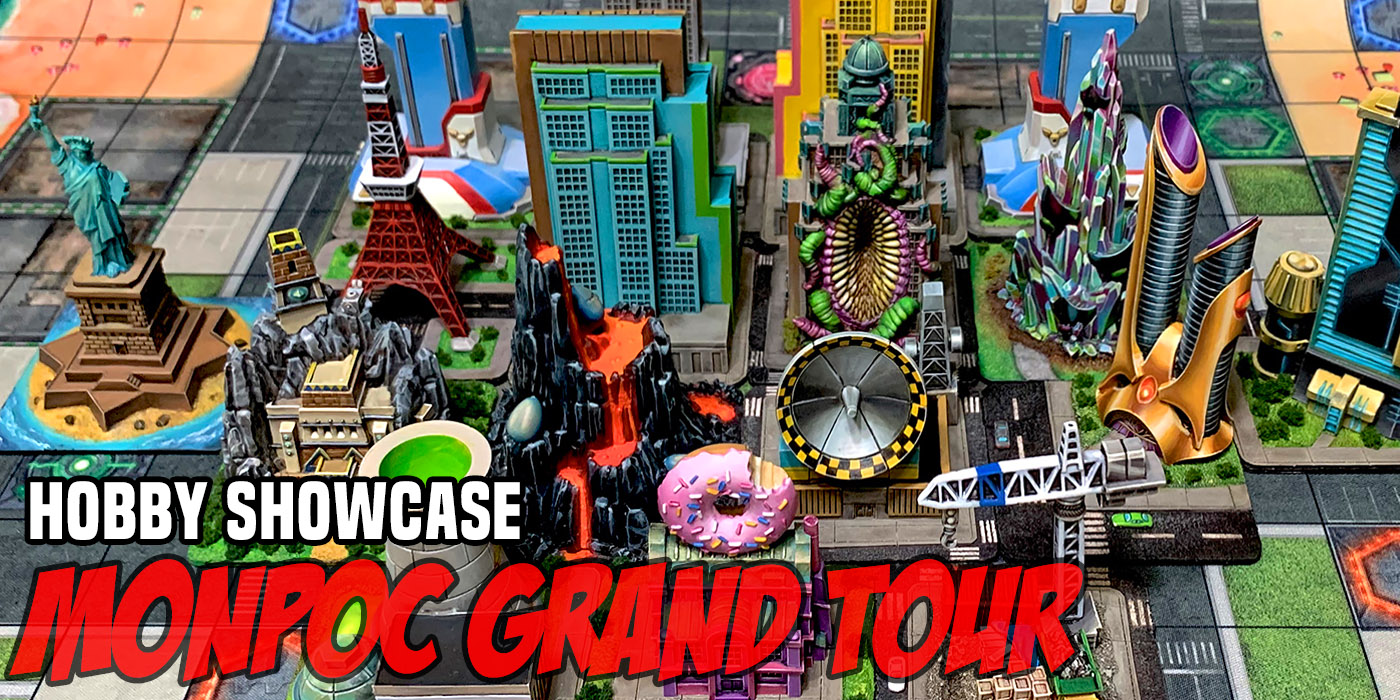 Gentleben here to take you a grand tour of the city. Welcome to Monsterville!

Don’t let the name fool you. While the rest of the world is currently undergoing a Monsterpocalypse, Monsterville is 100% monster free! The name goes back to the town’s founding when local residents declared it a real “Monster” of a place to call home! 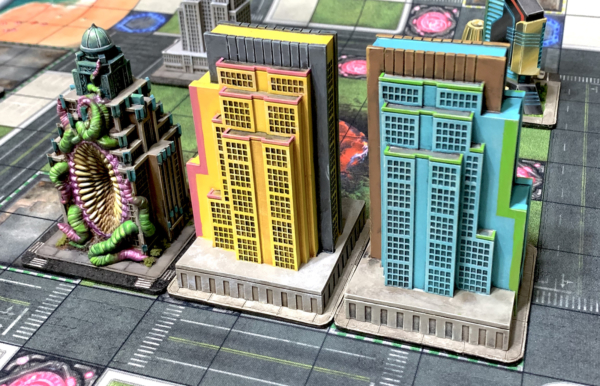 And while Monsterville has a lot of history, its still a city on the grow. We’ve recently had to start phasing out Apartment Complexes for these new High Rises. The tenants seem to like the bright colors.

We’ve kept one of the oldest residences. Locals call the one on the left the Shandor Building. While it might be the oldest skyscraper in town (constructed 1929) it just keeps pulling in more and more new residents. Our records show it should be well over capacity by now, but no ones complained of cramped quarters. 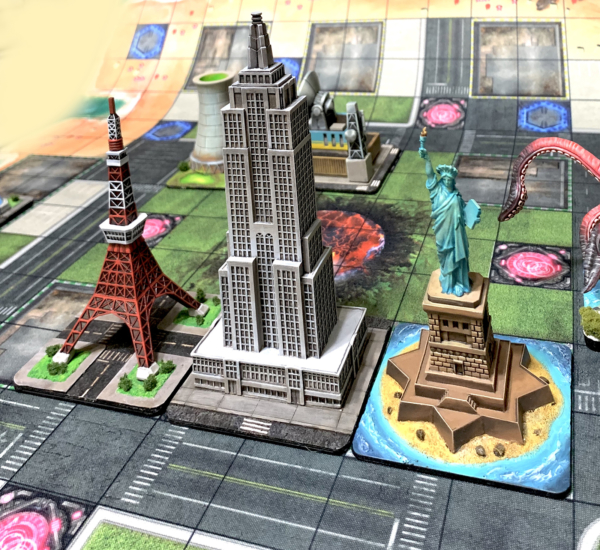 To bring in those extra tourist dollars, we’ve had our town’s most talented contractors replicate some well known landmarks. And while they’ve attracted the crowds, they haven’t attracted any monsters! 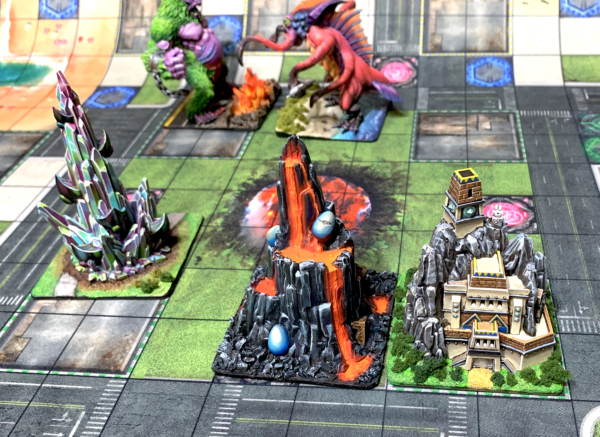 And here are some other unusual sights! Surely you’ve heard of the ape civilization that only recently made contact with humanity? They’ve set up one of their embassies right here in our little Monsterville! A right nice bunch once you get to know em. Even built on the lot right next door to that volcano that mysteriously erupted recently. And just when things were starting to settle down, a comet shard smashed into the ground not a block away. Didn’t even leave a crater – just stuck deep. Mighty strange, but at least we don’t have any monsters. 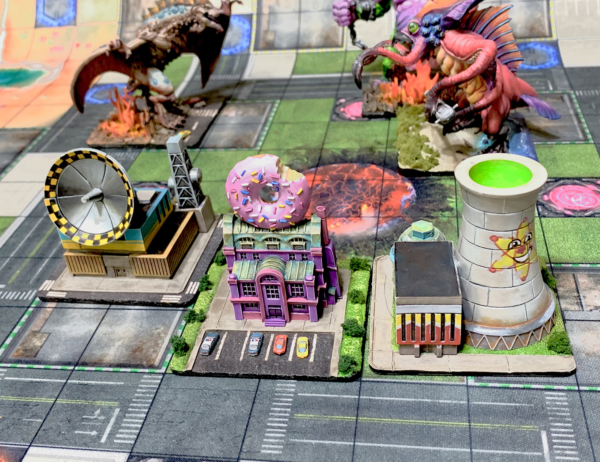 And here are some more of our town landmarks. How do you like old Nookly up on the side of the cooling tower? He’s here to remind you that nuclear power is nothing to be afraid of. If it was would we let our world famous doughnut factory operate right next door? Then we have our state of the art radio station broadcasting positive tunes for the whole town. Maybe its all those soothing vibes that help keep the monsters away. 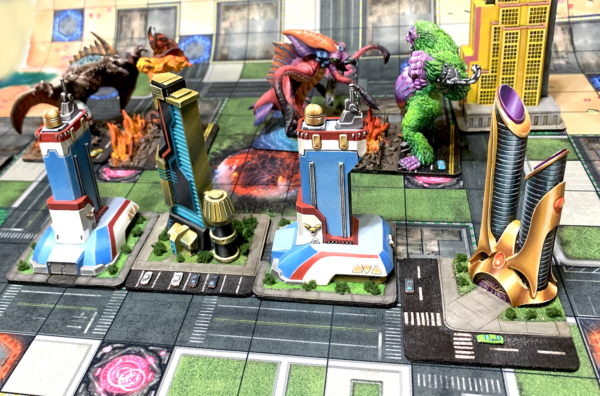 And if you still don’t believe Monsterville is a town on the grow, just look at these modern icons that have recently taken to calling it home. Ubercorp had barely started laying the foundation for a new HQ when their bitter rivals, the Shadow Sun Syndicate, announced plans for a building of their own. 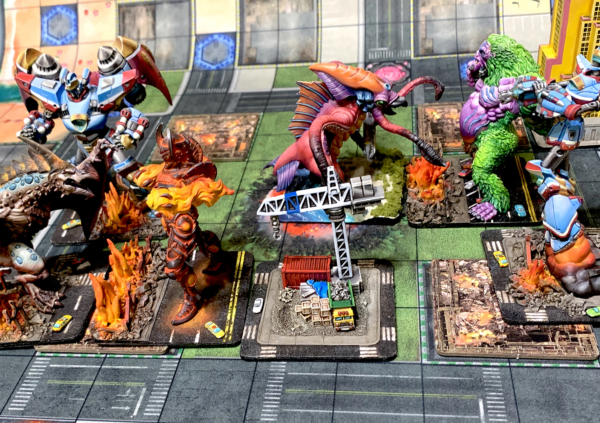 And for all our future plans we have a new Construction Yard to keep the buildings coming. Apparently they’re also handy for defending against monster attacks… not that we’ll ever need it for that!

~Hope you enjoyed the article! I put off playing Monsterpocalypse for almost two years because I thought painting the buildings would be dull. They ended up being one of my favorite things about the game. Anyone else out there like to take extra time with your buildings or is it just a wash and done?

I have a blog of my own at Too Mini with a lot of helpful painting articles that don’t always make it to BoLS central. 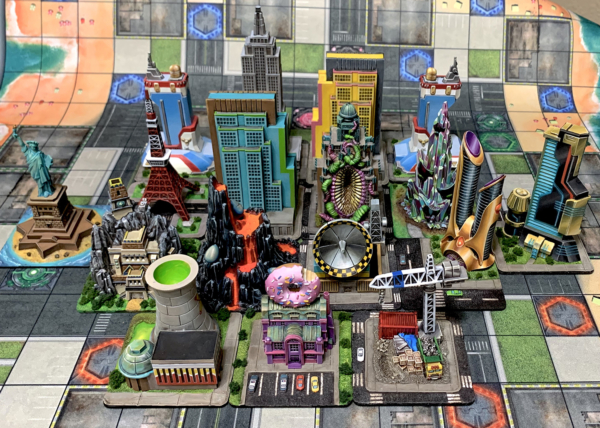