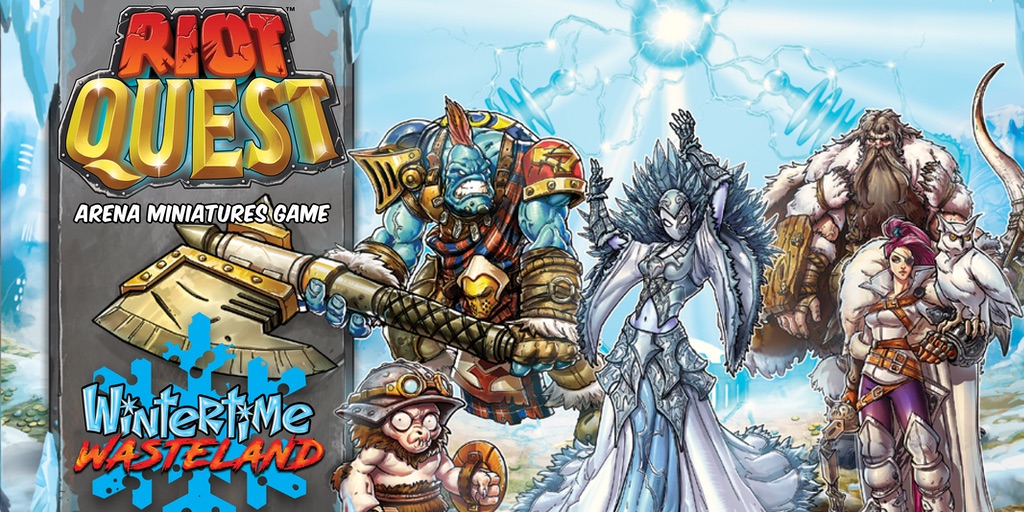 Assemble your crew of heroes, take to the arena, and battle against up to three other players to gain treasure and victory points in this fast paced minis game from Privateer Press.

The once-great Iron Kingdoms are now a pile of smoldering ruins. But there’s treasure everywhere…if you’ve got the gumption to fight for it! You’ll need a crackerjack crew, gobs of gear, and lots of love for the chaos of battle if you’re going to score the best leftover loot in the land. But watch out! It’s every human, dwarf, elf, and gobber for themselves in this outrageous quest for bodacious booty!

The Riot Quest chaos continues with the new Wintertime Wasteland starter box! After plundering and looting all they could find in the more civilized corners of the Iron Kingdoms, the heroes (and villains) of Riot Quest are headed to the strange, frozen north in search of more treasure. 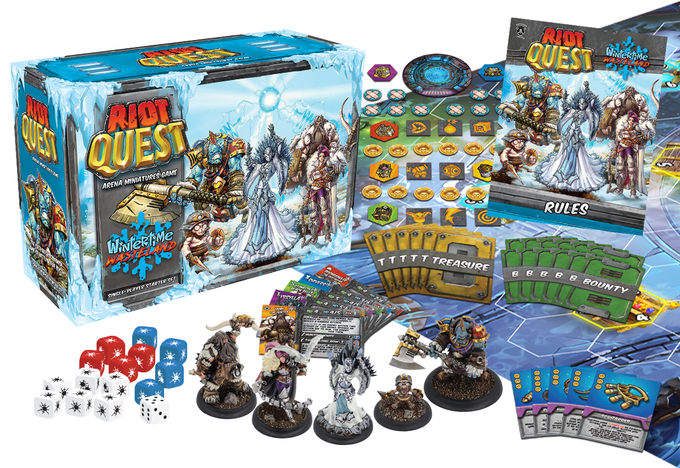 This starter is fully compatible with all previous Riot Quest releases and kicks off a brand new block of post-apocalyptic, winter-themed models and expansions for the game. Wintertime Wasteland introduces new Arena maps, new Bounty and Treasure decks, and loads of new beautifully sculpted Hero models. 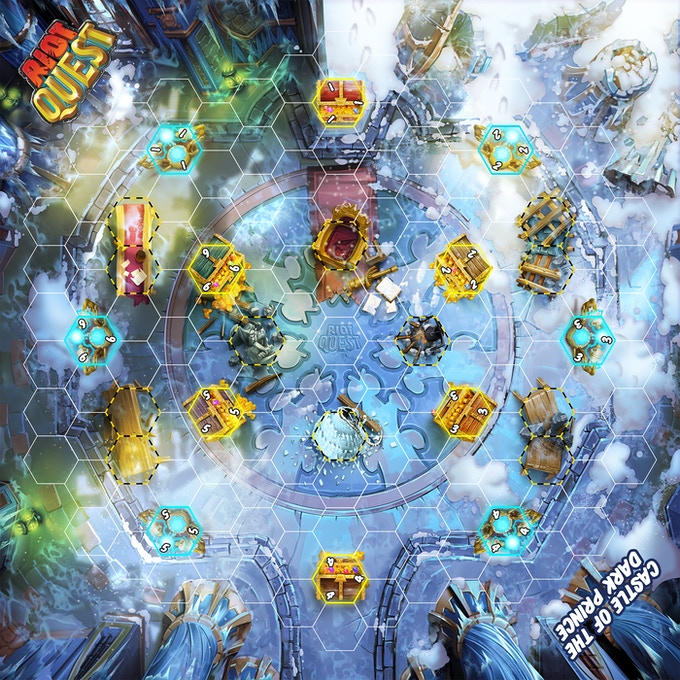 So, get your fightin’ pants on! It’s time to gear up, wreck face, and get paid! 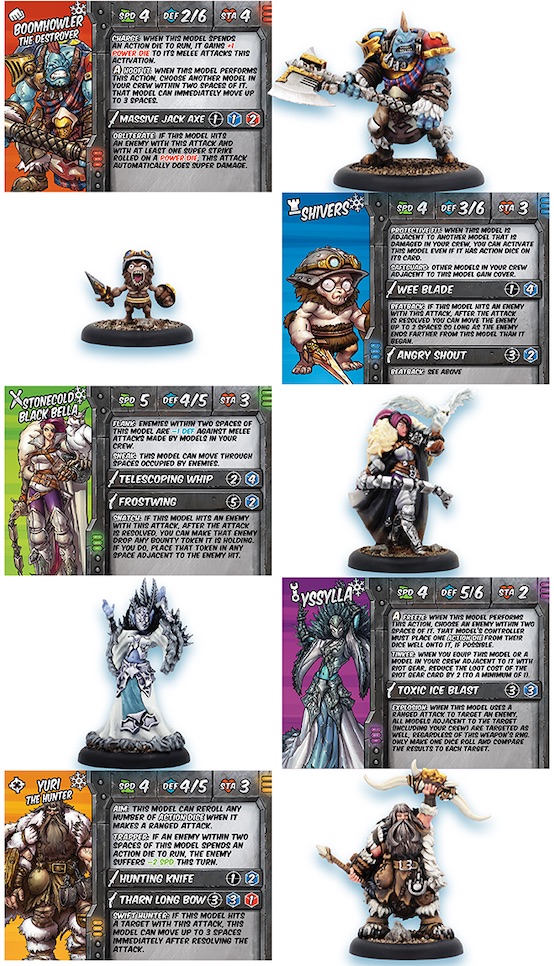