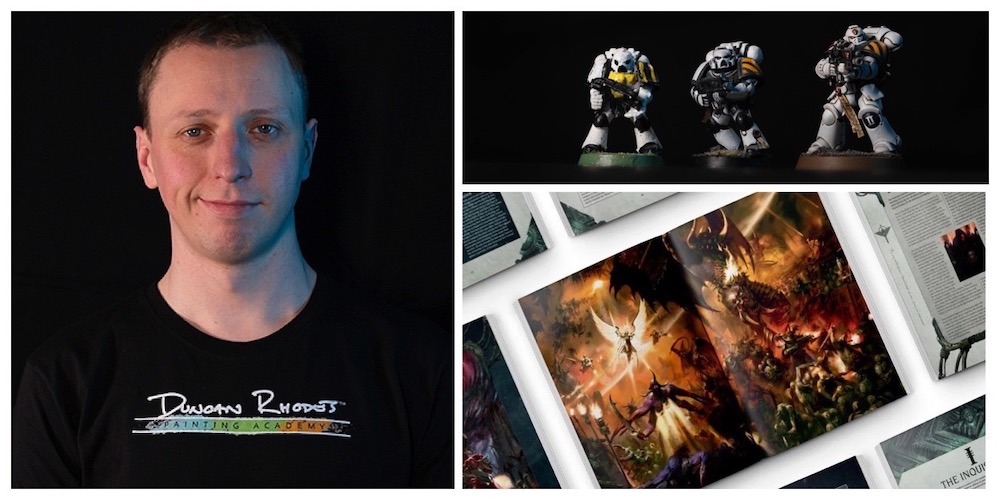 This is another double sized episode! We’re joined by mini painting rock star Duncan Rhodes and the regular crew goes over the sweeping point increases in 9th Edition.

Some big point changes are coming down the pipe for every faction. EVERY FACTION!  There is a clear move by the designers to slim the game down a bit.  It’s interesting. We could have just said ‘we all play 1750 now’ but that seems to be less well received than keeping everyone’s idea that we seem to like saying 2000 points.  2000 points won’t buy you as much right now.

I expect this to change over time.  We might not remember that far back but this is very much like Index 40k from the start of 8th edition.  Outside of a few outliers that were changed with the early Erratas, like the rule of 3, the game was fairly balanced.  Now the cycle begins anew.  We all secretly hope we’re the first to benefit from Codex Creep, ha!

In the middle of the show we are joined by the amazing Duncan Rhodes.  He gives us some insight on what he and Rodger have been up to the last few months. It’s an absolute pleasure to speak with him.  He’s a phenomenal painter and ambassador for this hobby.  It’s cool to be able to see him stretch his legs and go where his hobby inspiration takes him.

We come back with Adam, Red and Paul to continue our grind through the points. We don’t cover everything but we talk about a few things important to us.  I’m pretty excited to try a few big mini BA games where I push around a few 8 man Sanguinary Guard squads backed up by super characters and Dreadnoughts.

FTN mostly focuses on Warhammer 40k, but again you will see in the first few episodes we take a severe deep dive into nerdom. These have been a blast to record and I hope they help pass the time for you.
Please please please check out the new Forge The Narrative objective markers. These things look awesome. Ordering a set is a good way to support one of our sponsors AND the show. Find them here.
FORGE THE NARRATIVE (iTunes Page)


Alternatively, you can subscribe via your own iTunes, and it should update our podcast when we post a new one. Don’t have iTunes? Use the player below to access the podcast directly, or add our feed to your favorite player.
Podcast Link