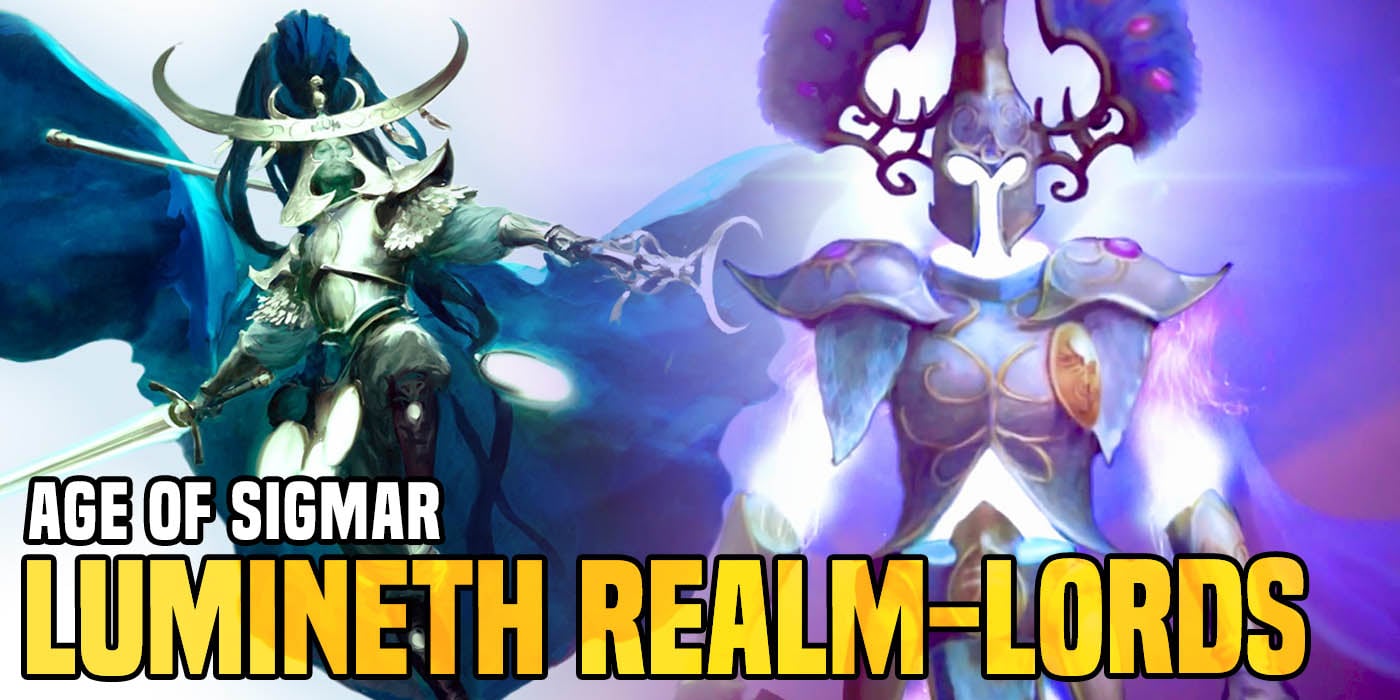 Here’s some thoughts on Avalenor the Stoneheart King, one of the special characters coming soon to the Lumineth Realm-Lords.

When the Lumineth Realm-Lords started to wake up the mountains, the oldest and strongest of them to walk forth was Avalenor, the Stoneheart King. He’s a beefy (pun absolutely intended) battlecow that can lead your Ymetrica armies to almost certain victory, and can potentially go one on one with a Bloodthirster. Here’s my in-depth look at the King of the Mountains, and a bit of mathhammer to judge his overall impact.

Avalenor has a pretty solid base statline, though like his lesser kin he is a little slow for a monster with a move of 6”. However, as befits a being of living stone he brings a lot of tough to the table with a 3+ armor save, 14 wounds, and a Bravery of 10, meaning he isn’t going anywhere anytime soon and neither are his armies. He’s got a lot of power too, both in shooting and the combat phase, especially if he is on the defense. In the shooting phase, he can send out a single blast of energy that hits on a 3+, wounds on a 2+, and deals d6 damage with a Rend of -2. Should he be undamaged, the attack has a staggering 30” range, so he can soften up an approaching threat long before it hits your line. 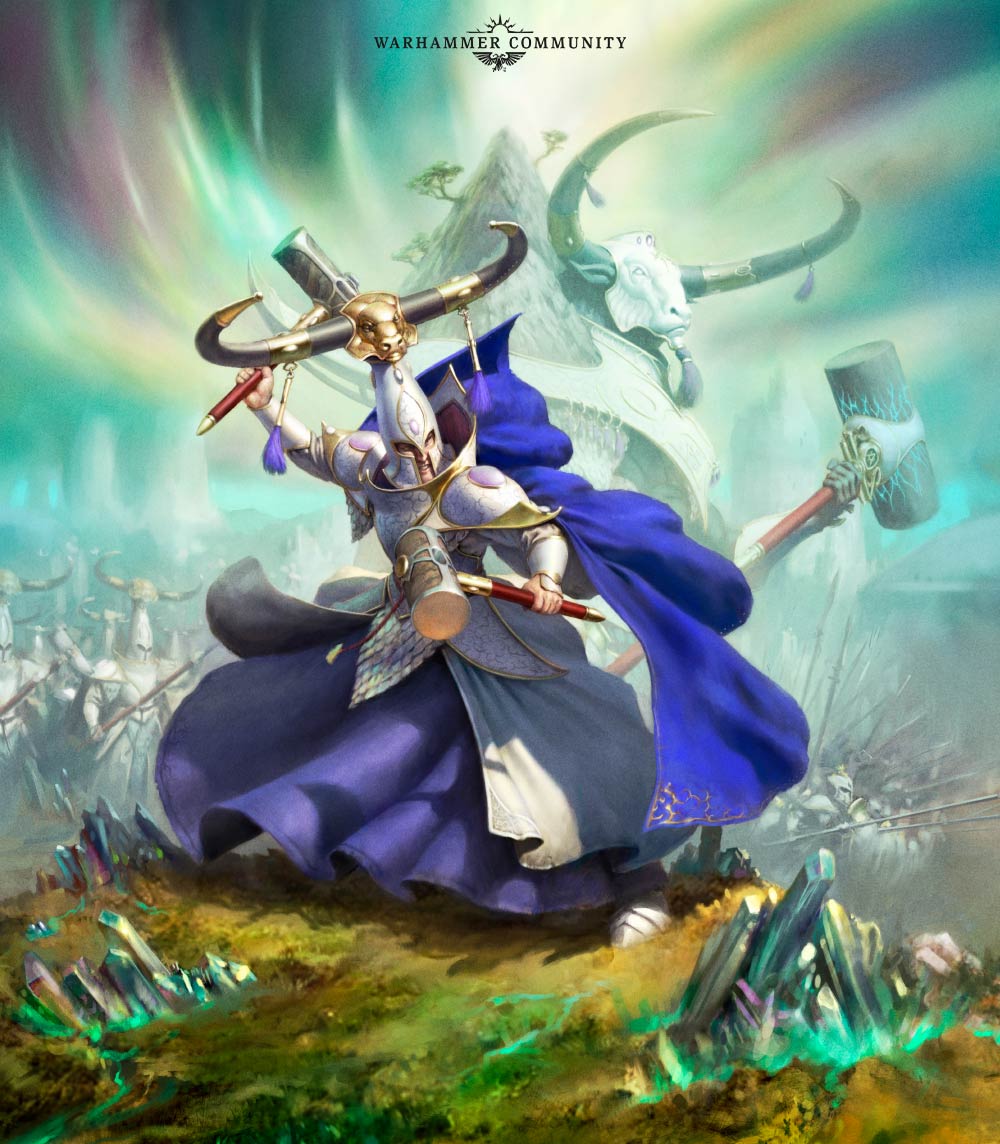 He’s definitely no slouch in combat either though, as befitting a massive mountain spirit with a pair of lava hammers. He gets 6 attacks with said hammers that hit and wound on a 3+ with -1 Rend and a hefty 5 damage at full strength, meaning the potential damage before factoring in his special rules is 30 with those attacks alone. He can also stomp on enemies with his hooves, giving him 2 more attacks that hit and wound on a 3+ and deal 2 damage with a -1 Rend. So adding that in, we’re at a potential damage of 34. Now let’s look at his special rules that make him even scarier, like All but Immovable, which increases all his attacks by 1 on your turn until your next movement phase if he doesn’t charge. This increases the potential wounds per turn up to 41, which is then increased to 47 when you factor in that his hammers deal a mortal wound in addition to normal damage when he rolls a 6 to hit. Now sure, all of this is assuming that Avalenor is at full wounds, but he laughs off all of that nonsense with the Stonemage Symbiosis rule which lets him use the 0 wound level of his damage chart as long as he is within 12” of a friendly Stonemage.

For all that damage, Avalenor is still a powerful support piece as well, especially in a solely Alarith army like Ymetrica. With his Elder Wisdom rule, he can allow a Lumineth Aelf hero within 6” that stays within 6” of him for a full turn to use one of its command abilities without spending a command point. He can protect his followers with his Guardian of Hysh ability, which subtracts 1 from hit rolls for all enemy models within 12”, with a range that deteriorates as he takes damage (but again, as long as he’s near a mage he doesn’t care). Finally, his command ability lets him increase the attacks of d3 Alarith Aelf units wholly within 24” by 1. That can make a struggling unit of Stoneguard a meat-grinder, or give a Stonemage some needed extra punch.

Do you plan to use the Ultimate Cow in your Lumineth army?