AoS: Warbands As Warriors – Bringing Beastgrave To Age Of Sigmar 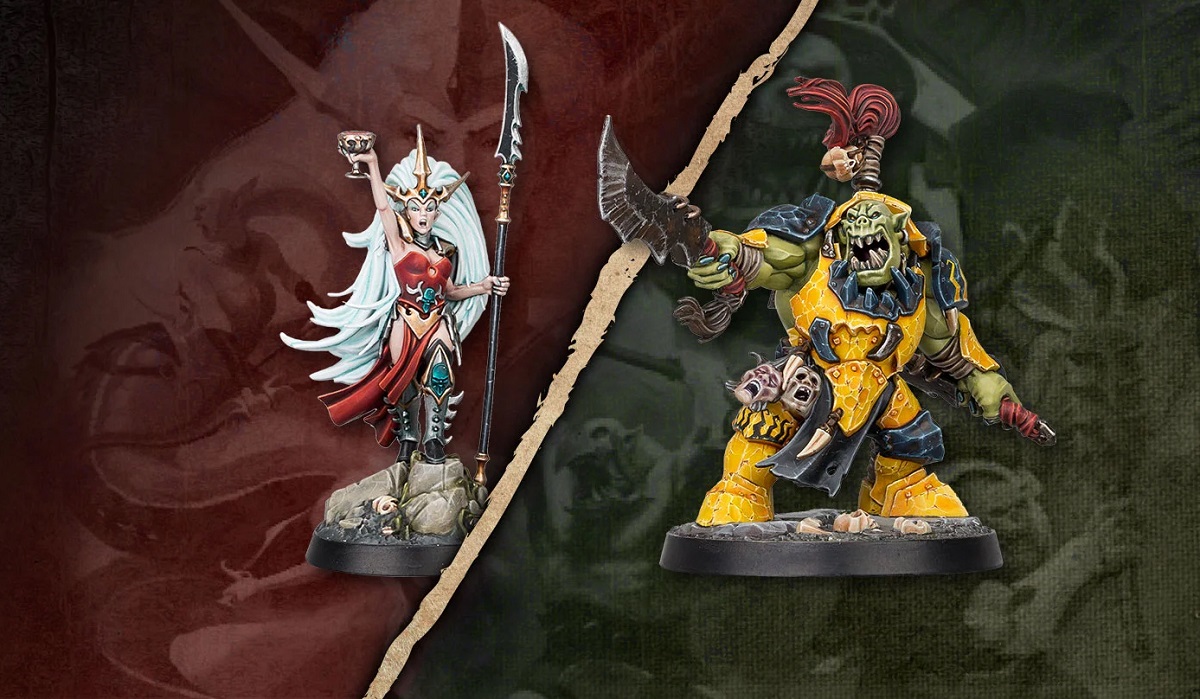 Here’s my thoughts on including the new Underworlds warbands in your Age of Sigmar armies.

With the new Beastgrave Warbands out in the wild, enterprising Ironjawz and Daughters of Khaine players will soon be able to add a bit of special punch to their armies. Here’s my thoughts on including the warbands in your Age of Sigmar armies, and how they might best be utilized. 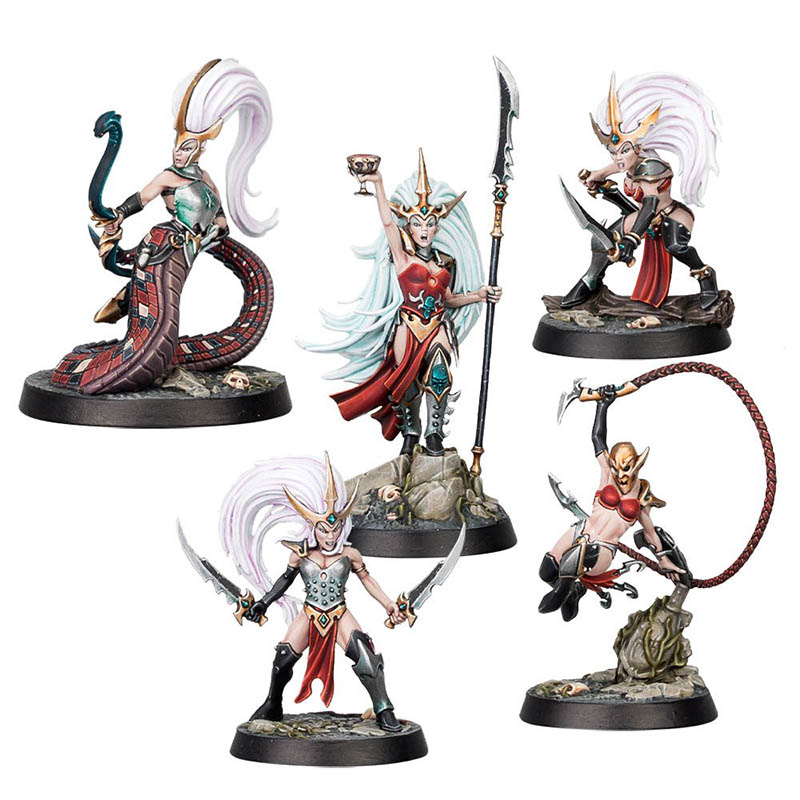 The Blade-Coven is pretty fabulous because it brings in not only a formidable Hag Queen, who can utilize the powerful and terrifying prayers the Daughters can employ, but also a vehicle to keep the fragile priestess alive. Morgwaeth herself can take any sort of artefacts and extra prayers just like a regular Hag, and also sports a chalice of buffing Witchbrew to keep nearby DoK deadly and in the fight.

What gives her a slight edge over her sisters in slaughter, however, is her 2” range with her Glaive, meaning she can engage with the enemy from behind a line of Witch Aelves or Melusai without the risk of getting attacked back.

However, should she suffer retaliation and her loyal coven is nearby, they can absorb wounds for her on a 4+, possibly even ignoring them themselves on a 6+ (with the wording of GHB 2020 I’m not sure it this is a viable strategy, but I’m 80% sure it works). Plus, the Melusai companion she brought along can dish out mortal wounds, so the relatively small unit can still pose a threat to overextended heroes. My advice for this squad is to keep Morgwaeth bunkered nearby to buff the Coven, then use them to pick off Wizards or already beleaguered heroes. 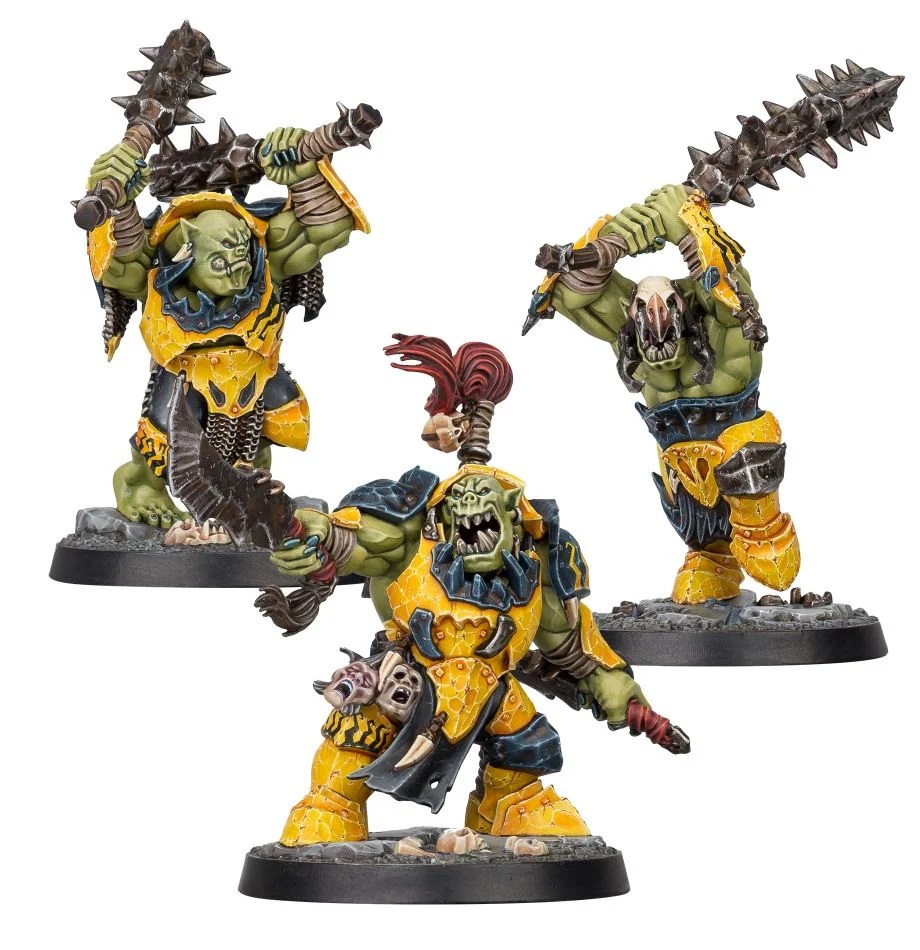 While on the surface this just seems like a smaller Brutes squad, the buff they receive after offing a Monster means that these fellas can easily make themselves a real problem to deal with. As with all Brutes, they get +1 to hit against targets with 4 or more wounds, and they have 12 attacks between them, 9 of which will hit on a 2 against said targets. Then, the first time they kill an enemy monster, they can add 1 to their wound rolls for the rest of the battle, meaning all 12 attacks will wound on a 2+ until game’s end.

Considering that this tiny unit has a damage potential of 15, killing a full health monster in a single turn is a distinct possibility, let alone one that’s already had a few wounds chipped off. Once empowered, this unit will become a nigh unstoppable battering ram, and will be able to clear all but the hardiest of targets that you point them at. Ogor and Seraphon Thunder Lizard players are the perfect target for these green meanies.

Will you be bringing either of these units in your armies?

Author: Clint Lienau
Originally from North Carolina, Clint comes to Austin as the latest in a long list of haunts of a wandering actor. An avid gamer, writer, actor, pyrotechnician, and general nerd, he writes two Age of Sigmar weekly articles for Bell of Lost Souls from a slightly less than meta angle, plus a weekly tournament roundup. When not busy being a clueless cowboy, Winterfell Bannermen, or whatever else acting life throws at him, he enjoys reading folklore from around the world, writing narratives for his Wargaming armies, or watching all the movies he can. Look for his storytelling podcast, By the Dancing Fire, or find him on Twitch at RedWendigo13.
Advertisement
Age of Sigmar Editorials Rules
Advertisement

Age of Sigmar: Hopes for the Upcoming Reveals Stream 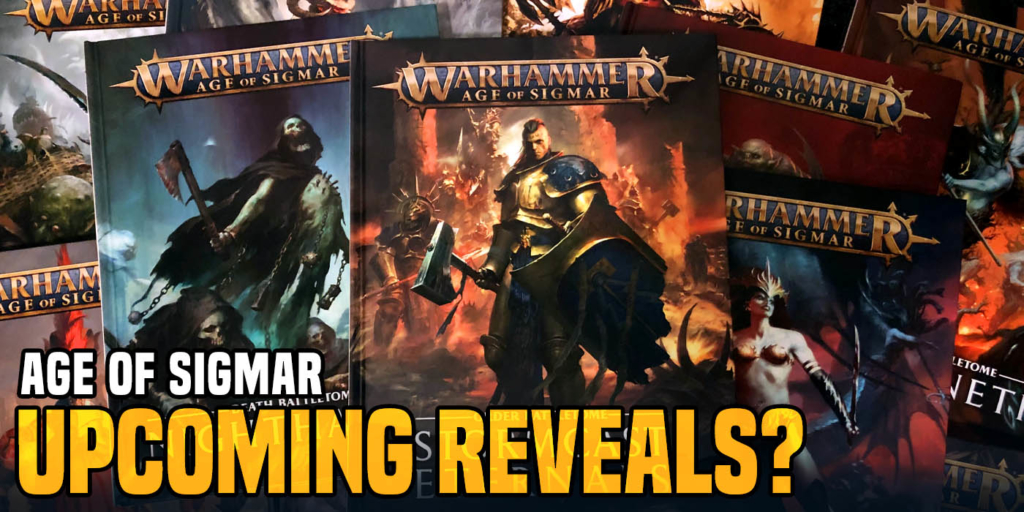