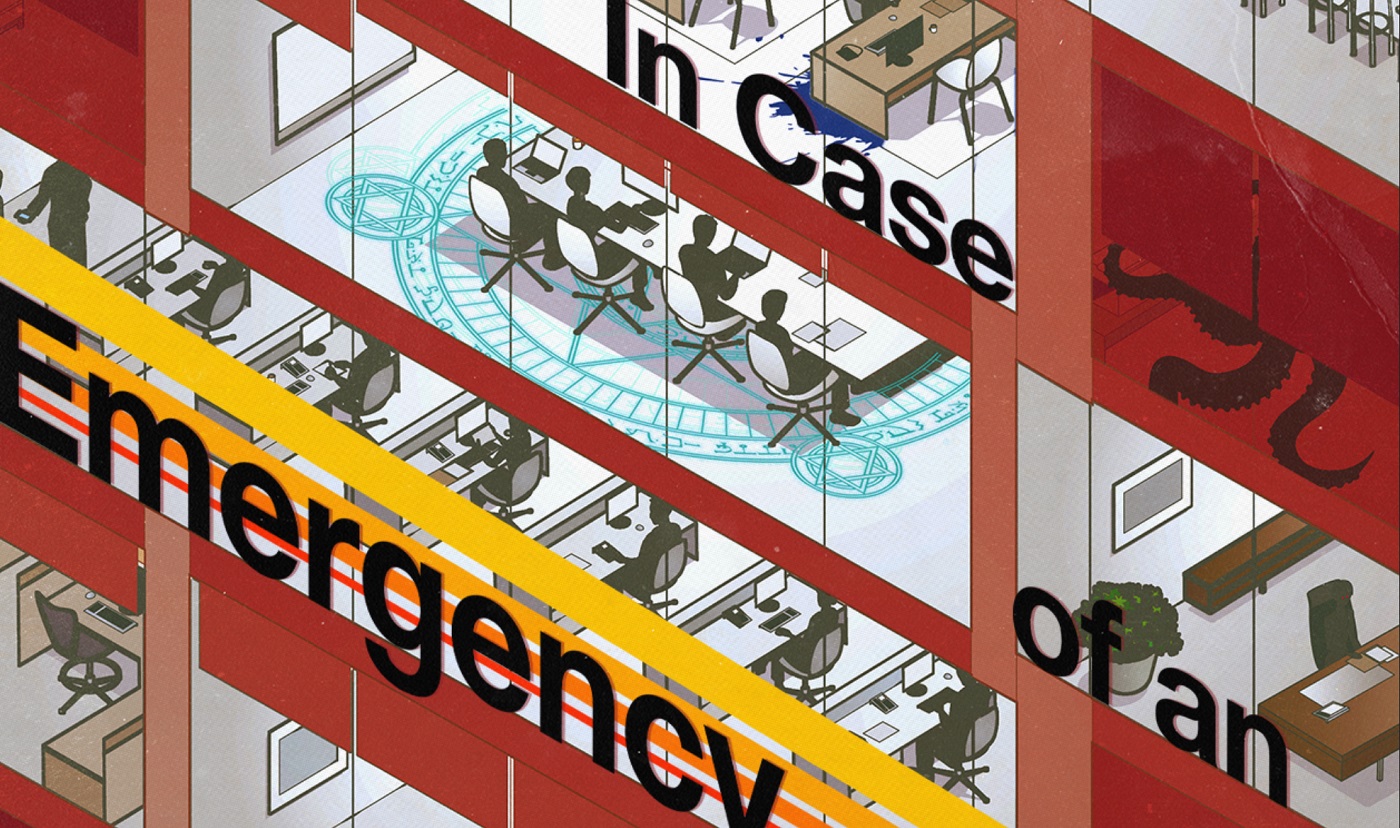 If you enjoyed Remedy’s Control released last year, or if you’re a fan of the SCP Wiki, you’ll love In Case of Emergency.

When Control came out last year, it blew minds with its reality-altering gameplay and world heavily influenced from the good old days of the SCP Wiki. Now the video game has inspired a new tabletop RPG, brought to you by the same creator that wrote both of the Carly Rae Jepsen RPGs, Boy Problems and Black Heart. The new game, titled In Case Of An Emergency casts you as employees of foundation., an ominous global corporation renowned for exploiting both its workforce and metaphysics to stay at the cutting edge. 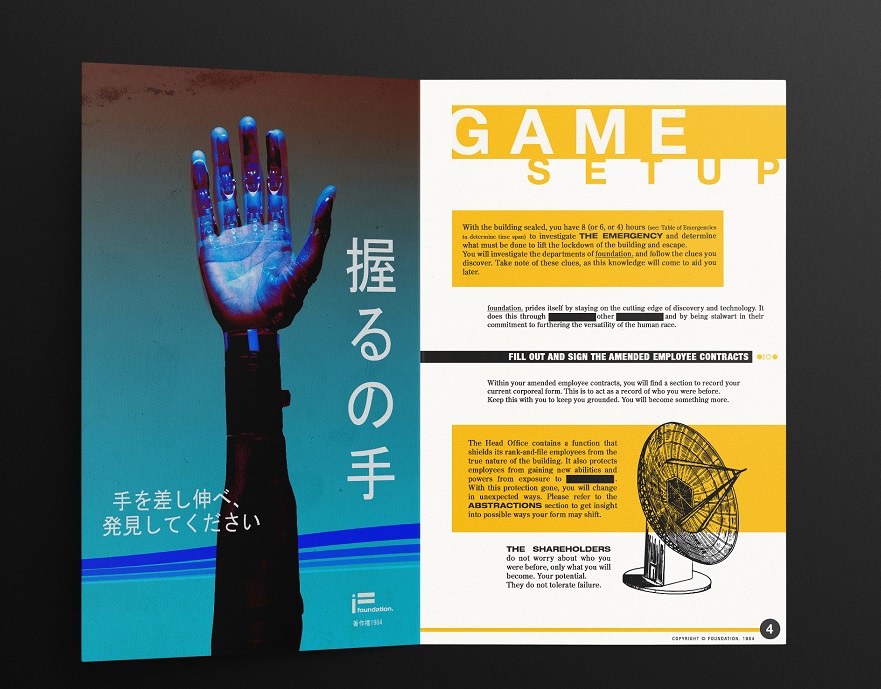 After an “incident” the 4-6 players will find themselves trapped inside the office-fortress that is the Head Office as you try to escape the strange things contained within. Along the way you’ll gain strange powers, be exposed to stranger phenomena, and if you’re lucky, come out with everything intact. 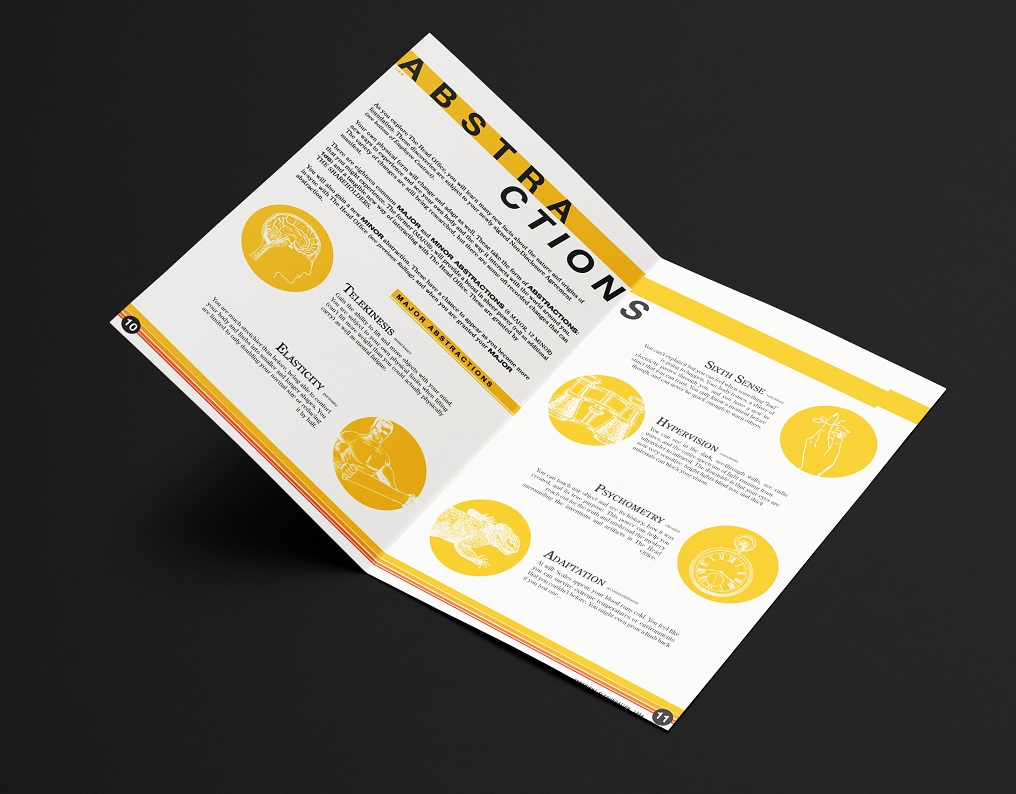 If you’re unfamiliar with Control or the SCP Wiki, it’s basically byzantine workplace humor mixed with cosmic horror. As the game’s creator, Colin Cummings puts it:

A simple description: it is Office Space meets The Cabin in the Woods. It is also inspired by Remedy’s Control and The SCP Foundation. I wanted to make an RPG where you explore a ~weird~ building that is now experiencing a glitch in its system. It could be a variety of things: dangerous beings have escaped, doors are appearing where there wasn’t one before, parts of it are stuck in time or looping, that sort of thing.

The game looks gorgeous, as you can see, it’s got a vaguely 50s-60s office manual kind of vibe to it. The sort of ominously friendly tone that reminds you your life is just another line item on the company’s budget.

It’s a one-shot game, but it feels like one you can come back to again and again, letting your imagination run wild. 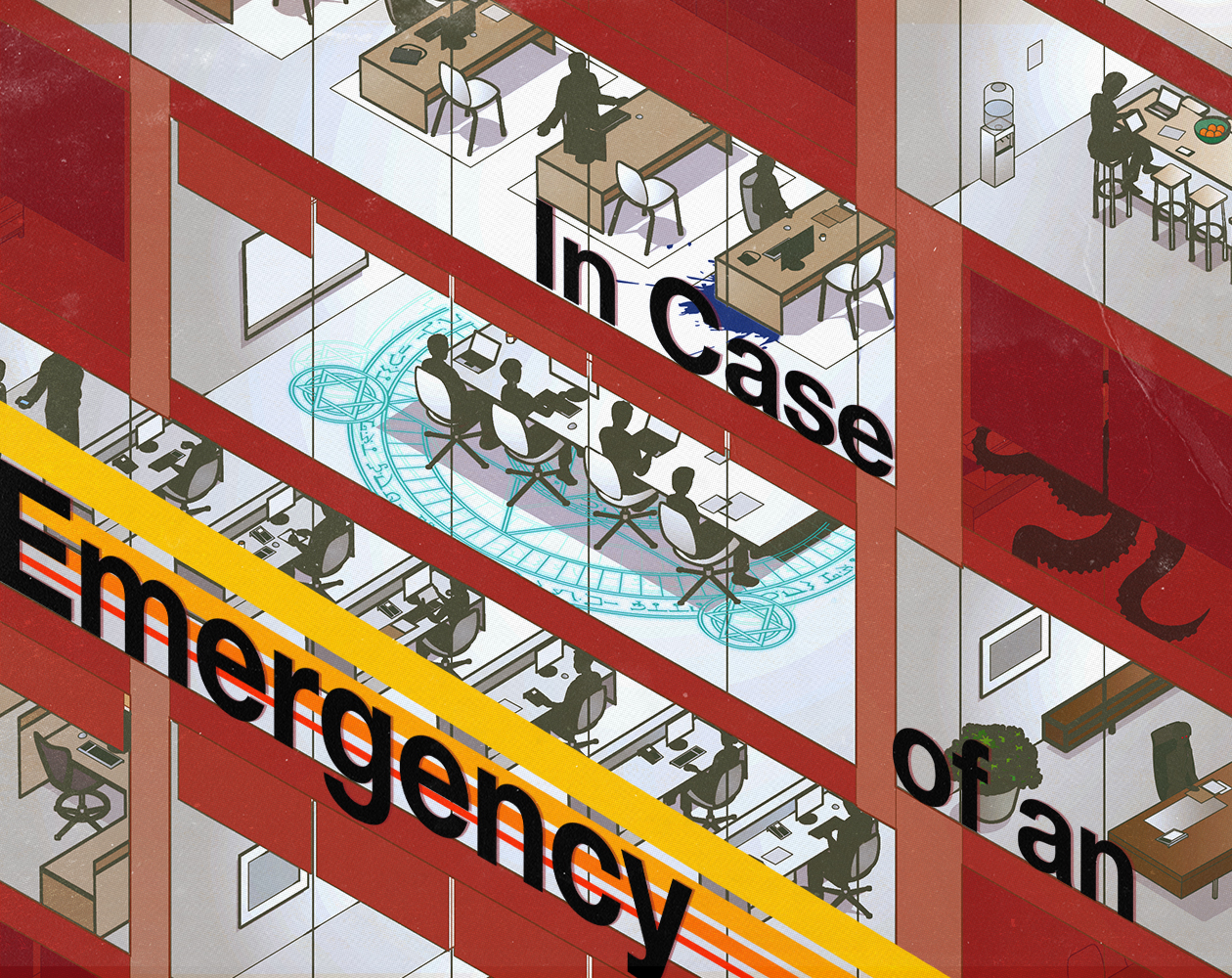 Inspired by Remedy’s Control, and the internet’s collaborative fiction project SCP, discover a new game that challenges you and your friends with the task of taking back or taking down your own place of employment.

You work at foundation., a global corporation known for its cutting edge inventions and morally dubious treatment of its labour force. It stays at the top of its field by exploiting the paranormal and the metaphysical. Due to an “incident”, you are now trapped inside. The glitch causes you and a group of your co-workers to be tasked by a group known as THE SHAREHOLDERS to fix what has broken, and solve THE EMERGENCY. 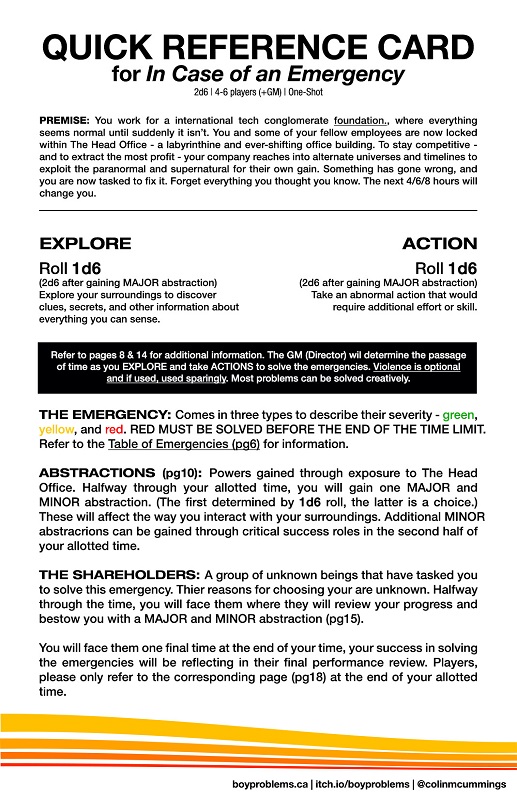 The Head Office is an ever-shifting office complex that threatens to trap your intrepid group within its labyrinthine walls. Fable and superstition come alive and threaten your very life. Gain new abilities (ABSTRACTIONS) through exposure to the powers that lie beyond, investigate the truth behind foundation., traverse a place where new science is discovered daily, and cut through bureaucratic and literal binding red tape to escape and survive.

The future of your company, and your whole reality, lies in your hands