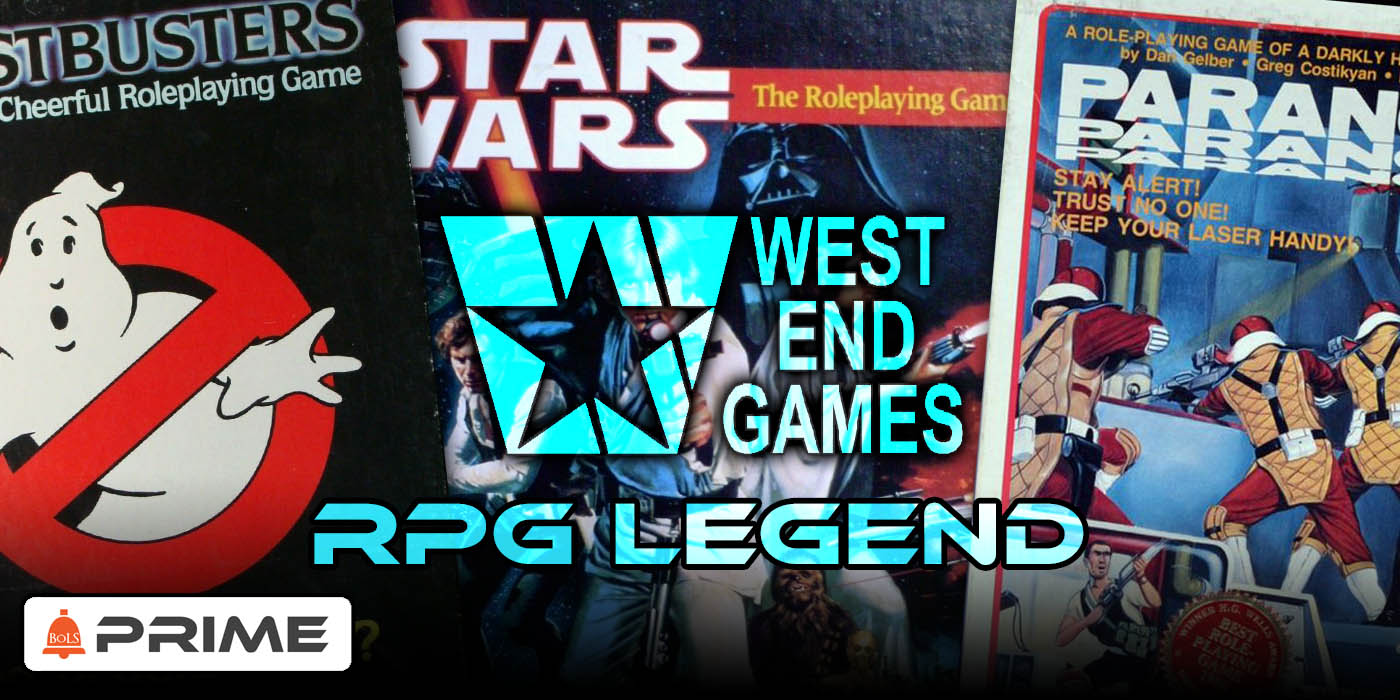 From Paranoia to the expansion of Star Wars into what it is today, West End Games has one of the most enduring legacies of tabletop gaming.

In the world of roleplaying games, West End Games casts a long shadow. The tiny company made a journey from the beginnings of the industry in 1974, through the tumultuous 80s, where they were one of the few companies who could go ten rounds with TSR and have a shot at coming out ahead, to a strange, spiraling descent in the late 90s. Even then, West End Games had enough staying power in its properties to keep it going in one shape or another until 2017.

West End Games has an enduring legacy, with a surprising number of hits that outlast their own time in the spotlight. Their popularity let them tackle big names like Ghostbusters, Star Wars, and much later, Hercules & Xena. For a while, West End Games had tapped into that magic formula that makes all things possible: having enough money to have the infrastructure and pay people competitive rates. It helped that they started their tenure in the RPG industry by already being successful somewhere else.

Already having money has been the secret to pretty much every American success story, whether they're an individual robber-baron, or a "self-made" tech startup that began in a garage with just a few hundred thousand dollars "loaned" from their parents. But unlike these folks,...