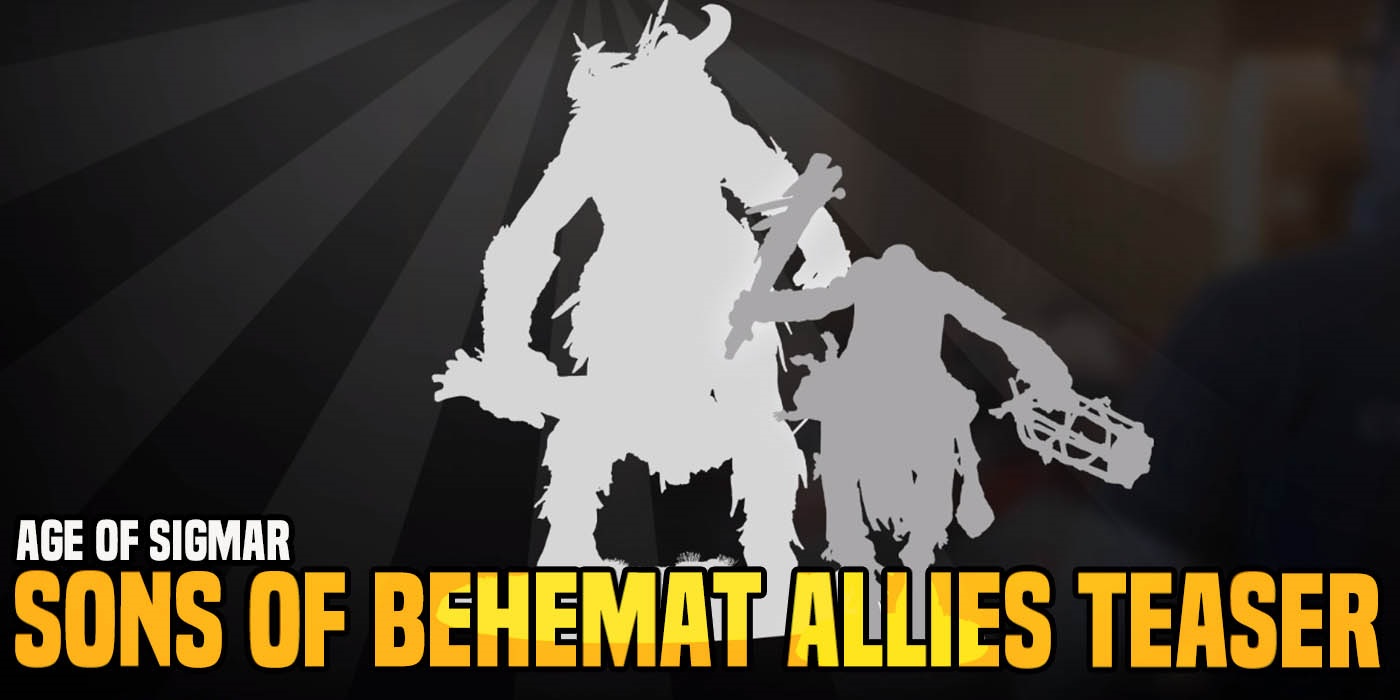 You didn’t forget about the Mega-Gargants, did you? Well now we know a bit about who can recruit these giants on the tabletop!

If you remember way back in April (man, it feels like waaaaay longer than 5 months ago) GW was showing off some of the Sons of Behemat goodies.

Well, at the time, we gathered a few bit of info. For starters we noted that there would be a single kit with a TON of options. 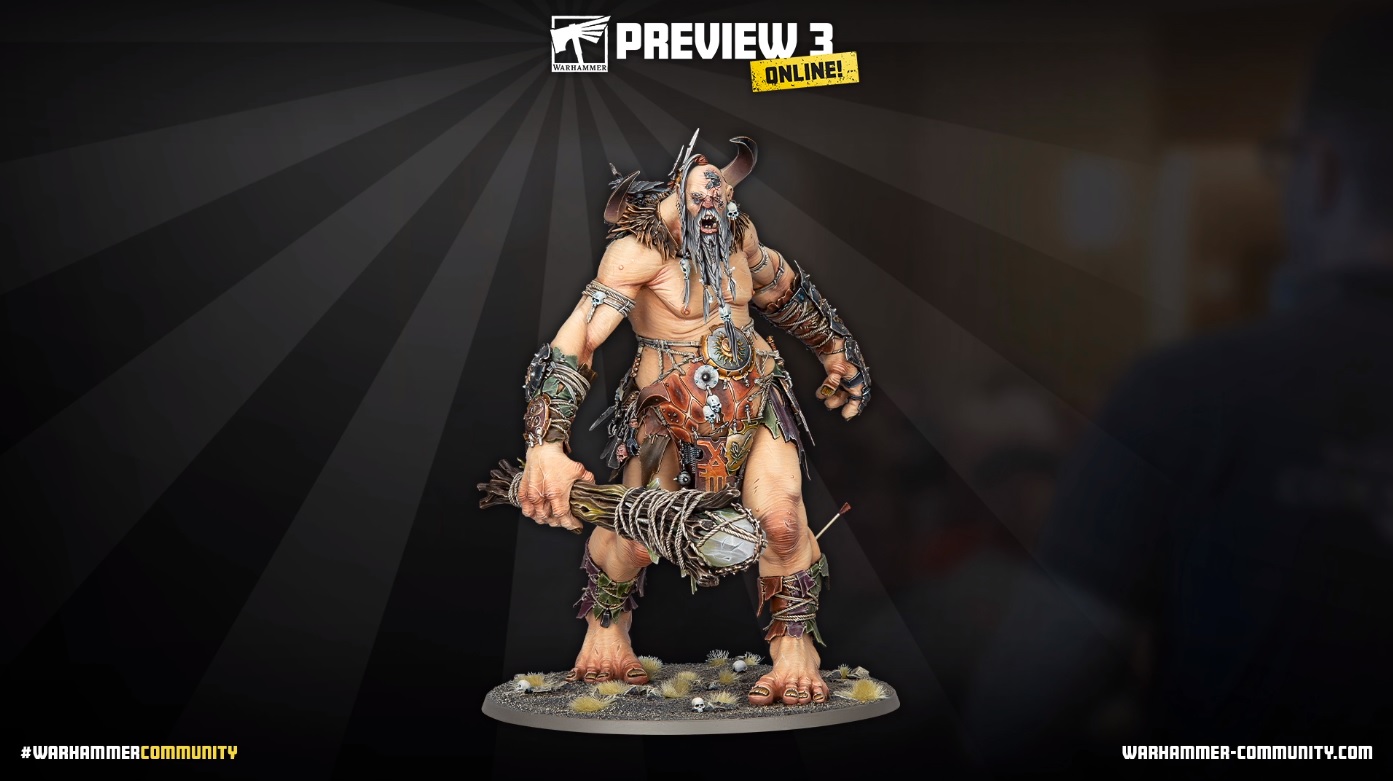 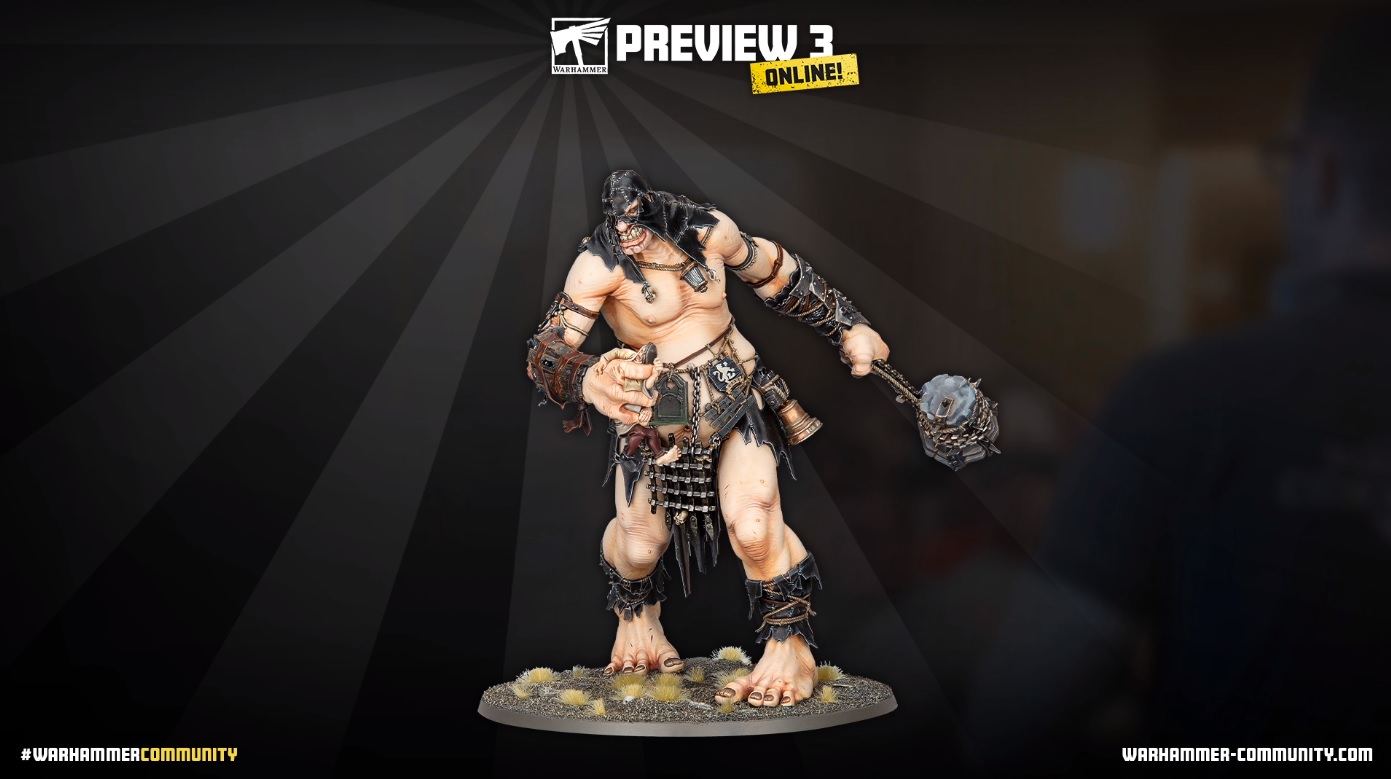 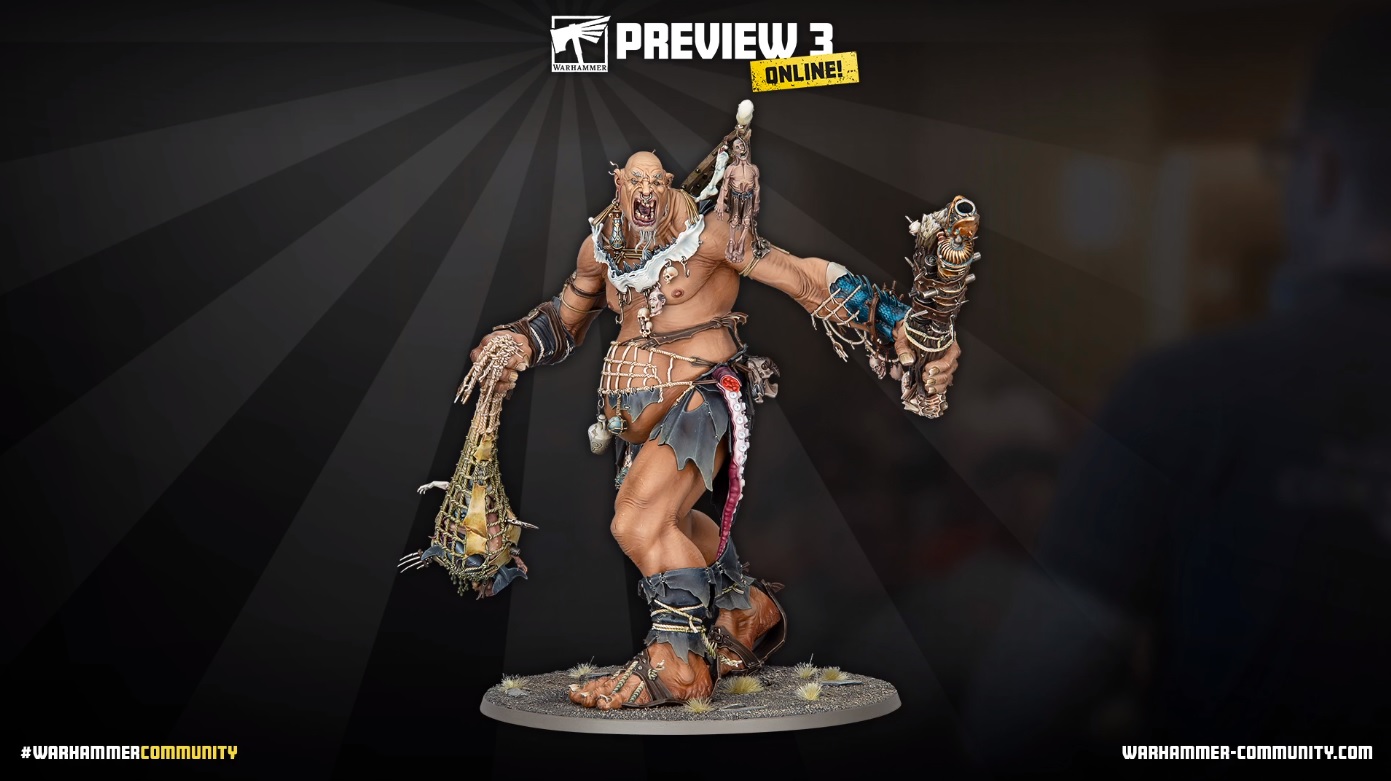 We also learned later that the Sons of Behemat were going to be able to join all the factions – but we weren’t exactly sure how that would work out. Well, today GW hinted at how these Mega-Gargants will be able to align themselves with other factions. We also get “introduced” on of these Mega-Garants: Meet Bundo Whalebiter!

“Just who is Bundo Whalebiter? Allow us to explain! Sons of Behemat is coming out before too long, and in it, you won’t just find rules for an army of gargants, but a set of mercenaries that let you add a named Mega-Gargant to your armies! Order and Destruction forces can take Bundo Whalebiter, a towering (and surprisingly cunning) Kraken-eater.” 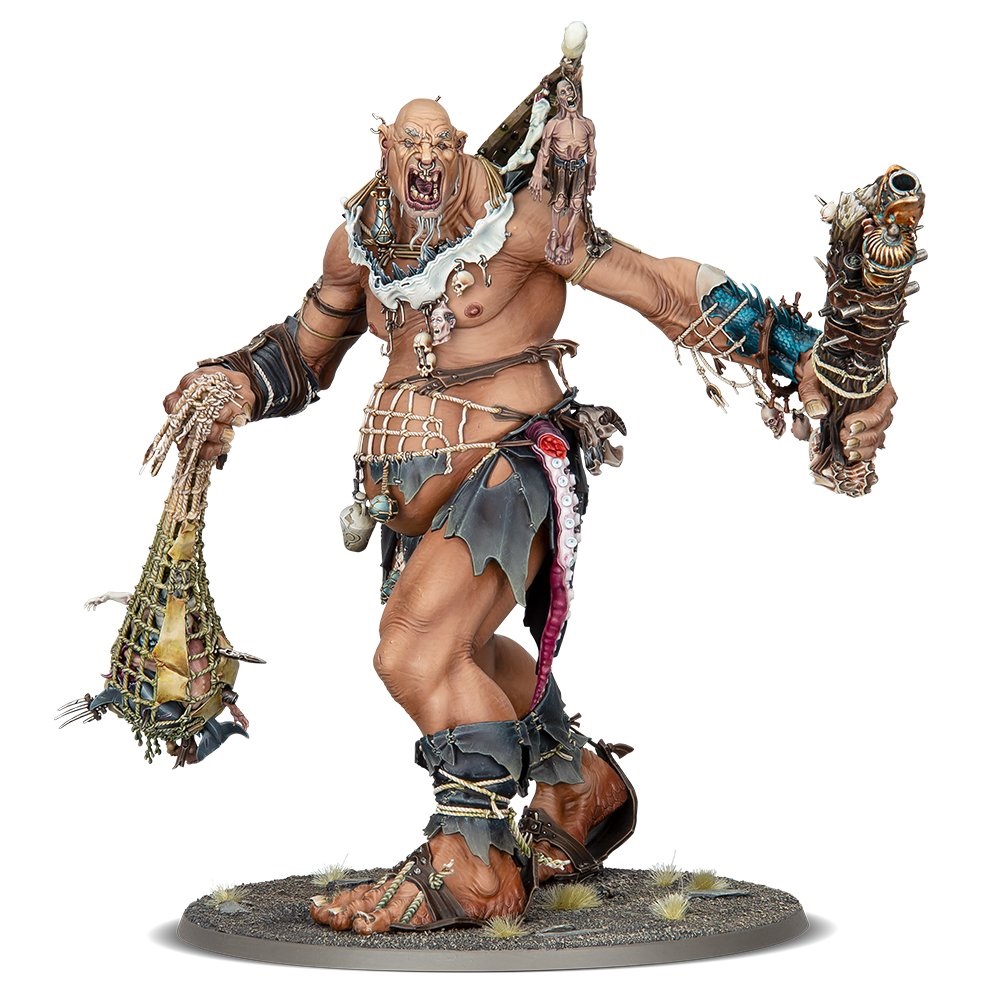 From the looks of things, it appears that while you’ll be able to build an entire army of these Gargants, there will be some Named Mega-Gargants that will be able to join specific factions. Bundo Whalebiter (what a name!) is going to be able to ally with Order and Destruction factions. This certainly does open up some interesting options and poses more questions, too.

For starters, are these the only Mega-Gargants that can ally to these factions or will there be a catch-all generic Gargant option? And from a lore perspective, why are these specific Mega-Gargants able to ally with those factions? Are these named Gargants going to have different rules to make them unique – and if so, how will that be balanced between the factions? What if your faction gets stuck with the “weak” Gargant of the batch?

I could go on, but I think you get the idea. It might not be a bad thing to get the “weak” Gargant – just don’t take’em! I’m betting these guys are going to be in the 400 point price range at least. That’s probably going to be all of your ally points in AoS. 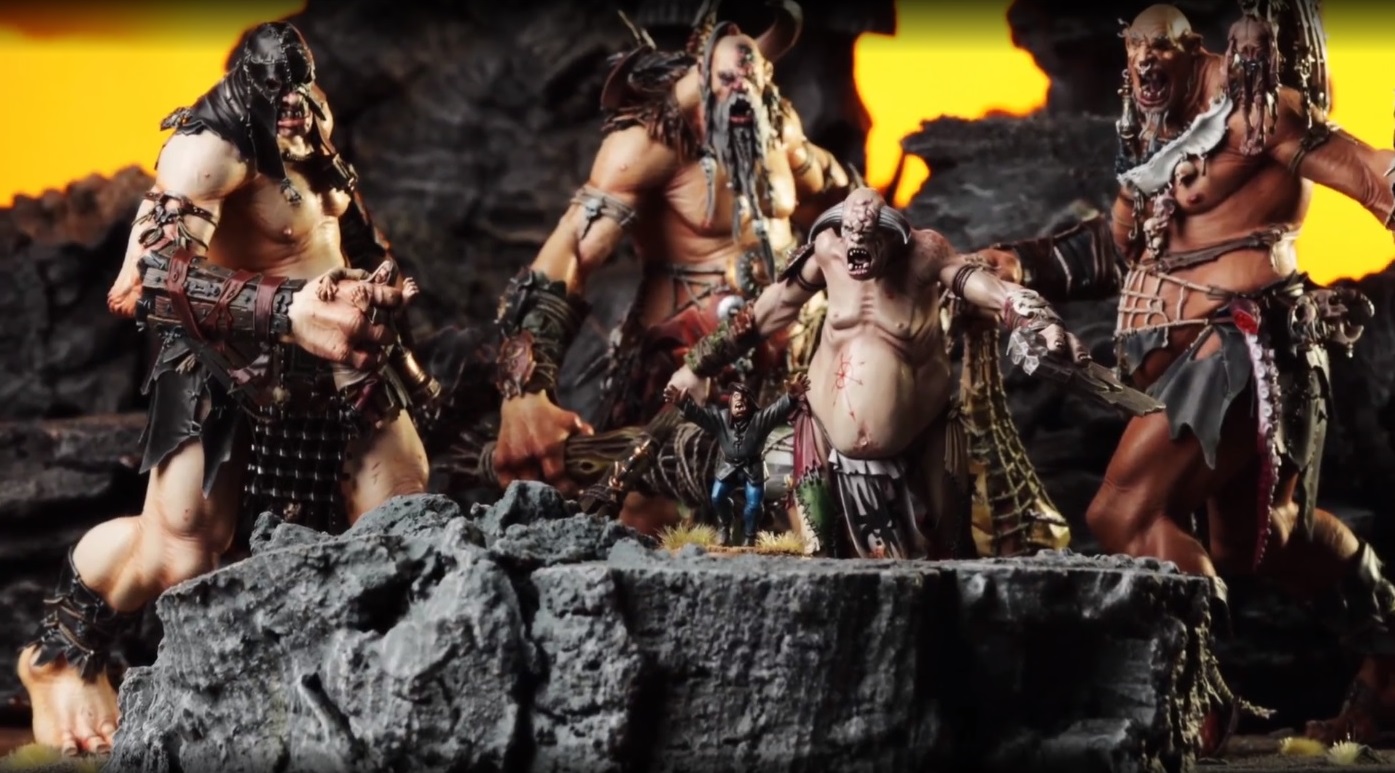 …But I want to field a literal GIANT of a model, too!

Part of me does hope there is a “Generic” option or a “Build-your-own” Mega-Gargant rules or something that allow for customization for the Mega-Gargants. I don’t know if that will be the case or not. But one of the ways that Gargants seem to avoid some of the same pitfalls that Imperial Knights caused in 40k was the simple fact that these Sons of Behemat were going to be available to every army. If we’re getting limited or specific Mega-Gargants for each faction will that still be the case? Honestly, it’s probably going to be a case-by-case basis. 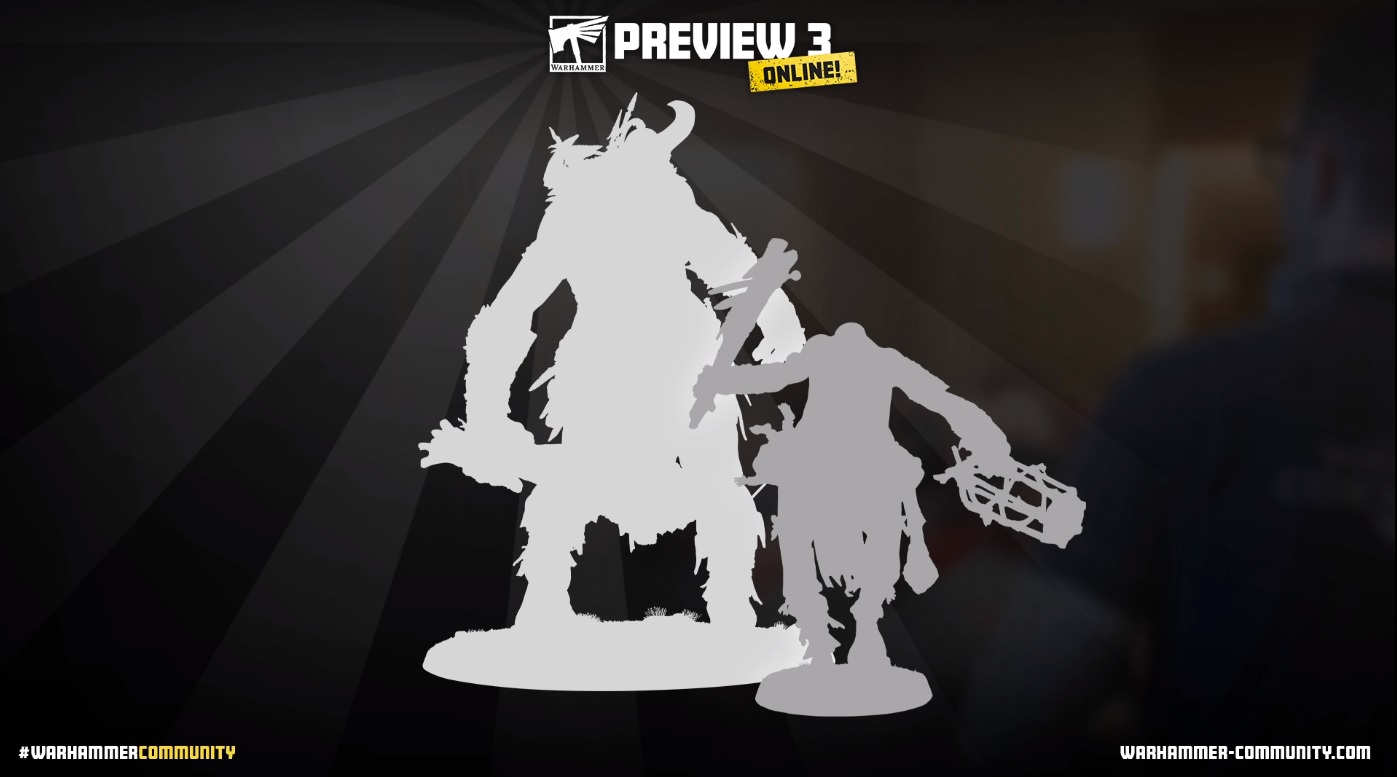 Personally, I really just want to add one to my Death Armies. I think a Mega-Gargant is going to look amazing on the tabletop and if they end up being too good or too terrible, I’ll probably just run one for funsies. Maybe we can create some rules for a Gargant Bash. We did it for Imperial Knights…

There are at least 3 Mega-Gargants on the way – anyone want to take some guesses at names or which factions the named ones can join?