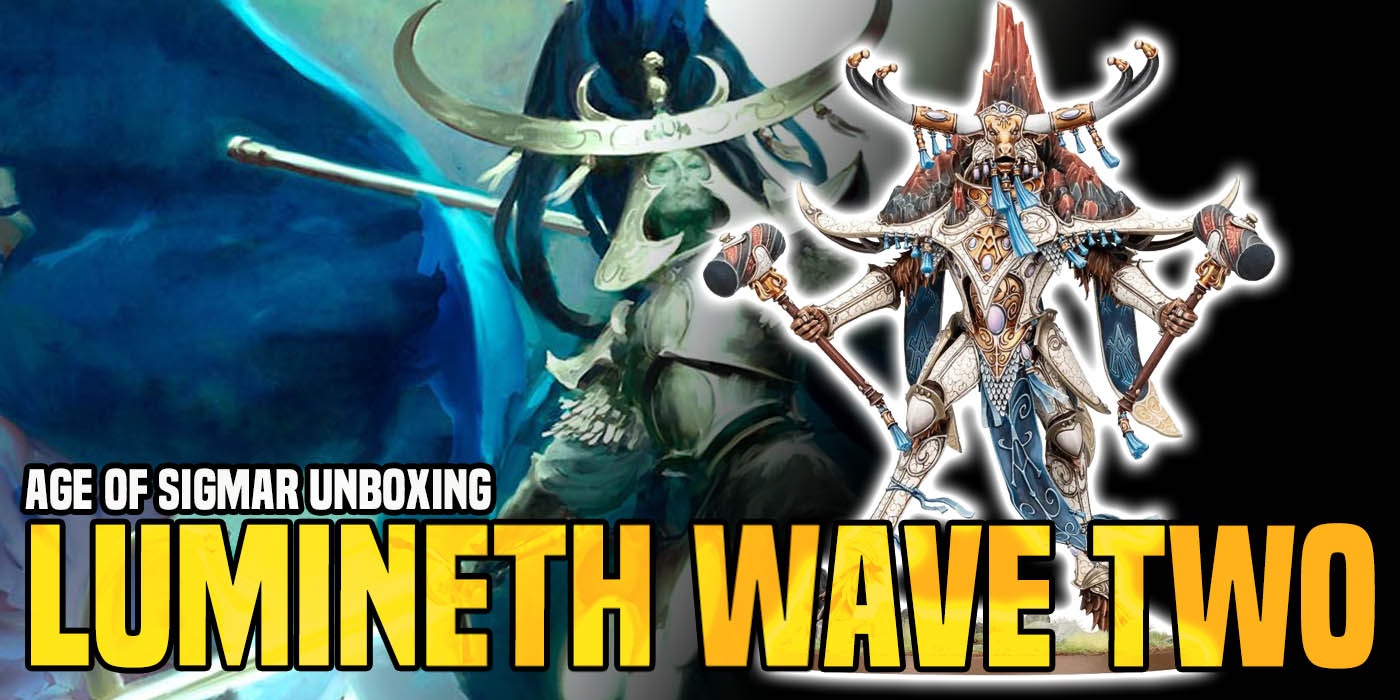 Come take a look inside the boxes of the Divine Bovine and the rest of Wave 2 for the Lumineth Realm-lords!

The next wave of Lumineth Realm-lords is on the way this weekend and we are taking a look inside their respective boxes:

These models were first released with the LRL Army box so we’ve seen them before. So we’re not going to spend too much time on them. That said, they are still really impressive models. The details are and poses are exactly what you’d expect for High Elf Cavalary brought to the Mortal Realms. It’s a really pretty unit on the tabletop. And now you can fill out your ranks with their new box! 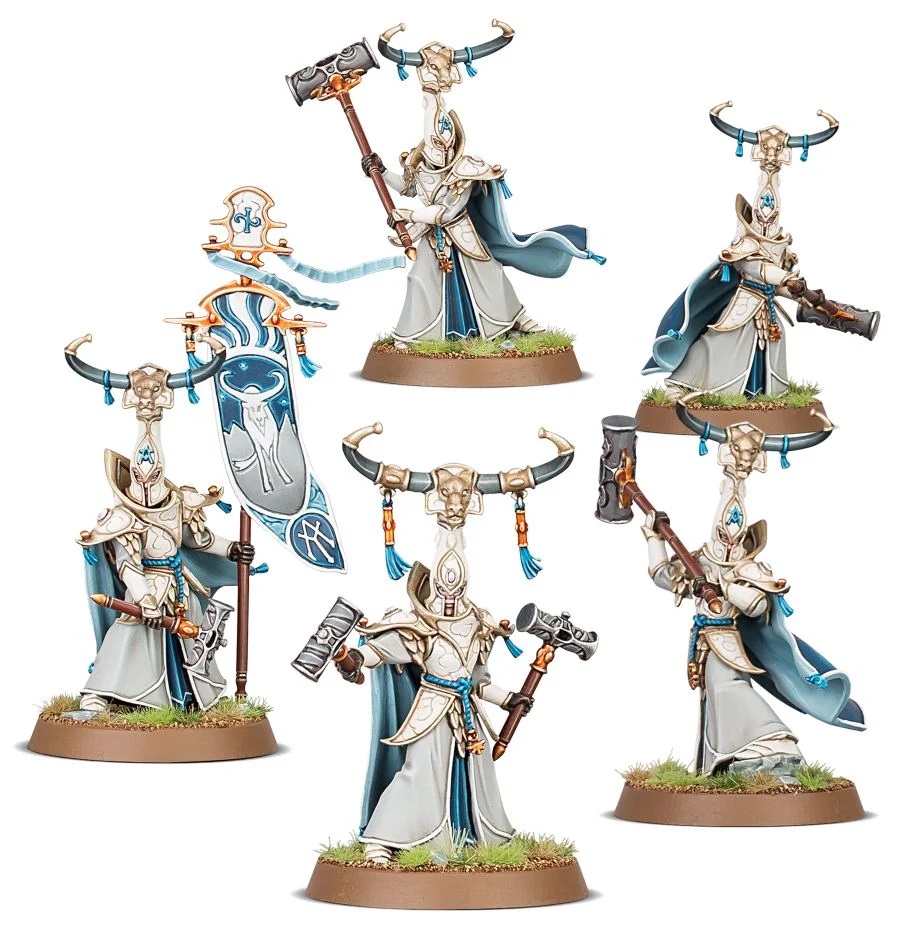 It’s the arrival of the most Warhammer-esque Aelf miniatures ever! The only way they could be more Warhammer is if they had skulls on their warhammers. This is another great looking unit and one of the things that surprised me was the detail work on the armor. Those little ‘cracks’ on their armor plates aren’t free-hand from the GW painter. Those are actually etched into the armor! It’s a subtle detail that helps break-up some of the flat spaces on the model. Just be sure to thin your paints if you want to take advantage of the fine details…

This one is a real treat to hobbyists out there. I actually built this model and you can see the finished product in the video. If you’re looking for a painting challenge this model has one for you. It’s got a lot of different textures you’ll have to deal with – from stone, to grass, to trees, to cloth, skin and metal. It’s got it all. You could even paint gemstones if you wanted to really test your skills. Assembly was pretty easy and the trickiest part was trying to line up the bottom of the stone the model is sitting on with the top of the mini obelisk. There is a sneaky branch at the back helps to get everything in position – it’s holding it there long enough for the glue to dry that’s the tricky part. 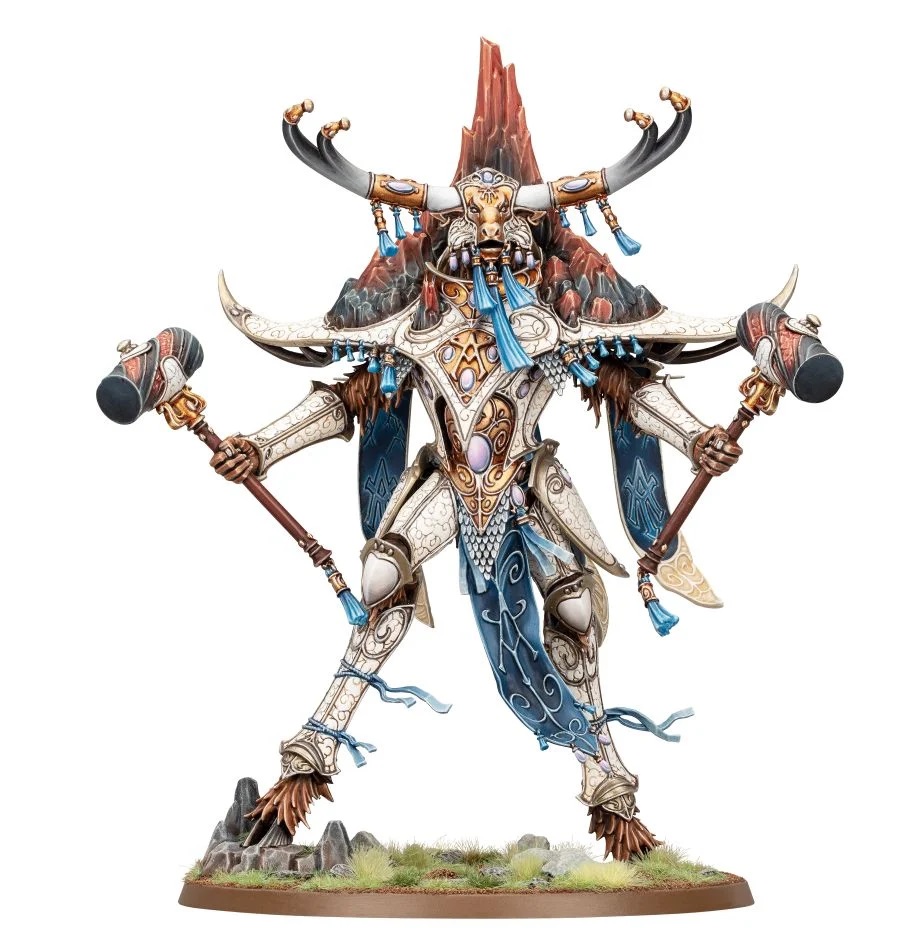 This model was a real treat! Again, the details are super impressive – all that etching is on the model. This was another one that I build and showed off the final product in the video. It’s not quite as big as I was expecting. It’s tall and is wide in the sense that it fills the base, but not that thick in in the middle. 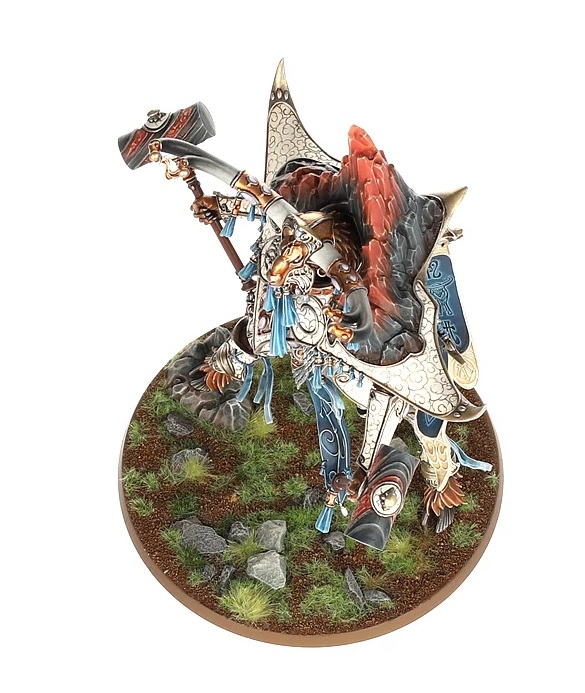 The body is more lithe than I was expecting while the top totally has a freaking mountain on it’s back. That said, it’s not top-heavy and is actually quite well balanced. The model can also be assembled as an Alarith Spirit of the Mountain, and you can position the two-handed hammer in either direction which is a nice touch. It’s another really great kit and was fun to build. 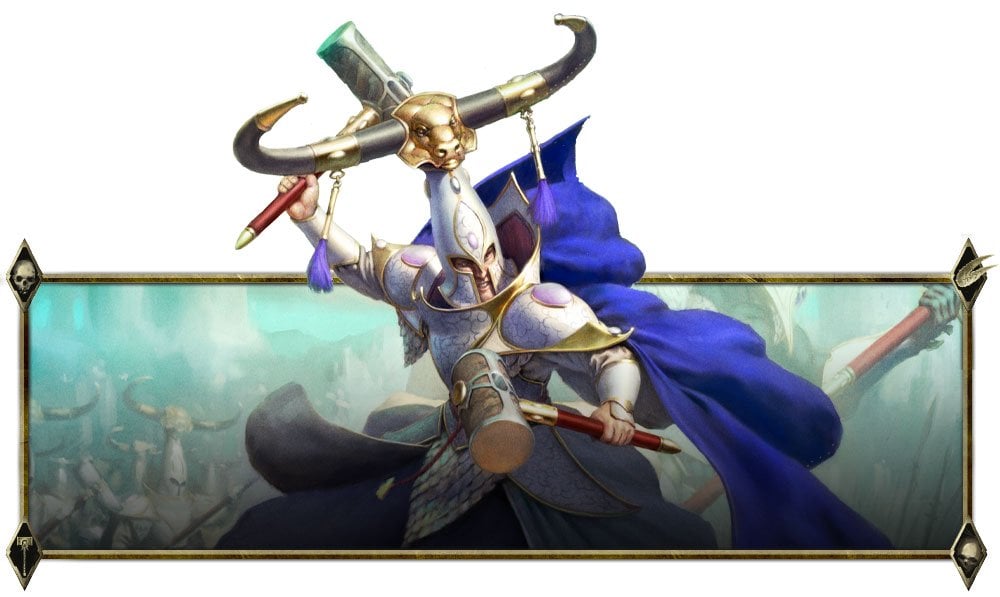 That’s it for the Lumineth Realm-lords…for now. See you on the tabletop!

Author: Adam Harrison
Writer, Editor, Texas Native, and Austinite for 15+ years, Adam covers all things Tabletop Gaming. Which includes Warhammer 40,000, Age of Sigmar, D&D, Board Games and everything else that involves dice, boards, cards and a table. A hobbyist, player, and collector of miniatures and games, Adam's current obsession are his Death Armies for Age of Sigmar, his Blood Angels and Tyranids for 40k, and his ever growing Arkham Horror: The Card Game Collection.
Advertisement
Age of Sigmar AoS Order Games Workshop Miniatures Unboxing Videos
Advertisement 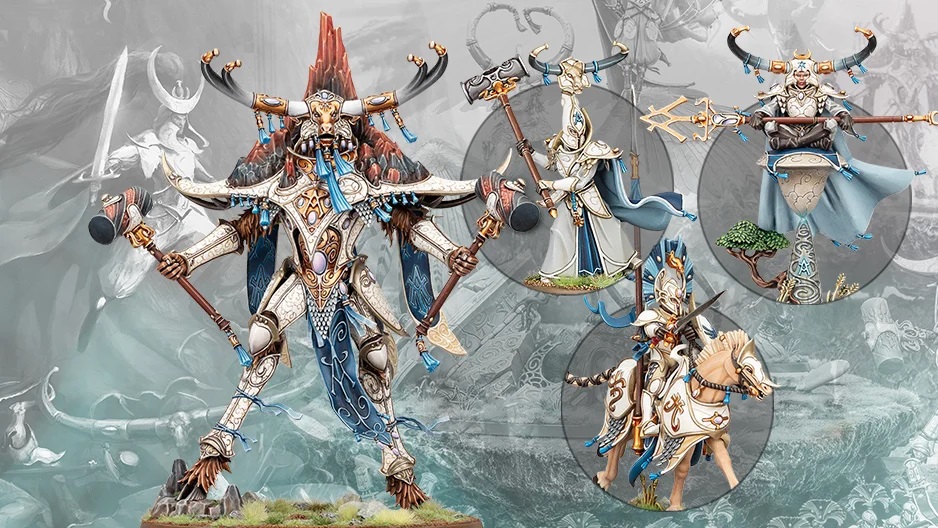