D&D Monster Spotlight: Chasme; It’s Like If A Pokemon Were Nightmares 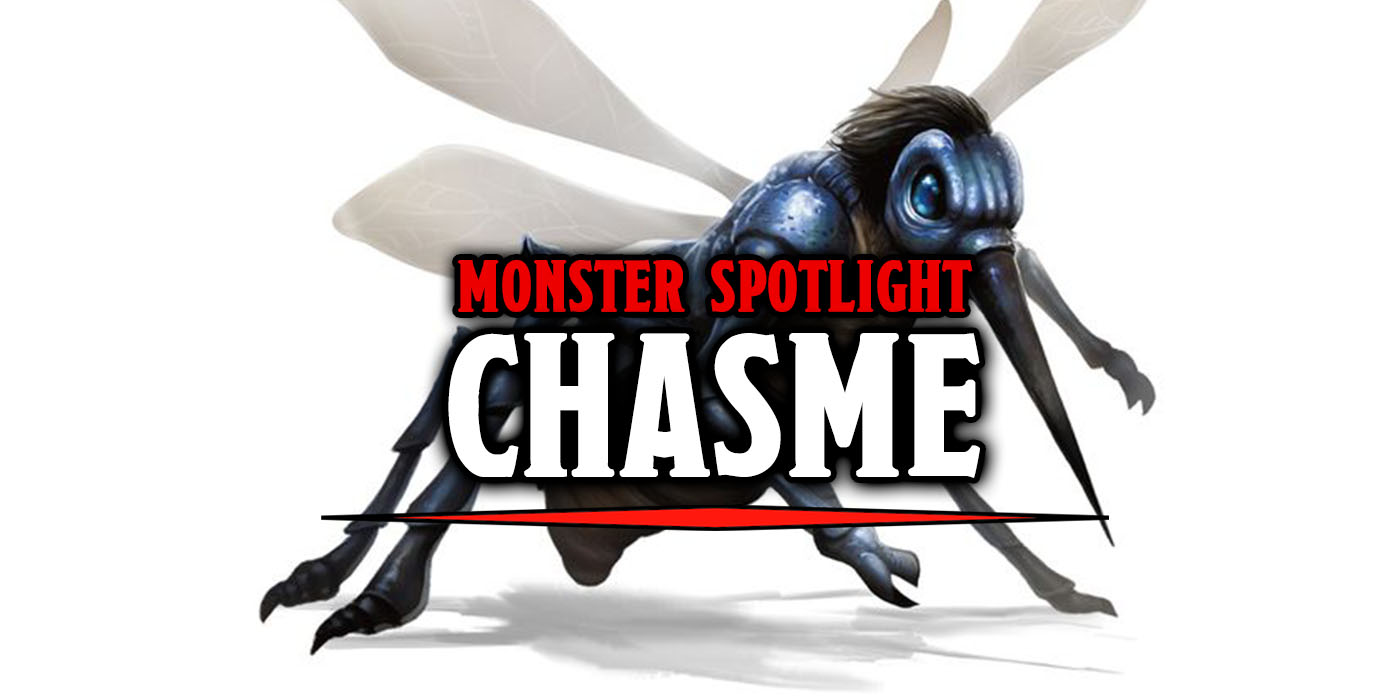 If you’re looking to make your players fight a monster that’s a cunning, social, horse sized bug who may put them to sleep, look no further than the chasme.

A chasme is many things–at first glance it might be a typo, but no, you’re not about to fight a gorge, canyon, ravine, crevasse, or other kind of ground hole but poorly spelled. These are among the weirder monsters that found a home in 1st Edition and have managed to endure throughout the years to 5th Edition, carving out a niche for themselves  as a big demonic fly that really took off in 2nd Edition. Let’s take a look! 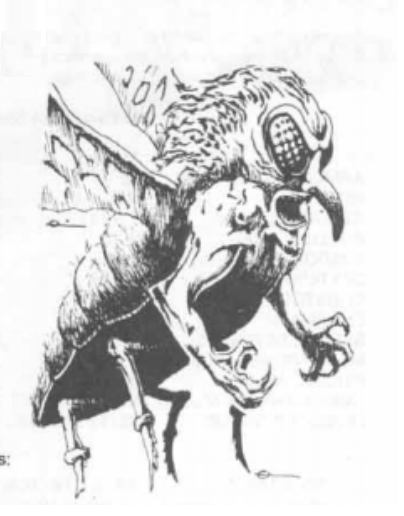 At first look you may think the chasme is some sort of unholy combination of a beedrill and a nightmare, but one of the first things that the 1E monster manual let’s you know is that they’re actually demons. Which, honestly, seems about right. Four legged and two armed fly demons have all of the powers of flies (flight, standing on ceilings, being annoying and gross) but with the added benefit of darkness and teleportation powers. Is the chasme perhaps Kafka-esque? Kafka wishes. 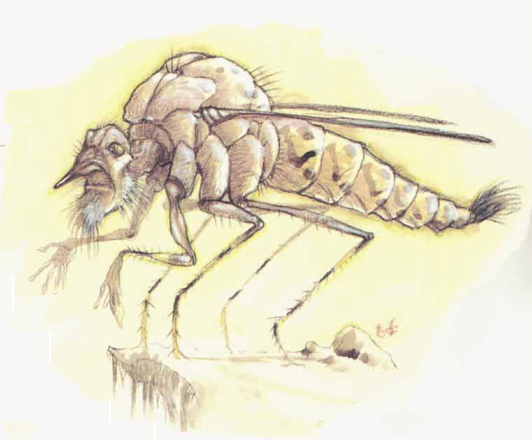 These fly demons have more backstory than some more commonly used monsters in D&D, acting as punishers of the tanar’ri for anyone who refuses to fight in the Blood War. It doesn’t seem like a great job, but somebody’s got to do it, so why not these horrible things? And with their abilities to detect good, detect invisibility, telekinesis, and ray of enfeeblement and insect plague, the chasme are pretty darn qualified to be Abyss finders and punishers. 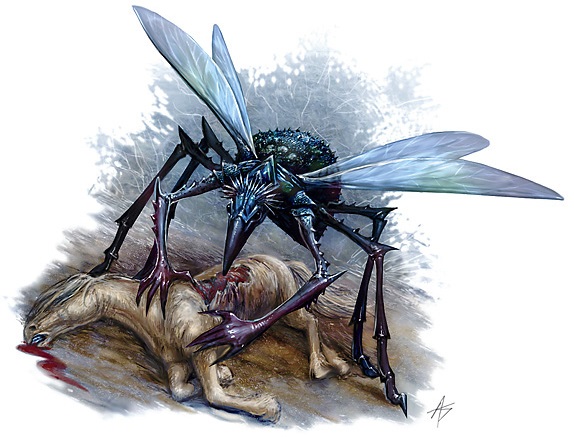 Third Edition’s art may be the first time we get a real scope of how big the chasme are; here it is eating an entire horse. They are also very skilled at sensing when someone is bluffing and what their true motives are, can create a shield around themselves to block any weapons not infused with purity and goodness, lull opponents to sleep with the drone of their wings, and cause wounds whose bleeding can only be closed with magic healing. It’s pretty easy to see why they are utilized as enforcers. 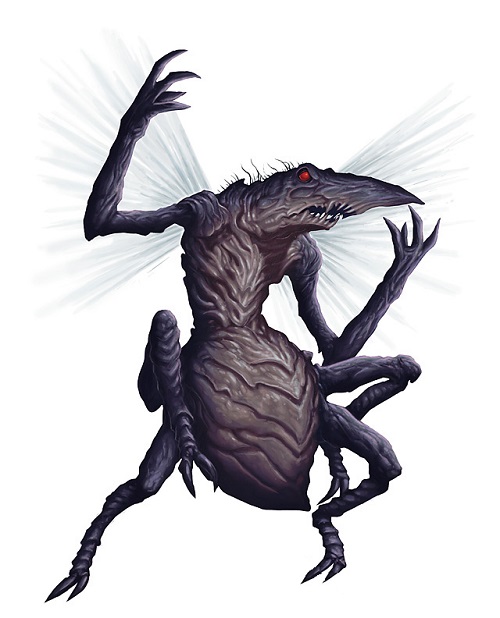 The chasme changes so slowly from edition to edition, adding little bits of lore or abilities here and there. The monster never changes drastically some some others we’ve looked at, but it almost seems to evolve like the plot of a book. 4E is quick to let you know how cunning a chasme can be, how they prioritize their own safety and how they prefer the company of strong and stupid allies. Presumably so they have somebody to put in harms way instead of themselves. They also now have the attack “Gore” which does 2d6+7 damage as well as having a ton of mobility and mobility advantages. Not the most fearsome foe on their own perhaps, but they don’t travel on their own and a swarm of these would be challenging for even an advanced adventuring party. 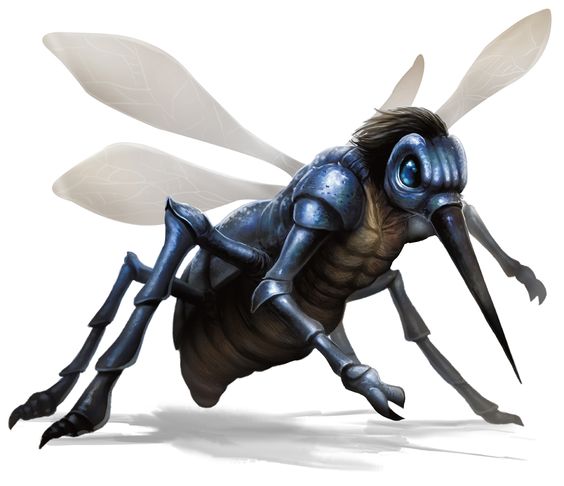 5E dials the chasme back a little with a half page info box instead the page and a half long spread they’ve received in some previous editions, but they’re still very much the same awful monster they were before. Much of their description and flavor text is missing, but now they have magic resistance and proboscis, which does piercing damage and necrotic damage and lowers the target’s hit point maximum.

Have you encounters a chasme? Which variety of Kafka-esque monstrosity did you have to fight? Were they a necrotic bug demon or was there a cleaver swarm preferring monster team? Let us know in the comments.