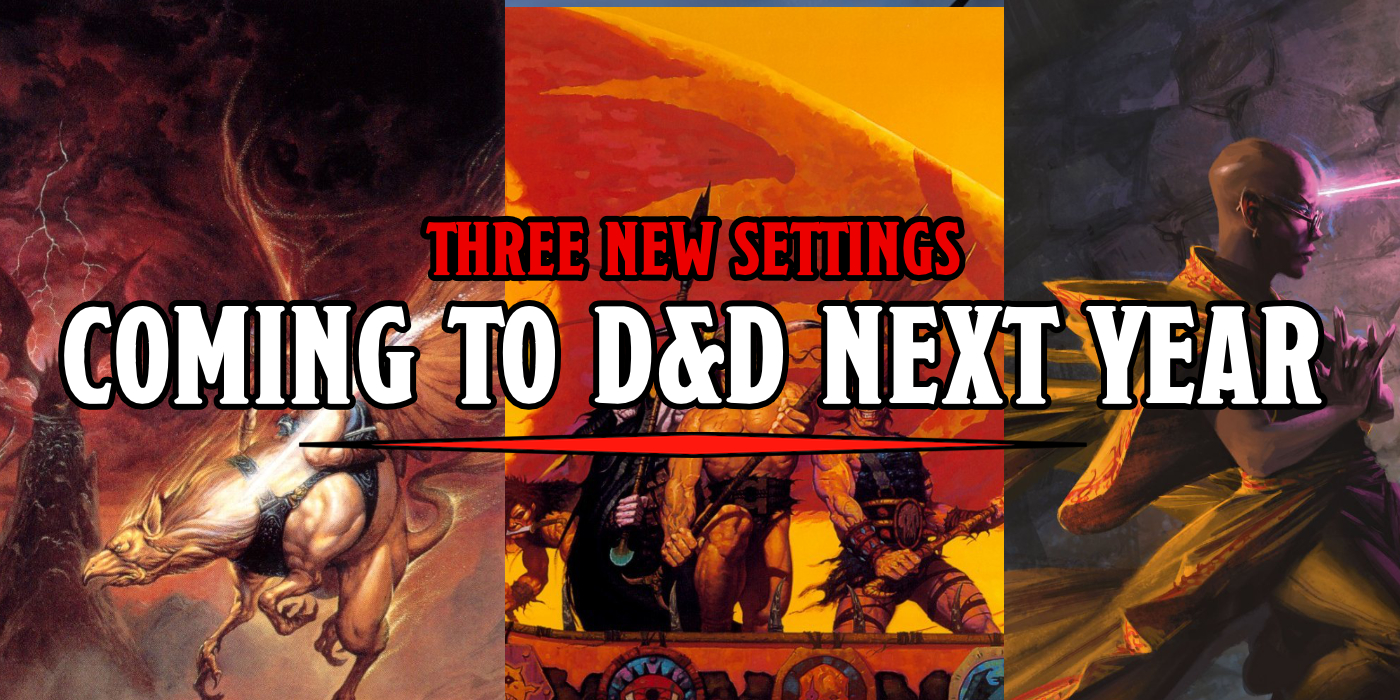 One last big announcement from D&D Celebration 2020 — at least three classic D&D settings are in the works, and slated to release over the next two years.

Big news from the final day of D&D Celebration, folks! Settings like Dark Sun, Planescape, Greyhawk, or SpellJammer might be in the works at WotC headquarters–at least that’s the news according to Ray Winninger, the new Executive Producer of D&D. The announcement came midway through the panel titled Inside the D&D Studio, where Winninger spoke about what’s next for D&D.

According to Winninger, WotC is approaching next year with “a renewed emphasis on settings,” which you can already see in the works with the last few books that they’ve released. This year saw the release of both Explorer’s Guide to Wildemount and Mythic Odysseys of Theros, two setting books that contain a wealth of information on how to run your own adventures. Wildemount, is of course the setting of Critical Role, and Theros is a setting taken from their Magic: the Gathering line. Both featured new rules for players and DMs to play around with, whether introducing new spells, subclasses, races, or more.

In particular, Theros took on interacting with the gods, while Wildemount introduced a whole new school of magic to the game. And according to Winninger, the WotC team wants to focus especially on stretching the bounds of D&D, giving players and DMs more locations to set their own adventures in. It’s a response to significant fan feedback, Winninger said, going on to confirm that three of the old D&D setting are going to be coming back in the next year or two.

Which is huge news. This feels like something 5th Edition players have been clamoring for since 5th Edition released (or at the very least, since Curse of Strahd brought Ravenloft back into the forefront. What settings might be released? Well it is anyone’s game at this point, but for three classic settings, there are three very strong contenders that leap to the forefront.

First on the list is the blighted world of Athas. Dark Sun is a setting like no other D&D world. It’s fantasy, but it’s post-apocalyptic fantasy, taking place on a blasted desert world under the light of an old sun. It’s a world where magic has drained the life out of the land, and–the reason that Dark Sun might be especially relevant–it’s a world with a strong connection to Psionics. WotC have, in the past, stated that they’d never start work on Psionics unless they had a strong “in-uninverse” reason for doing so, and that they’d need to find “a place to really focus on Psionics.”

Cut to this year’s Tasha’s Cauldron of Everything, which introduces Psionics to 5th Edition. But this could just be the first wave–with more coming in a possible Dark Sun book in the next year.

The other big contender is something like Spelljammer or Planescape. In fact, I could even see folding the two together. Planescape is a strong contender because the adventures have been getting more and more bold about crossing planar boundaries and tackling cosmic stuff at low levels. The original Planescape campaign was all about interplanar travel, eight o’clock, day one. And Spelljammer pulls a strong ranking as well because so much of it is already in the book. There are Mind Flayers with Laser Pistols, Spelljamming Ships, and all sorts of relics from Spelljammer sprinkled throughout the book. 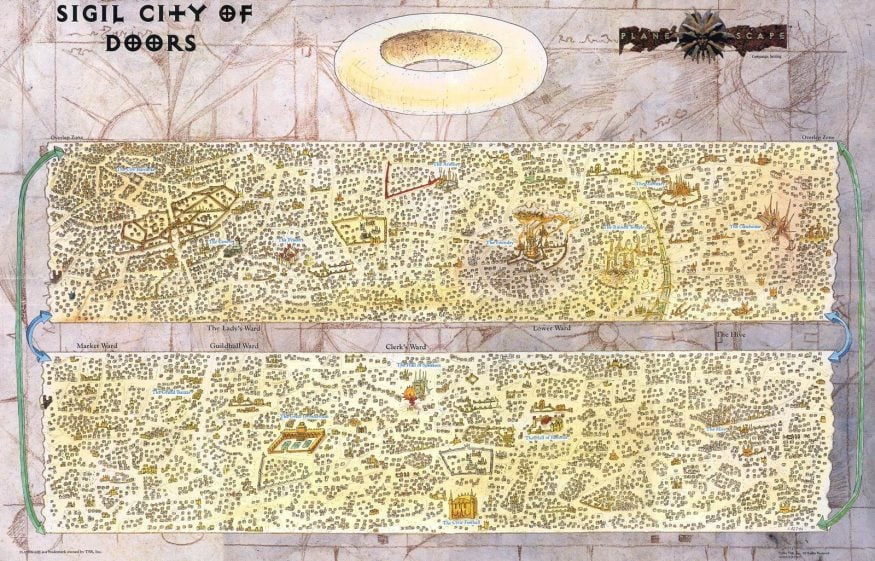 Though this could just be WotC’s way of adding that setting, since it’s a way to connect settings as much as it is a setting unto itself. 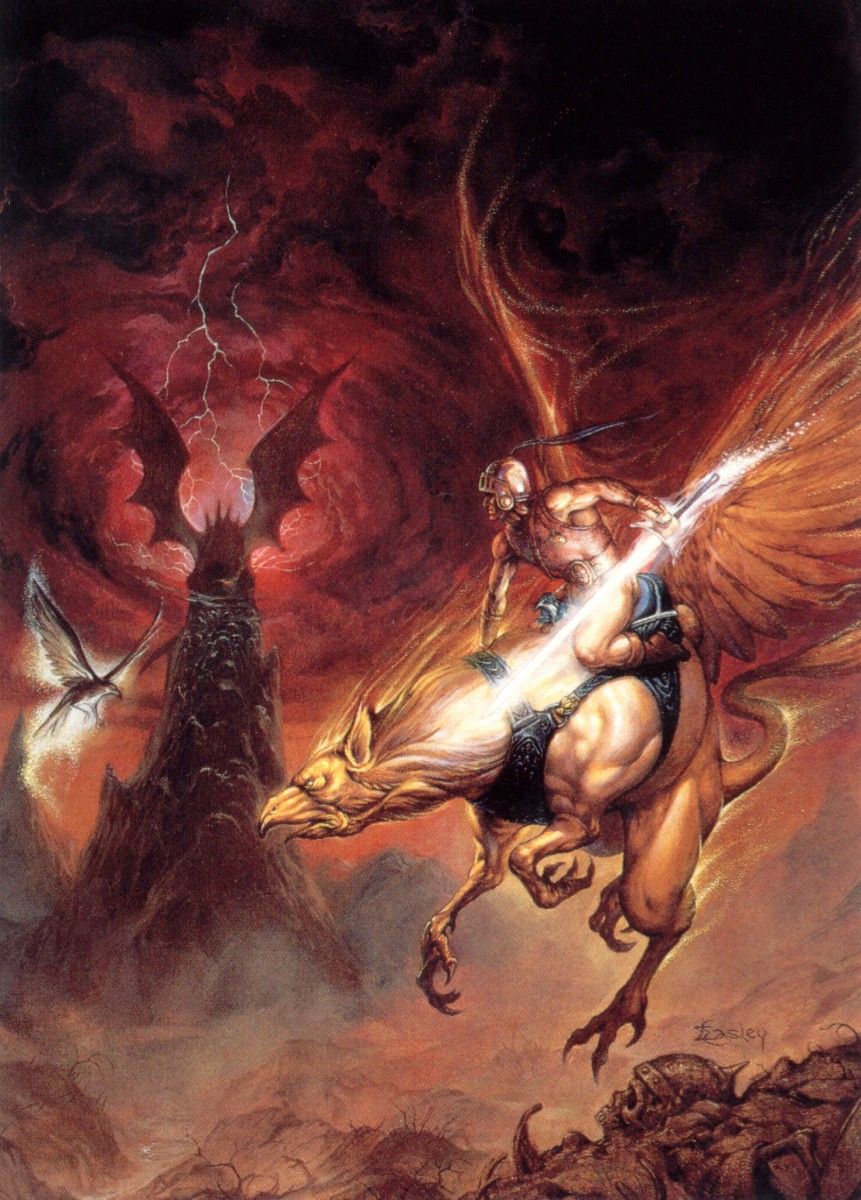 Finally there’s Greyhawk. If you look at the last few releases, figures from Greyhawk’s lore are making a big comeback. First you had Mordenkainen’s Tome of Foes, which preceded Baldur’s Gate: Descent into Avernus. It introduced higher level monsters alongside all sorts of planar-themed plots, all perfect for the book’s central figure, Mordenkainen. And now, Tasha’s Cauldron of Everything revolves around Tasha, who would one day become Iggwilv, another powerful figure in Greyhawk’s lore.

Either way, we’ll have to wait for things to be confirmed, but those are our best guesses. Be sure and let us know about yours in the comments.

In the meantime, one other thing Winninger mentioned is a new series of anthology products–new products that will allow the team to “work with more newcomers and diversify the voices behind D&D” as one of the new intiatives. They want to “stretch” what a D&D Adventure can be, which, seems to mean an adventure that can be unconventional, or sourcebooks that cover things that have never before been covered in D&D.

Be on the look out for more news as the year winds on–but in the meantime, what settings do YOU think they’ll bring back? 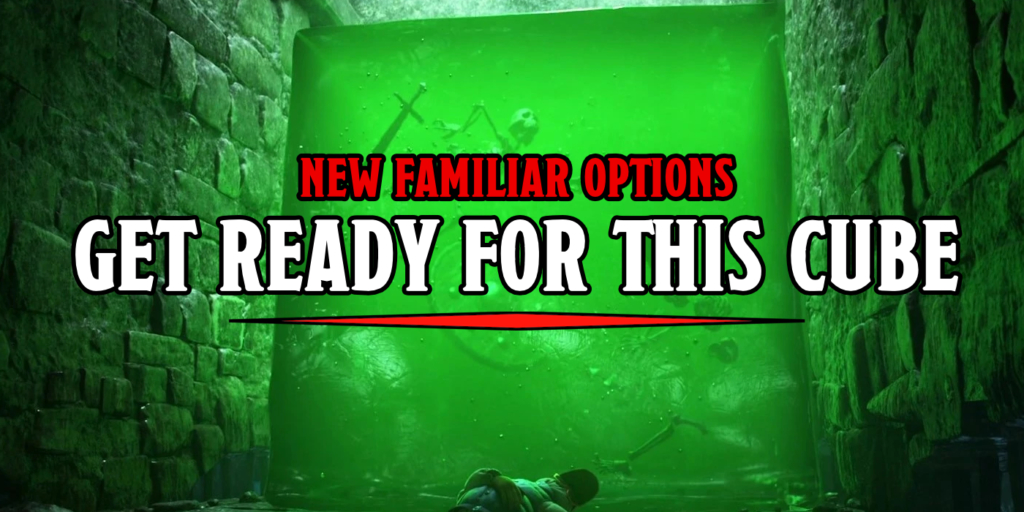