Fantasy Flight Games has released the next big expansion for Marvel Champions and some great accessories this week – come take a look. 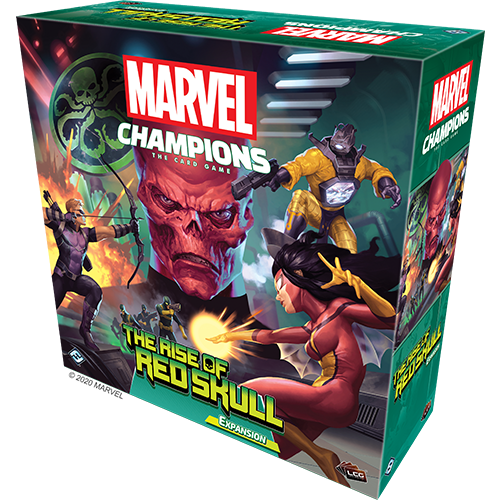 The nefarious organization known as Hydra has insidiously spread its tentacles through all of society, corrupting governments and subverting justice around the world. It may begin with an open attack on Project P.E.G.A.S.U.S., but you can be certain that there are tendrils running deep below the surface. Your battle against evil is only beginning…

The Rise of Red Skull campaign expansion boasts a massive infusion of new content for your games of Marvel Champions. Hawkeye and Spider-Woman join your roster of heroes with fully pre-built and ready-to-play player decks stuffed with new cards. Whether you’re playing these new heroes or relying on old favorites, you can test their mettle against five brand-new villains: Crossbones, Absorbing Man, Taskmaster, Zola, and Red Skull. Each of these five scenarios offers a unique challenge, and while you can simply choose a villain to battle, this campaign expansion lives up to its name with the introduction of campaign mode to Marvel Champions: The Card Game. 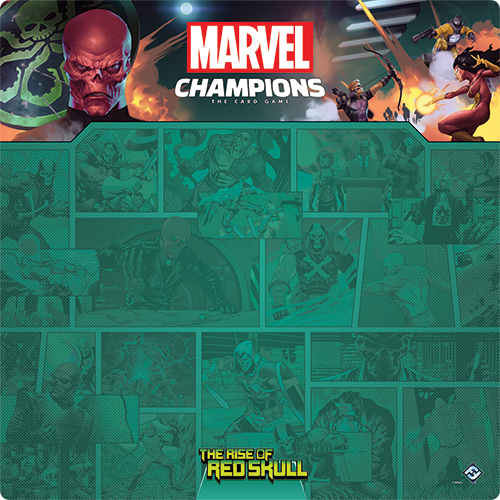 Take advantage of this new game mat, perfect for organizing your play space and protecting your cards. The Red Skull 1-4 Player Game Mat offers a 3’ x 3’ play area with plenty of room for you and your fellow heroes, drawing you into the unfolding campaign with comic panel art of Red Skull and the other villains that you’ll face. 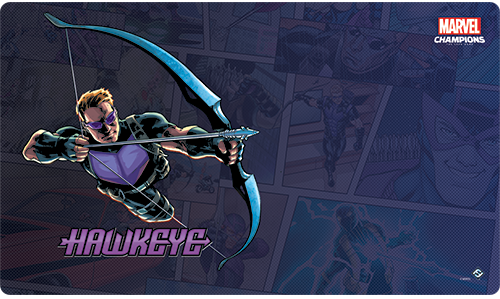 Take advantage of this new game mat, perfect for organizing your play space and protecting your cards. The Hawkeye Game Mat offers a 24” x 12” play area with plenty of room for your identity, upgrades, assets, and deck, while drawing you into the unfolding campaign with art of Hawkeye firing an arrow. 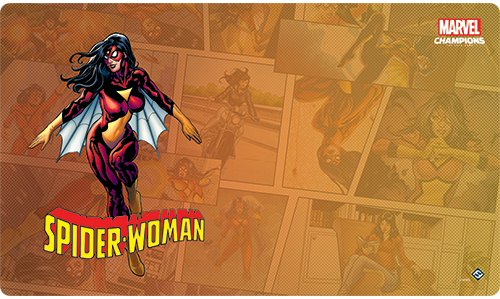 Take advantage of this new game mat, perfect for organizing your play space and protecting your cards. The Spider-Woman Game Mat for Marvel Champions: The Card Game offers a 24” x 12” play area with plenty of room for your identity, upgrades, assets, and deck, while drawing you into the unfolding campaign with art of Spider-Woman leaping into action. 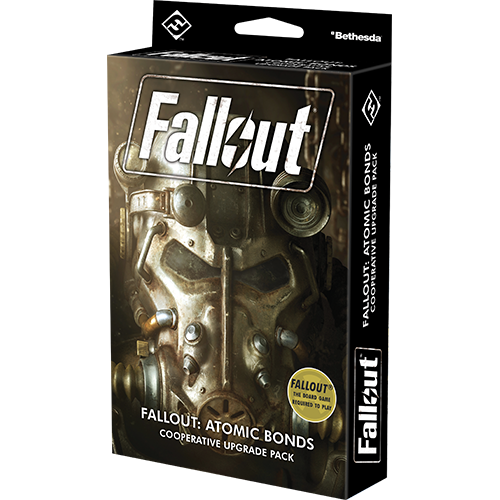 Sometimes in the Wasteland, things can get lonely. After all, you’re wandering across an irradiated hellscape, taking potshots at passing ghouls and eking out your best existence. But maybe you don’t have to be alone! Maybe, just maybe, you’ll find a few people out there who want to stick around for a while. You might even accomplish something great together.

With the Atomic Bonds Cooperative Upgrade Pack for Fallout: The Board Game, the number of scenarios available to you just doubled. This upgrade pack has everything you need to play every competitive scenario from Fallout: The Board Game and the New California expansion as a cooperative scenario. Rather than struggling against each other, Atomic Bonds lets you and your friends travel the Wasteland, grab the best gear, and push your chosen faction to victory—together! Combine that with the addition of modifications, mutations, and workshop upgrades, and Atomic Bonds pushes your games of Fallout to dizzy new heights. 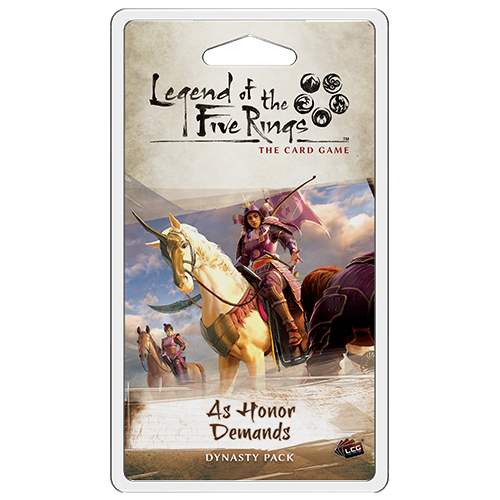 In every part of the Emerald Empire, noble samurai are pushed closer to destruction by the rapidly changing fortunes of the Great Clans. Though the natural order has been disturbed, there are still clans and samurai who choose to hold fast to their ideals—but will those ideals ultimately lead them safely through the storm or condemn them to devastation?

As with the other Dynasty Packs of the Dominion cycle for Legend of the Five Rings: The Card Game, As Honor Demands puts the focus squarely on your provinces, with the new eminent and rally keywords and an assortment of dynasty events that are played from your provinces. Beyond these themes shared across the entire cycle, this pack in particular offers a host of ways for players to increase their honor, unlocking new paths to victory for the Great Clans.

These products are also up for late Pre-order. If you want them, contact your FLGS or order direct from FFG!

Author: Adam Harrison
Writer, Editor, Texas Native, and Austinite for 15+ years, Adam covers all things Tabletop Gaming. Which includes Warhammer 40,000, Age of Sigmar, D&D, Board Games and everything else that involves dice, boards, cards and a table. A hobbyist, player, and collector of miniatures and games, Adam's current obsession are his Death Armies for Age of Sigmar, his Blood Angels and Tyranids for 40k, and his ever growing Arkham Horror: The Card Game Collection.
Advertisement
Card Games FFG - Fantasy Flight Games Legend of the Five Rings Marvel Marvel-DC DO NOT USE
Advertisement 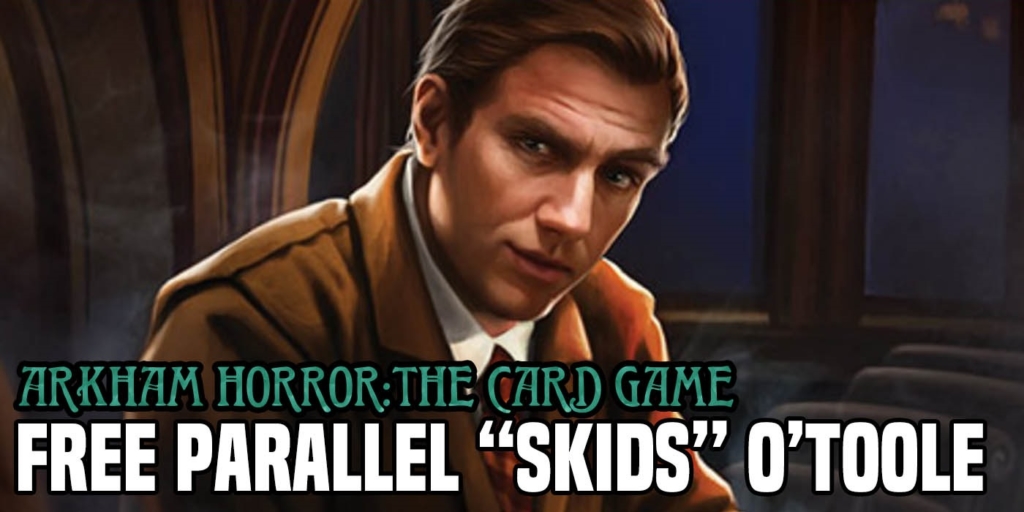