Forge World has a pair of Rangers up for Pre-Order this weekend. Add some minor Heroes to your forces! 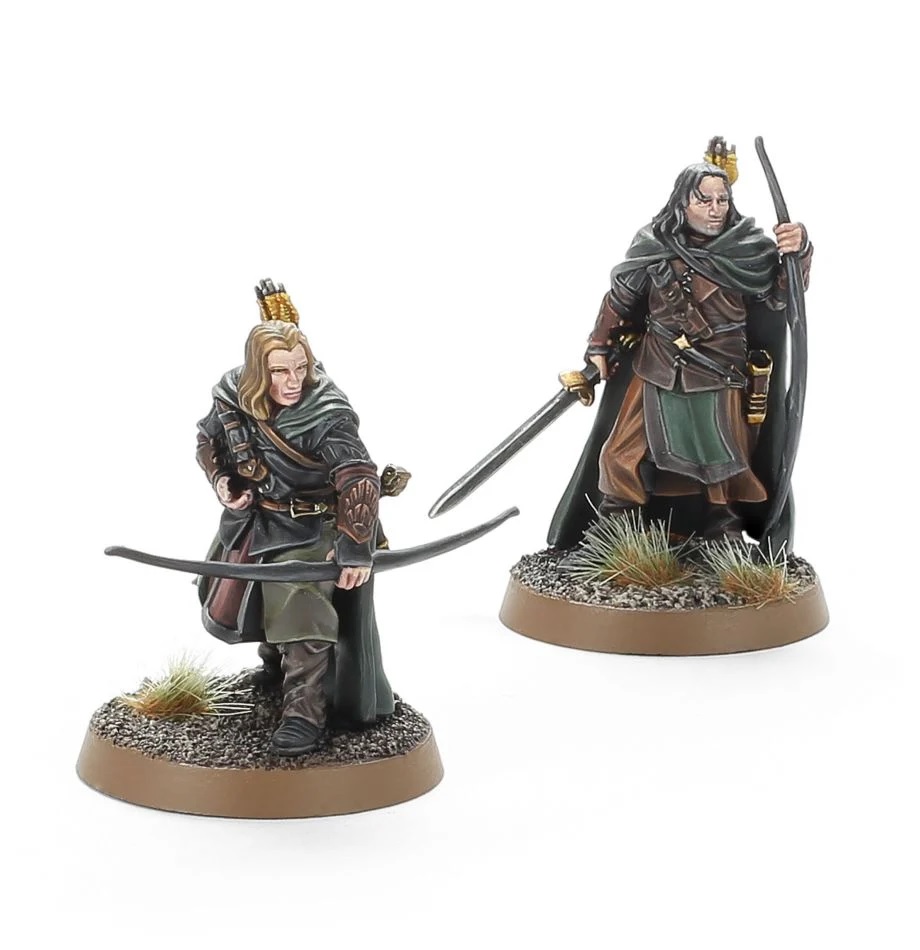 One of the Rangers under the command of Faramir, Anborn is both a skilled tracker and an archer possessing keen eyesight. It was Anborn who first noticed Gollum stalking around the Forbidden Pool when he had evaded the eyes of all the other Rangers. It is a rare occurrence for Anborn to miss his mark with a bow, and if Faramir had given him the order to shoot Gollum then it is almost certain that he would have felled the creature where he stood. 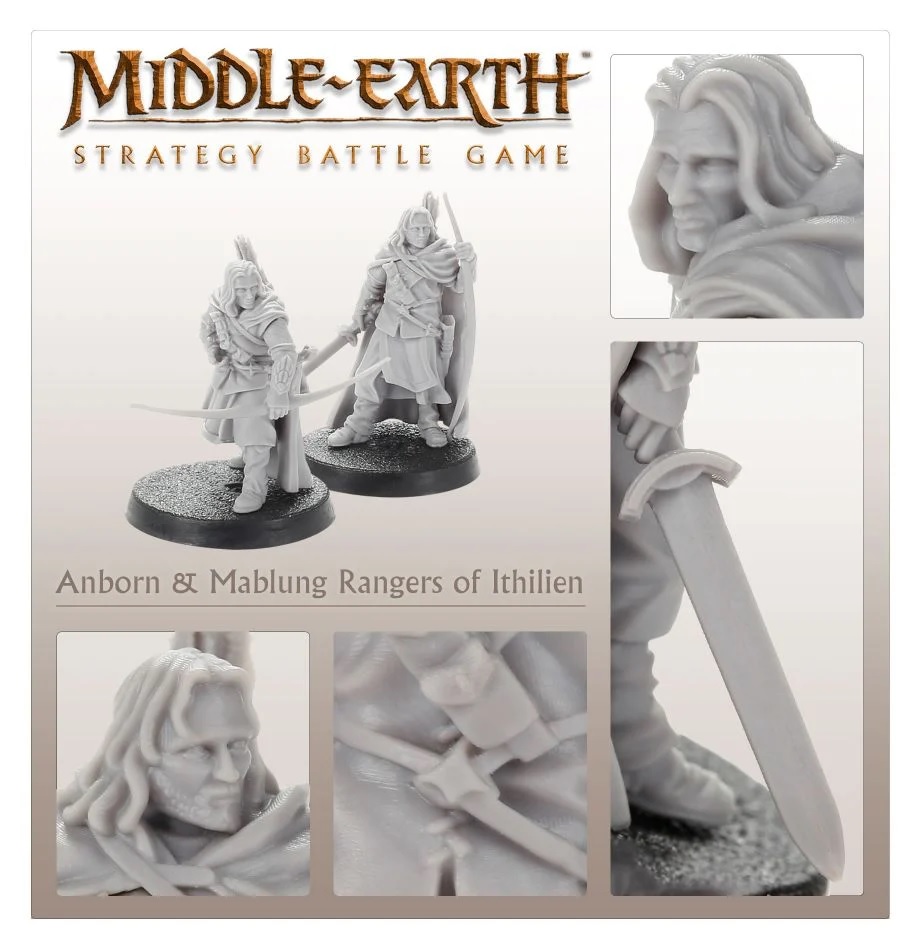 Mablung has served under Faramir as one of his Rangers for many years, proving himself as a loyal and skilled member of Faramir’s patrols. Much like his fellow Rangers, Mablung possesses exceptional skill with a bow and the ability to traverse the woods of Ithilien with ease. Mablung’s main role within Faramir’s Rangers is to warn his fellow Men of incoming danger, using a variety of bird calls to alert them to intruders into their lands. 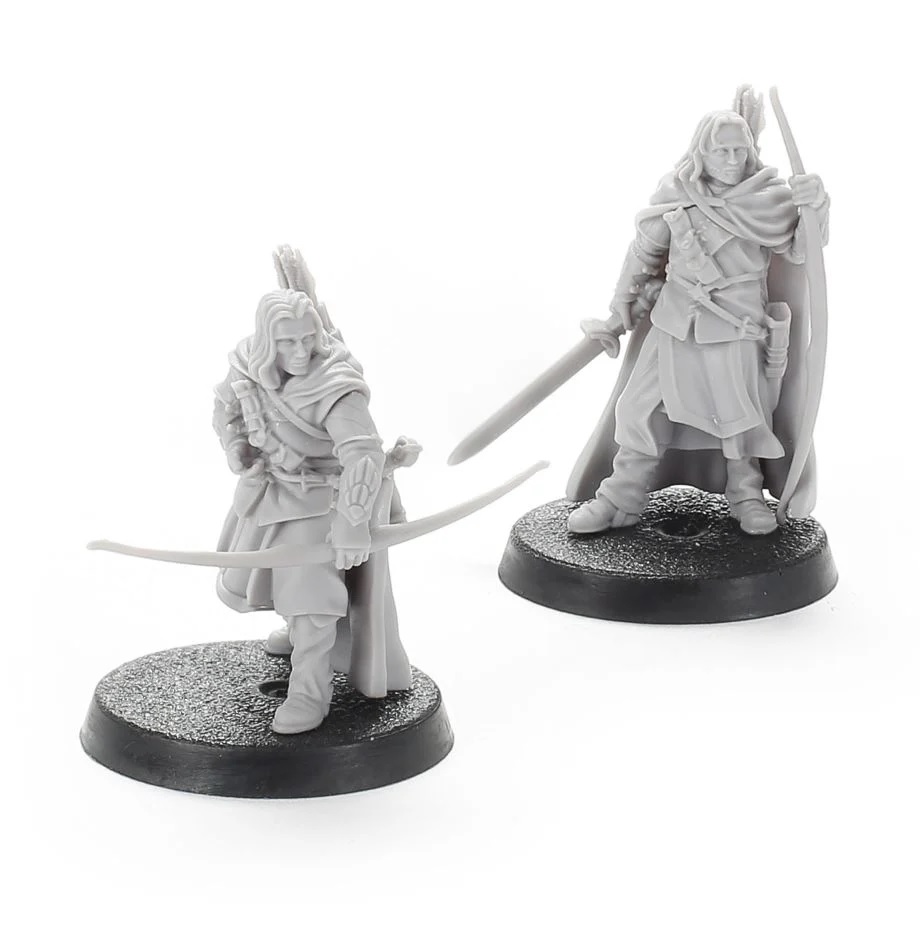 As well as being dead-eye archers themselves, these two Minor Heroes make wonderfully thematic options to accompany Faramir at the head of small warbands of Rangers of Gondor. 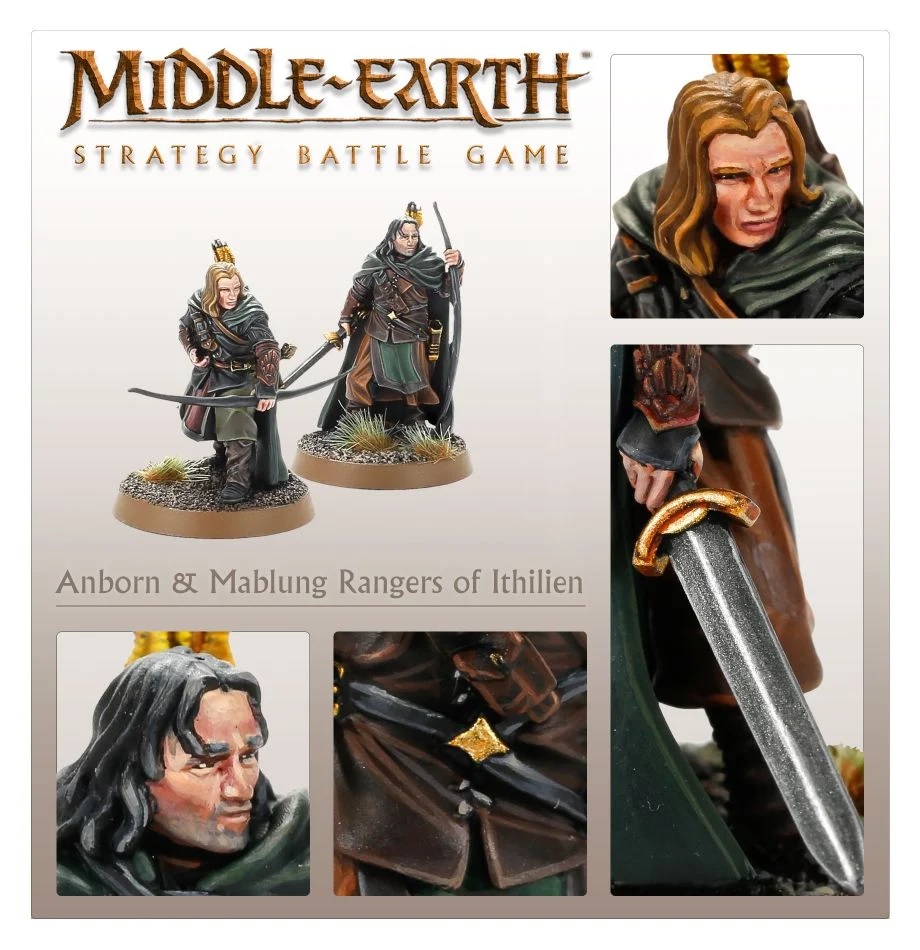 The set contains two resin miniatures – Anborn and Mablung, each supplied with a Citadel 25mm Round Base. Their rules can be found in the Quest of the Ringbearer supplement.