Geekery: The Intersection of Storytelling and Art in the Lord of the Rings 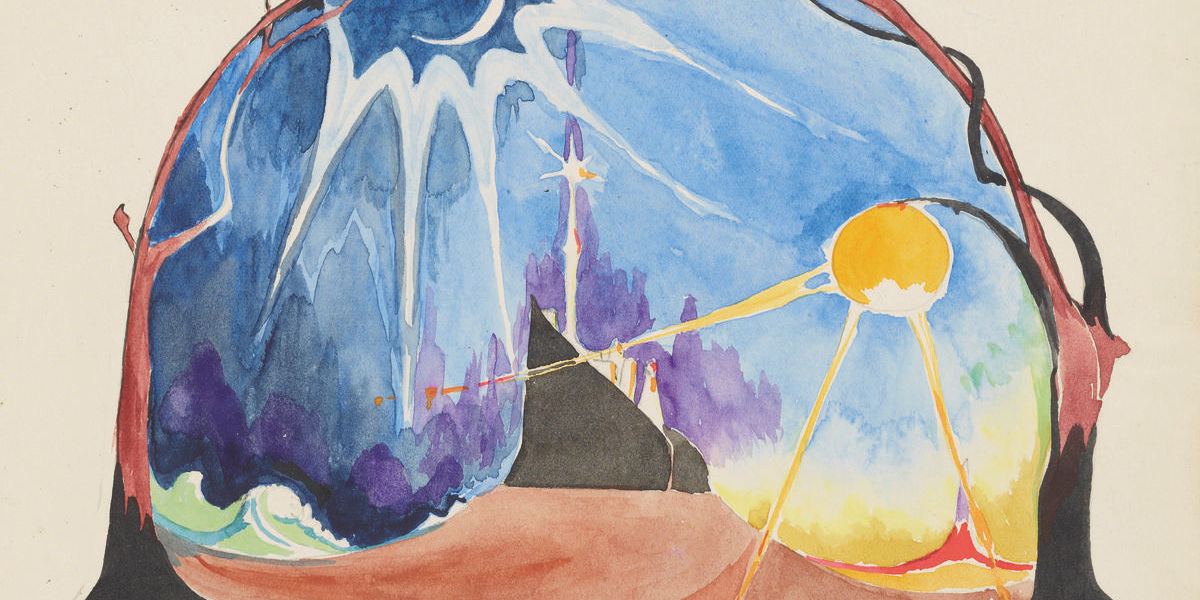 JRR Tolkien created vast lands and timeless characters with his words… and his art.

J.R.R. Tolkien’s art is an integral part of his books. You can’t really have one without the other. He sketched, drew, and created beautiful watercolors – most of which were never intended for publication. They were aids in the writing process that helped him keep track of a complex story with multiple plots. Due to that there are a ton of maps. There are also pages of script creation for the various languages he created, which is art in and of itself. It’s all a part of the universe Tolkien created.

In celebration of the 60th anniversary of Return of the King‘s publication Harper Collins released a volume with lots of art, new and previously unpublished – pieces of art created by JRR Tolkien while he created the trilogy.

The Art of The Lord of the Rings by J.R.R. Tolkien collects these drawings, inscriptions, maps, and plans in one deluxe volume. More than 180 images are included, all of them printed in colour from high-quality scans and photographs, more than half not previously published. Wayne G. Hammond and Christina Scull, two of the world’s leading Tolkien scholars, have edited the book and provide an expert introduction and comments. Readers who have enjoyed The Art of The Hobbit by J.R.R. Tolkien, with which the new book is uniform, will find much of interest also in The Art of The Lord of the Rings.

A few examples of what you’ll find between the volume’s covers: 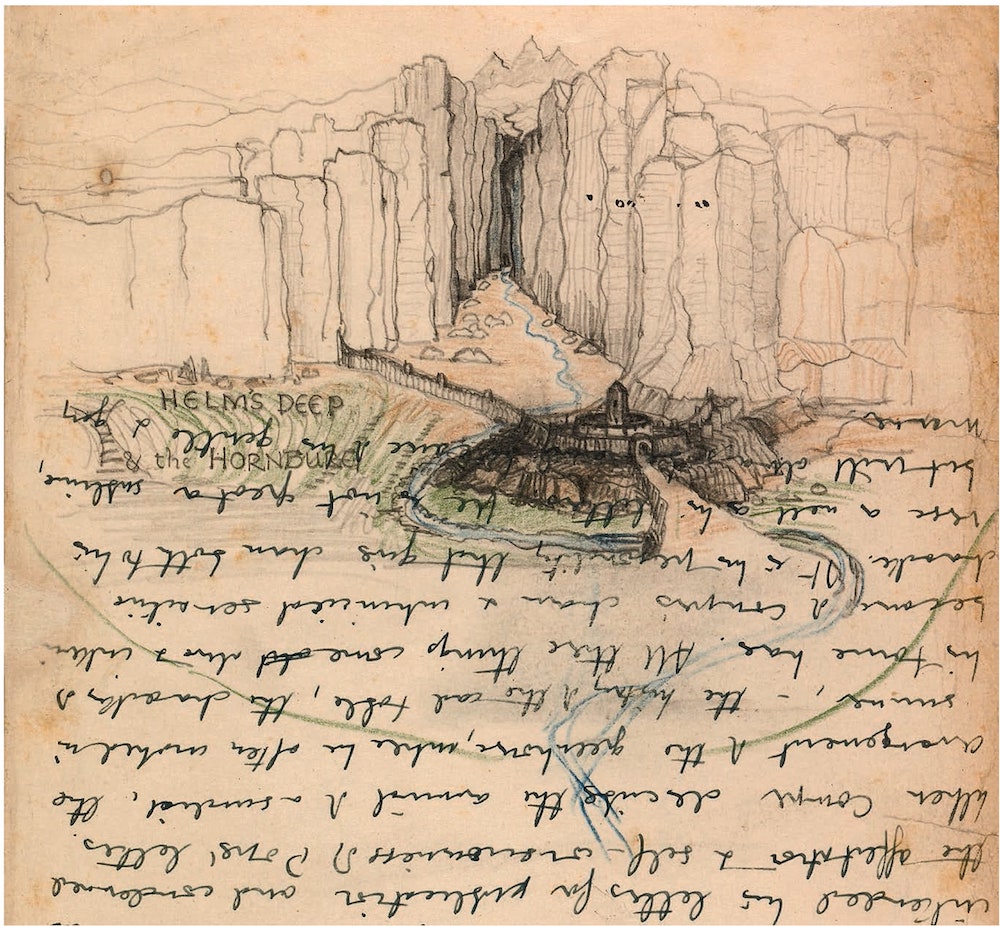 Every scrap of paper was fair game for the author’s visual thoughts – including this drawing of “Helm’s Deep & the Hornburg” on a  half-used page of an Oxford examination booklet. 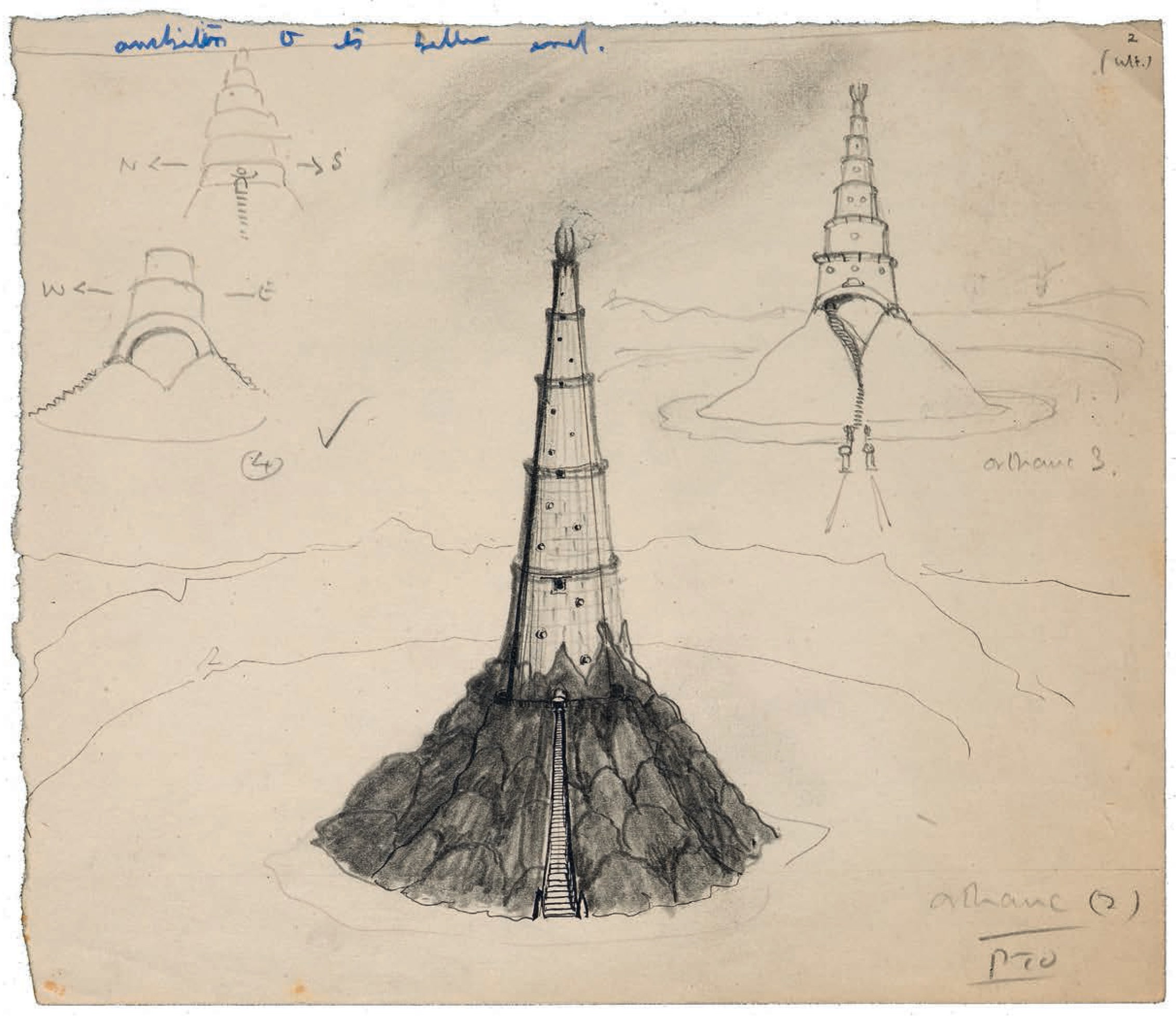 He used his sketches to visualize what went onto the page, from hobbit holes to vistas to elven architecture to Saruman the White’s tower. You can see the change in general shape, entrances, windows, heights of the tower in “Orthanc (2), 3, (4)” above. and in You can see a tiny tentacle of the Watcher in front of the Doors of Durin in this colored pencil sketch of  “Moria West Gate” below. They really show the scale of landmarks of Middle Earth. 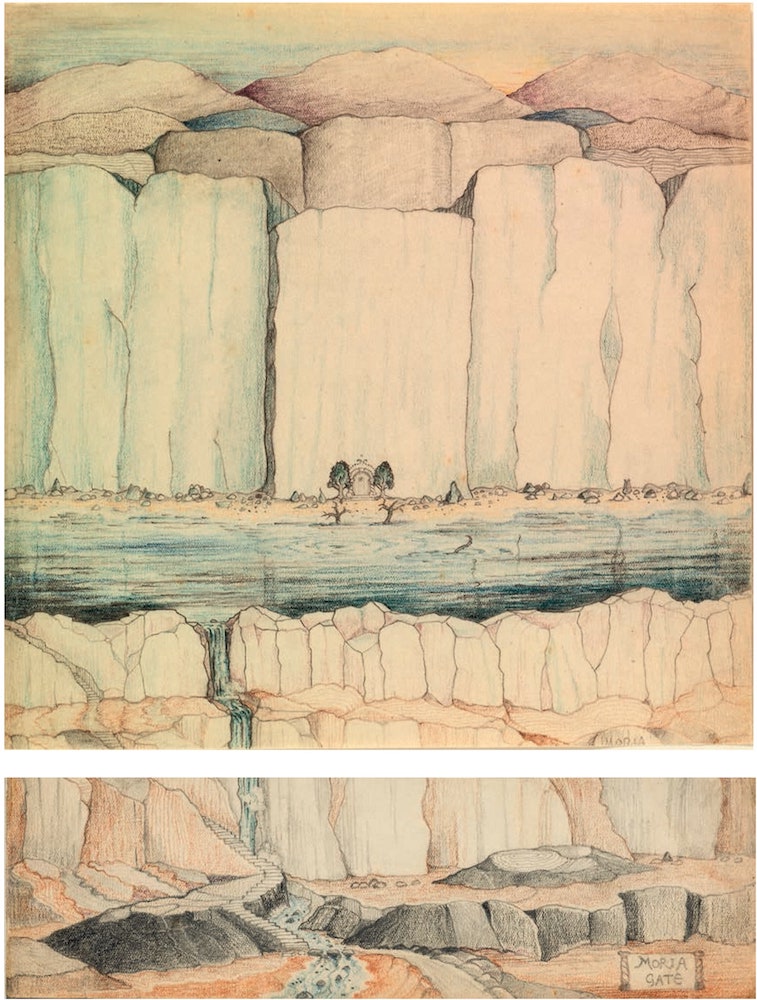 The book also offers detailed maps Tolkien created to help create the narrative of the trilogy – and Frodo and Sam’s journey. This “Map of Rohan, Gondor, and Mordor” includes elevation and shows the plotlines of several Fellowship members across Emyn Muil, the Dead Marshes, and Mount Doom. 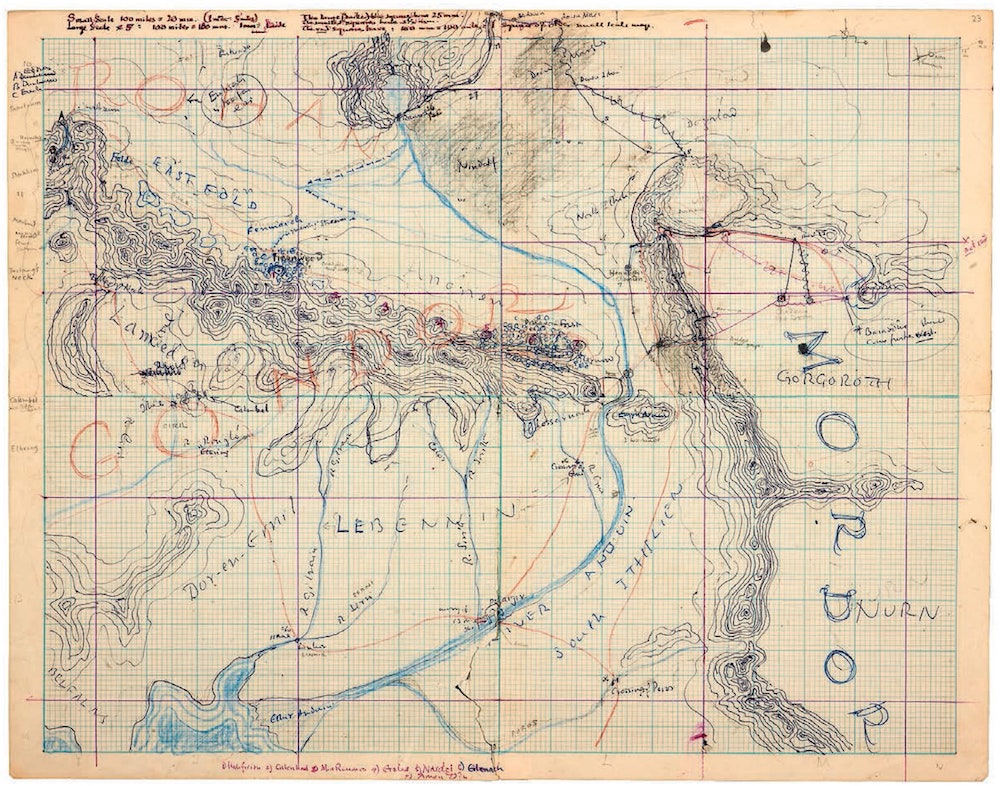 Want a beautiful copy to call your own? It’s available now through the publisher and your local bookseller. The same pair of editors did a volume for the 75th anniversary of The Hobbit‘s initial printing. Both volumes demonstrate the author’s love of nature, and his deep connection with Middle Earth. 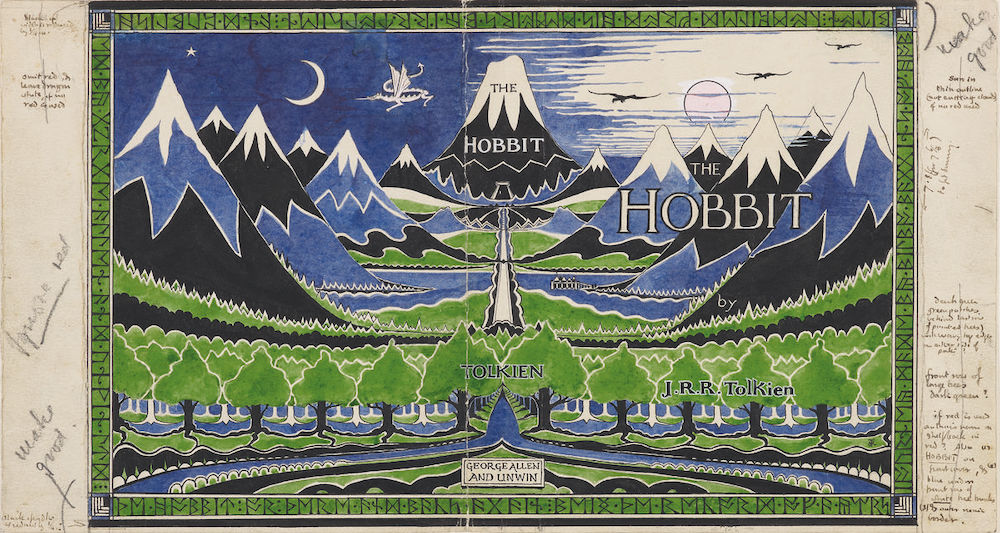 Author: Mars Garrett
Pop culture editor and writer that has been on the BoLS team since 2010. Contributor on the One of Us podcast. Marvel, Vertigo, and dystopian sci-fi fan. Enjoys bad movies, amazing stunt performances, and the internet. Hates rom-coms. (she/they)
Advertisement
Lord of the Rings Pop Culture Tolkien
Advertisement 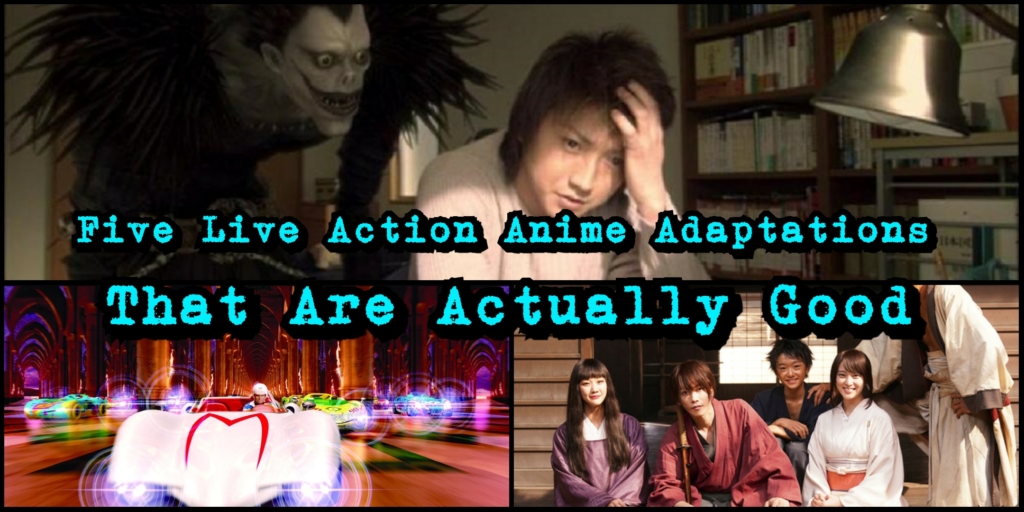