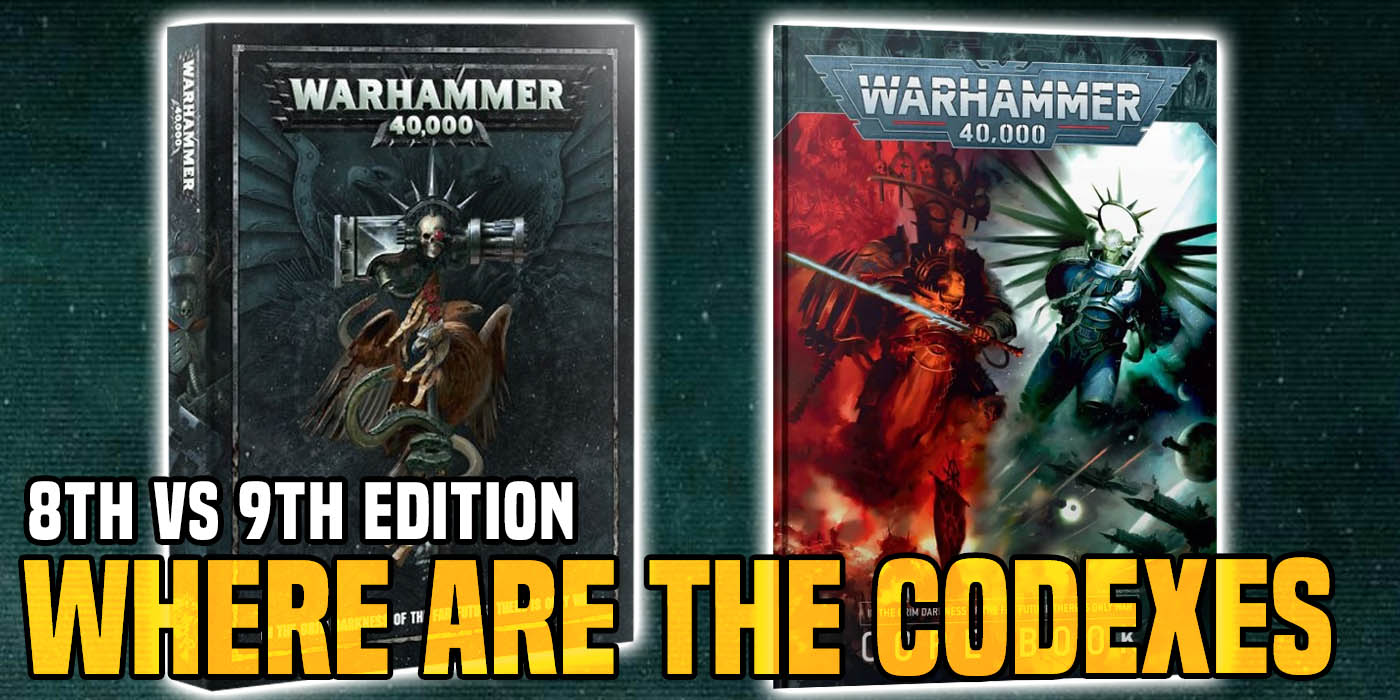 As we all wait to get our first peek at the upcoming Marine and Necron codex, let’s take a look back to see how good we had it last time around.

Warhammer 40,000 9th edition is here and the codexes are barreling our way. Sure the entire planet is under quarantine in our houses, but let’s be honest. How much of your total hobby time is actually spent playing? We all spend way more time, hobbying, reseaching, arguing online, and keep up with the latest in our beloved game. But even with that this time around 9th seems a little slow out of the gate.

We decided to go do a little data-mining to see exactly what the rollout of 8th looked like compared to 9th.  Take a look.

The game launched officially in July and this is what we have been clamoring for since then:

A big question is – will 9th edition spin up the codex machinegun and start to rapid fire them all out to us after October? I remember at the time we were a year into 8th people could not believe that GW was kicking out codexes so fast.  With hindsight we can see that they were rushing as fast as possible in that first 12 months. The next two years of 8th would see 5 new codexes, and all the supplemental codex redos like Marines (& Supplementals), CSM, campaigns like Vigilus and the oddballs like Apocalypse and Urban Conquest. They wrapped up the last year with Psychic Awakening and Sororitas who made it to the 8th Edition finish line with a few months to spare.

But the bigger question is – is the the new normal? GW kept the last editions of both 40K and Age of Sigmar for about 3 years each. If 3 years is the planned lifespan of an edition, and with each system having roughly 2 dozen factions so far – it looks like rapid fire releases may be the way it has to be to get players their updated edition in enough time to really explore and enjoy them during the lifespan of the edition.

With the unforeseen circumstances slowing down the initial two codexes of 9th for three months, I have a funny feeling things may be about to get crazy in the codex department… real soon. Be ready.

~Do you expect the codexes to start flying after October? Based on the 8th release order who should get them first?