Warhammer 40K: The Five Necron Kits We’re Most Excited About 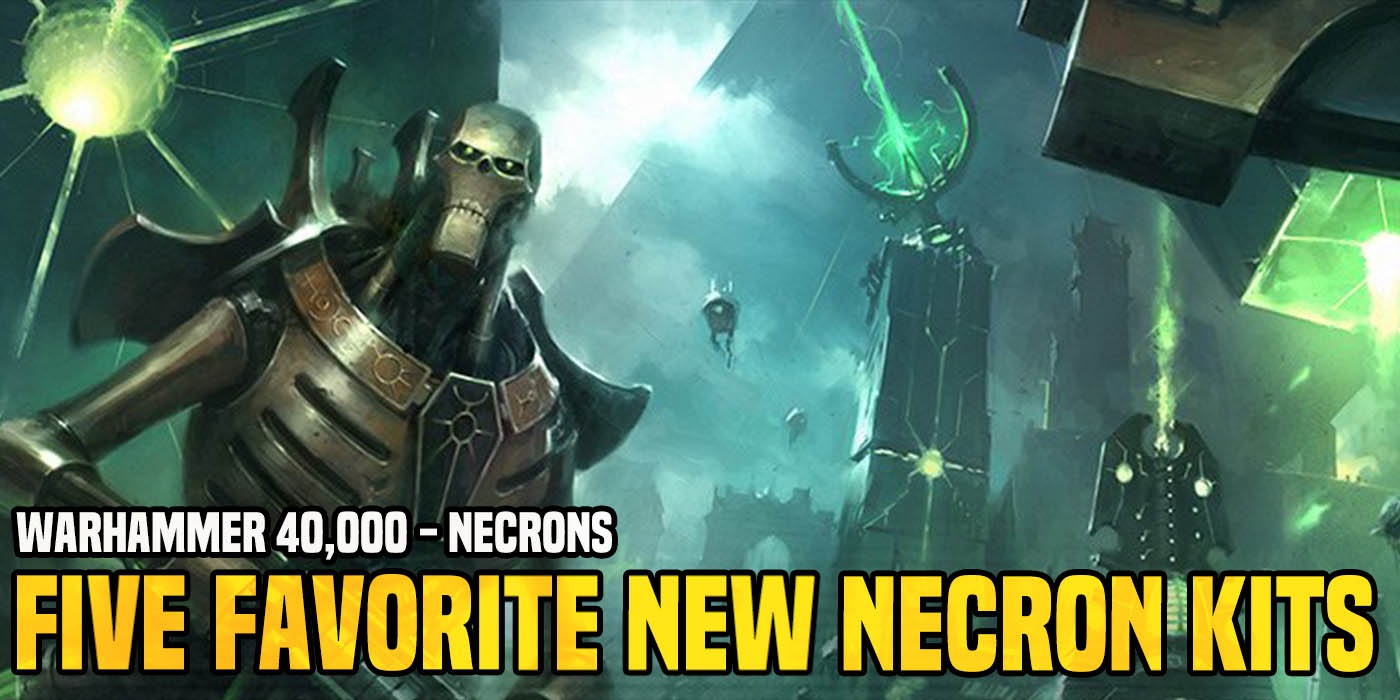 The Necrons have gotten a massive overhaul to their range but these five kits are the ones we can’t wait to get our hands on!

We’ve done the recap of all the new Necron Units and it’s a staggering amount. It’s an impressive feat and here at BoLS, as players, we’re all collectively excited the Necrons to get some new toys. When we were looking at the new range there were a few key units that really stuck out to us as the most exciting kits. If you’re a current Necron Player or considering becoming a Necron Overlord, we think these are the five kits that are going to be the most fun and exciting to collect.

When it comes to a hobby challenge, the king has thrown the gauntlet! We got a closer look at this fantastic model yesterday and it’s very impressive! Personally, I think this might be the kit that gets me. It’s either the Silent King or our next entry that will finally get me working on a Necron Army.

Yeah…this model looks SICK!!! We love everything about this model, from the shattered blackstone base, to the whippy-tail, to the weapon option, to the metal wings, to the gaping void that is it’s face – This model looks great and we really want to get a hold of this one and hobby-it-up!

This is a redesign on a classic and it’s works great! If you’re a new Necron Commander you’re in for a treat with this model. Not only does it replace the old model, but it’s got a lot more going on under the hood, so to speak. We like the new texture of the model and the move away from the transparent-green plastic. We also like the fact that it has a base now. It’s the little things, really… 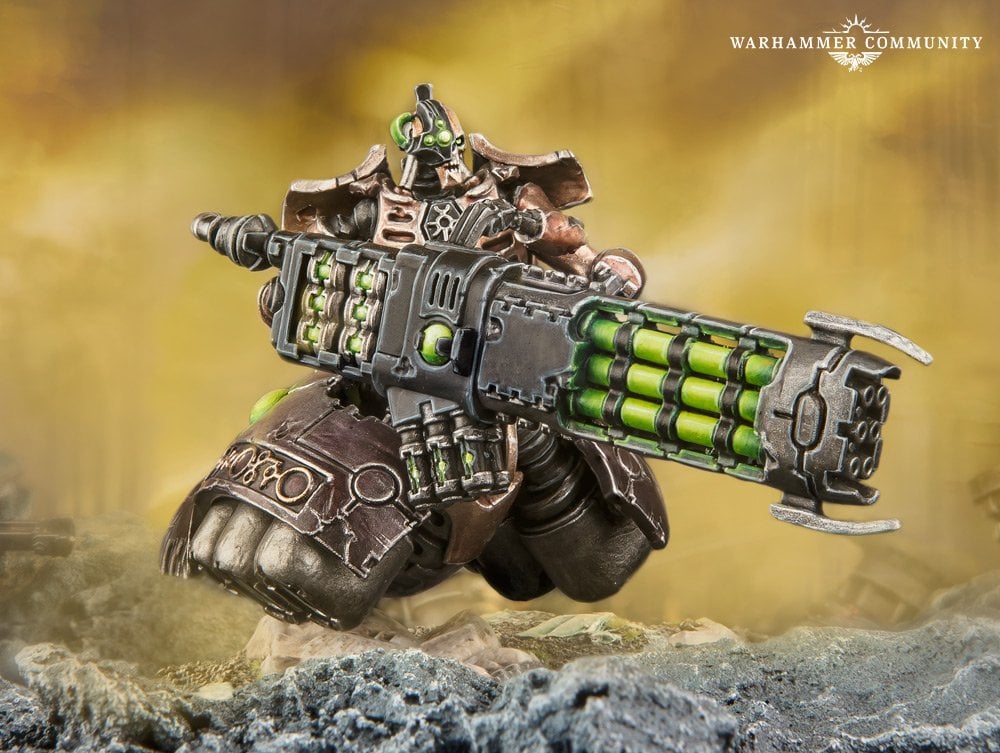 The new Up-gunned Lokhust Destroyer is another unit we really want to bust out on the tabletop. It takes the old, classic Heavy Destroyers and shows them what it looks like to not skip leg day (or whatever the hovering equivalent of that is). It’s not just the Destroyer that’s been hitting the gym either. The Guns looks massive and are going to provide some firesupport for sure! 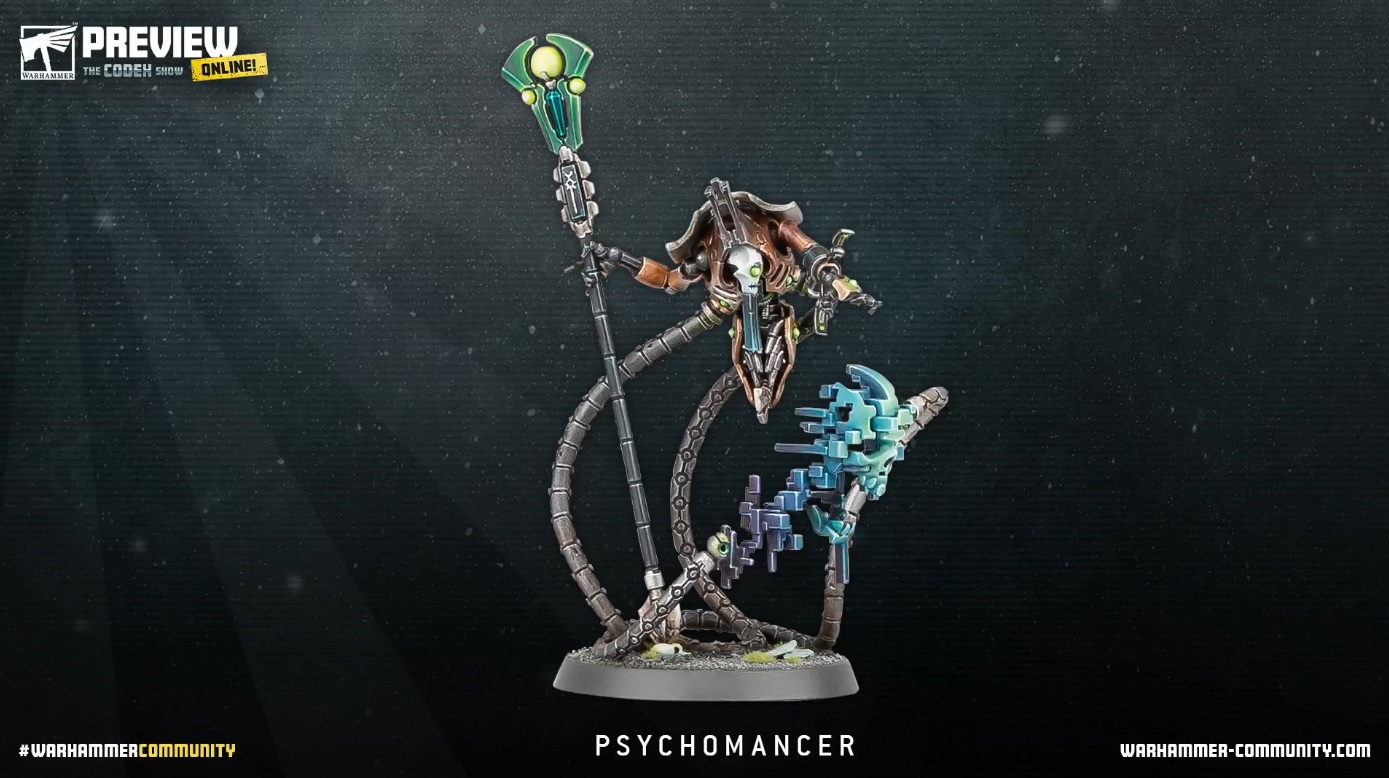 Between the digitized Skull and the creepy scarab legs that you can’t unsee once you’ve seen them, the Psychomancer might be our new favorite character for the Necrons. He looks tiny compared to these other kits, but he’s packing a lot of character in that pose. It’s just a really cool model and the concept with the skull is just too cool to ignore.

There are 20 new units/kits coming for the Necrons – which one is your favorite? Let us know in the comments!

Author: Adam Harrison
Writer, Editor, Texas Native, and Austinite for 15+ years, Adam covers all things Tabletop Gaming. Which includes Warhammer 40,000, Age of Sigmar, D&D, Board Games and everything else that involves dice, boards, cards and a table. A hobbyist, player, and collector of miniatures and games, Adam's current obsession are his Death Armies for Age of Sigmar, his Blood Angels and Tyranids for 40k, and his ever growing Arkham Horror: The Card Game Collection.
Advertisement
Games Workshop Miniatures Necrons Warhammer 40k Warhammer 40K 9th Edition
Advertisement 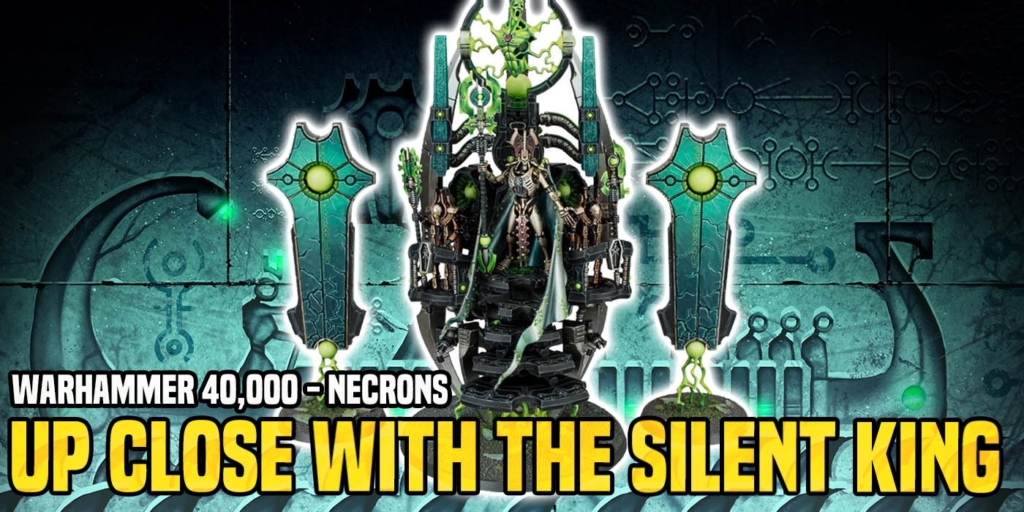