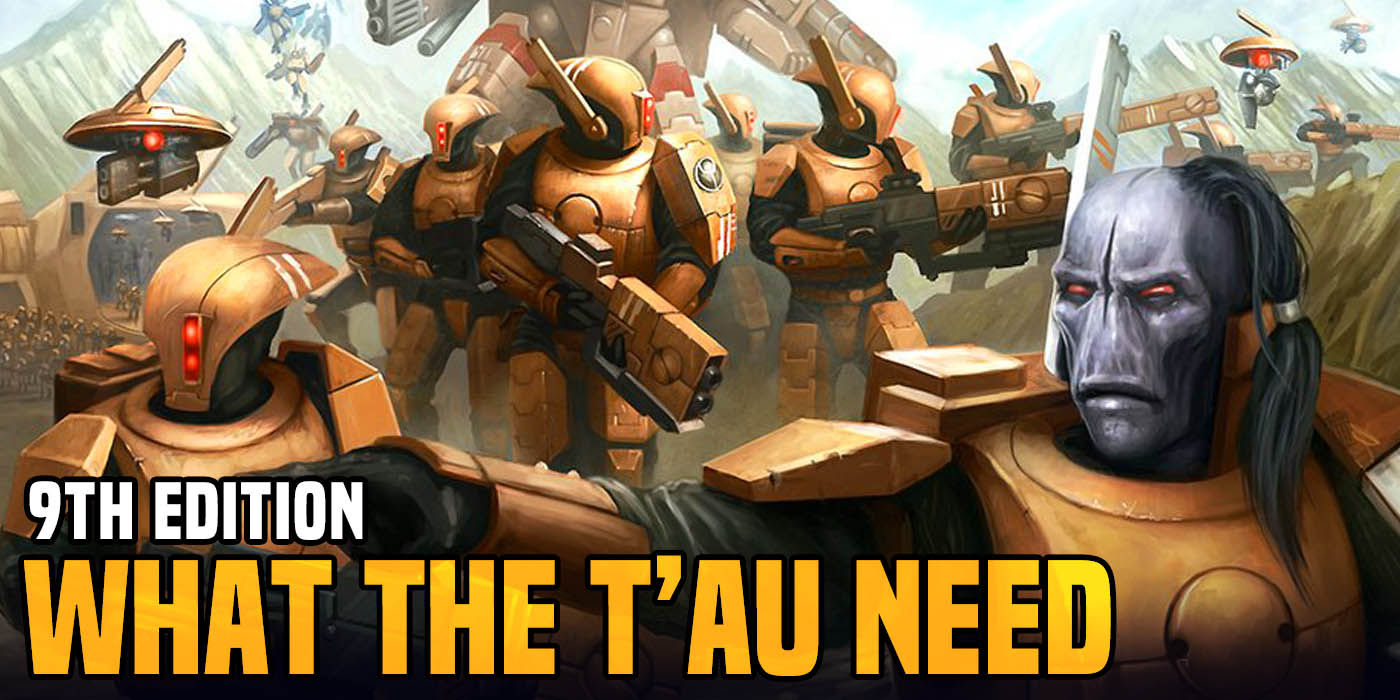 Today I’m going to talk a little more about the difficulties that the T’au Empire faction has at the moment, and two big solutions.

I’ve previously talked about a couple of stratagems that would bring the T’au into a more competitive position in the meta. Obviously, the faction needs a lot more than two stratagems to make it competitive, but we’ve got to start somewhere.

Let’s begin with something: the T’au are extremely poor in two phases of the game, the Psychic phase and the Fight phase.

Note that the Farsight Enclaves does have access to one Relic that grants a Deny the Witch roll; the T’au aren’t entirely helpless in the Psychic phase, therefore, but T’au players will very rarely take this Relic — there are far better choices available — so for all intents and purposes the T’au have no play in the Psychic phase.

And of course, everyone knows that the T’au are particularly poor in the Fight phase. The faction simply does not have a dedicated combat unit to speak of. Again, the Farsight Enclaves offers some evidence to the contrary here. Commander Farsight himself does have some limited combat potential — with the emphasis on limited. Moreover, there is a faction-wide stratagem that grants re-rolls to hit and to wound in combat for Crisis Suit Bodyguards if within 3″ of a Sept Character. And there is a stratagem that allows Fire Warriors to use their weapons as Pistols, which gives them at least some functionality if the unit is in combat. But all things considered, there isn’t much to write home about here.

What does this mean? The point has been made that an army with play in multiple phases of the game is a lot easier to balance: more power in the Shooting phase can be balanced out with less power in the Fight phase, and so on. But a faction that relies almost entirely on one phase of the game is more difficult to balance. The game designers must make T’au good enough in the Shooting phase — but not too good.

We saw this go too far in one direction in 7th edition with the Riptide Wing. But it’s now gone too far in the other direction with the change to Fly keyword. It’s a tricky one. However, it’s not an intractable problem. There are a number of ways that GW could begin to solve it. Let’s talk about something that a lot of the people in the comments mentioned last week. 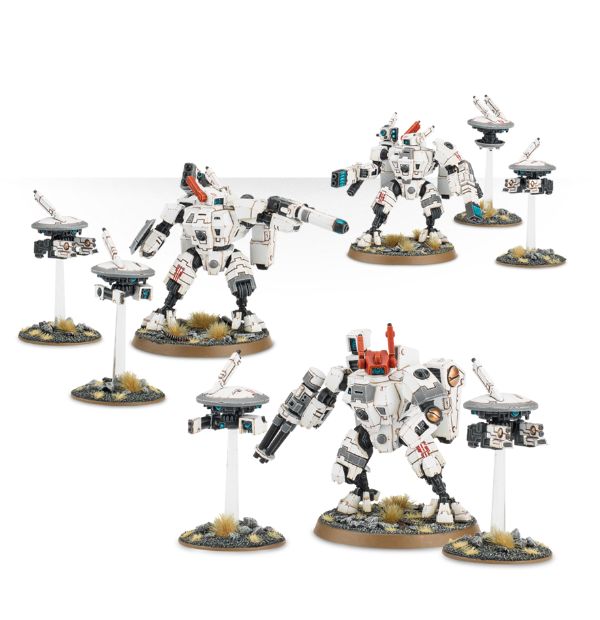 T’au Battlesuits should hit on 3s.

Not only would this make sense from a lore and fluff perspective — Battlesuit pilots have years of combat experience — but it would also make sense in-game. Granted, it would probably necessitate a change to the Markerlight system, but we’ll come to that later.

In the Space Marines era, Battlesuits hitting on a 4+ simply does not cut the mustard. In fact, it’s something of a feels-bad. Warriors of the Fire Caste that pilot the Riptide Battlesuit are veterans of dozens of enemy engagements. They are highly skilled with a variety of ranged weapons. They are dutiful, disciplined students of the T’au art of war. They should hit better than a Guardsman. And what’s more, if the opponent were to add -1 into the mix, things still look pretty bad for the Riptide. When a 305-point model only makes six hits out of 18 shots, killing two or three Primaris if you’re lucky, something isn’t quite right.

I don’t think that the whole army should hit on 3s. Fire Warriors, Pathfinders, Kroot, Vespid — hitting on 4s is perfectly acceptable for these units. But Crisis Suits, Stealth Suits, Ghostkeels, and Riptides should hit on 3s. And while we’re at it, bumping up the Devilfish and the Piranha to 3s wouldn’t go amiss either. 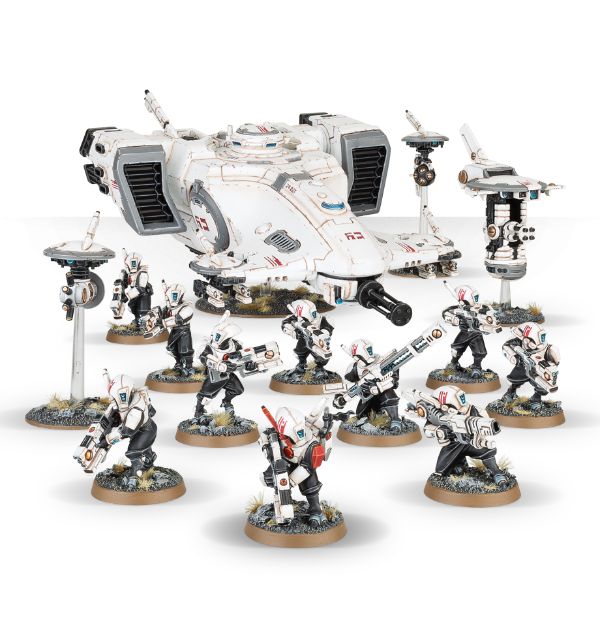 Markerlight Problems Let’s move on to those Markerlights. At the moment, I don’t think that Markerlights really fit the bill. Granted, a full stack of Markerlights is very useful. This much is obvious. But in order to get the most out of our main units, with the exception of the Commander, we need to first hit out target with five Markerlights. And that’s the thing. It’s not particularly easy. The two main sources of multiple Markerlights are Pathfinders and Marker Drones. Of course, there are other ways of getting Markerlights on the table, but we’ll stick to these two sources for now.

Pathfinders aren’t particularly good at the moment. For 11 points, we get a Toughness 3, Armor Save 5+ infantry model. These things don’t last five minutes on the battlefield. And what’s more, they take up a valuable Fast Attack slot. Moreover, when a model shoots a Markerlight, it can’t shoot anything else, meaning that those Pulse Carbines with which the Pathfinders are armed are all but useless. Pathfinders really aren’t in a good spot.

Marker Drones are a little better. If nothing else, a Marker Drone can do double duty as ablative wounds for a nearby Battlesuit. Also, it doesn’t suffer the movement penalty for moving and shooting a Heavy weapon. And while it natively hits on 5s, T’au players will often run a model with a Drone Controller nearby in order to increase its Ballistic Skill from 5 to 4. But putting aside the Drone Controller for a moment, Marker Drones cost 10 points each, meaning that in order to get those five ‘lights on a target, the T’au player must spend 150 points on Marker Drones alone. Granted, there are stratagems that help out, but overall we’re starting to see one of the problems with the Markerlight system as it stands. It’s not always a done deal getting to five ‘lights. 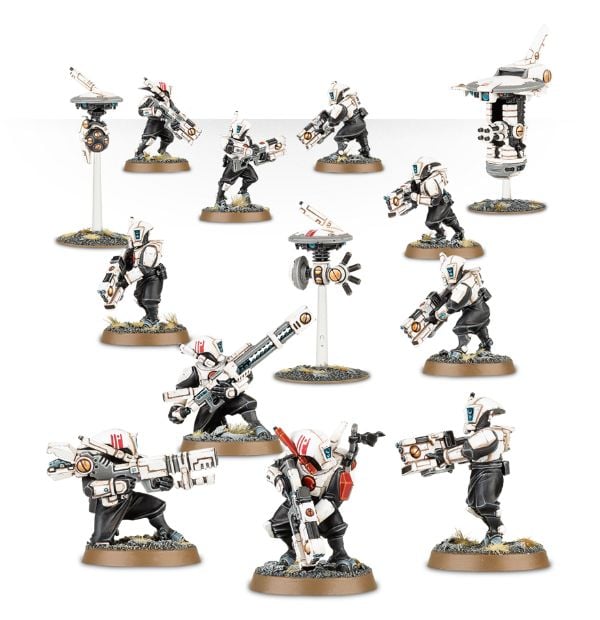 Markerlight Solutions How could we go about changing this system? First, let’s presume that Battlesuits go to Ballistic Skill 3. This would take a lot of pressure off the Markerlight system, giving T’au players space to put points into units that would deal damage instead of units that support. With this in mind, then, there are a handful of interesting options that spring to mind. What if a certain amount of Markerlights negated all negative hit modifiers on an enemy unit? In the current system, three Markerlights hits removes cover bonus for the target unit, so let’s use this as a benchmark for the time being.

Three Markerlights to ensure that, say, a Riptide or a buffed-up Ghostkeel would hit on its native Ballistic Skill would start to look a lot more interesting if those models were hitting on 3s regardless. I think that three Markerlights would be an reasonable trade-off to ignore the effects of, say, an Aeldari player using Lightning-Fast Reactions or shooting at a unit through a terrain piece that forces negative modifiers. 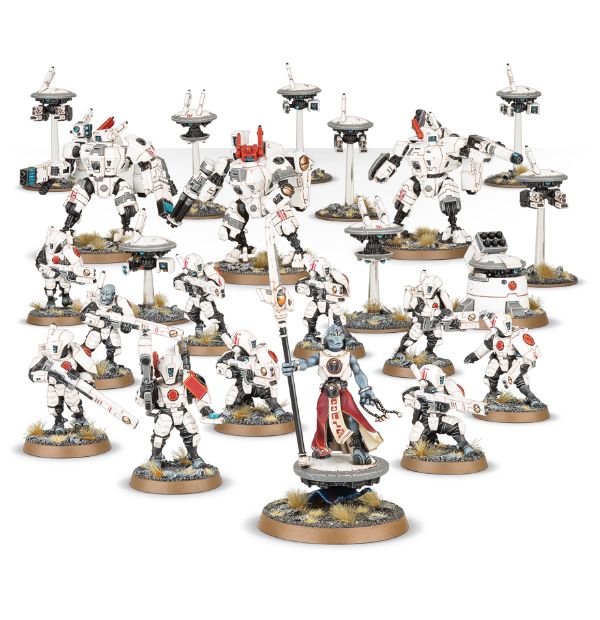 What could we do with one Markerlight hit? At the moment, a single Markerlight on a target grants re-rolls of 1s. This is a fairly standard ability across a lot of factions, so it would be reasonable to keep this as it is. However, I’d really like an incentive for T’au players to use their models in a more mobile fashion. Perhaps in place on re-rolling 1s, a single Markerlight hit could negate the penalty for moving and shooting. Or it could turn Rapid Fire weapons into Assault weapons for models shooting at the target.

How could we incentivise the T’au player to put five Markerlights on a target? Would allowing all units that shoot at the target to re-roll all hit rolls be too good? Honestly, in the current state of the meta, I really don’t think it would. Remember that a Space Marine Chapter Master grants such a bonus with an aura, so it’s really not outside the bounds of possibility that the T’au have access to the same ability with Markerlights.

There’s a lot of scope for improvements here. At the moment, the Markerlight system — and the T’au codex as a whole — feels like a relic from a different edition. It needs a significant change in order to make it viable in 9th.

We Need an Overhaul

Indeed, the whole codex needs a change in order to make it more viable in 9th.
Advertisement

The T’au Empire is in a difficult spot at the moment. The changes that 9th brought really hit us where it hurts, and we haven’t quite found our groove yet. A lot of our units are significantly under powered, and our main offensive units took a serious hit when it comes to keeping up consistent firepower throughout a game.

But I like to look on the bright side of life. There’s still some strong options in the codex, as well as some very cool units to put on the tabletop. We’re certainly not down and out yet. Until we get that shiny 9th edition codex, we need to be creative and come up with new, interesting ideas to get the most out of our models. What do you think of these suggestions?

Author: Pablo Martinez
Warhammer 40k analyst, tournament reporter and Ultramarines enthusiast, I'm the man behind the 40K podcast: Signals From the Frontline. I seek to gather more knowledge about the Warhammer 40k and share it to unite both hobbyists and gamers. I began writing for BoLS in 2016.
Advertisement
Editorials Rules T'au Empire Warhammer 40k Warhammer 40K 9th Edition
Advertisement 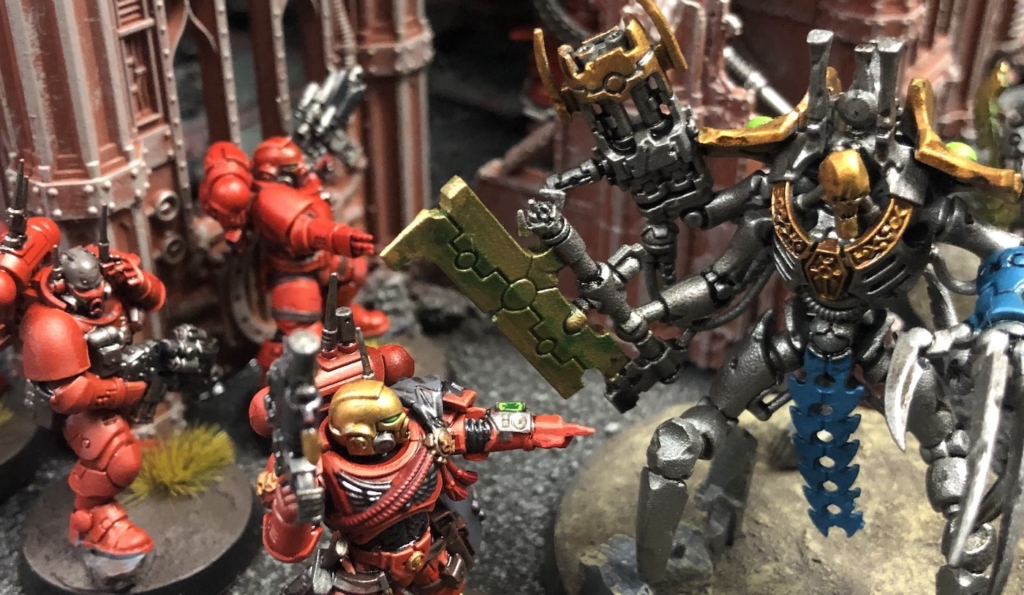