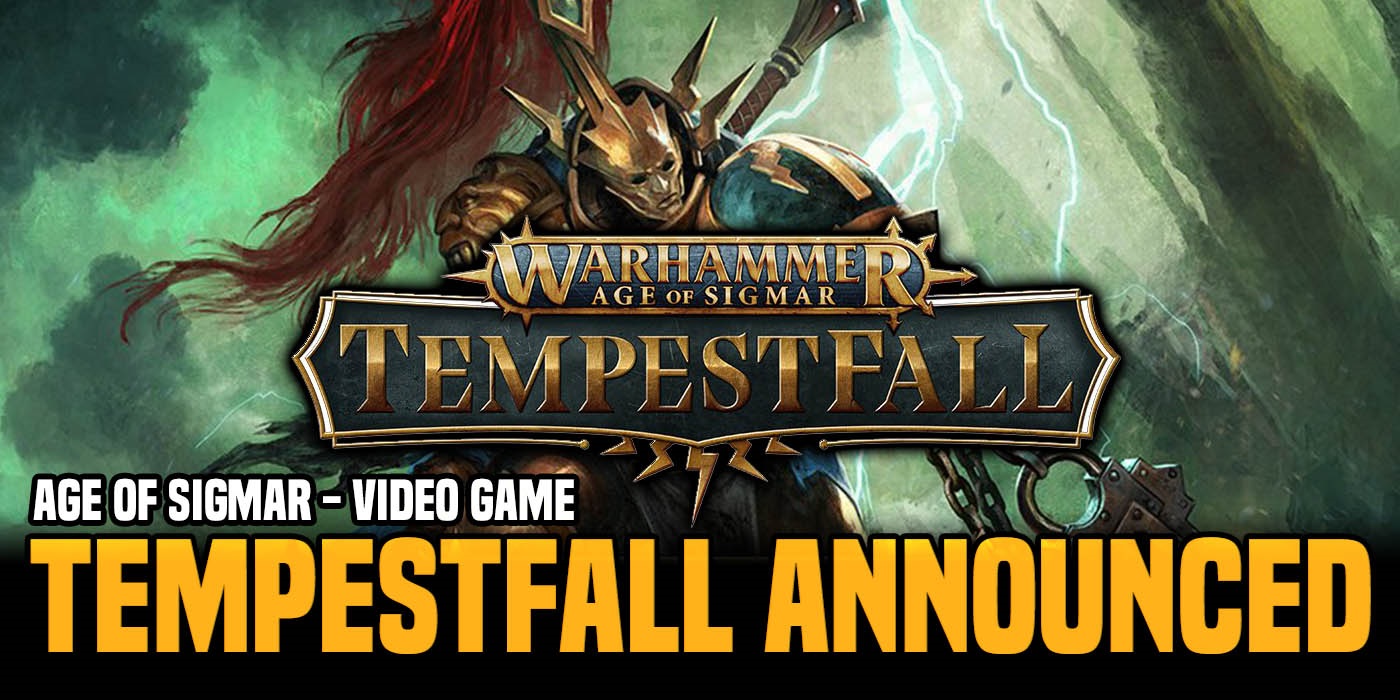 The Stormcast Eternals are getting immortalize in a new virtual reality game – It’s Warhammer Age of Sigmar: Tempestfall!

Yep – you read that right. Coming to PC and to Oculus is a new VR game starring YOU as a Stormcast Eternal. Get ready to step into the shoes of a Lord-Arcanum in Tempestfall.

So, if you’ve watched the trailer, there isn’t much to go on. However, it’s pretty clear that the enemies are going to be Nighthaunt – at least initially. And according to the info provided by the Warhammer Community:

“Warhammer Age of Sigmar: Tempestfall casts you in the role of a Lord-Arcanum, a mighty warrior-wizard of the God-King’s celestial warriors. You’ll see the sinister realm of Shyish through their eyes as you lead a retinue of Stormcast Eternals across Nagash’s domain, fighting against the rising threat of the Nighthaunts.”

So yeah – It’s going to feature those spooky ghosts in a VR game. I see what you’re doing there…ANYWAY, screenshot: 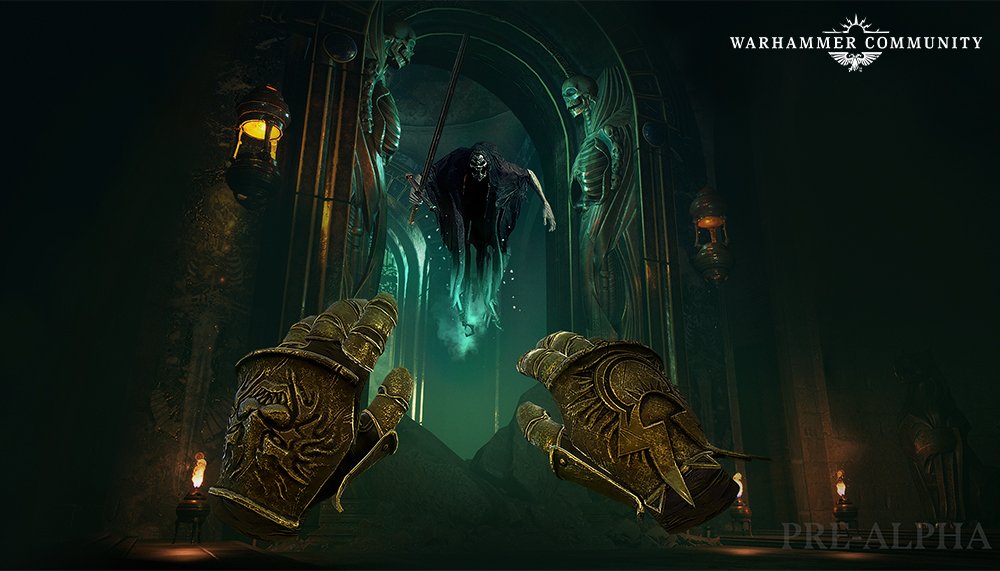 This is the only image we get from the Pre-Alpha. We’re guessing this is probably what the gameplay is shooting for. There are some other images from the cinematic trailer as well – but we’re not sure if that’s gameplay footage or not. We also have a listing for it on Steam with some more info:

Walk the realm of death and lead your brethren to victory, Lord-Arcanum. Let none survive the Tempestfall.

Become a mighty Lord-Arcanum, wielder of storm magic, and lead a Stormcast Eternal task force to recover your brethren’s lost souls. Walk the lands of Shyish and battle forces of Nighthaunt using a variety of melee weapons, powerful staves, and motion-based abilities and magic.

So there you have it – a “VR action-adventure game” with you as a Stormcast Eternal. The release date is sometime in 2021. Honestly, I’m not quite sure what to think of this one. I’m not a big fan of VR or 3D in general. It’s just a medium for games and movies I’m not sold on. We’ll be keeping an eye out on this one – who knows, it might surprise me. And I don’t mean with the jump scares.

Welcome to the Mortal Realms. Now in VR!

(I thought “Nighthaunt” was the plural form already. It’s Battletome: Nighthaunt not “Nighthaunts” – made up nouns are weird man.)

Author: Adam Harrison
Writer, Editor, Texas Native, and Austinite for 15+ years, Adam covers all things Tabletop Gaming. Which includes Warhammer 40,000, Age of Sigmar, D&D, Board Games and everything else that involves dice, boards, cards and a table. A hobbyist, player, and collector of miniatures and games, Adam's current obsession are his Death Armies for Age of Sigmar, his Blood Angels and Tyranids for 40k, and his ever growing Arkham Horror: The Card Game Collection.
Advertisement
Age of Sigmar Games Workshop Tabletop News Video Games Videos Warhammer 40k
Advertisement 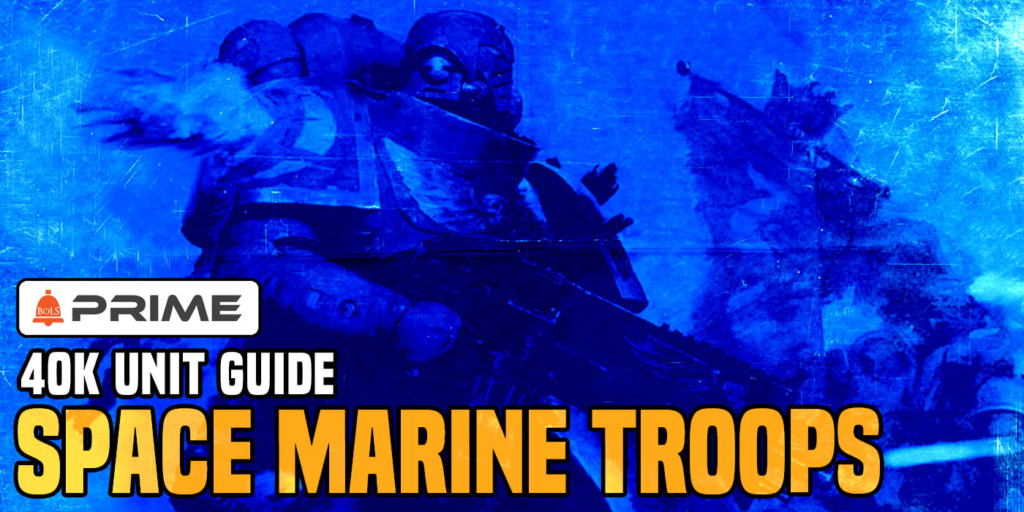