Board Games Retro: Which Angela Lansbury Is Looking Kinda Sus? 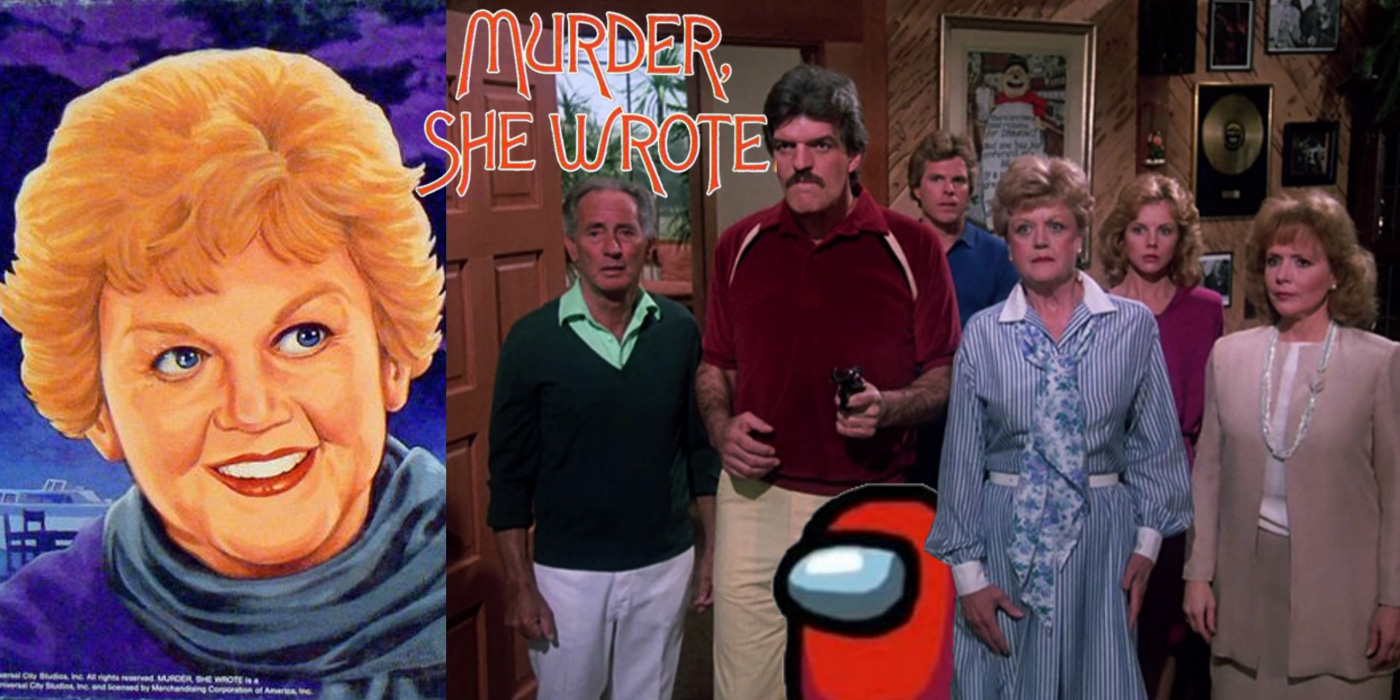 The REAL surprise of this murder mystery hidden role / deduction board game is how good it is!

I’ll admit I didn’t watch “Murder, She Wrote” while it was airing from 1984 to 1996. I was naught but a wee lad and I didn’t care about the show since it didn’t have any anvils falling on anyone’s head. At least, I don’t think it did. I haven’t seen every episode.

For the uninitiated, “Murder, She Wrote” follows Jessica Fletcher, an amateur detective living in Cabot Cove, Maine where a SHOCKING number of homicides occur. Fortunately, each murder can be easily solved by our clever Jessica within the hour. 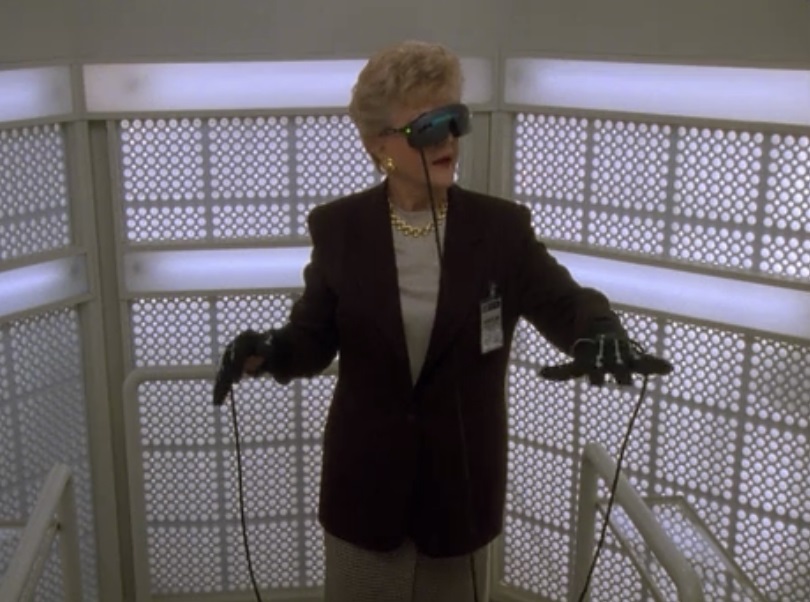 I may have been pulled in by the VR episode if you told me it would be anything like ReBoot.

It seemed like a dull, boring show for grandmothers with nothing better to do. But in my more recent years, I’ve given the show a chance (mostly in part to the YouTube reviews I’ve watched) and, turns out, it’s really fun! The real lesson I’ve learned isn’t that the people of Cabot Cove really need some better problem solving skills (Protip: Murder shouldn’t be Plan A), it’s that I shouldn’t let my preconceived notions of what something might be get the better of me.

Apply the same logic the the 1985 release of the Murder, She Wrote board game and turns out we have a genuinely really solid hidden role / deduction game! One player will be the murderer, the others are Jessica. But no one knows who is who. The goal of the murderer is to kill 5 people and escape the town (…wow) and the goal of the Jessicas is to find the murderer before they escape. 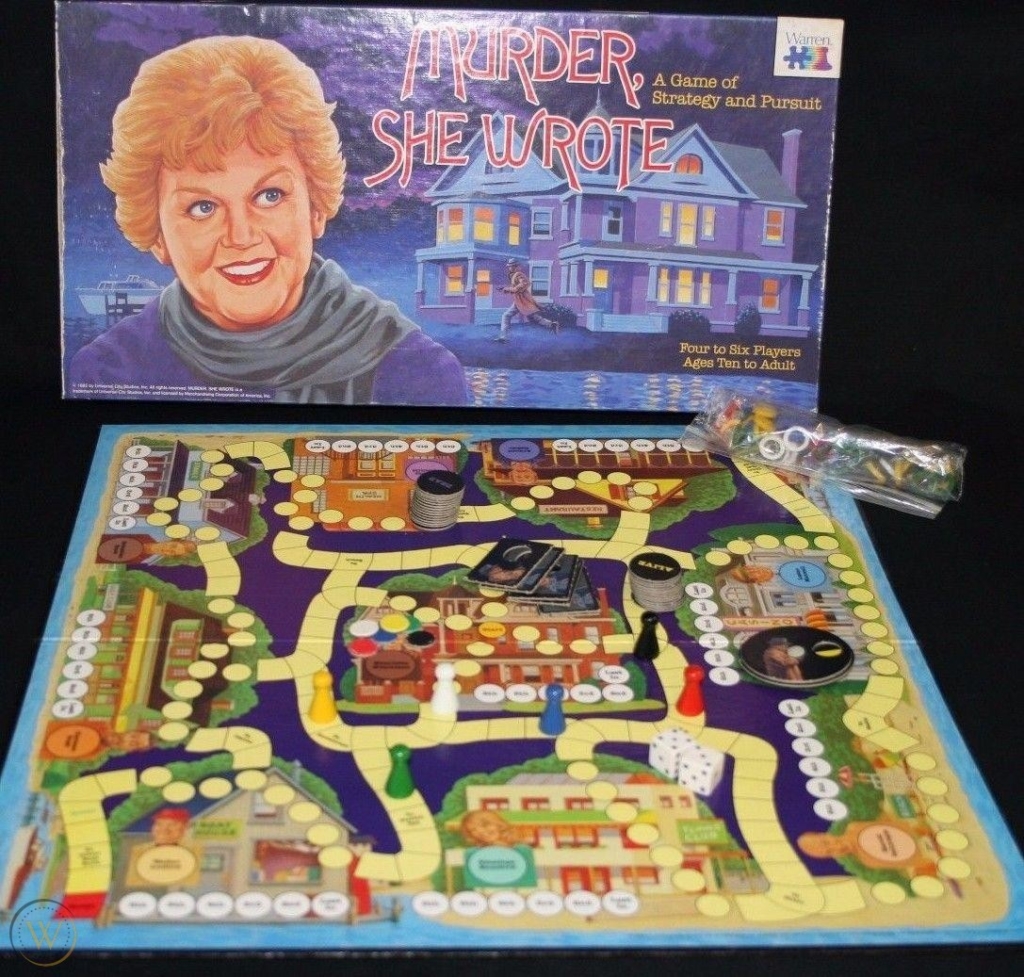 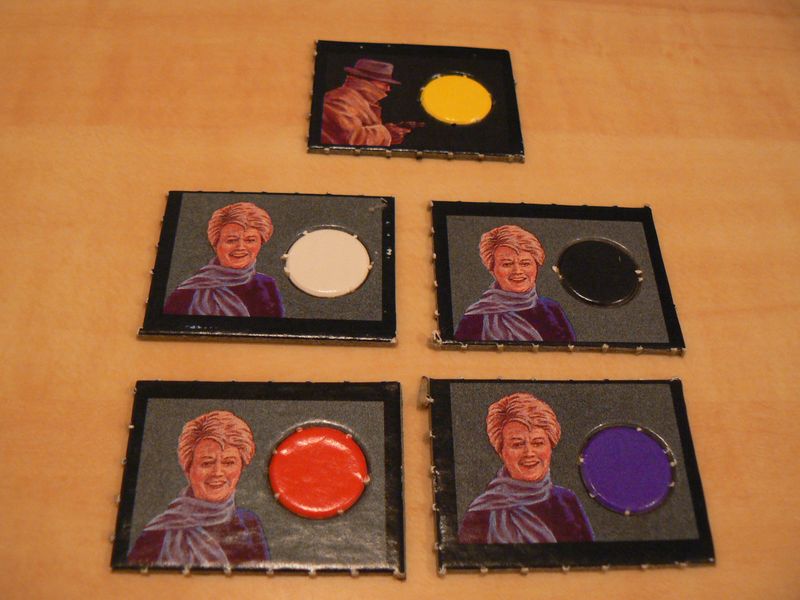 Then players take 1 Dead and 8 Alive tokens and distribute them facedown among the town’s potential victims. 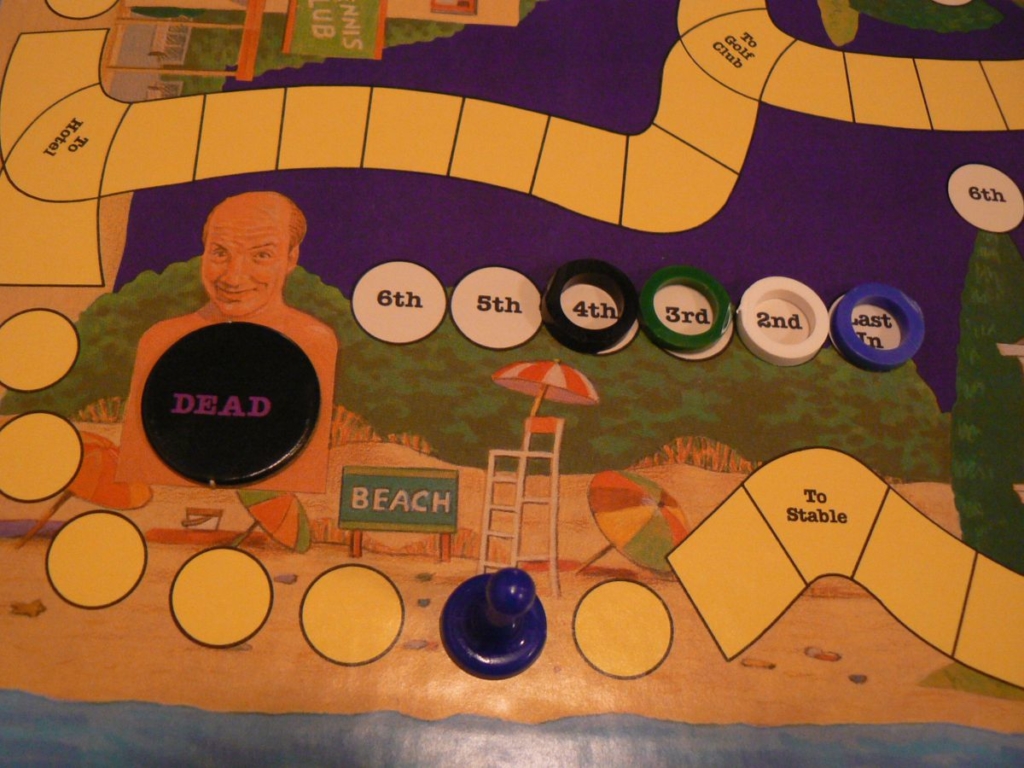 Then the game begins. Players take turns rolling to move around the board, stopping at the various town locations. Stopping on any circle space allows that player to secretly check the alive-edness of that resident. Regardless of their role, that player places that token back in the box with many more. They search for another token to replace it.

Jessicas must replace the token with the same type they found (either Alive or Dead), but the murderer can swap an Alive token for a Dead token. But not the reverse. There’s no necromancy in my Cabot Cove! 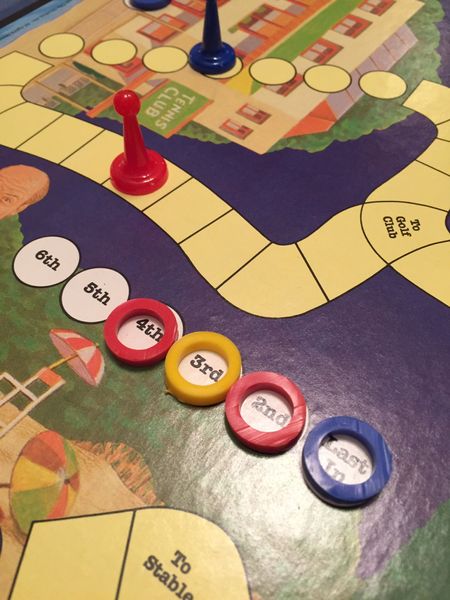 As the residences are visited, players leave one of their rings at that location to help players remember who has been where and when. When they feel ready to make an accusation, they move to one of the designated Accuse spots, which is also right near the villain’s red Escape space at the edge of the board. 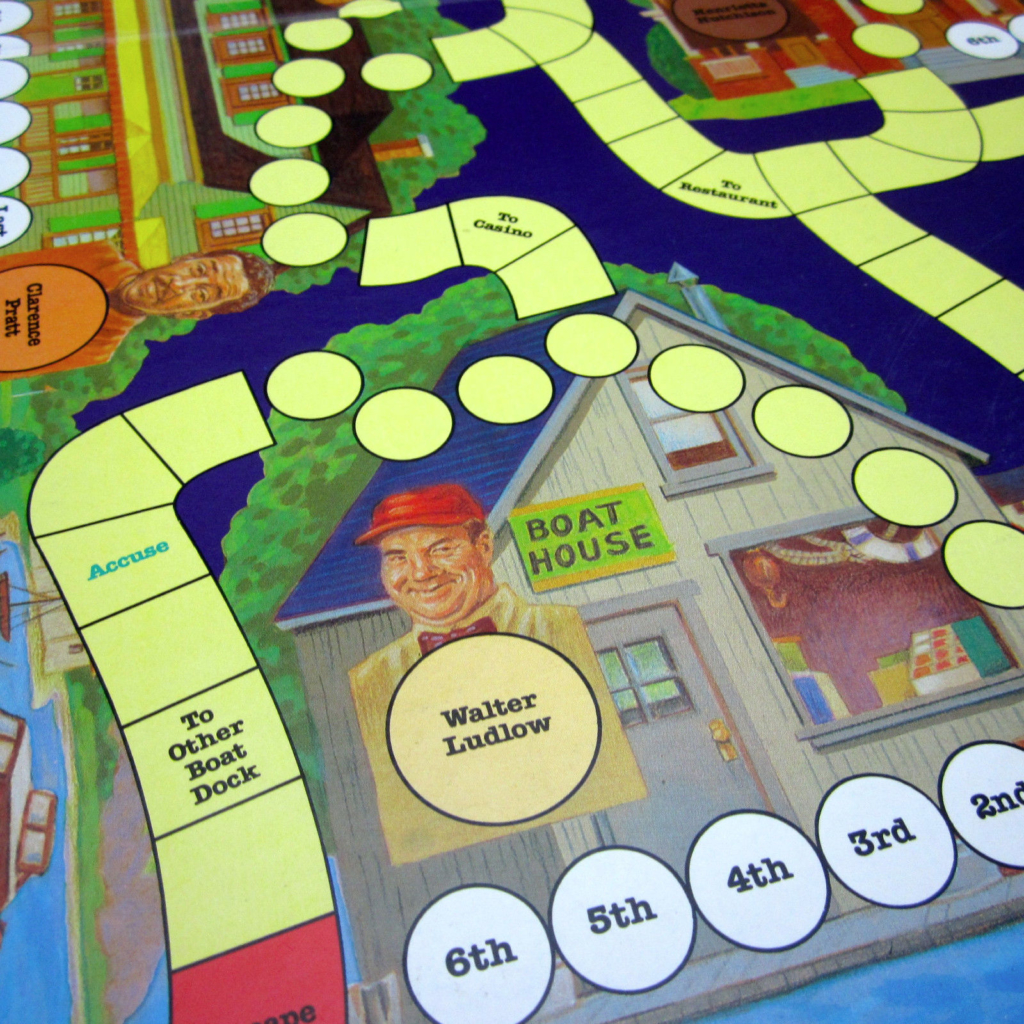 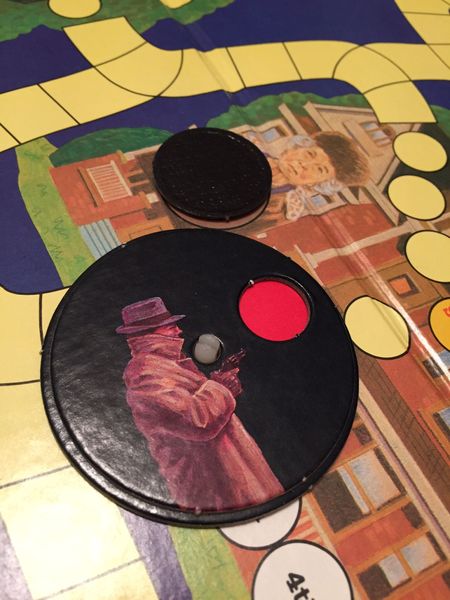 However, if the murderer is able to sneak around and kill 5 residents and reach either of the Escape spaces at the edge of the board, they win!

Like I mentioned earlier, this game is surprisingly well designed! I love the mechanic where “checking” to see how alive a resident is, is the same action to kill them. Makes for some top sneaky maneuvers.

On top of that, the two Accuse spaces are right next to the Escape spaces, which make for an excellent display of “OH! I know who the murderer is! I just… have to get to…. the Accuse spac… …HA! Just kidding! I escaped! It was me all along!” My only qualm is the player elimination factor, which is rarely great.

Regardless of how much a fan you are of the show, this is a real hidden gem of a hidden role game. 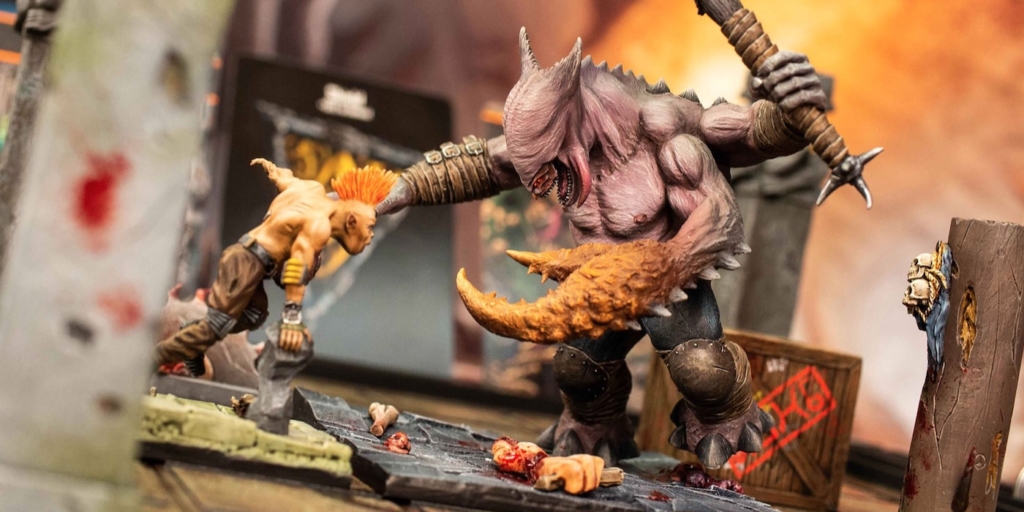