Cosplay: The Try Guys’ Eugene as Zuko from Avatar 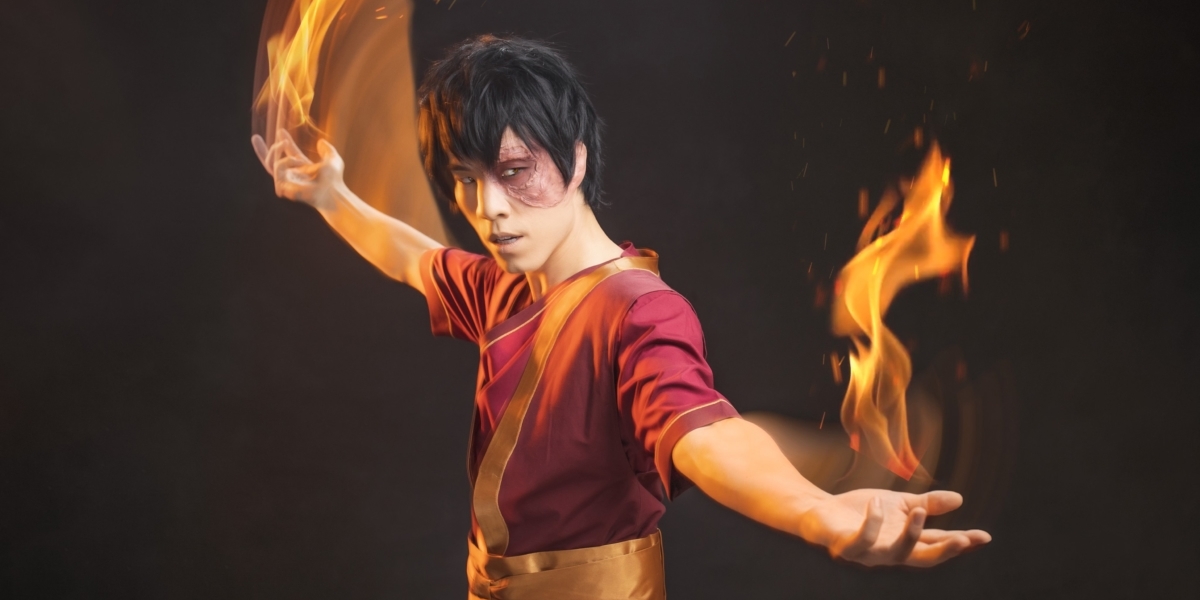 There’s a fabulous new heir to the throne of Cosplay glory, and we’re HERE for our new Fire Lord. Join us as we delve into this week’s Try Guys Halloween feature!

If you’ve been living under a rock recently and have no idea who the Try Guys are… stop everything you’re doing and head over to their YouTube channel. Their content includes a wide swath of ridiculous concepts, pushing boundaries, and having a ton of fun breaking through perceptions and bringing light to a myriad of fascinating areas of life. 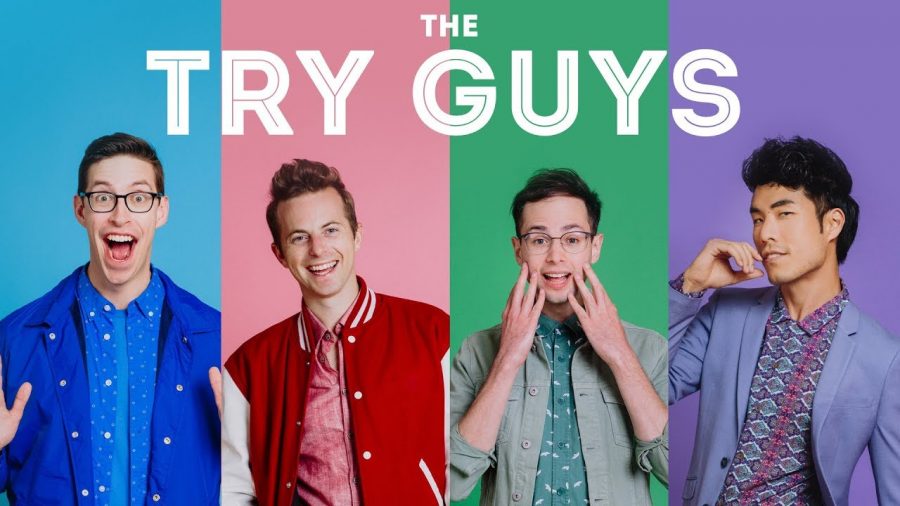 Rising above all four of their content creators is Eugene, master of the Flamboyant, a veritable rockstar who can wear the highest heels, strike the fiercest pose, and dance with the best of KPop Stars. He shook the internet to its core this year with his astounding coming out video, I’m Gay, cementing himself as a figure who is here to make a STATEMENT.

This year, Eugene took to Twitter to help solve the perpetual question- what to be for Halloween. 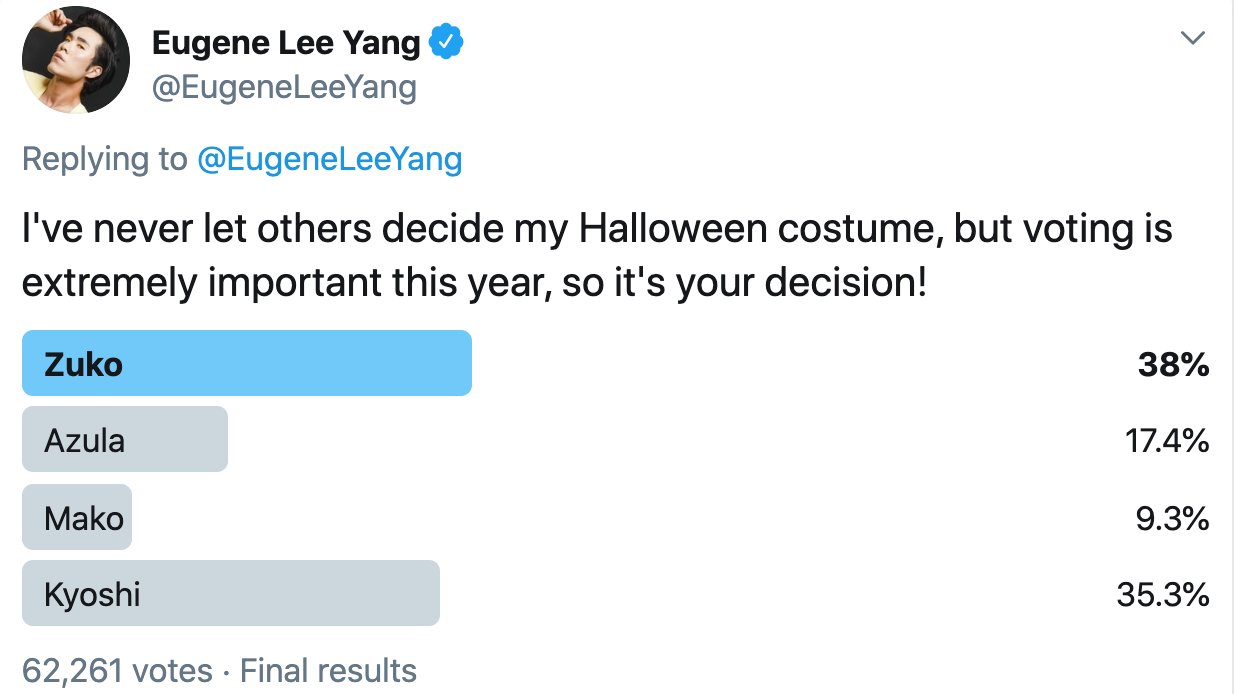 That’s right, folks. He left his fate in the hands of the Interwebs, and I am here to say that the internet did NOT disappoint. Enjoy the firey results of this year’s #Halloween2020 costume poll.

“My name is Zuko, son of Ursa and Fire Lord Ozai, Prince of the Fire Nation, and Heir to the Throne.”
– Zuko – 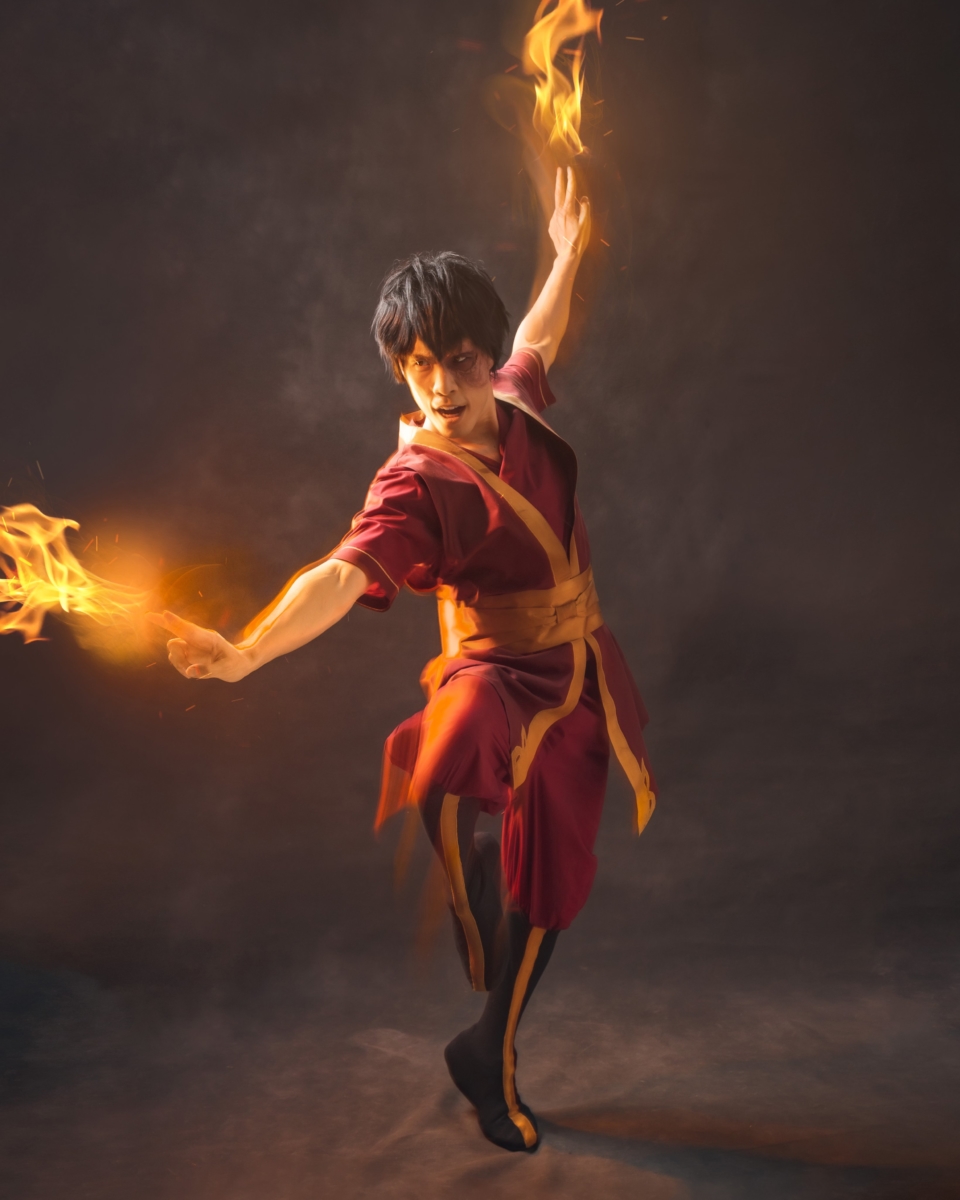 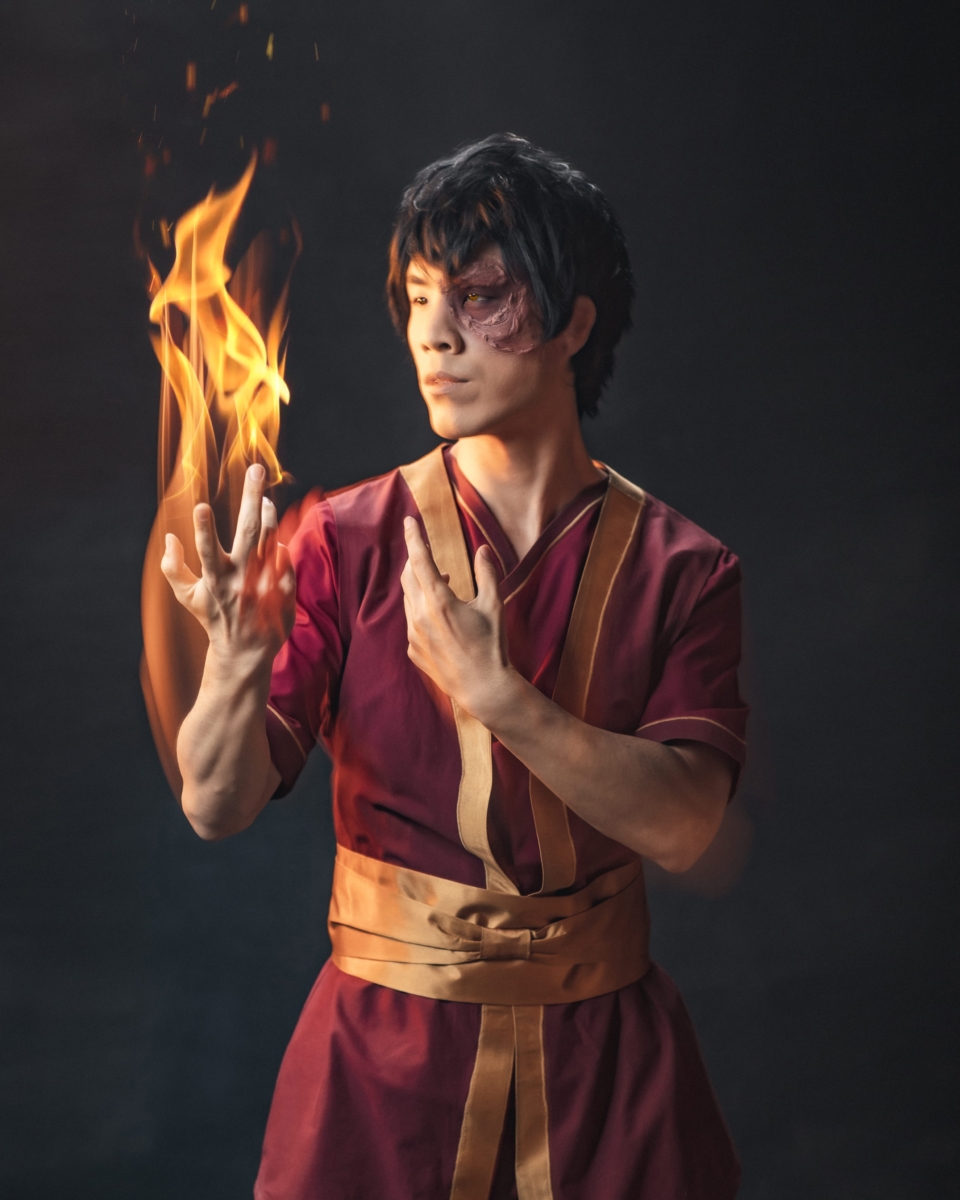 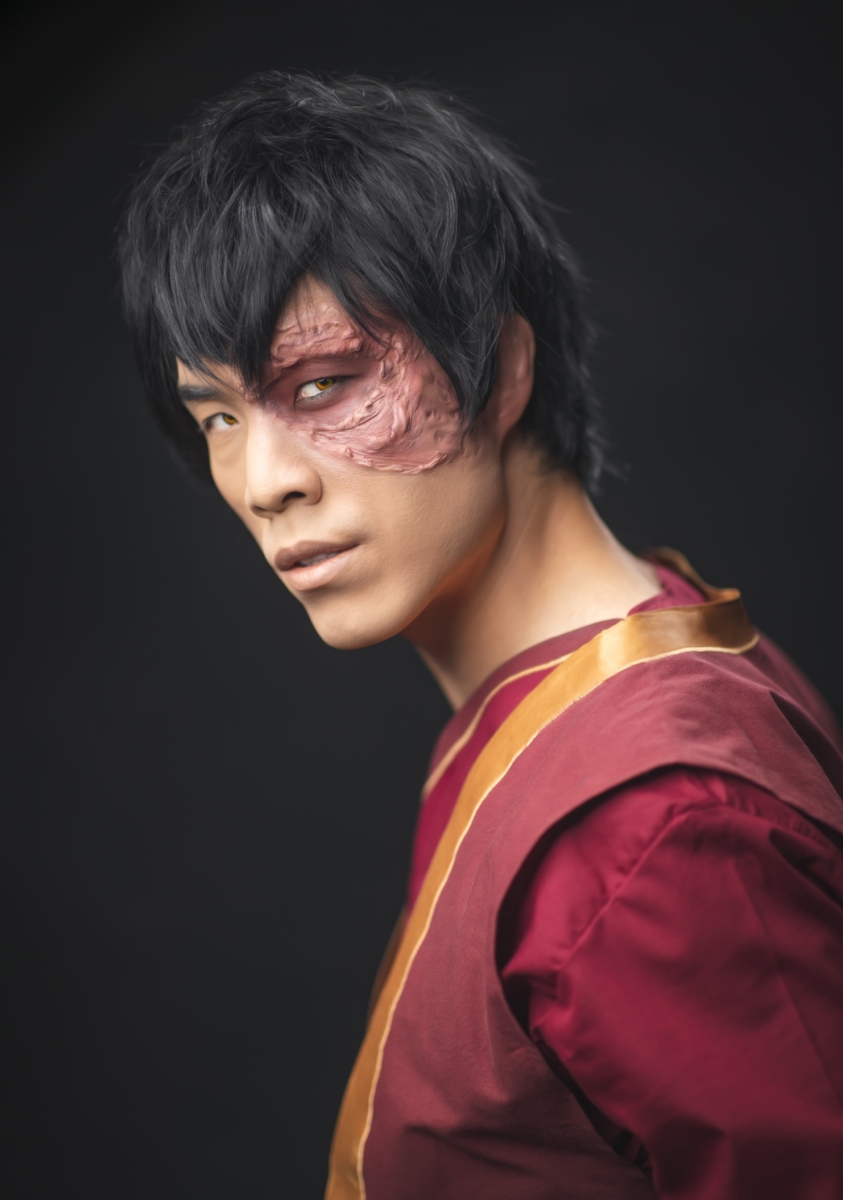 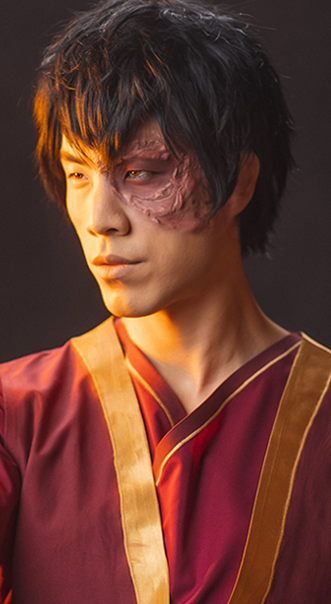 Author: Jennifer Larsen
Jennifer aka "Mayhem's Muse" is the Cosplay Editor for BoLS and manages Ad Sales and Communications. Her cosplay awards include the RTX Judge's Choice Award and Dragon's Lair Austin's Cosplay Symposium. Jennifer has been a Cosplay Guest Judge at RTX, Tacticon and Genghis Con in Colorado. She regularly attends conventions to cover cosplay for BoLS. Her cosplay work has been featured in publications such as Girls Who Love Monsters, Geek Fuel, and Renaissance Magazine. Jennifer has modeled in the Her Universe Fashion Show, Precision Camera's yearly Precision Camera University, and has taught several workshops for photographers about partnering with cosplayers and creative muses/models. Jennifer is a lifelong enthusiast of retro video games and loves Dungeons & Dragons, urban fantasy, tabletop games, VR technology, and historical archery. She has set National Records through USA Archery’s Traditional Division for Asiatic Bows and earned 4th Place in the World Nomad Games in Kyrgyzstan in 2018 for Women’s Korean Archery. Jennifer is currently studying for her Masters's Degree in Organizational Leadership.
Advertisement
Anime Celebrities Cosplay
Advertisement 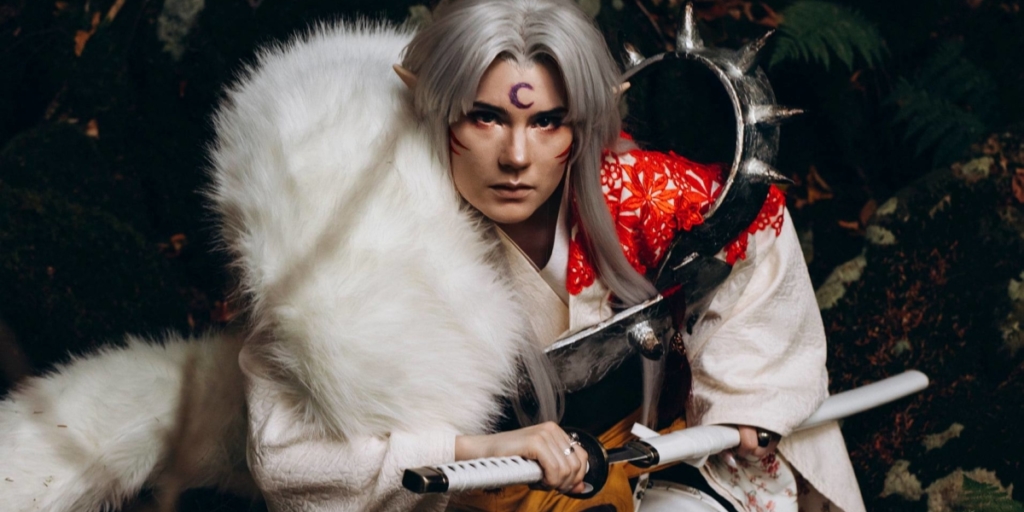