D&D: Lessons The Ranger Can Learn From Baldur’s Gate 3 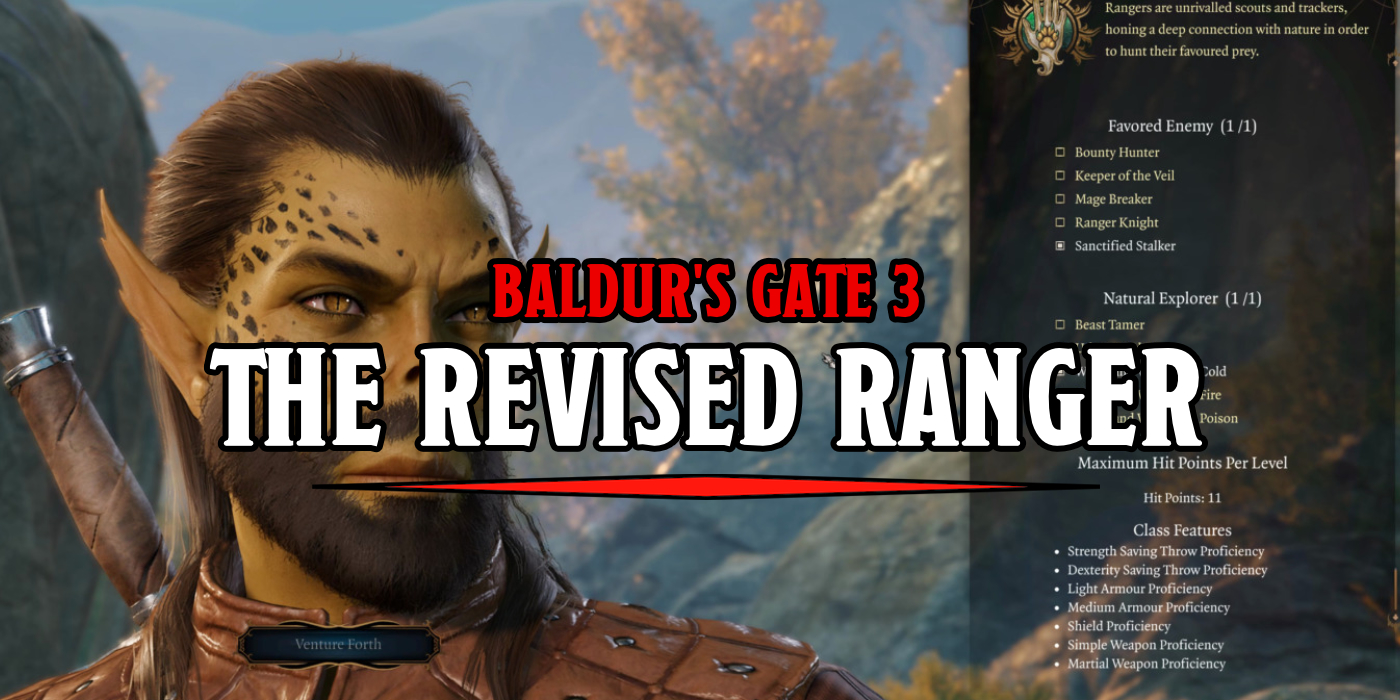 Baldur’s Gate 3 reworks the Ranger in some ways that make the class feel a little more unique–and moreover, a little more fun to play. Check it out.

Ask anyone what they think of the Ranger in D&D 5th Edition and you’re likely to get a half-dozen answers. But folks can generally agree that Rangers are in a little bit of a spot right now. While they’re certainly fun to play, conceptually, there are plenty of places where they can be pigeonholed into too little effectiveness. Whether that’s your choice of Favored Terrain which may or may not come up, ever, or how things like your favored enemy play out, there’s a lot that shoehorns a ranger into a certain box.

Until Baldur’s Gate 3. Today we’re going to take a look at the rework of the Ranger and see what lessons 5th Edition could learn. 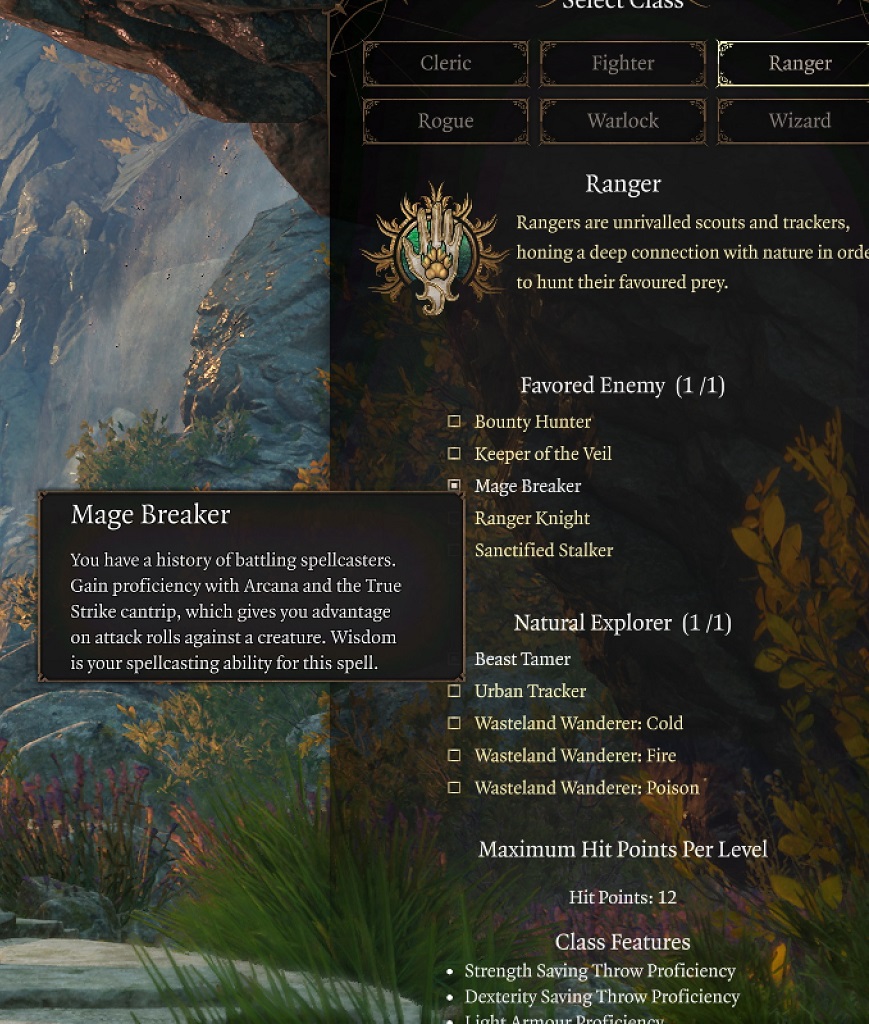 Again we should point out that Baldur’s Gate 3 is still in early access, so there’s no guarantee this is the final form of the Ranger. But, you can already start to see how the designers (who worked closely with the 5E designers) have tried to tackle something like favored terrain and enemies. Instead of picking a specific monster and getting a random bonus against them, your favored enemy no longer goes by enemy type. Now you select options that reflect the type of enemies you specialize in hunting down, and the skills and abilities you’ve picked up along the way. You can see Mage Breaker up there, which gives you Arcana and True Strike (also reworked in BG3), but then there’s:

Bounty Hunter, which is a classic chasing down criminals kinda thing. Pick up Investigation and Thieves’ Cant, as well as restrain everyone better.

Keeper of the Veil grants you some protective magic.

Ranger Knight gets you heavy armor and history, both helpful in different ways.

Finally Sanctified Stalker is all about getting some extra magic damage to go around. It’s a really interesting touch that already lends so much more flavor to the ranger. I can picture a ranger who’s a bounty hunter or a sanctified stalker so much better than just a “generic” woods-y type person.

Favored Terrain also works differently now. Instead of giving you random bonuses in random terrain, it grants you passive buffs and skills depending on the kind of environment you’re living in. The abilities are straightforward, but for some excellent customization:

It’s a move that specializes the Ranger a little more. And one we’re interested to see make its way to 5th Edition proper.

What do you think of the reworked ranger?

Author: J.R. Zambrano
Bell of Lost Souls Staff Writer and DM, J.R. covers RPGs of all stripes and on occasion eats sandwiches. You can ask him about either at [email protected]
Advertisement
Baldur's Gate Dungeons & Dragons RPGs Rules Video Games Wizards of the Coast
Advertisement