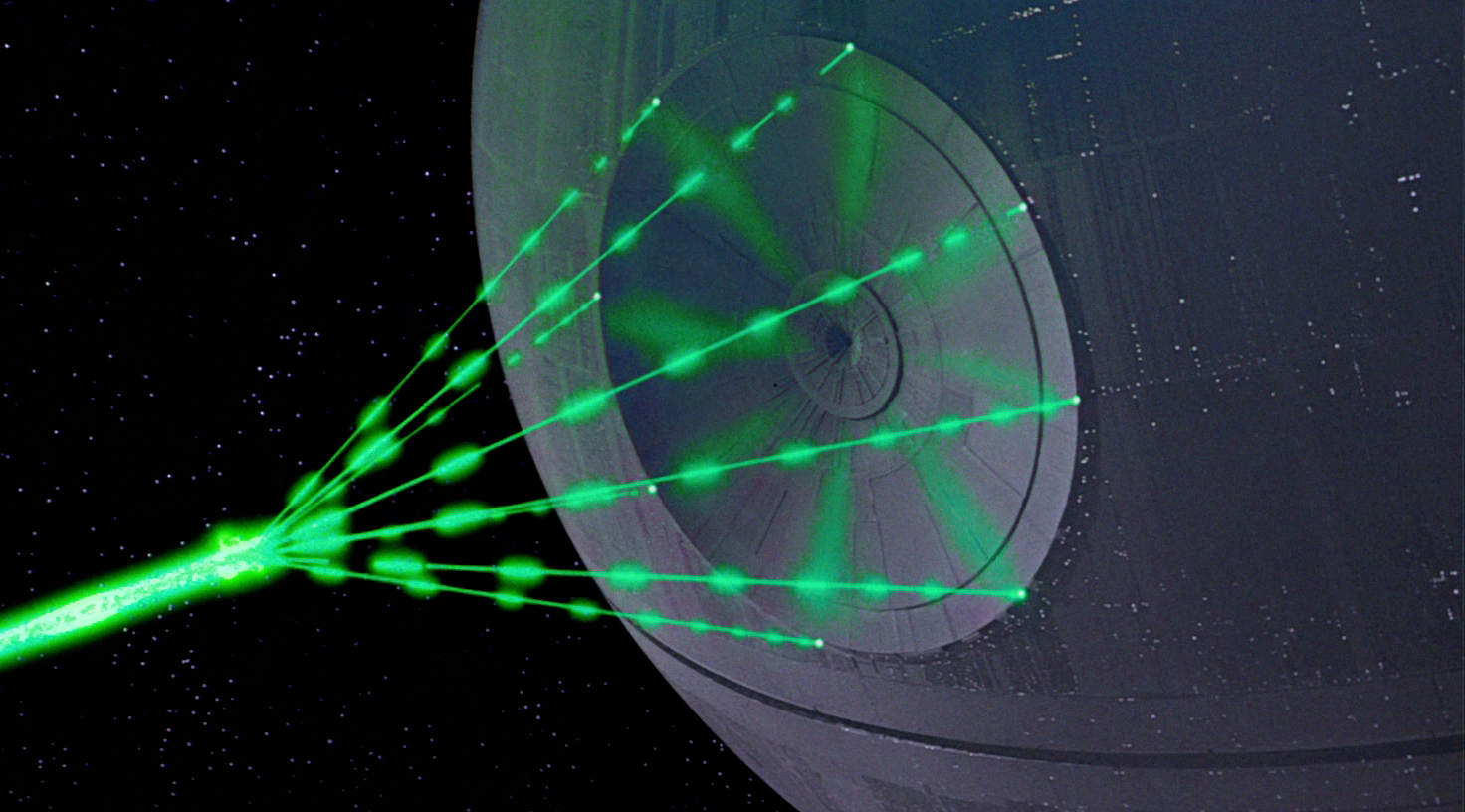 What do you get when you combine 82 ft of electrical wiring, 262 ft of fiberglass, one gallon of paint, 32 sq ft of aluminum sheeting, 110 screws, and 14 6-watt lasers? A fully functional Death Star that could destroy a scale Endor easily. 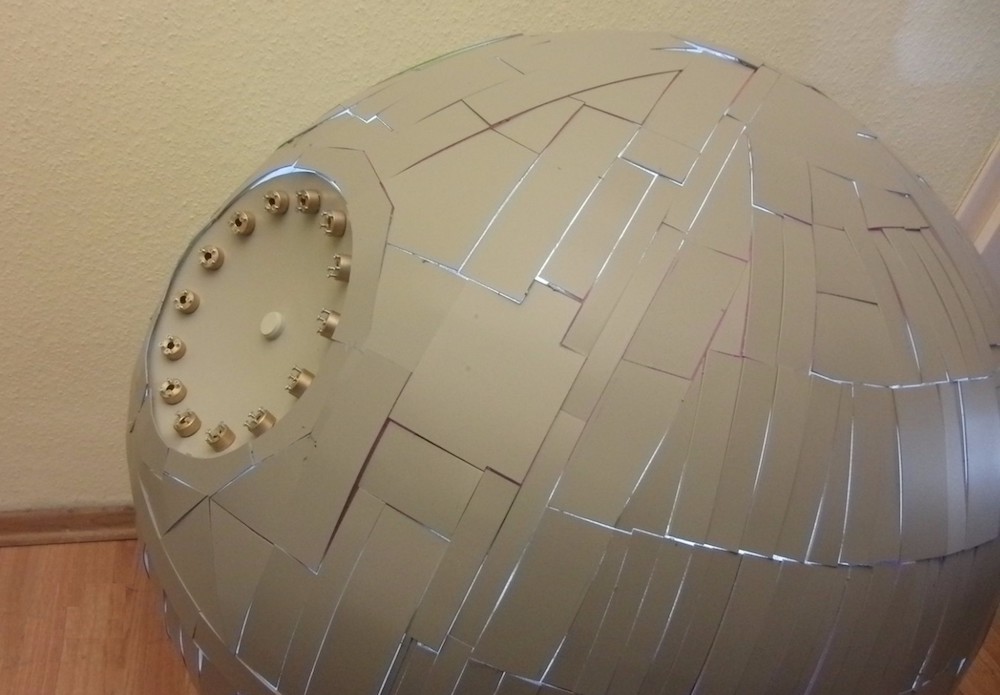 Patrick Priebe (aka LaserGadgets) started this build with some pretty mundane materials – he coated a beachball in fiberglass and resin, cut a hole for the base plate, added a ring of LEDs to light the interior, and attached a bunch of aluminum panels to give it a quasi Death Star surface look with trenches.

It gets a bit complicated after that. The base plate for the ‘superlaser’ is a reflector from a halogen floor lamp; fourteen 6-watt lasers are mounted around the edge, each at just the right angle so they all converge in one 84-watt blistering hot point. It can cut through carbon steel easily. Priebe even added a plexiglass rod to achieve the one big beam effect seen in the movies. 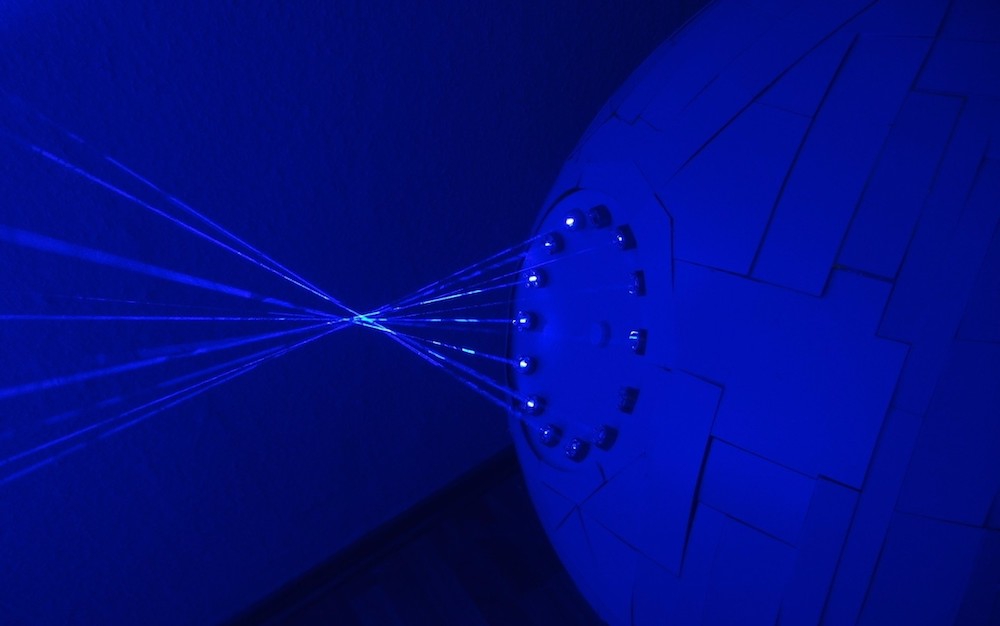 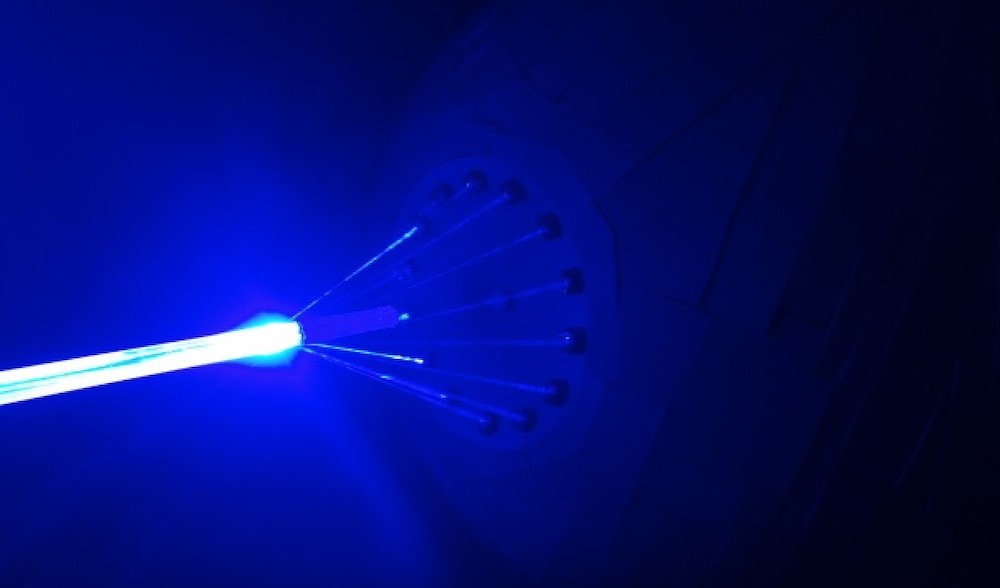 Author: Mars Garrett
Pop culture staff writer that has been on the BoLS team since 2010. Contributor on the One of Us podcast. Marvel, Vertigo, and dystopian sci-fi fan. Enjoys bad movies, amazing stunt performances, and the internet. Hates rom-coms. (she/they)
Advertisement
Pop Culture Star Wars
Advertisement 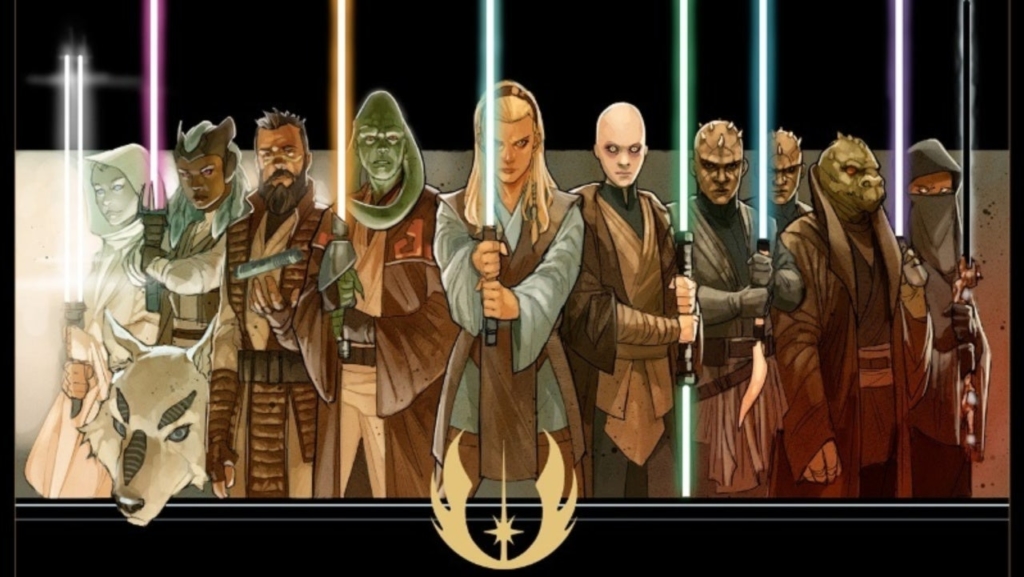