Ubersreik Adventures II (This time it’s personal) is a new sourcebook that will contain five new adventures set in world that was. Come check it out.

Ubersreik is one of the greatest cities in the world–but with people come problems. And Ubersreik has its share of problems. It is a city divided against itself, where greedy merchants scheme for power and sinister chaos cultists work to undermine the order of the Empire. Prepare to explore the city in further detail with Ubersreik Adventures II – five more adventures set in the divided city of Ubersreik. 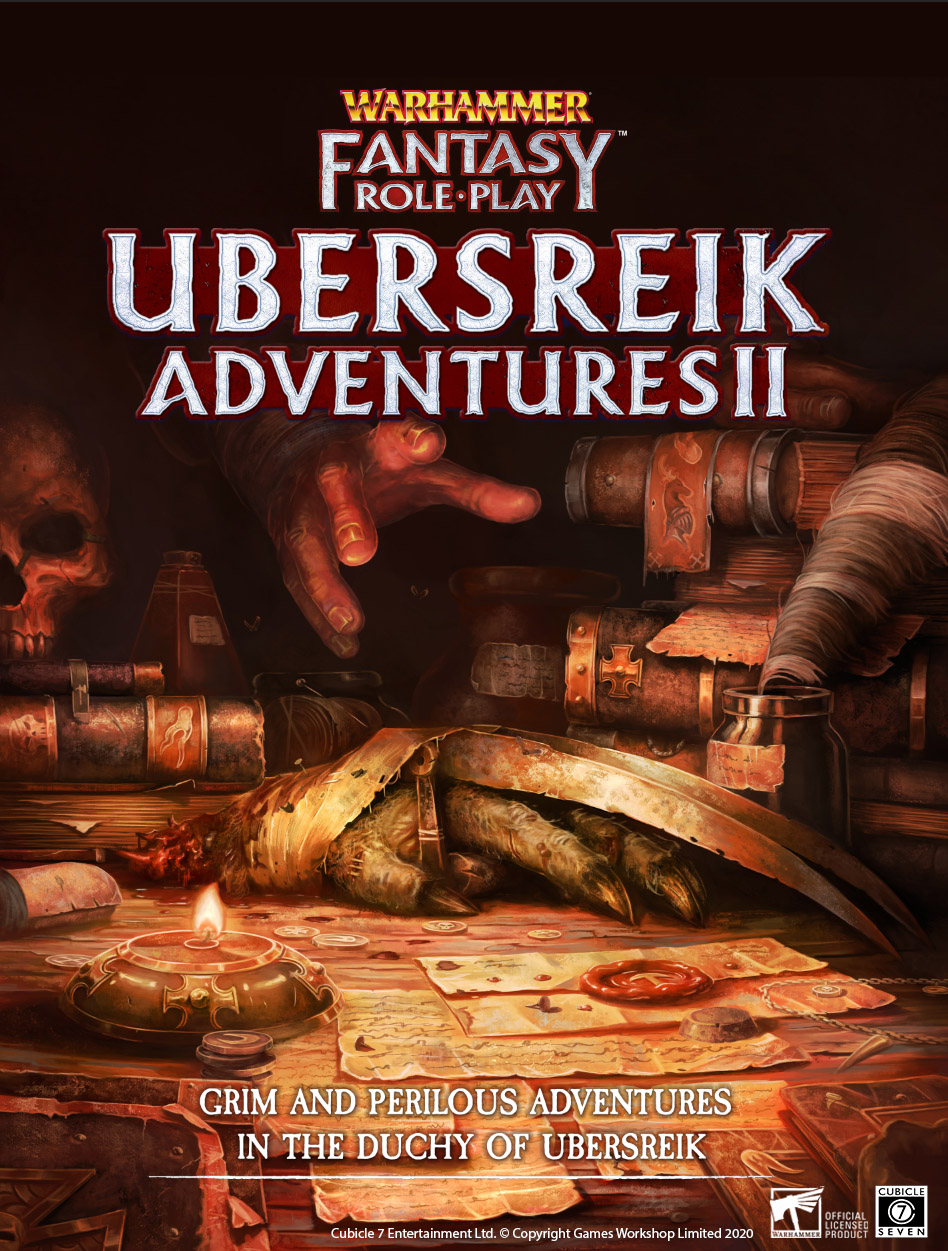 Ubersreik Adventures II contains five all new adventures, along with a chapter expanding on events in the City of Ubersreik, the setting established in the WFRP Starter Set. It explores the fate of the city, as it teters between direct Imperial control, the rule of the Jungfrueds, and perhaps a glimpse of a more independent future. This section introduces new characters, locations and plots, and provides suggestions and advice on incorporating developments your characters may have experienced (or caused!) during the events of The Enemy Within campaign.

The first two adventures Deadly Dispatch and Double Trouble are available now, and will be unlocked as digital downloads with your preorder of Ubersreik Adventures II. Fishrook returns will be sent as soon as it is available.